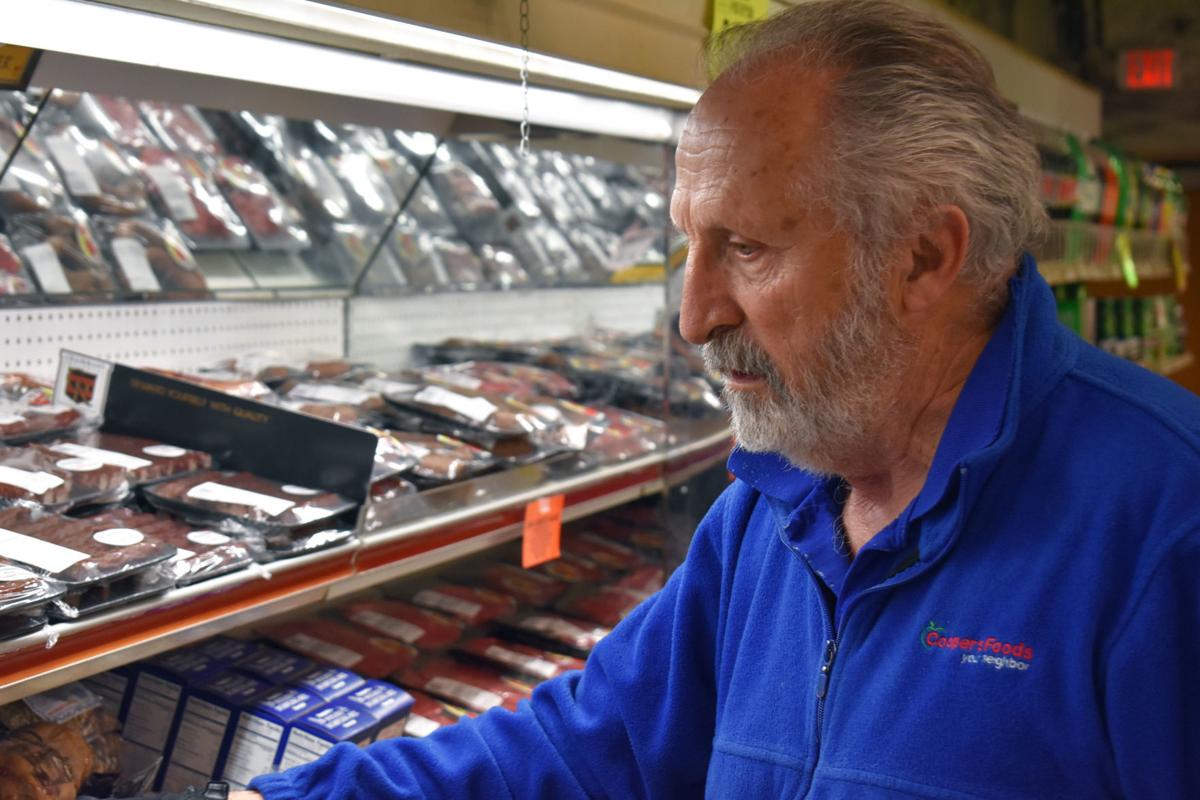 Gary Cooper walks through the meat section of Cooper’s Foods, where he’s been working since he was 11 years old. 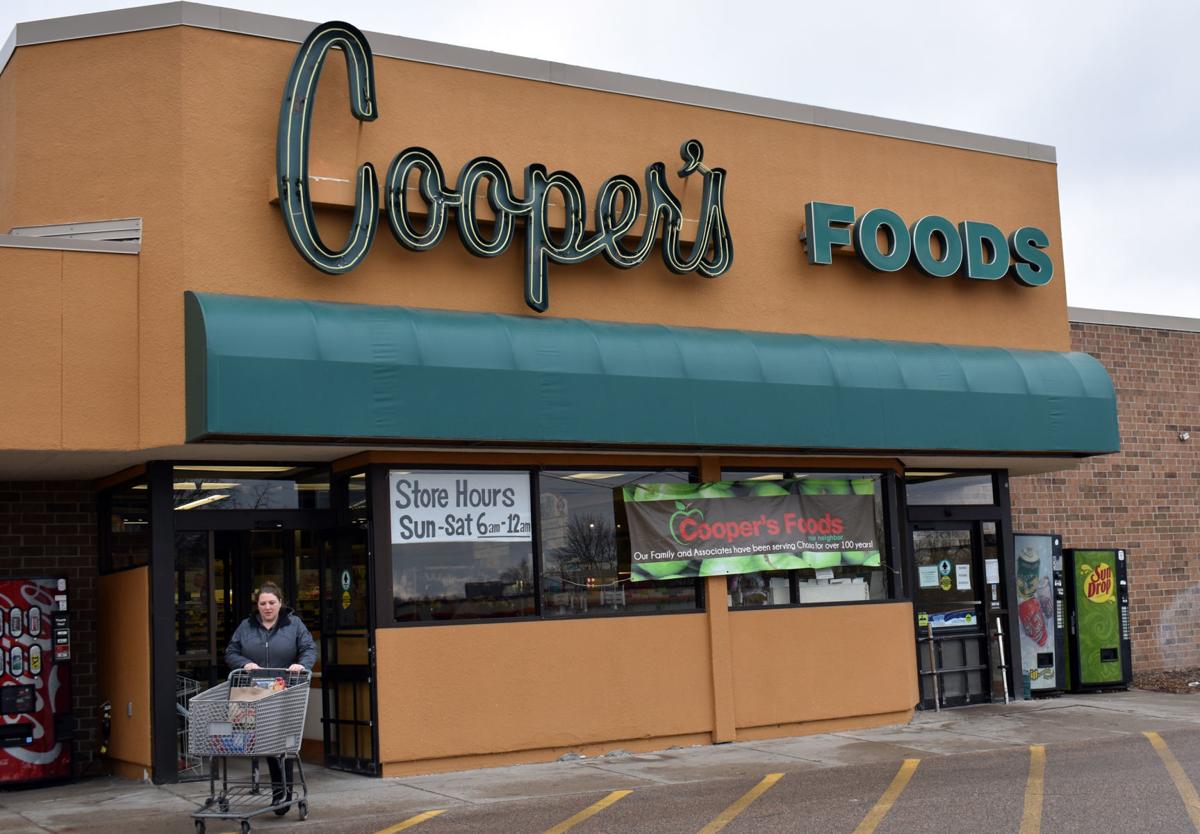 Dana Vickmark pushes her groceries to her car after shopping at Cooper’s Foods, where she’s been a loyal customer almost her whole life.

Gary Cooper walks through the meat section of Cooper’s Foods, where he’s been working since he was 11 years old.

Dana Vickmark pushes her groceries to her car after shopping at Cooper’s Foods, where she’s been a loyal customer almost her whole life.

On any given day, the familiar sounds of a grocery store are heard at Cooper’s Foods in Chaska: The carts lightly clanking, the beep of the register, the familiar, “Thank you! Have a great day!” from friendly employees.

On the way out the door, shoppers may have noticed a new sight on a community bulletin board.

“One Hundred Year Old Business at Risk of Closing,” the unassuming white piece of paper began.

The letter, written by the Cooper family, details a struggle the family is now making public: Cooper’s Foods, just off Highway 41 downtown, is in jeopardy of closing.

President Gary Cooper said he’s lost $150,000 a year running the store in the past three years.

“As a result of that, I don’t have an IRA anymore. I’ve spent about half of my 401K. I’ve spent almost all of my savings,” he said.

“If I look at what I’ve got left, and hopefully the years that I’ve got to live, if I spend anymore keeping the store open, I won’t have anything to live on the rest of my life.”

Cooper said he’s asking the community to step up and support the family-owned business or it might close soon.

Cooper’s grandparents, Joe and Rose, first opened the store in 1917 after peddling pots, pans and eggs. In the 1940s his parents, Jake and Lillian, took over the store. Today Gary and his wife Sandy, both in their 70s, run the store, along with their daughter and two grandchildren.

While growing up, all three of Jake and Sandy’s children worked at the stores, of which there were once seven. Today, Cooper’s Foods has two stores: one in St. Paul, the other in downtown Chaska. Cooper’s sisters, brother and grandchildren have all helped out with the business.

Cooper himself has been working for the store since he was 11 years old.

Over the years, Cooper said the store has seen financial troubles, but it’s always been able to bounce back. This time, he’s not so sure.

“I can’t sleep at night. I spend a whole lot of time worrying,” he said.

Larger grocery chains in the area seem to be claiming much of Cooper’s business.

“I know America loves them, but they’re predatory,” he said.

If Cooper wants to see his store survive this financial dip, he said budget cuts come next. He met with employees and managers to make a budget spreadsheet.

Today, Cooper said the store is losing over $2,800 a week on average. He’s hoping to make over $700 a week after cutting advertising, reducing certain items in the store, not replacing two employees who voluntarily resigned, and discontinuing certain discounts.

Cooper is still offering advertisements in the store and online, but expects to save at least $25,000 this year in advertising — changes he worries could lose business.

“They could be a disaster,” he said. “When you make changes in how you do business, you don’t really know how your customers are going to react to it.”

But he’s trying to look on the bright side of things.

He thinks the store has a 50/50 shot at keeping the store alive. When asked what customers can do to help keep Cooper’s open, he offered a simple answer.

It’s not that people aren’t coming into the store, Cooper said, but it needs more.

“We have a fair amount of good customers,” he said. “(But) we’re probably doing about 35% of what we did when we were at our peak.”

Throughout his life, Cooper said he’s done everything he can do to help others out. It started in his high school student council. From there, he joined the U.S. Marine Corps, then ran a group home with his wife for half a decade.

He’s been in the grocery business ever since, where he says he helps people on a daily basis.

When people ask Cooper for help, he hardly ever says no. He said he hires employees from drug treatment programs and those with handicaps.

“I give back to the community my whole life,” Cooper said. “So there’s part of me that sort of says, ‘If people have been asking you for help your whole life and you’ve been there to help them, why shouldn’t you ask them for help to keep your business open?’”

‘THEY HAVE TO KNOW

THAT I LOVE THEM’

Customers, too, feel the weight of Cooper’s situation.

On a cloudy weekday, Luann Baker helped her mother, Mary Gregory, with a few bags of groceries. They carried them from Cooper’s to her car.

Gregory has lived in the area for five years and she calls Cooper’s Foods her main destination for grocery shopping. They visit the store nearly every week.

A few months ago, Gregory stopped driving. Baker said it was nice for elderly folks to avoid busy roads and shop at a convenient, small store like Cooper’s.

If the store closed, the two said they’d have to venture to a farther location.

“I wouldn’t like it, but my kids come every week so they always call if I need anything,” Gregory said. “So they would bring me anything that I need.”

But the store works perfectly for her and she’s not looking to change things up.

“My mom prefers this,” Baker said. “She doesn’t buy a lot of groceries, but it has the kinds of groceries that she likes, and they always have what she needs and it’s close.”

Others have been shopping at Cooper’s Foods far more than five years.

Len Therres, 82, laughed when asked how much he shopped at the store.

“Not every day, but quite often,” he said with a smile.

He’s been shopping at Cooper’s for 68 years. If it went out of business, he’s not sure what he’d do.

“I’d have to go some place. I’d miss them,” Therres said.

The sentiment was shared across the parking lot — and the community.

“That’s what I keep thinking. Where will I go if Cooper’s closed?” Dana Vickmark asked.

She grew up in Chaska, where she still lives today near her parents’ home. She shops at Cooper’s “all the time” and prefers it over the bigger stores up Highway 41.

Beyond the store itself, she said another thing keeps her coming back.

“The people that work there. They’re a huge reason why I go in there. A lot of them have been in there for a long time,” Vickmark said. “They have to know that I love them.”

She positively commented on the meat department, which Cooper said is local and produced fresh on a daily basis. With a cart filled with newly-bought groceries, she said Cooper’s is the closest option and has a small-town feel she holds dear.

For Cooper, it’s undeniably close to his heart too. When asked what will happen if his family-run store closes, it showed.

“I love my customers. I love the people that are working for me. I love being here,” he said. “I like doing this. So that’ll be — I’m not sure what I’ll do.”