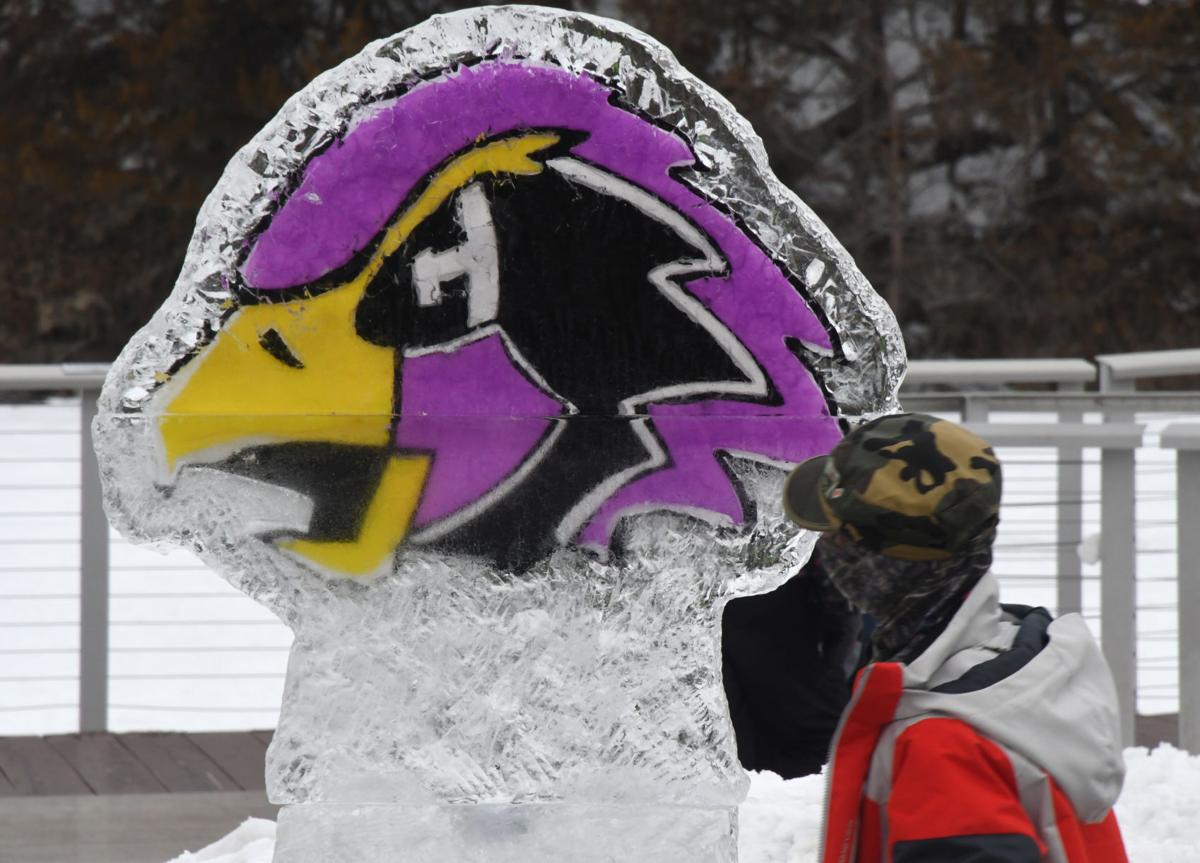 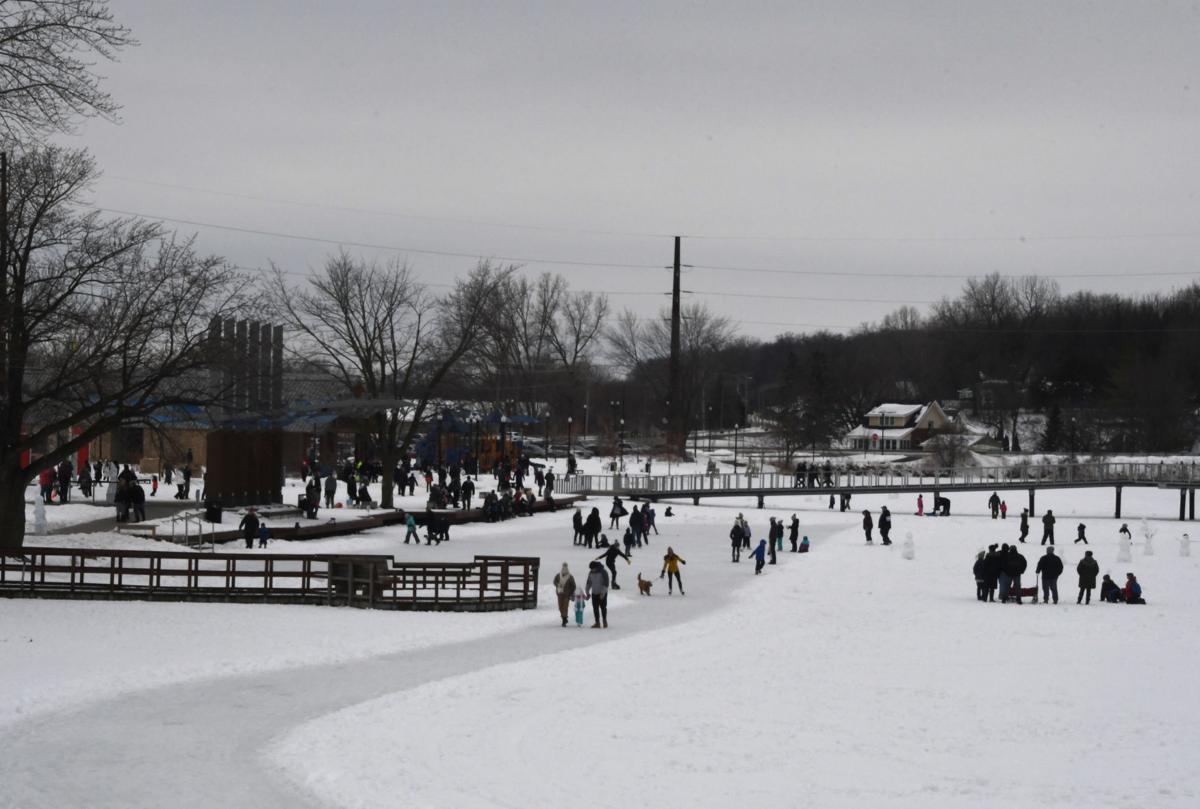 Firemen’s Park in downtown Chaska was busy for the unveiling of the ice sculptures on Sunday.

Firemen’s Park in downtown Chaska was busy for the unveiling of the ice sculptures on Sunday.

It’s the middle of winter yet Chaska city officials are hoping for chillier, cloudier days.

“I’ve never wished for cold weather in my life except for right now,” said Jen Angell, with the Chaska Downtown Business Alliance.

The organization is working with the city to cheer up Firemen’s Park for another few weeks to a month, depending on weather.

How so? By cooling it down with "Ice Gardens" filled with chilled sculptures.

It’s the first time Chaska has hosted such a display, which went up Sunday, along with a live ice carving.

Originally slated to start Jan. 9, a handful of carefully-crafted frozen pieces line the park walkway. They’re laid out to encourage guests to socially-distance by walking one way, taking in the creations at their leisure.

“I’ve never wished for cold weather in my life except for right now.”

"As we’re in the winter months, it’s kind of nice to have something that people can go see and take the family and a chance to get outside even though it may be cold out,” said Kevin Wright, the city's communications manager. “We still have to keep COVID in mind … We’re not quite there yet to do big community events.”

Still, familiarity is to be found at the park.

The creations, made by carving company Minnesota Ice, include a Chaska Hawk, a curling stone, and other recognizable amusements for all ages, Angell said.

Last fall, the business alliance reviewed the year — and the corresponding lack of events that brought, or didn’t bring, people to Chaska’s main hub.

“Our focus is really on things that bring people downtown to explore the businesses, to shop, to be a part of the historic downtown,” Angell said. “None of that had been happening.”

The big question: Could they do that and follow COVID guidelines?

After all, Hometown Holiday wasn’t in the cards this time around, nor was the annual block party. The alliance was able to use those funds for the ice garden. It seemed like perfect timing for a new tradition.

Angell said it’s a way for people to see new and familiar faces, enjoy the winter, and still stay safe. It could even be added to the yearly mix next winter, she said.

The original idea included food trucks, music, and activities inside the Chaska Event Center. The ongoing pandemic had other plans.

“We wanted to play it safe because we certainly don’t want anybody to not be able to maintain the things that have to happen right now,” Angell said. “We want people to come down, but we want them to come down and still be safe.”

Volunteers and staff are guiding visitors along the path and controlling possible crowds. She suggests people maintain social distancing, mask up, and sanitize their hands.

Another layer includes “winter fun boxes” dished out with help from the parks and recreation department. Angell said depending on how congested the park is, families can play with provided equipment to build snow people or forts.

Businesses throughout downtown will also hand out a snow-themed Chaska football when people make a purchase.

“We tied that in to really drive people downtown and support our awesome businesses,” Angell said.

Wright says the low temperatures shouldn’t be a deterrent to people hoping to get a glimpse of the pieces.

“In Minnesota, you know there's going to be winter,” he said. “So you have to take the opportunity even if it’s going to be cold.”

What: The Downtown Business Alliance is hosting a collection of ice sculptures in downtown Chaska.