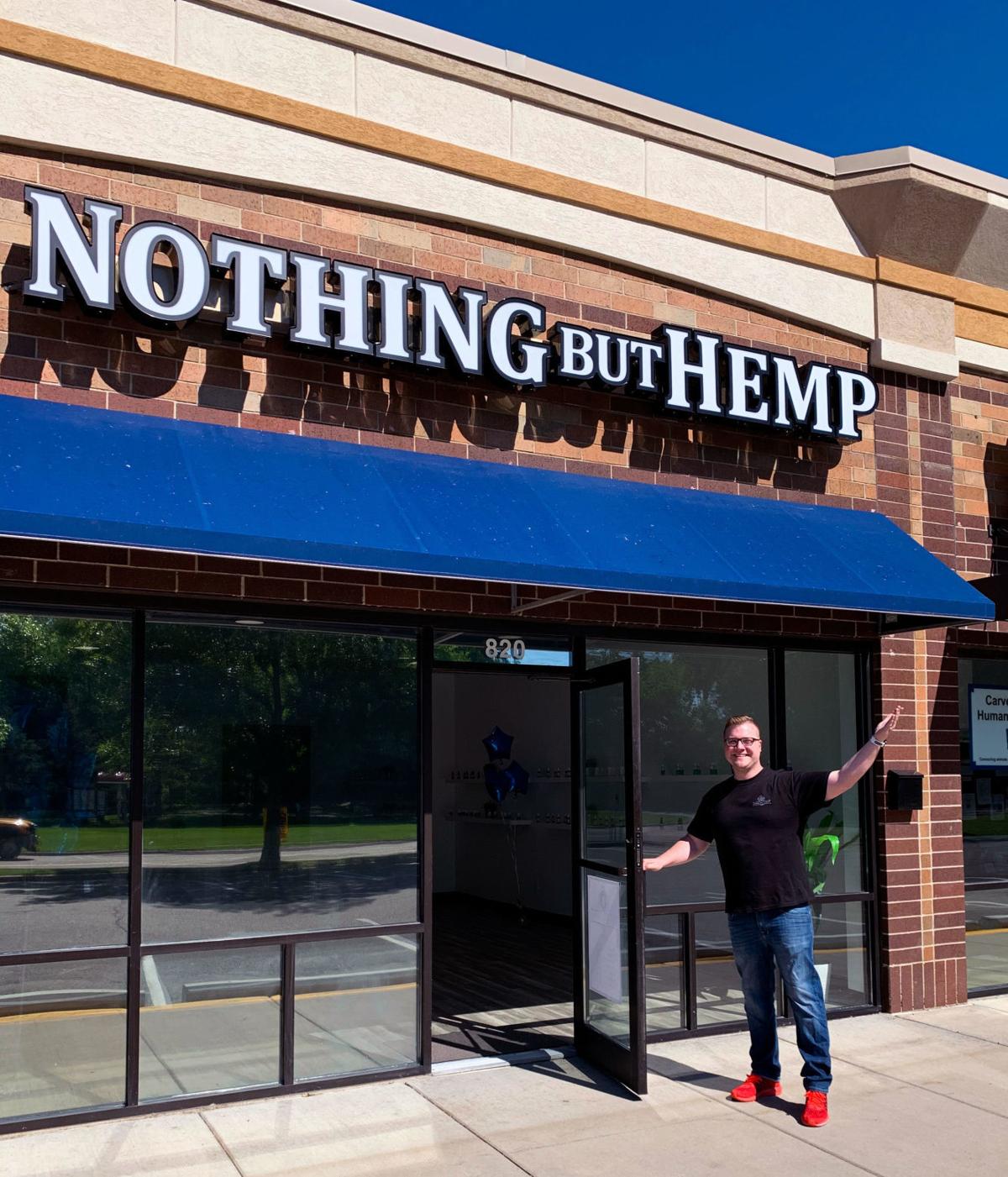 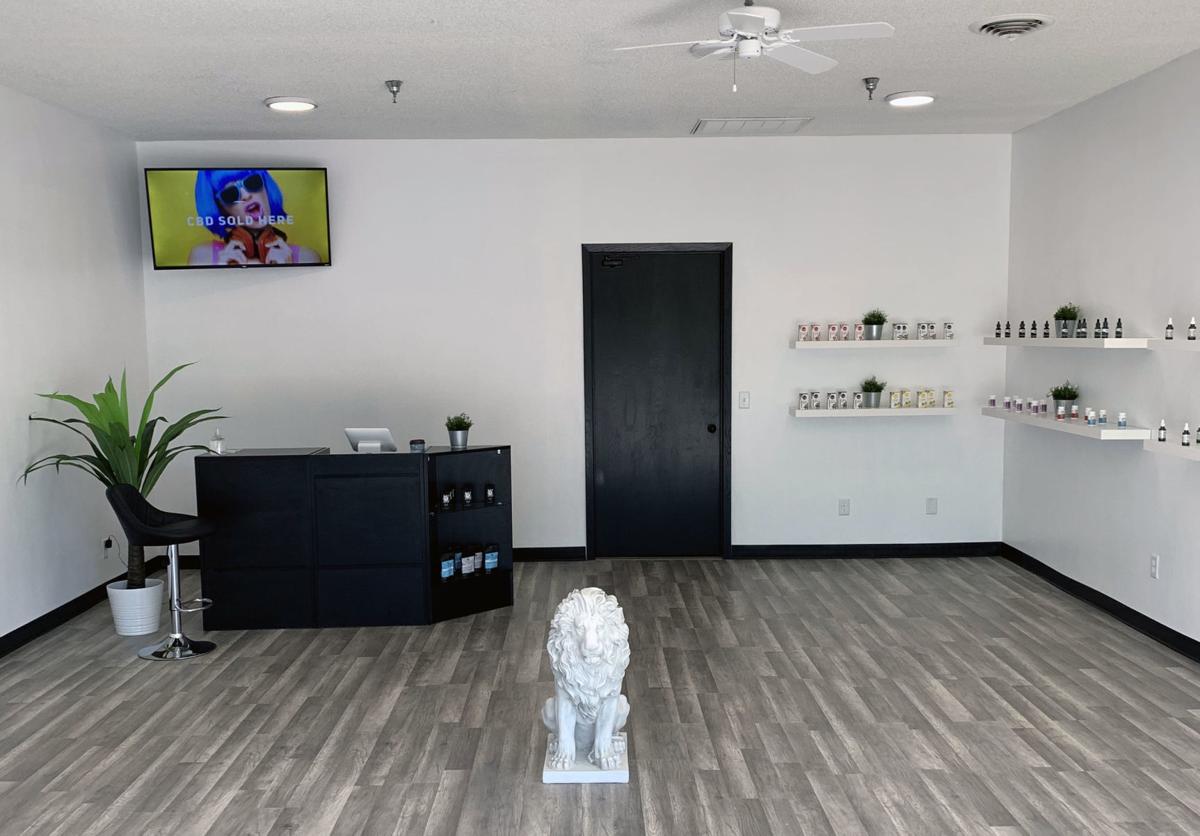 Julie Grant, co-owner, said the Chaska store has more of a "spa" feel.

Julie Grant, co-owner, said the Chaska store has more of a "spa" feel.

When Tyson Peters entered his late 20s, he noticed his anxiety around people was getting worse. Year after year, the social butterfly in him wasn’t flapping its wings as much.

He wanted to do something, but feared potential side effects of anti-anxiety medications. So he sought a different option: cannabidiol, or CBD. The first place he stopped was Nothing But Hemp.

“It can be a real life-enhancing product,” said Peters, a 30-year-old Bloomington resident.

Fast-forward several years, and Peters now runs his very own CBD shop in Chaska, along with his aunt Julie Grant.

Both are CBD users: Grant for anxiety and depression, Peters for social anxiety and back pain.

Their Nothing But Hemp store, one of nine U.S. locations, opened last week at 820 Yellow Brick Rd. Their first day brought in a handful of customers, the two said.

“Me and Julie are pretty well-versed with the Chaska community,” said Peters, who grew up in Waconia.

Grant, 42, has lived in Chaska for a decade, priming her for the frequent, “Welcome!” and, “Nice to see you!” from people stopping in the store.

Steven Brown, CEO of Nothing But Hemp, put out a call for affiliate store owners. His wife suffered from migraines, he said, before taking CBD.

Peters said when he saw Brown’s opportunity, the duo recognized the perfect timing. Grant hadn’t seen many CBD stores in the area, and Peters said they were at a turning point in their careers. It was go time.

So they filled out an application in early 2020, met Brown, and started planning the 500-square-foot place.

“I’m just really happy to have local affiliates to represent our Nothing But Hemp brand,” Brown said.

The three agreed CBD can be misunderstood. Lots of people think it has the same high-inducing effects as marijuana, but CBD has a small amount (or no amount) of tetrahydrocannabinol or THC, the main active ingredient in cannabis.

“It’s kind of like getting a lot of the positive health benefits that hemp offers you, without the high feeling,” Peters said. “I think that’s a huge misconception is that CBD will make you feel that way.”

Part of their goal is to teach customers the ins and outs of CBD, like what they can use it for and how it could help them feel better.

“When you walk in, we’re going to be there to greet you, educate you, ask, ‘What do you know, Why did you come in?’” Grant said.

For some, it’s chronic pain. For others, it’s anxiety or depression.

Grant said the shop has more of a spa feel than anything.

“It feels more healthy and open and clean, like you’re walking into a spa where you’re going to go look for your health, versus like a smoke shop,” she said.

OPENING DURING A PANDEMIC

The two hoped to open the shop a couple of months ago, but COVID-19 restrictions kept that goal at bay.

Brown said though hemp sales weren’t considered an essential business, Nothing But Hemp was granted an exception for their St. Paul store since they sold nutritional items.

“I’m excited to get it open, because I think the pandemic has caused so much anxiety and people are at home they can’t get out,” she said. “People are cranky.”

“If someone comes in wearing a mask, we do have them on hand to put them on. Whatever makes people the most comfortable,” he said.

“Typically there’s not more than one or two customers in the store at a time so far… It’s not like a cafe or anything where it starts to get packed,” Peters added.

They’ve also set up a website-based delivery service, something Brown started work on earlier but was propelled more quickly by the pandemic.

Brown said his goal is to run just a few stores and hand the rest to local owners. In the works is a Stillwater and potential uptown Minneapolis location. He said every sales rep has been through a cannabinoid certification.

Closer to home, Grant and Peters said they’re just thankful to be in Chaska and selling a product they believe in.

For now, it’s just the two running the store.

“We figured we’d keep it more hands-on, to say the least,” Peters said.

It’s the first time both of them have owned a store, and it’s now Peters’ full-time job. They’d had customer support and sales jobs, but Peters said business ownership is something they both always wanted to do.

“We’re really happy to be in Chaska,” Grant said.