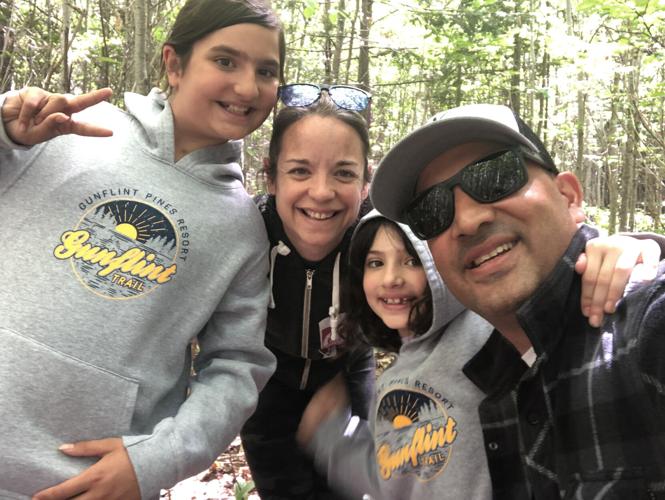 The Batheja family, from left to right: Camdyn, 13; Becky; Priya, 9; and Cyrus Batheja. 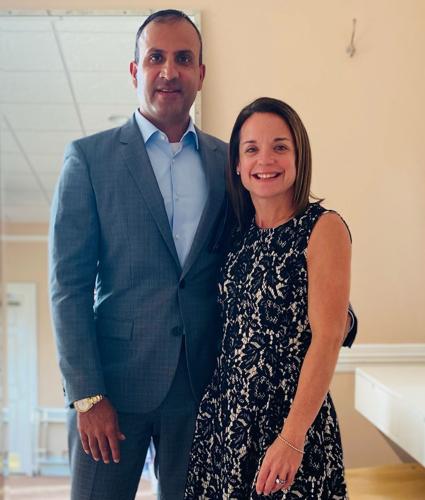 The Batheja family, from left to right: Camdyn, 13; Becky; Priya, 9; and Cyrus Batheja.

By the time she was 22, Holly Betker and mom Jeannie Jackson agreed it was almost time for Becker to move out on her own.

They were both adults; each needed their space. So the house hunting needed to begin.

“Frankly, it scared me,” Jackson said.

Sure, it can be hair-raising to help your child move out on their own. But for their family, there was an added challenge.

“All the help she needs,” Jackson said, noting Betker, 31, has special needs and stage four colon cancer that require significant assistance from others. “And I had this horrible vision, the 1970s, ‘80s vision of what I thought group home would look like.”

But thanks to Batheja Supportive Living Services in Carver Bluffs, where Betker has lived for eight years, she soon found a home in the truest sense of the word.

Betker’s now-best friend lives in the family-run adult foster care home with a handful of others, who each rent their own living space. Half-a-dozen staff help them with hygiene, meals, job preparation and program enrollment depending on their needs.

Even with current times, Batheja SLS keeps up its activities: workout TV, music sessions, arts and crafts, and online meetups, to name a few.

That sense of community is something the owners, who live in the lower level of the two-story home, have strived for since opening in the early 2000s.

“They’re actively involved in a lot of the things that are happening,” founder Cyrus Batheja said of his daughters, 13 and 9. Making meals, planning activities, socializing.

But the real goal, beyond having that camaraderie?

“Helping people transition into a place they can be more independent and spread their wings and fly,” said Batheja, a licensed public health nurse.

The road to hosting folks in the Batheja family home didn’t appear from nowhere.

He says it all started in 1985 when he and his single mom, Homai Batheja, emigrated from England. Within the 15 years it took them to become Green Card holders and eventually citizens, they moved to Minneapolis. His mom enrolled in a two-year nursing program at Normandale Community College. She went into nursing home care; Batheja followed that path and became a registered nurse.

And so it began.

“My mom and I, and my now-wife noted the opportunity to provide better living situations for people who were in need of nursing help and support,” he said. “And I was a little bit jarred by the way that I was being treated as a nurse in practice in a corporate setting.”

In 2000, the family opened a county-licensed adult foster care home in Waconia, still running today. Four years later came the Carver care facility, both focused on serving mainly Carver County residents, moving in themselves in 2005. Cost per room is around $800 per month, with Medical Assistance stepping in to cover costs.

“It was an opportunity for us to practice nursing the way we should be,” Batheja said.

“(To) provide housing that we were really proud of, to provide meaningful, impactful care. Giving our staff and team a place they could thrive and feel they were part of the solution rather than just an outsider, like how I felt,” Batheja said.

In time, he got a four-year degree and then a Masters of Business Administration, followed by a doctorate at the University of St. Thomas. He currently works for United Health Group focusing on homelessness, trauma-informed care, and hospitalization trends.

In 2008, the couple had their first daughter.

“We had to navigate how to continue to support the folks we thought of as our family, but at the same time start to raise ours,” Batheja said.

They remodeled the basement to accommodate, essentially serving as its own two-bedroom apartment. Residents, who Batheja prefers to call friends and family, stay on the upper floor.

“What’s become great as a parent is (my daughters) really see us, our family and themselves as ‘community helpers.’ I quote what they call us,” he said. “We kind of stepped off a ledge a little bit and understanding what it was gonna be like and have little kids and share that experience of growing up with having individuals in our home. It’s just a really beautiful thing.”

That beauty is contagious.

In 2009, a woman moved into the house and just graduated. In those years she got help managing her conditions and building life skills.

She got a job in healthcare, found her own apartment, and had a graduation party (complete with cake) to celebrate the transition into independence.

Caregivers work around-the-clock each day of the week to help with just that.

They do medical monitoring, support behavioral health, and serve as right-hand disability aids. Some help with grocery store transportation, making meals, ensuring safety, and providing wound care and medication management. Part of the deal is regular goal check-ins with family.

About half of residents stay over the long haul and the rest are off to their own living situations in time. Batheja said most come to SLS as young adults.

Each has their own room with a shared kitchen, living area, deck and dining room. It’s a perfect concoction for relationship-building.

In normal times, everyone spends holidays together. Residents were there for the birth of children and seeing them grow up.

“It’s similar to like a brother-sister relationship,” Batheja said. “Our home is their home.”

Jackson said when Betker was born, she never thought any of this would pan out. But she’s grateful it did.

“It’s really important when special people come into your life and walk down this path you never really expected,” Jackson said. “I’m really thankful. They are a huge blessing.”

“(We help) people transition into a place they can be more independent and spread their wings and fly.”