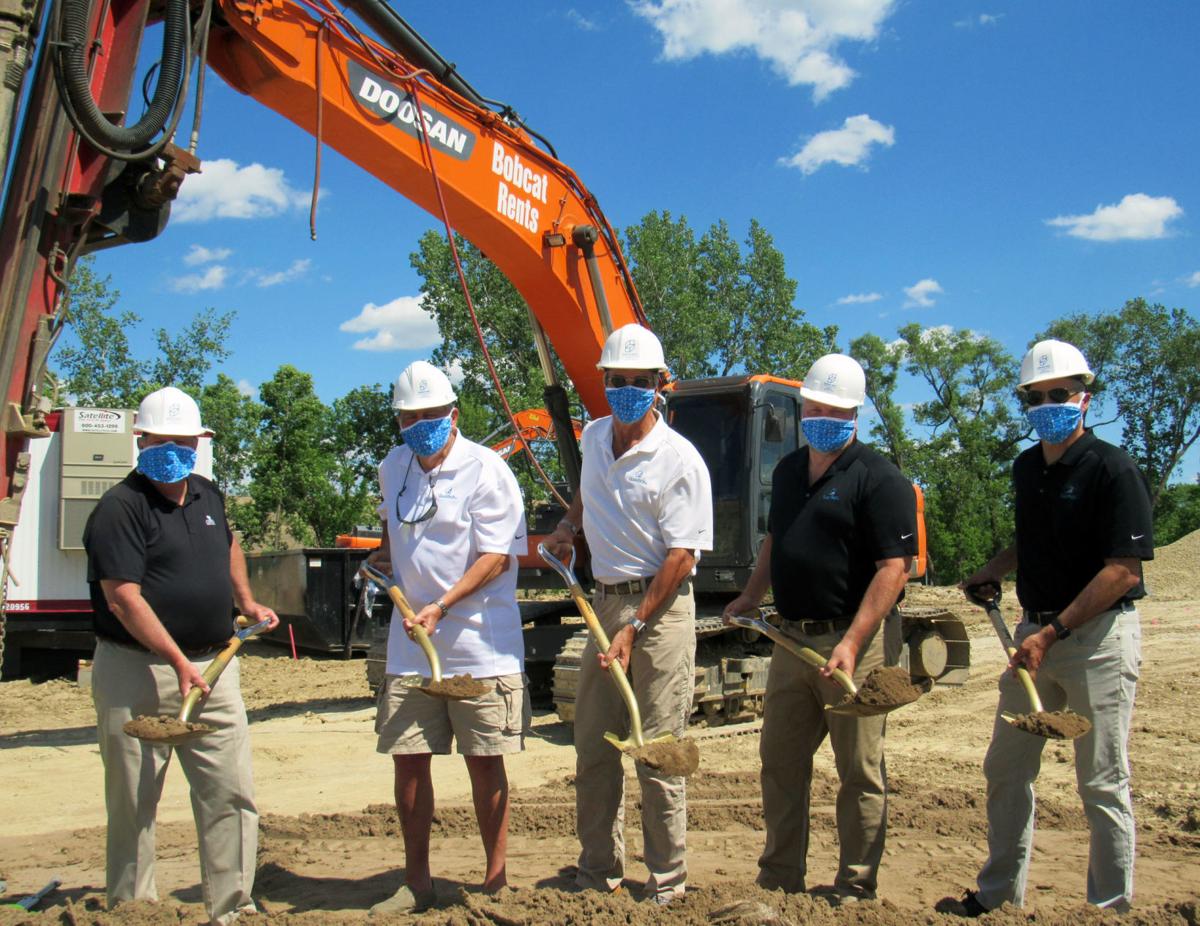 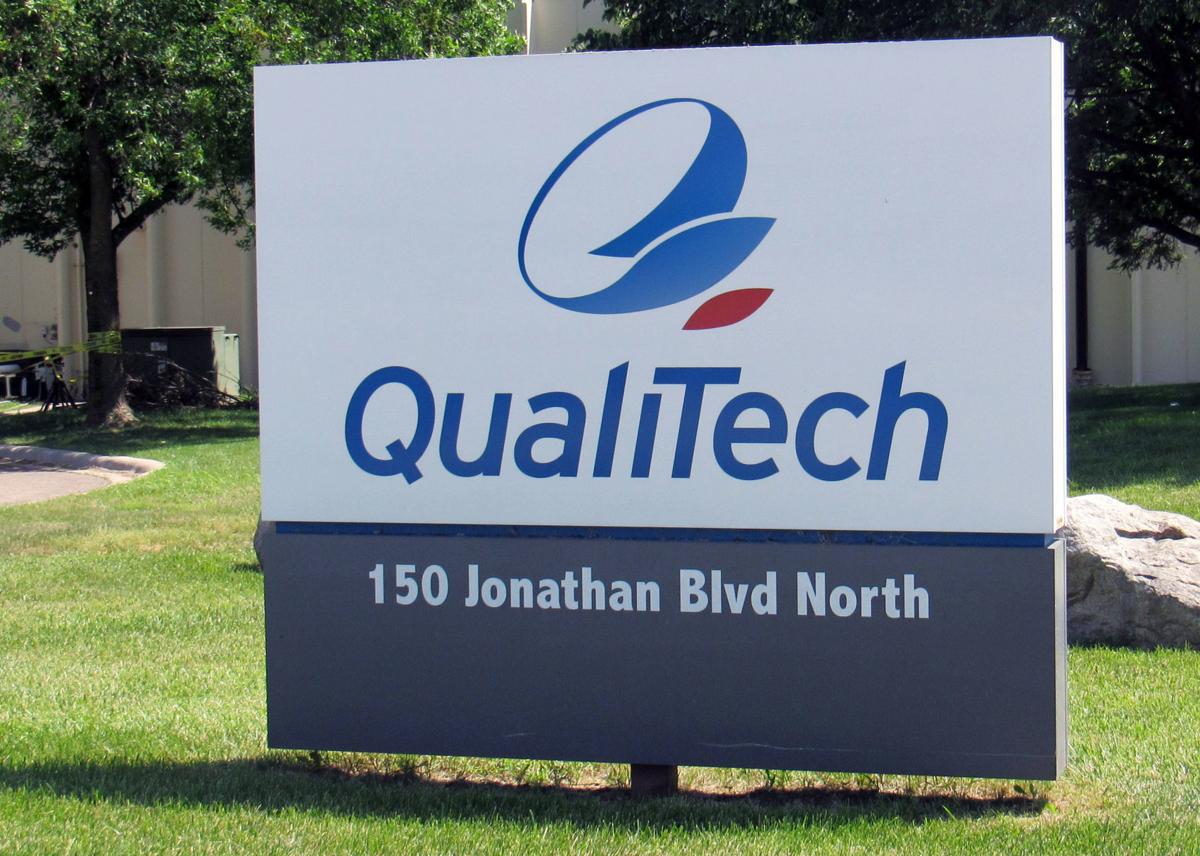 Walk into the cookie aisle of the grocery store, and the choices might be overwhelming: Chocolate, peanut butter, marshmallow or even Fourth of July-themed.

For QualiTech, Inc., which provides ingredients for cookies and other bakery items, beverages, antibiotics and many other products, that’s an all-too-familiar story — and a growing one, at that.

On June 11, the Chaska family-owned food processing and production manufacturer broke ground on construction for a nearly 27,000-square-foot expansion.

The company sells ingredients to big-brand food suppliers, as well as making livestock nutrition products. The expansion, Hodgens said, will roughly double the building’s size to give manufacturing those items breathing room.

Though Hodgens started working at QualiTech in 1995, the company’s history dates back to the late 1960s. (The company celebrated its 50th anniversary in 2017.) After a short time in Hopkins, it relocated to a location near Lake Hazeltine in Chaska.

Still owned and operated there, the Hazeltine location mostly focused on products for livestock, like dairy cattle, Hodgens said.

In the mid-1980s, the business built its newest building in a nearby industrial park in northwest Chaska, where it is expanding today.

“They experimented with a couple of things in the mid-’80s, and settled on food ingredients in the early ’90s,” said Hodgens, who works mostly in the Chaska building.

After some transitions in ownership and partners, in the 1990s Chaska founder Del Ploen and his four sons, Cory, Jeff, Kye and Mark, consolidated QualiTech’s leadership to the family.

“That was kind of the start of the QualiTech of today,” Hodgens said.

Hodgens said the decision to expand came down to a few things: Incoming new products, more customers and the need for a more manageable employee workload.

“We’ve really been running like crazy,” he said. “We have more customers who really want our products than we’re capable of producing them.”

Manny San Miguel, chief operating officer, shared a similar sentiment. He said the company was running at roughly 135% of its capacity. Couple that with a growing demand, and an expansion becomes more necessary.

“The products have evolved over time and it’s hard to evolve the building with them,” San Miguel said. “It’ll give us breathing room for what’s been a hectic running schedule lately.”

They said operations have continued nearly every weekend for some time. Getting back to a Monday through Friday work schedule is the goal — something that’s manageable and balanced.

San Miguel said they hope to finish the expansion by the end of the year, featuring new production rooms and some warehouse space.

Though construction plans have been in the works since last summer, owners knew they wanted to expand long ago.

“They built it with the intention that someday we would get to the size that we would tip up the other half,” Hodgens said.

QualiTech leaders said there’s a reason it is expanding in the current location, not relocating. San Miguel said a building “lift and shift” wasn’t ideal for a few reasons. The main push?

“We really want to keep this in Chaska,” he remembered the Ploen family saying.

Many of the 125-some employees live in Chanhassen and Chaska, and decision-makers wanted to keep it that way.

When the site was originally sold decades ago, plans included a specific area for physical growth. This year, that’s becoming reality.

“We got to stay in the community, which is wonderful,” Hodgens said. “We’ve got a lot of Chaska roots.”

When asked about any virus-related complications of expanding, Hodgens first responded with a laugh.

“If we’re not able to produce our ingredients, grocery shelves don’t have products,” he said.

Since QualiTech is considered a critical infrastructure company, the show had to go on. It just looked a little different.

Offices were emptied out before the governor’s work-from-home order, and those who needed to enter the building had temperature checks.

“Our mission was: We want to keep the individuals who are producing the products safe by minimizing their exposure to anyone else,” Hodgens said.

QualiTech made a reopening plan, phased by groups. But for now, they’re taking it slow.

Though staff say they miss each other, by the time they return to the office they’ll have a brand new expansion (or at least one in-progress) to look forward to.

“It’s just an exciting time for our business,” Armstrong said.