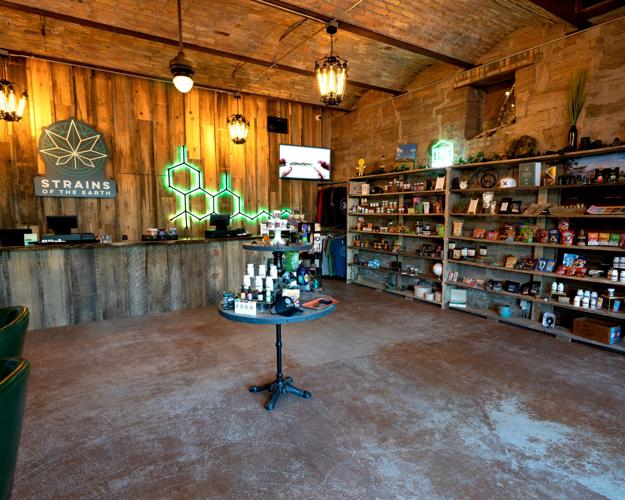 Strains of the Earth in Jordan was allowed to continue selling hemp-derived THC products after the city approved a moratorium during the summer. 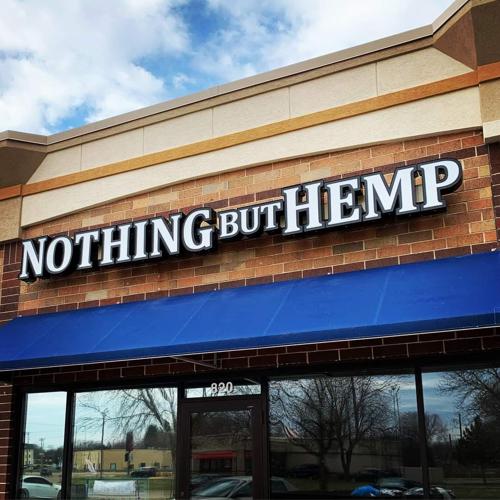 Nothing But Hemp in Chaska is one of the stores in the surrounding community that has hemp-derived THC products.

Strains of the Earth in Jordan was allowed to continue selling hemp-derived THC products after the city approved a moratorium during the summer.

Nothing But Hemp in Chaska is one of the stores in the surrounding community that has hemp-derived THC products.

His bid for office was unsuccessful as he faced off against the incumbent Ron Hocevar, whose argument came down to the state Legislature should decide whether or not marijuana is fully legal.

Lawmakers may soon be making that decision.

Days after Gov. Tim Walz won his second term as governor and the Democratic-Farmer-Labor party took control over the House and Senate, Walz said Minnesota could pass legislation as early as the new legislative session.

In the meantime, it’s up to local communities to handle legislation passed in July that allows those 21-years-old or older to purchase hemp-derived THC products that contain less than .3% THC and 50 milligrams or less per package.

Shakopee to take a vote

The Shakopee City Council is expected to take a vote on a proposed ordinance related to THC licensing and regulations on Dec. 6.

As part of the proposed ordinance, only stores that have a valid tobacco license would be allowed to get licenses.

One of the bases for denial of a license includes “the applicant has been convicted within the past five years of any violation of a federal, state, or local law, ordinance provision, or other regulation relating to THC products.”

The proposed ordinance also states that if an applicant has failed a THC or tobacco compliance check within the last five years, their license can be denied.

In November, Shakopee Police Chief Jeffrey Tate said he had concerns about THC products being sold in the community after the city had 10 compliance checks failures for tobacco.

“Part of the reason people advocate for (selling THC) is that they’re doing the checks and have the training,” Tate previously told Southwest News Media. “Well, if that’s the case, then they should have no problem with these compliance checks. This certainly gives me more pause when you see this many tobacco places failing around here… doesn’t create a lot of optimism.”

Shakopee communication manager Amanda McKnight said after the latest round of compliance checks, it was decided to add the language regarding tobacco license holders with compliance violations in the last five years being bared from having a THC license.

Applicants that have outstanding fines, penalties, fees or taxes owed to the city, City Public Utilities Commission, county or state could also be declined a license.

THC products will not be allowed to be sold in vending machines.

“This proposed ordinance is basically meant to fill in the gaps created by the state’s legislation that was passed haphazardly this year,” McKnight said in an email. “If the state were to pass recreational marijuana legislation in the future, we expect that to be more fleshed out than this year’s legalization, and thus the city would very likely adhere to future state guidance.”

All licenses under the proposed ordinance would be issued for one year.

After the state passed legislation in July, counties began to put moratoriums in place, prohibiting new brick-and-mortar stores from selling products for up to a year in some circumstances.

Some municipal leaders are hopeful that decisions will be made soon rather than later in St. Paul.

“We are hoping the state addresses it fairly quickly this session and then we will create ordinances to match the new legislation,” Jordan City Administrator Tom Nikunen said. “We need to do licensing somehow, and probably similar to alcohol and tobacco. In the meantime, we are researching other cities’ ordinances to compile an ordinance that fits Jordan.”

Jordan grandfathered in Strains of the Earth, the one store that was selling THC products in Jordan at the time of the moratorium being put in place.

Savage City Administrator Brad Larson said city staff is continuing to work on a draft policy to present to the city council regarding licensing and zoning. He said it is anticipated there could be something on the agenda as soon as February.

Meanwhile, in Carver County, Chaska has taken a hands-off approach.

Kevin Wright, communications manager for the City of Chaska, previously said a moratorium isn’t under consideration. “We are expecting the state legislature to look at this when they are back in session,” he said. “We want to make sure we are consistent with what the state and other cities are doing.”

Kurtis Hanna, a lobbyist for Minnesota National Organization for the Reform of Marijuana Laws, said he isn’t opposed to the state moving forward with adult recreational use; however, he said he recognizes there are major issues for consumers with it still being federally illegal.

He said since marijuana is classified as a Schedule I drug, businesses that sell it aren’t able to have any federal tax write-offs.

Hanna said he hopes to see talks with the state and the federal government.

“That is probably the path that recreational cannabis companies are going down if the State of Minnesota doesn’t step up a little bit and try to get the Biden Administration to follow through with their campaign promise allowing states to decide how they are going to treat cannabis,” Hanna said.

Due to the financial strains that federal prohibition has for businesses, Steve Brown, the owner of Nothing But Hemp in Chaska, said he thinks it’s wise to wait.

“We don’t have the infrastructure yet for legalization,” Brown said.

Brown also pointed out a lack of licensing, specifically when it comes to on-site consumption. Currently, there are a number of bars and restaurants across the state that serve THC infused drinks in addition to their normal assortment of cocktails.

He said he ultimately wants to see on-site consumption strive.

Another issue that Hanna said he will be keeping his eye on is in terms of anything being done for minority communities, which he said has been disproportionately impacted by marijuana being illegal.

“Are we going to make it so the market itself is able to be preferential for people of color, or are we going to take proceeds from tax revenue and invest it into communities of color?” Hanna said. “I think that is definitely going to be a large part of the conversation.”

Whether or not the state legalizes marijuana or not, Jordan Police Chief Brett Empey says he’s not going to lose any sleep over it.

“It is what it is, I’m not going to lose any sleep over the matter regardless of which way our legislators go regarding marijuana legalization,” Empey said in an email. “We’ll just have to work within whatever legal parameters are established as we always do when legislation is passed.”

“The felony cases were all concentrate THC wax and oil possessions,” Empey said.

Savage Police Chief Rodney Seurer told Southwest News Media in October that out of 34 marijuana/THC cases since Jan. 1, 20 of them weren’t charged.

Seurer said the 14 cases sent to the County Attorney were “cases involved serious driving offenses such as DWI, fraud, and felony possession of other illegal drugs which are all serious crimes and a community safety concern.”

Hocevar, the chief prosecutor for Scott County, when asked about his opinion about legalization in September, said “whether I support it or not is irrelevant to the position of the Scott County Attorney. Once I was elected, I took an oath to uphold and enforce the laws of the State of Minnesota — whether I agree with them or not.”