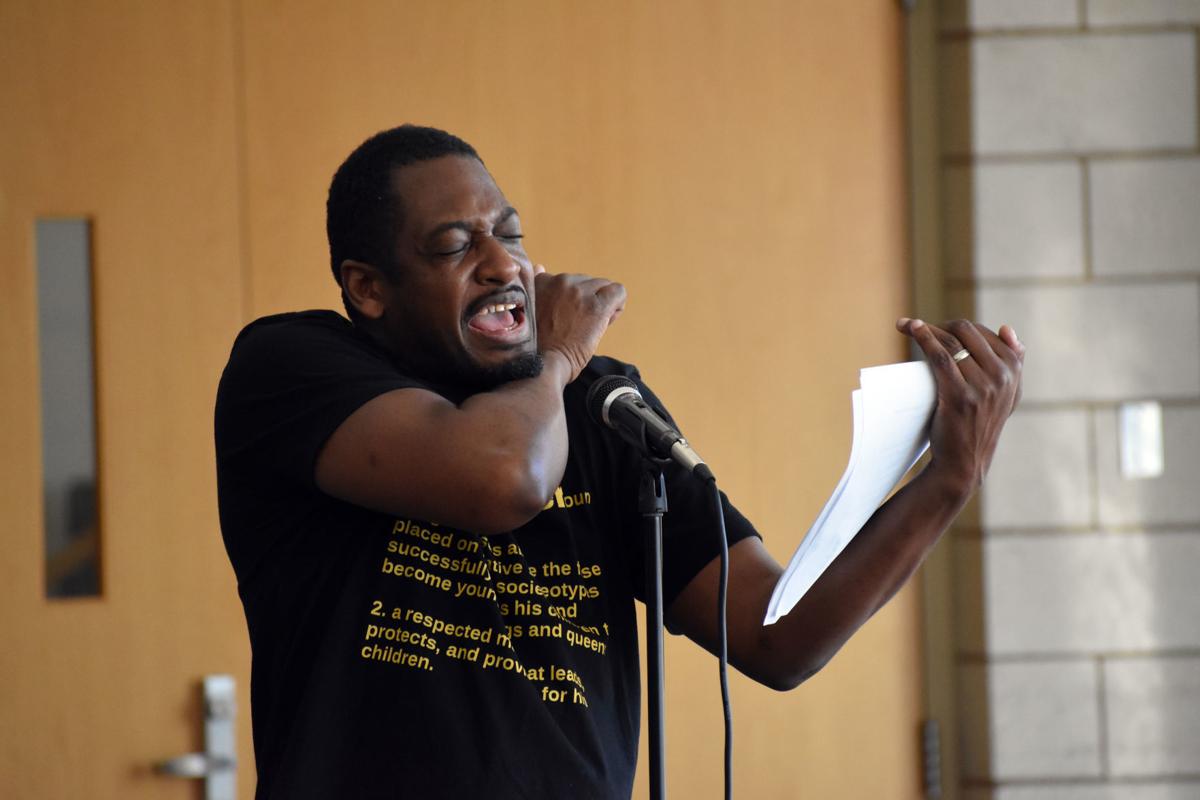 Frank Sentwali Gardner, spoken word artist and educator, performs a piece for students in the commons. 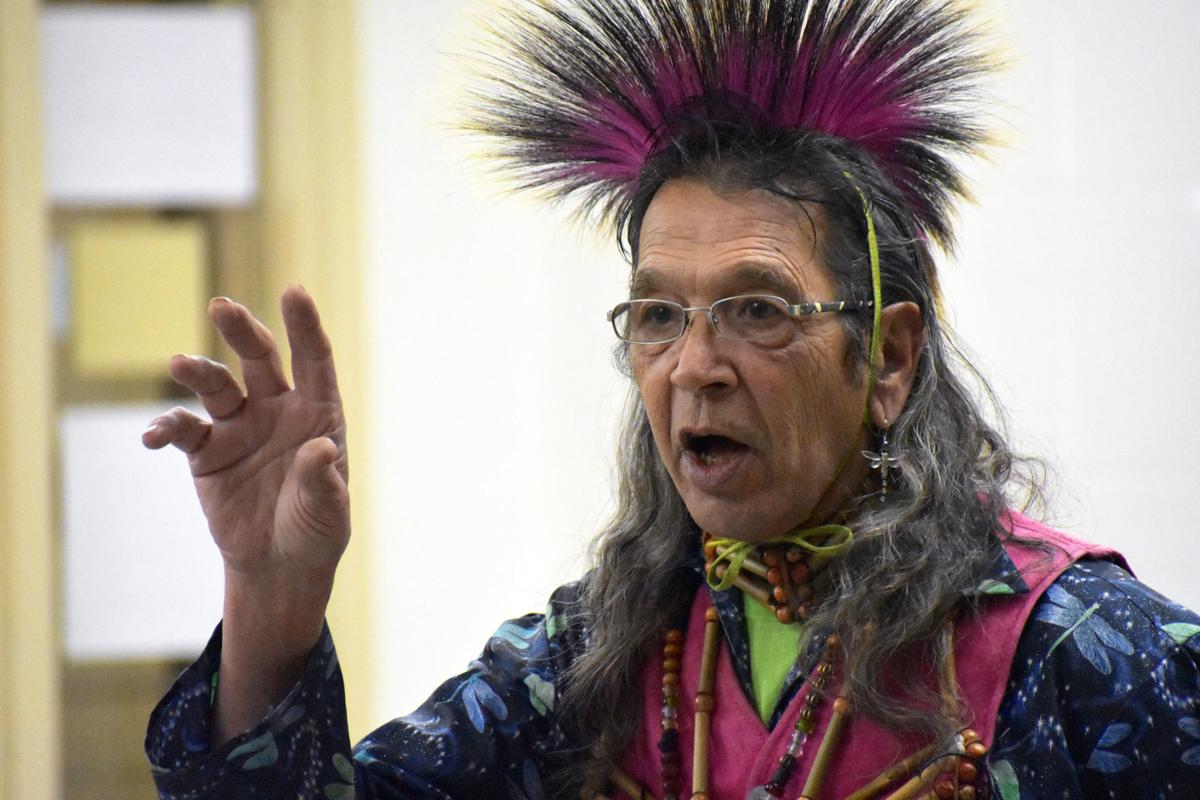 Walt Ripplinger, of Lakota heritage, gives advice to students at the end of his talk as a part of Chaska High School’s multicultural day. 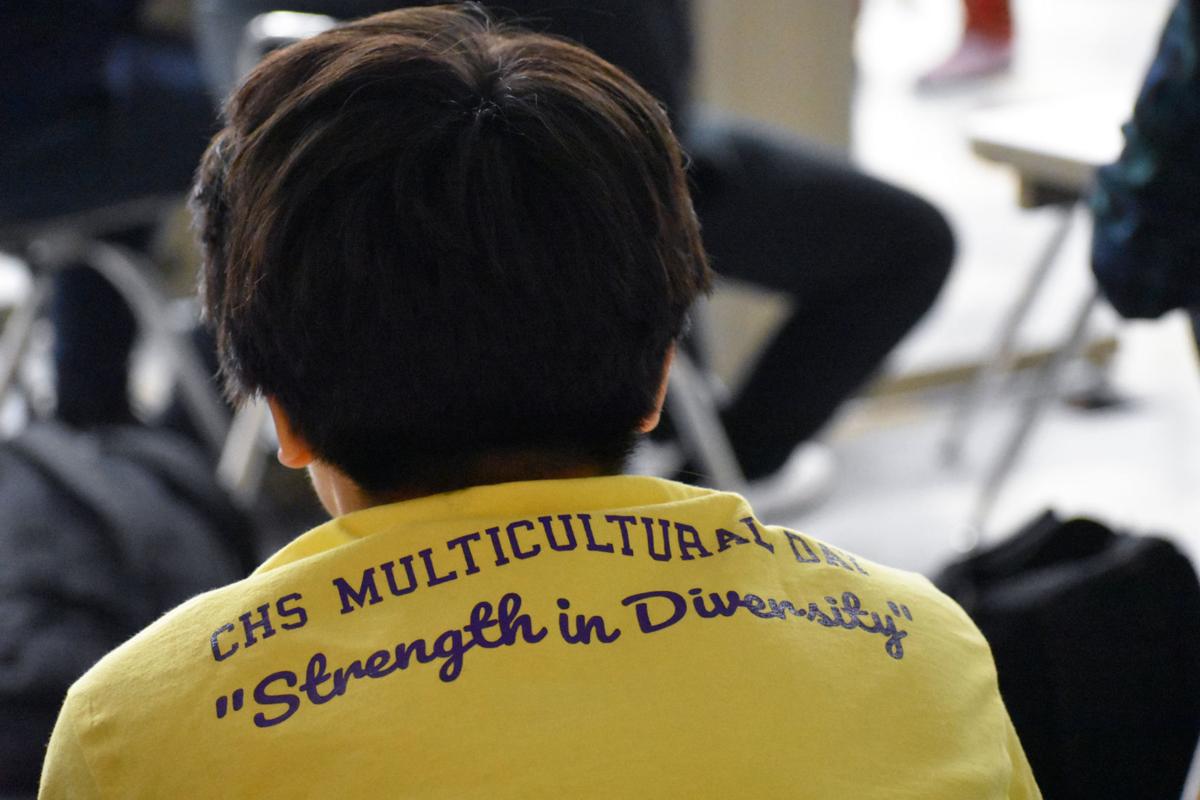 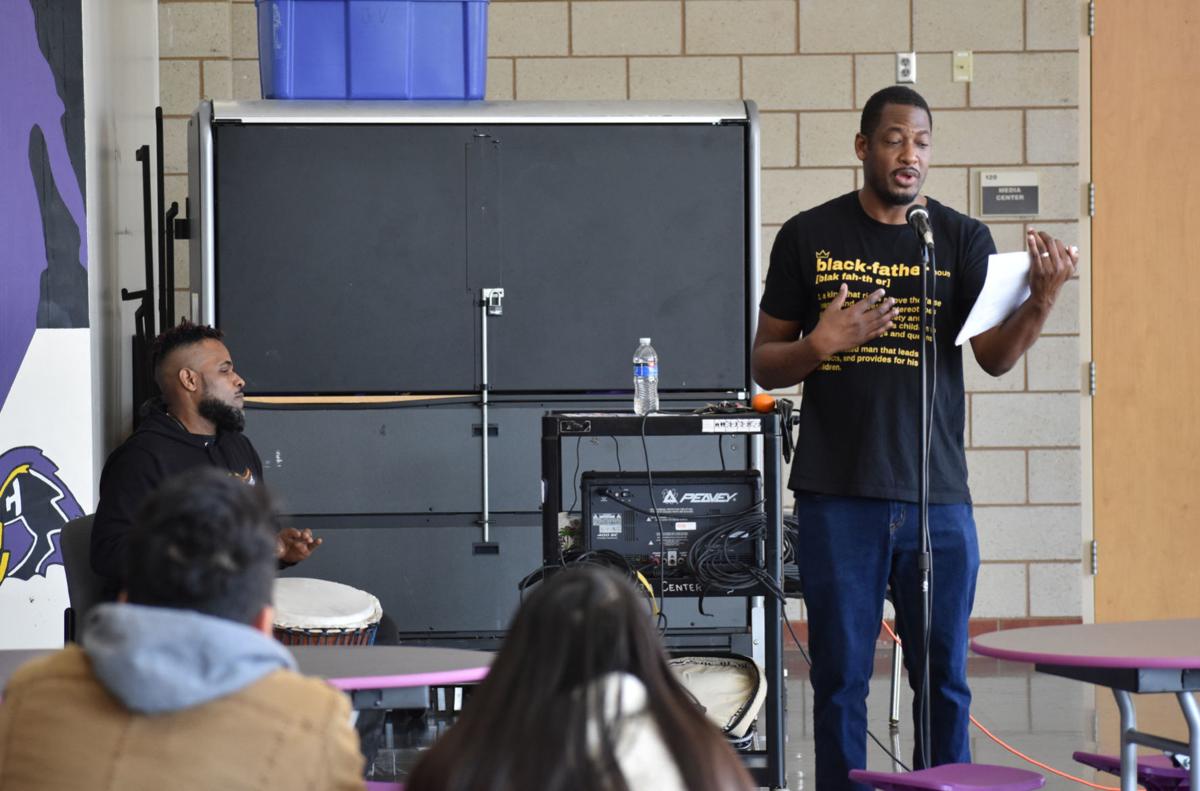 Frank Sentwali Gardner, spoken word artist and educator, performs a piece for students in the commons.

Walt Ripplinger, of Lakota heritage, gives advice to students at the end of his talk as a part of Chaska High School’s multicultural day.

Anyone walking through the halls of Chaska High School would be hard-pressed to miss a flurry of students, visitors and new experiences Friday.

It was the school’s first-ever multicultural day, organized to learn about and celebrate other cultures, languages and backgrounds. Students called the event a success.

Vincent Kim, a junior at Chaska High School, helped plan the experience and volunteered on the day itself.

“It was fun meeting a bunch of new people and a lot of the people you wouldn’t necessarily know about if they hadn’t come out to talk to us,” he said.

Visitors to the March 13 event included teachers of Indian culture, Latin dance and African music. Activity stations were set up across the school in the media center, commons and classrooms.

Junior Sydney Turner was with multicultural day from its beginning. She thought of ideas and helped plan it before returning to volunteer as a student host. Turner even presented in “The Power of Words” section, which featured district staff and students presenting poetry, spoken word and rap.

“I think it was really cool,” Turner said. “It was incredible to see all the people from different cultures together and in the same room or in the same building.”

Though students were at the helm of the event, adults contributed to the goal of the night: Celebrate and experience cultures.

Former Chaska Mayor Bob Roepke sat in a panel on cultural growth in the city. He faced a room full of students waiting to hear the answer to a question along the lines of, “Why is a diverse community a better one?”

Roepke said diversity lets people learn from each other and brings fellowship to the table.

Responding to the same question, parent and community activist Dontá Hughes brought a personal story to his answer.

He said he didn’t meet anyone outside his own race until he was 16 years old. When he did, his outlook on life changed.

“That’s when I did most of my learning about how the world is and how other people are,” Hughes said. “The perspective, their stories, where they grew up, how they grew up, to me is all interesting.”

“And it makes me appreciate where I come from just as much as appreciate where they come from, because their stories are different than mine,” he added. “It makes me look at how much more that’s out there in the world that I don’t know about people, and that keeps me interested.”

During this dialogue, other students had a more hands-on approach to cultural learning just a floor upstairs.

In a home economics classroom, a small group of students clustered around geometry and Spanish teachers. That day, they learned to make arepas.

Back down another flight of stairs and into the commons area, one could hear the faint sound of drumming and a man’s voice.

The words belonged to Frank Sentwali Gardner, a spoken word artist and educator. He stood in front of a microphone, his left hand carrying a few pieces of white copy paper.

He wore a shirt that read “black-father” and its description, “... a respected man that leads, protects, and provides for his children.”

Gardner performed two of his own spoken word poems to the beat of a drum, intensifying with fast moments and pulling back in others. Students watched and listened at the cafeteria tables before erupting into applause when he finished.

FROM ROOM TO ROOM

Farther down the school’s hallways was a small classroom, participants eyes focused on Walt Ripplinger, a Lakota educator.

He spoke with students about the history of Chaska and Lakota history, showing the attentive onlookers traditional fashion and instruments.

A stone’s throw away was Lily Poppler, a CHS student.She presented on visual floral design and photographs of CHS students, a project meant to promote and celebrate culture.

Though every room had a unique theme, students agree a single message made itself clear.

“There’s a lot of different parts of the community and just because you’re a distant part of the community, that doesn’t mean that you shouldn’t know about it,” Kim said.

At the end of the day, though the school canceled several large-scale events like a school-wide rally due to COVID-19 virus precautions, students were happy with how it turned out.

“I’m for sure hoping that we continue to do it from here on out, because a lot of students I could see how engaged they were and it was new engagement that we hadn’t seen before,” Turner said.

“I thought it was really great.”