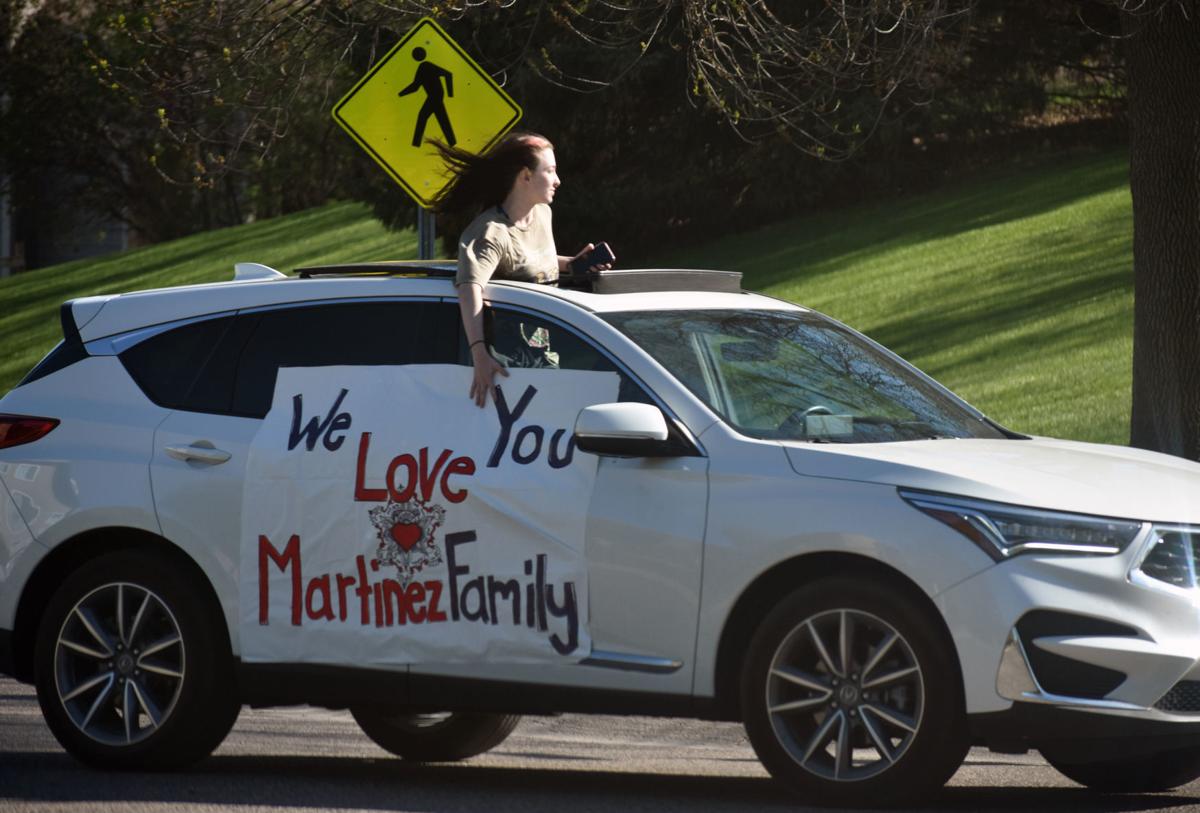 A supporter holds a handmade sign reading, “We Love You Martinez Family.” 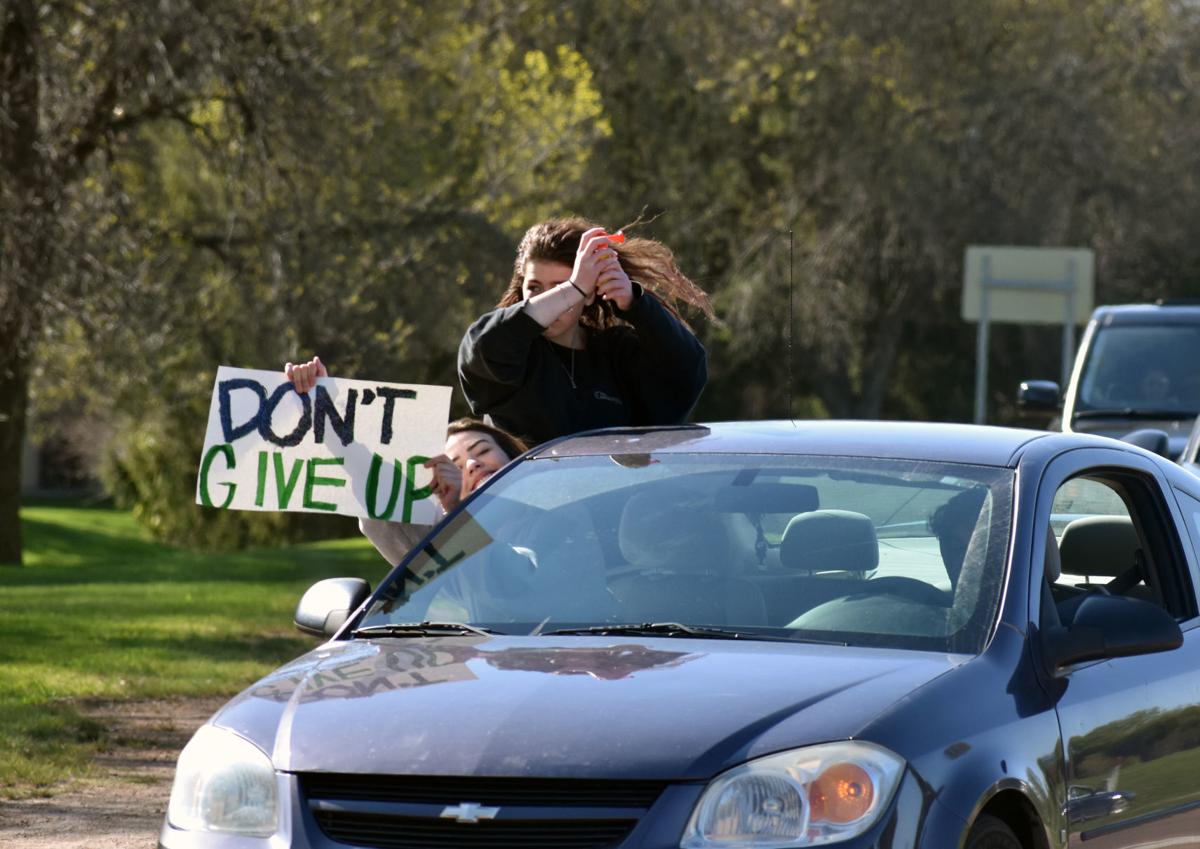 Air horns and signs were spotted in the large, circular procession around the Martinez home Monday night. 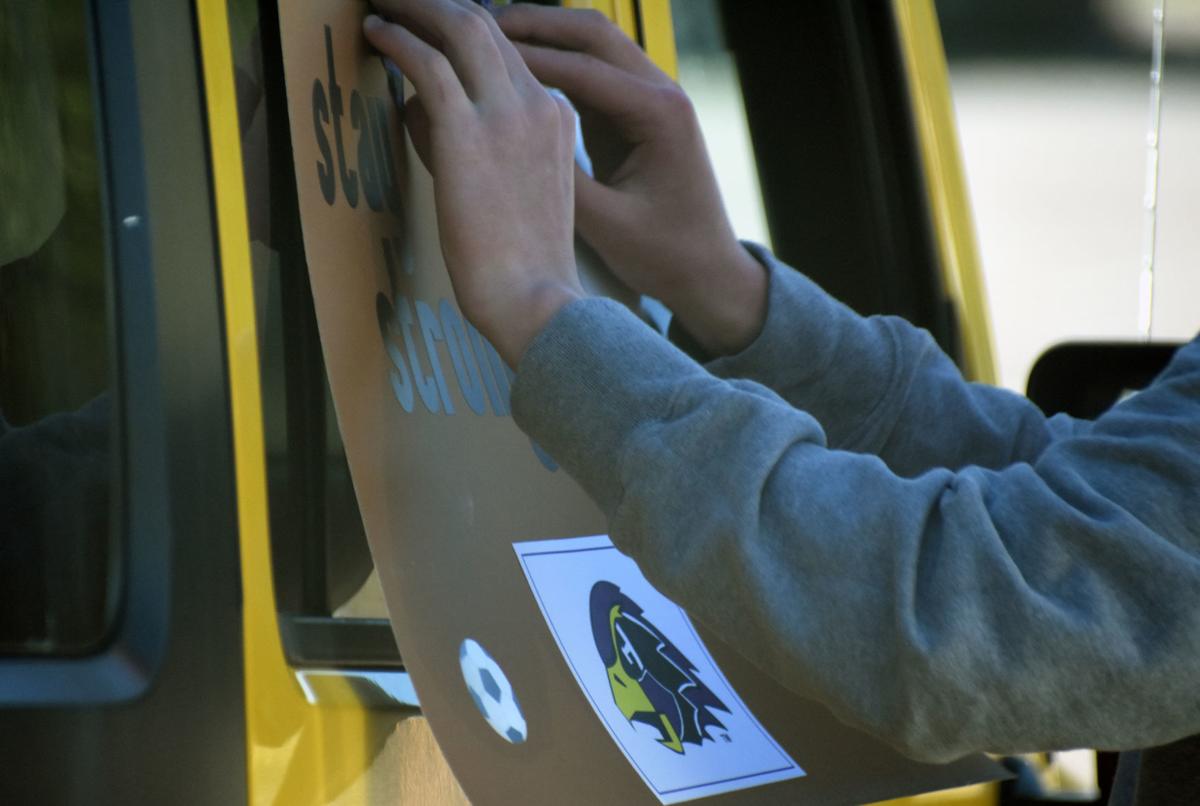 A soccer teammate adheres a “stay strong” sign to his car in the parking lot before the procession. 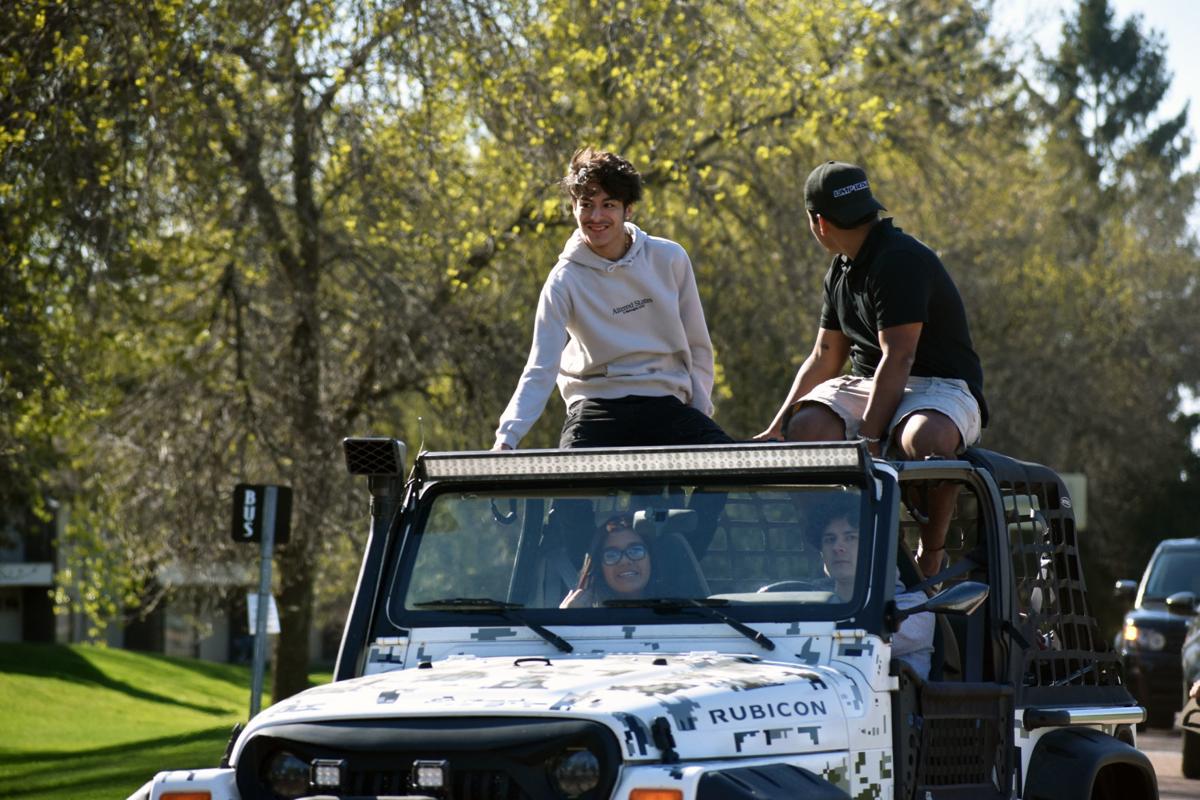 Supporters sat atop their car to support the Martinez family, driving by the home slowly with hazard lights on.

A supporter holds a handmade sign reading, “We Love You Martinez Family.”

Air horns and signs were spotted in the large, circular procession around the Martinez home Monday night.

A soccer teammate adheres a “stay strong” sign to his car in the parking lot before the procession.

Supporters sat atop their car to support the Martinez family, driving by the home slowly with hazard lights on.

Dozens of cars gathered in a Chaska parking lot Monday night, people waving to each other through open car windows.

Some brought handmade signs and air horns, standing through sun roofs and taping messages of hope to their cars.

Friends and supporters honored the late Rafael Martinez Contreras, with a drive-by procession around his family’s home Monday.

He died after contracting COVID-19, his son Anthony confirmed. He was the first reported Carver County COVID-19-related death. According to an obituary, Martinez Contreras, 54, died May 7 at Abbott Northwestern Hospital in Minneapolis.

Martinez Contreras enjoyed watching soccer, boxing and baseball, Anthony said. He also liked playing dominoes with his family and teaching them about cars.

"He really loved spicy food," Anthony said. "To him, if it didn't have spice it wasn't right."

Anthony said his mother, Sulma Sarmientos, also had the virus but no longer has symptoms after two weeks of self-isolation.

“These are world championship people. This is a tragedy. This shouldn't be happening to families like this,” said JV Coach Kyrl Henderson.

He calls Anthony a “leader and a great teammate and a great friend,” to not just players, but every student at CHS.

He met Martinez Contreras several times at soccer games, which he often attended, calling him a “quiet” and “reserved" dad.

Some cheered as they passed the home; others drove by in quiet reverence. Several cars were adorned with Chaska High School soccer bumper stickers.

“I think it's about the community honoring and remembering, you know, the father of these two young men,” Henderson said.

Henderson and Michael O'Reilly, CHS head soccer coach, have collected food for the family and helped students organize the procession. In the end, though, Henderson said it's the teammates who "have certainly taken off with it."

Chaska High School teacher Maria Ochoa-Schindler said it's a way for people to grieve, however un-traditional it may be.

“We can't go to a funeral. We can't do any of those things. How do we have closure without a funeral?” said Ochoa-Schindler, who has close contact with the family.

She and other educators are bracing for more processions like this, she said.

“(They're) not going to be the only kids that are in this position. There’s going to be a “rest.” How do we support the rest?” Ochoa-Schindler said.

“I just love these kids so much. It’s heartbreaking. I miss them. Whatever we do, it’s never going to be enough to make it feel normal," she added.

Anthony set up a GoFundMe online fundraiser, where nearly $19,000 was donated in three days.

On the website, he called his father a "great human overall, and a great example to his boys."

"We will forever miss him and be with him," it read.

Filming the procession from the center of a roundabout, Ochoa-Schindler said she was “surprised” to see so many soccer players’ parents. Lots of white families supported the Latino family, she said.

“It’s just amazing how much of a family we are," Ochoa-Schindler said. "It's just a perfect example."

A fundraiser has been set up for the family of Rafael Martinez Contreras at www.gofundme.com.