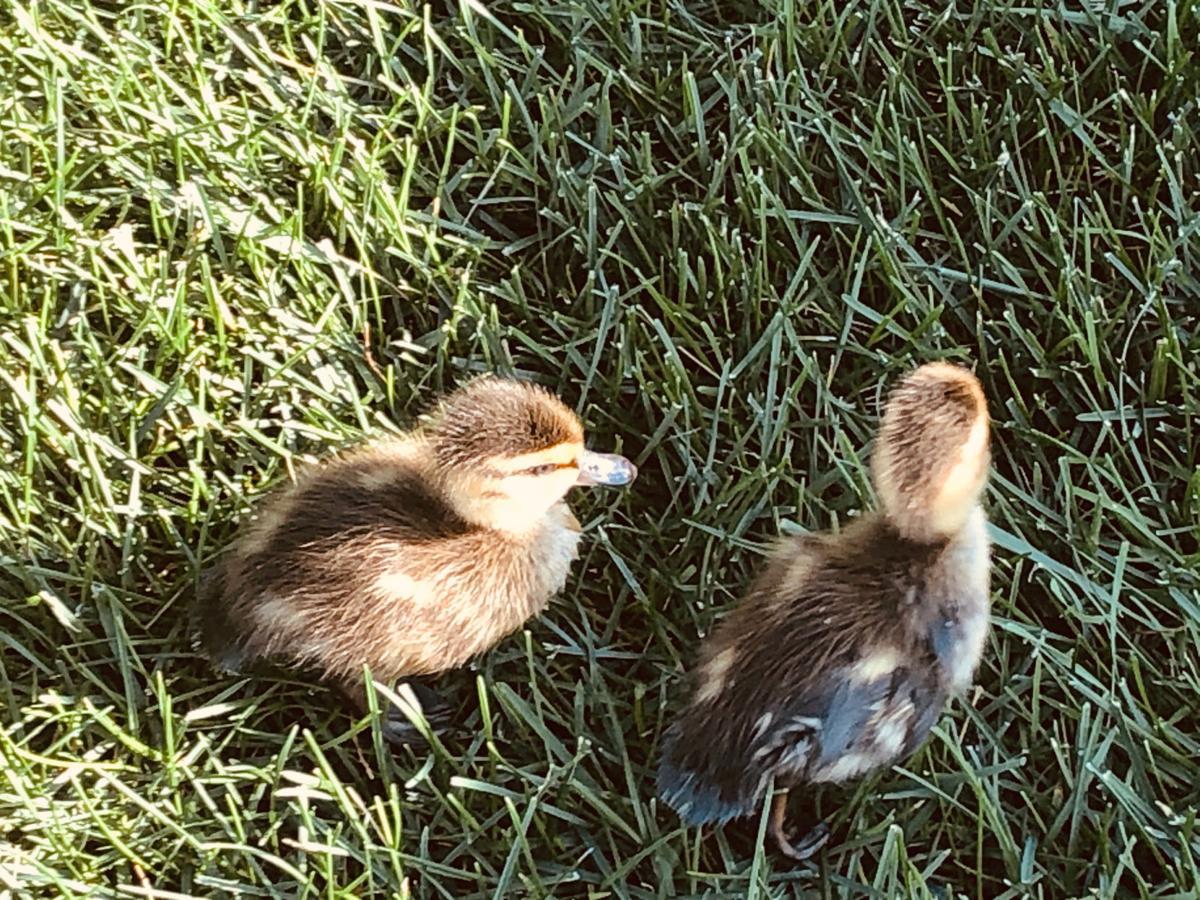 Two ducklings made their way back home after being trapped in a Chaska storm drain. 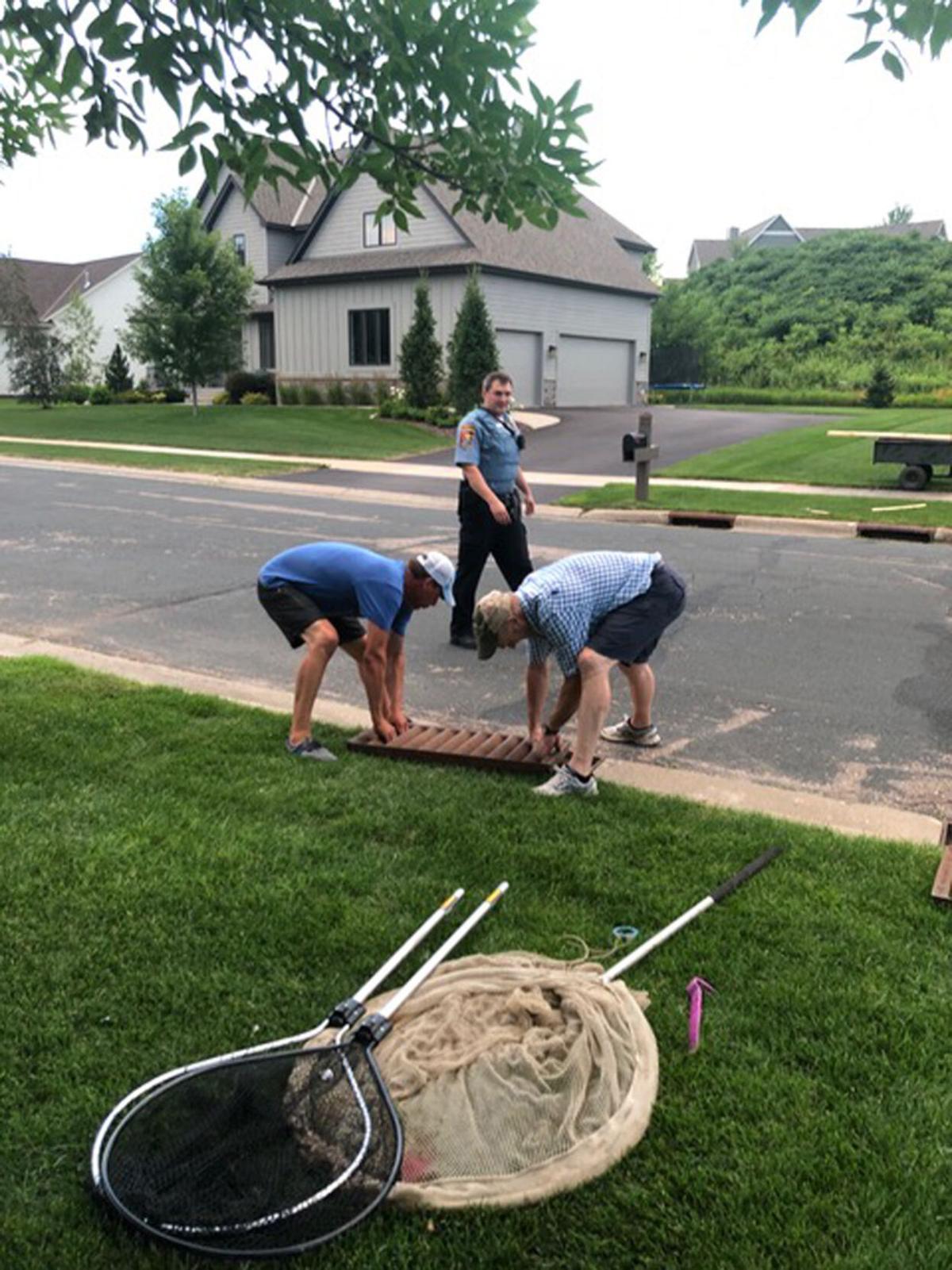 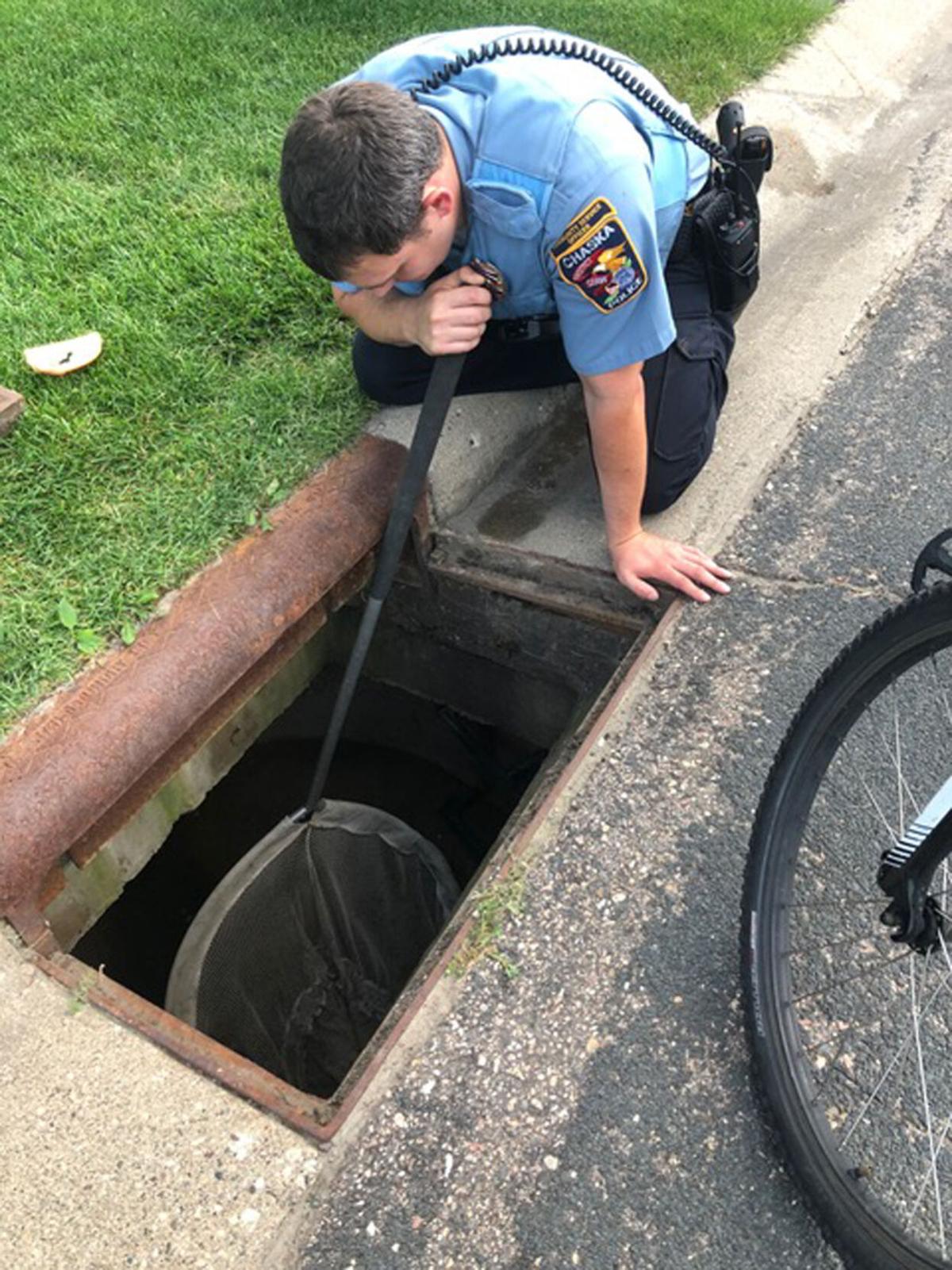 Two ducklings made their way back home after being trapped in a Chaska storm drain.

On their nightly walk with the dogs, Laura Landgren Holt and her husband Rick spotted something new.

Neighbors were huddled around a storm drain in Chaska’s Fairway Hills, curiously focused on something below.

Unbeknownst to them, a small crew had been stationed at said drain for a while, trying to rescue duckling siblings. By then, five of the nine ducklings had been pulled up from the help of Chaska Community Service Officer Robert Frisbie.

For Frisbie, it wasn’t anything too surprising. He’d responded to two or three trapped duckling calls this season already. But it wasn’t his hands alone that returned the babies to their mother.

Several weeks ago, the mother duck made a nest in a neighbor’s yard, Landgren Holt said. The Born family brought her water and bread before the new ducklings hatched, making a trip across Fairway Drive to a nearby pond.

All nine ducklings fell through a road grate, prompting “mama duck,” as neighbors call her, to “freak out.”

CSO Frisbie was called. He spent just under an hour scooping up five ducklings, reuniting them with the mother.

“After that the mom just kind of left,” Frisbie said. “I was like, ‘Oh, I can’t get the other four without a call or something, something to try to get them to come towards me.’”

While he briefly left to wait for the mom to return and tend to other business, neighbors Justin Newman and daughter Ava had an idea.

“We all had some ideas. Justin’s daughter was trying to lure the baby ducklings from a YouTube (duck) call from a phone. You could hear them responding but they weren’t moving,” Frisbie said.

But with a duck-saving history, Frisbie had a few tricks up his sleeve.

He remembered the Chaska Fire Department creating a stream in the interconnected sewer system, pushing the ducklings to a more easily-accessible spot.

Neighbor Rick Holt unwound his garden hose and let the water do its thing. A success.

“They ended up coming to the opposite side of the street. (He was) able to trap them in this one area per se — all four of them,” Frisbie said.

Four ducklings now rescued and no mother in sight, uncertainty entered the picture.

“Now I was like, ‘OK, now we got them out. Now I have no clue where the mother duck is,’” Frisbie said.

His first thought was to take them to a local animal rescue, but the group was committed.

Some neighbors checked behind the houses on Chaska Town Course; others wandered through holes they saw near the marsh. While Frisbie drove toward Pioneer Avenue in search mode, neighbors had found the mother and reunited the duck family with the help of other neighbors like the King family.

Landgren Holt was surprised of their luck.

“We literally found the exact mom, and what are the chances of that?” she said.

They tipped the box of ducklings toward the mother and siblings.

“Those babies just take off toward her. It was the sweetest thing. I almost cried,” Landgren Holt said.

That day, both ducklings and neighbors came together to make Fairway Hills feel a little more like home.

“It was an awesome collaborative effort on everyone’s part to try to save those ducklings,” Frisbie said. “We didn’t give up, so that was key.”