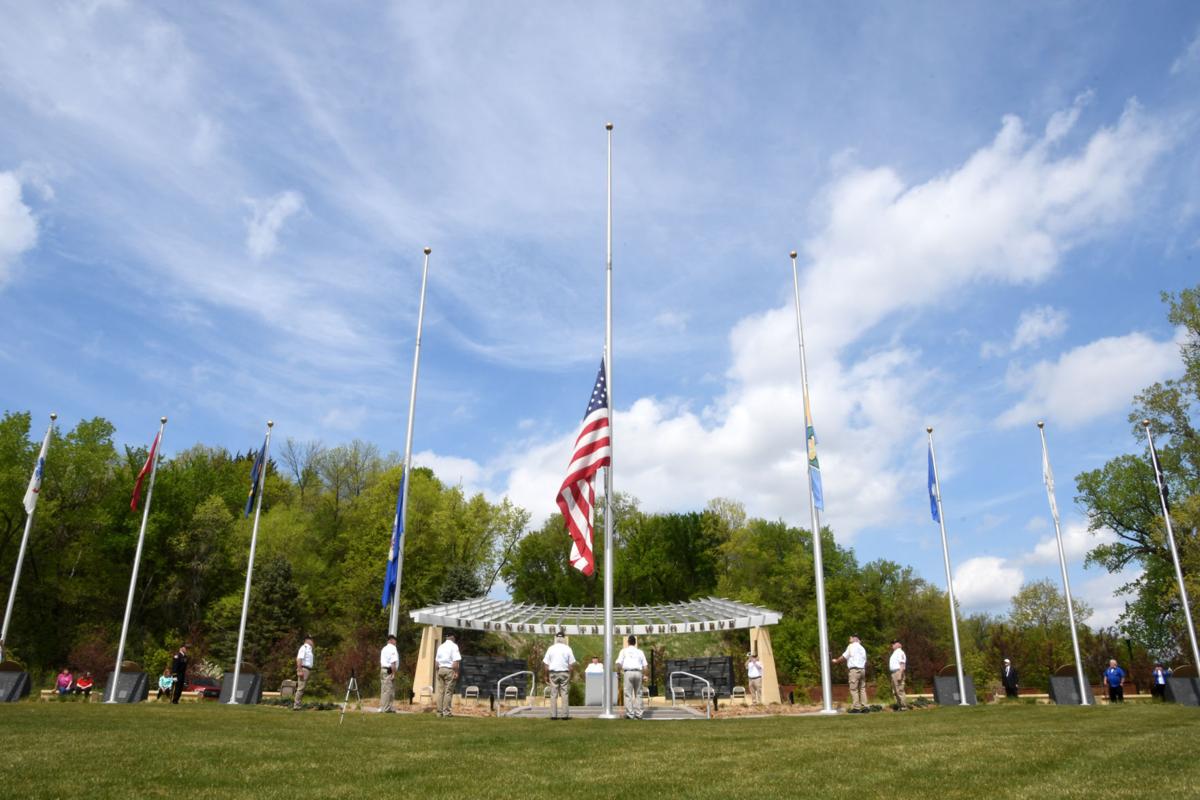 A flag-raising is filmed at Veterans Park in Chaska for a virtual Memorial Day service in 2020. This year, the event is open to the public. 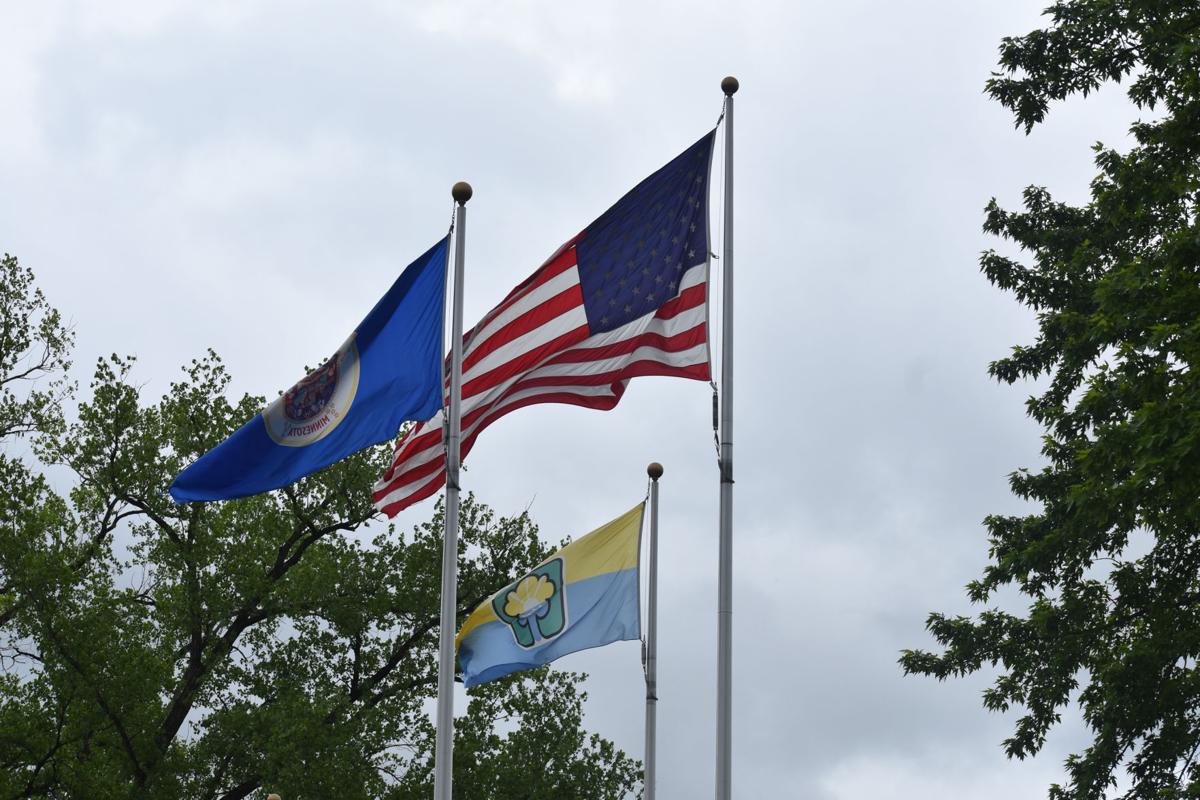 An American flag, Minnesota flag and Chaska flag flap above Veterans Park, where a Chaska Memorial Day Service will begin at 10:30 a.m. on Monday, May 31.

A flag-raising is filmed at Veterans Park in Chaska for a virtual Memorial Day service in 2020. This year, the event is open to the public.

An American flag, Minnesota flag and Chaska flag flap above Veterans Park, where a Chaska Memorial Day Service will begin at 10:30 a.m. on Monday, May 31.

Monday, May 31, Memorial Day, is to recognize people who died while serving in the Armed Forces.

A U.S. Marine Corps veteran during the Vietnam War, Gary Van Eyll said he has a duty to appreciate and remember veterans — whether virtually like last year or in-person for Memorial Day. He is the commander with the Chaska American Legion Post 57.

“It’s been such a tradition and it’s such an honor to celebrate these people’s lives, so we just wanted to keep on doing it,” he said of the upcoming service. “It's something that we take as a great honor and a responsibility.”

Historically, the Legion- and Chaska VFW-sponsored service has been held at City Square Park.

This year for the first time, the public is invited to Veterans Park for the mid-morning ceremony. U.S. Rep. Dean Phillips will deliver the Memorial Day message. There will not be a parade.

One of the key things about Memorial Day is showing gratitude for freedom, said Steve NaSalle, Minnesota American Legion’s third district vice commander and VFW member. He plans to observe the day in Chanhassen this year, one of the 13 posts he is responsible for.

NaSalle served in the U.S. Air Force and Special Operations for over a decade. During his 11th year, he retired after a parachuting accident. He survived, though many serving didn’t.

“You think about all those people who died for what we’re able to do today — it brings tears to my eyes. I cry every Memorial Day, every Veterans Day,” he said. “I always have a tear that comes out of my eye in any kind of ceremony or when we pay tribute to the different cemeteries around the county or even the city itself.”

Though both grandfathers, some uncles, and his brother served, NaSalle said he didn’t really understand sacrifice until he did so himself.

“You’re being part of something that has a long history for this country,” he said. “And then when you're done and you become a veteran, you realize those sacrifices that those people made.”

He said he wishes people wouldn’t take that for granted.

“If it wasn't for those veterans that died for our freedoms, I think there would be a lot of chaos today. They gave us some governing rules for our peace and wellbeing and how we live today,” NaSalle said. “(They’re) the heart and soul of this country. They're the ones who provided that for us.”

Van Eyll encouraged people to not only attend their local Memorial Day services, but to also fly their American flags from homes and businesses over the weekend and through Monday.

“It’s a day what we want people to be involved,” he said.

That can show up in a few ways, NaSalle said.

Know a friend or neighbor who has served? That could be an opportunity to connect, he said. Others could offer help at their local VFW or legion, which NaSalle says he’s most grateful for.

“I’m 100% disabled, and if it wasn’t for those types of organizations helping me, I wouldn’t be able to survive,” he said.

Sons of the American Legion, made of descendants of Armed Forces veterans, help NaSalle with projects around the house or offer support. That community is something he celebrates on Memorial Day.

“No matter what capacity a veteran has served, in combat or not, they're still a veteran,” NaSalle said. “They all played a part and it’s a brotherhood that will last forever.”