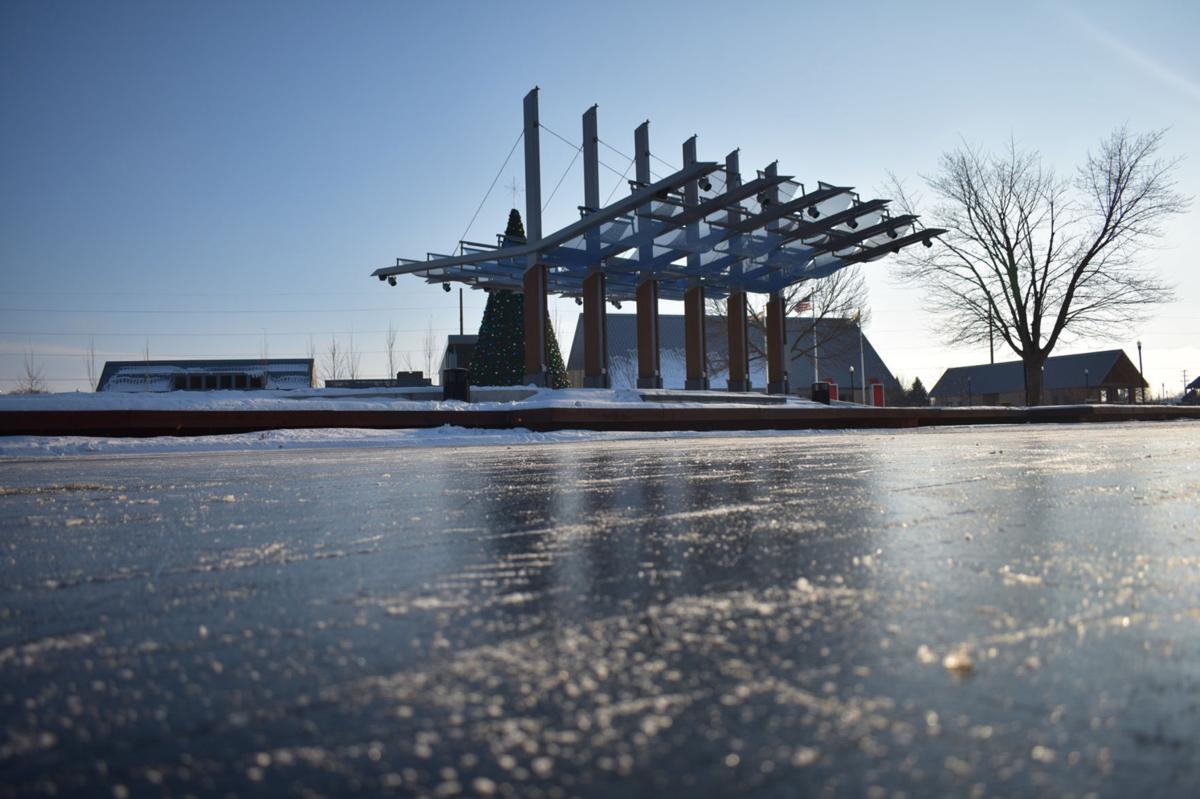 Firemen’s Clayhole serves as an ice rink in the winter. 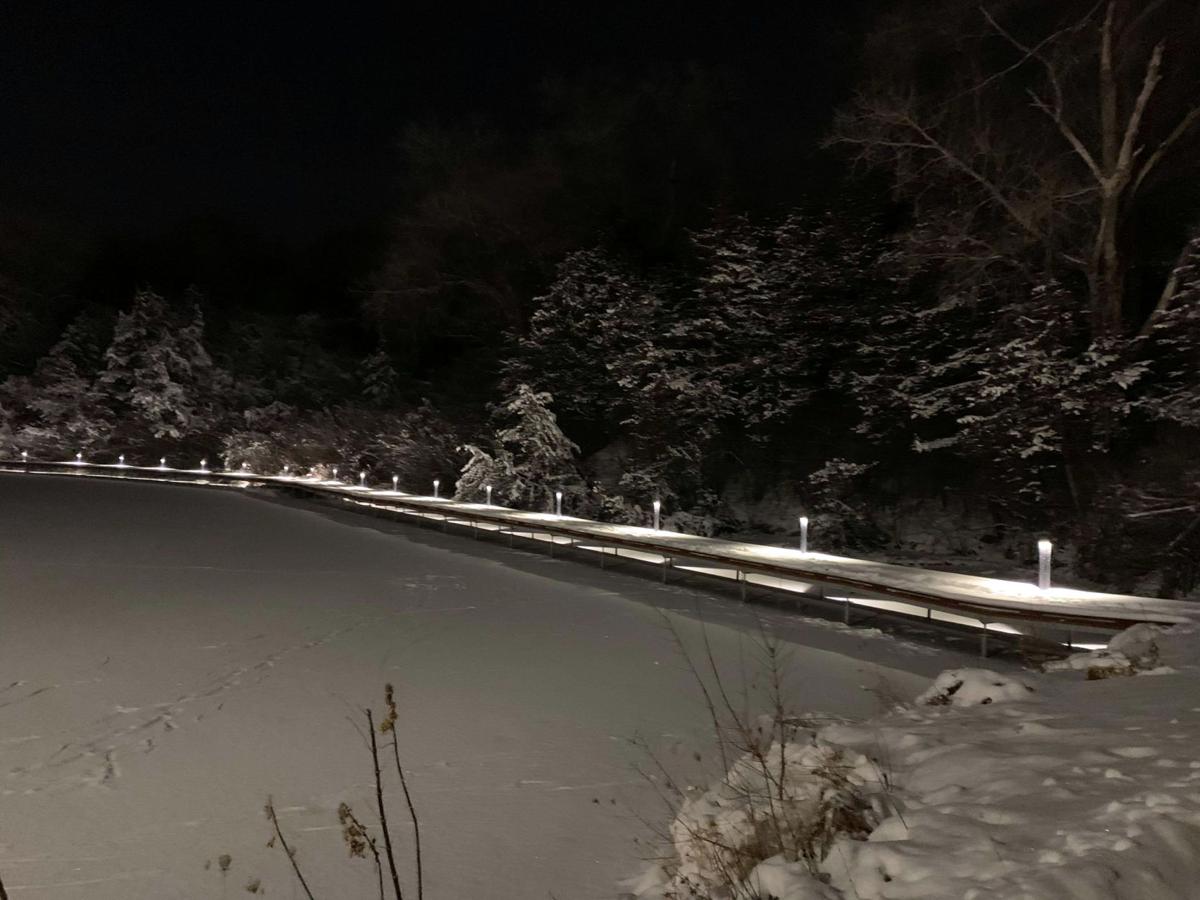 Before slipping on ice at Firemen’s Park, Shelly Carpenter snapped a few photos of the snowy, late December evening. 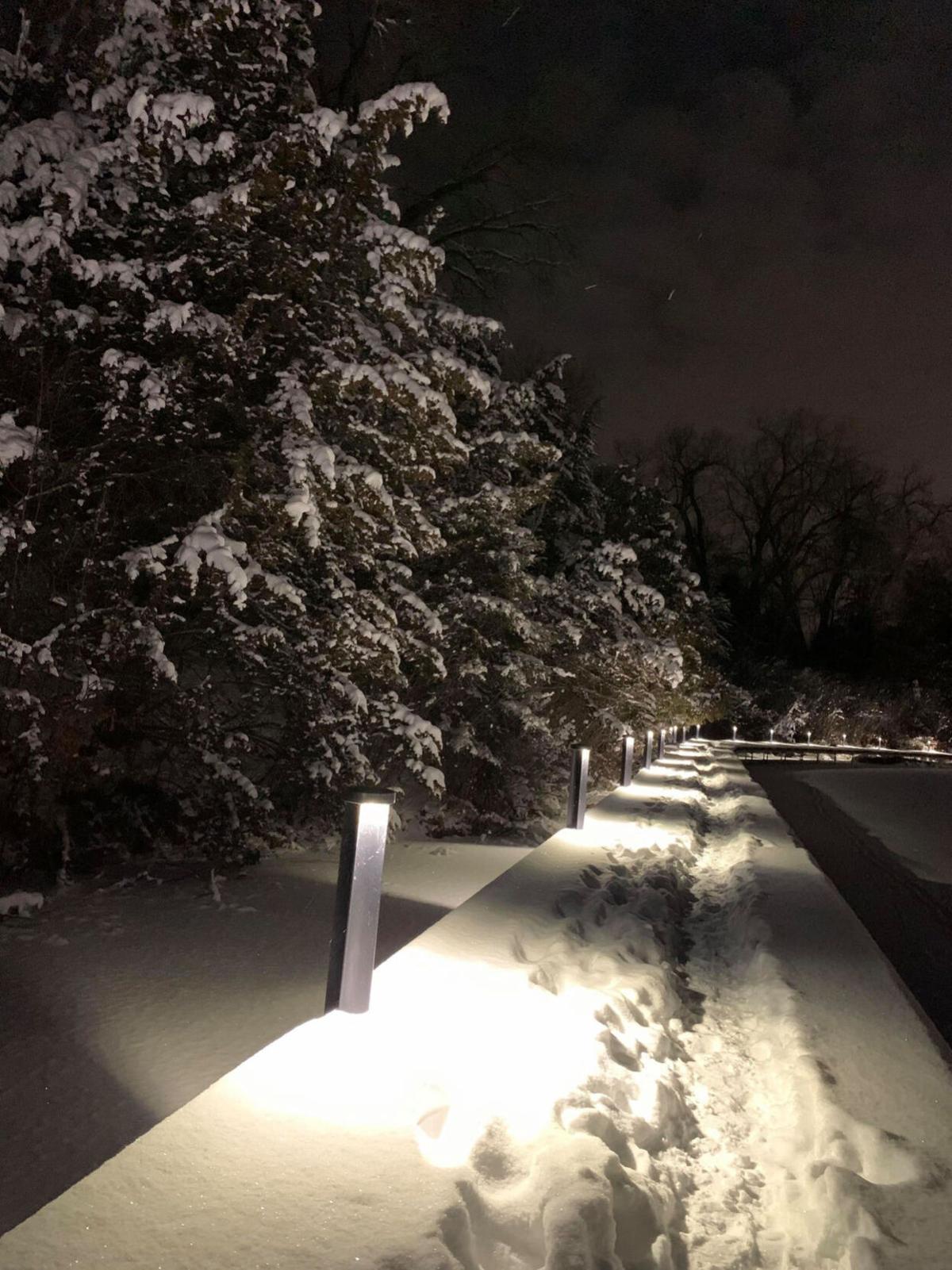 A snowy path covers the walking path around the Firemen’s Park lake in Chaska in late December.

It was a run-of-the mill description: “58-year-old female that had fallen on the path parallel to (Highway) 41.”

That’s what Chaska Fire Department Captain Chris Pierce responded to after receiving a page late December. He drove to the department, just down the street from his home, like any other on-call shift he’d had during his 12 years on the crew.

Fellow firefighters went to check on the woman; Pierce grabbed a shovel to clear the path for a stretcher through Firemen’s Park. Then, recognition hit.

“I came down just in time to see that my aunt was already loaded up,” Pierce said.

Being a Chaska High School graduate and city resident for years, Pierce isn’t unfamiliar with responding to people he knows. But family? This was a first.

Shelly Carpenter said her nephew was part of an “awesome” group that icy Sunday night, one that she remains thankful for.

“In all that goes on, I think our first responders team (is) amazing and I just got to experience that firsthand,” Carpenter said.

HOW IT ALL WENT DOWN

Carpenter, a Chaska resident, noticed a snowy scenery outside and wanted to take some photographs.

She drove to the park and traversed the “snow-covered” path, hiking boots on. After walking towards Veterans Park, she came around another corner to find a smooth sheet of ice.

“I didn’t even get a chance to finish my thought before down I went,” she said, noting she already had a bad left knee.

She didn’t know it then, but she had a broken left thighbone. Using her already-connected Bluetooth earbuds to call 911, she waited a handful of minutes before first responders came.

“(I was) laying on a cold, icy sidewalk, hurt and not knowing what I’m going to do and the dispatchers were just very calm,” Carpenter said. “It didn’t take them long to respond at all.”

At an impromptu family reunion, she and Pierce cracked jokes and the mood remained light but professional.

“They’re like, ‘Watch it guys. It’s really slippery,’ and I’m like, ‘Yeah,’” Carpenter said. “It was kind of funny. They’re not disregarding their safety, but they’re moving forward, taking care of you even though they’re in a predicament themselves.”

As she was driven to Ridgeview Medical Center via ambulance, Pierce took her car keys and drove her vehicle back home so it wouldn’t sit in the parking lot.

"We’ve got our game face on every day of the week, no matter what the call is.”

Despite Carpenter’s gratefulness, Pierce called the night “nothing out of the ordinary” for his line of work. He was doing what first responders do: help.

“That’s something that we strive for. It clearly was an expectation when I got on, is to operate with the highest amount of professionalism as courteous as possible,” Pierce said.

“Ninety percent of the time, you’re responding to someone in their worst moment. It could be their house is on fire. It could be they have a family member that’s potentially passing away. So on and so forth. So we’ve got our game face on every day of the week, no matter what the call is,” he added.

After being relocated to Methodist Hospital, Carpenter’s thankfulness continued.

Despite the pandemic stretching healthcare workers thin — Carpenter said nurses were “running” and “tired” — she was taken care of.

“They gave all they had to you as a patient,” she said, calling her nurses “attentive” and “kind.”

She was impressed with the hospital’s efforts to personalize the experience. Her room’s TV displayed a photo of each worker as they walked in, masked and with personal protective equipment on.

“The staff at both Waconia and Methodist were amazing people,” Carpenter said.

Marshall Grange, Chaska Parks & Recreation director, said he’s noticed a continued heavy use of city walking trails since the pandemic started. Though it was noticeably busier in the warmer months, milder winter temperatures invite people to stay active outside.

“I am seeing anecdotally there’s more people out walking their dogs, still walking or jogging on the trials,” Grange said.

As Carpenter works through physical therapy appointments to heal her injury, she wonders if other falls can be prevented as people get in their walks.

Grange said the public works department typically plows around 26 of the 70 trail miles, but the trails aren’t a priority during major snowstorms like one that hit a few days after Carpenter fell. Trails are not salted, he said.

Carpenter said a big snow fell a few days before she fell herself, and wished someone had checked the main walking paths in town then.

“People are trying to find ways to get out of the house and not be so housebound,” she said. “Now wintertime comes. I’m not going to be doing that because it scared the crap out of me.”

Yet Carpenter continued to thank those who got her out of the predicament.

“They were super,” she said. “They were so quick and efficient and did such a great job. They put their lives at risk going out on that icy path.”