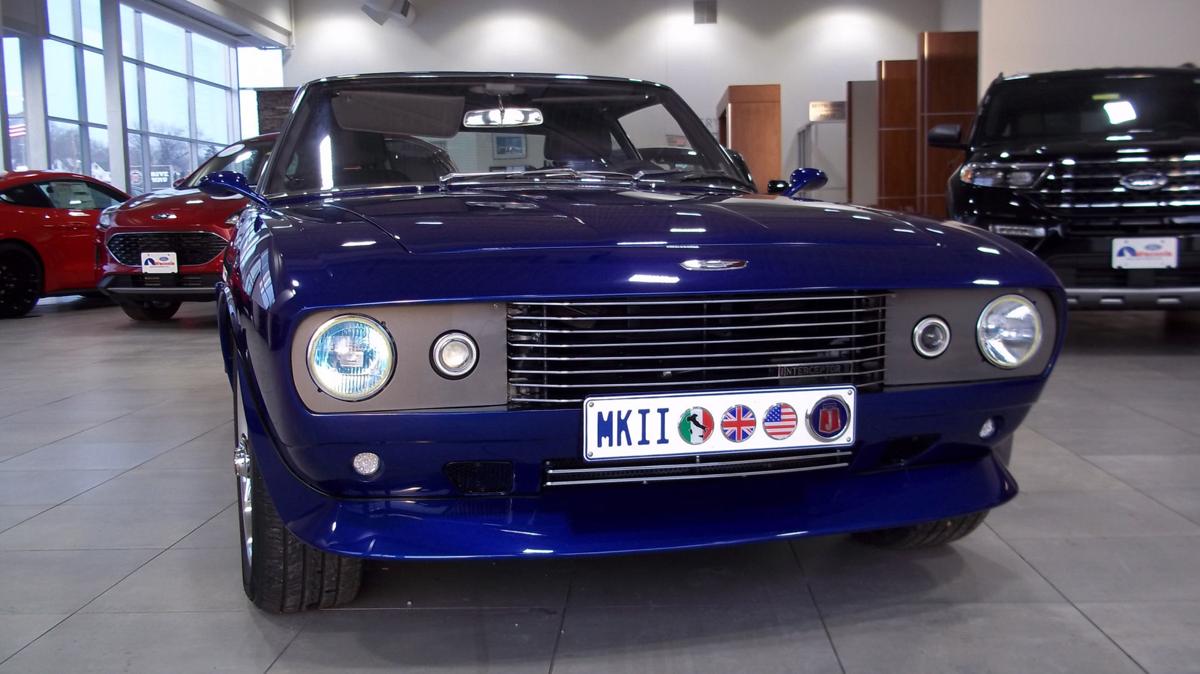 The Jensen Interceptor Mk II sits in the showroom for its world premiere. 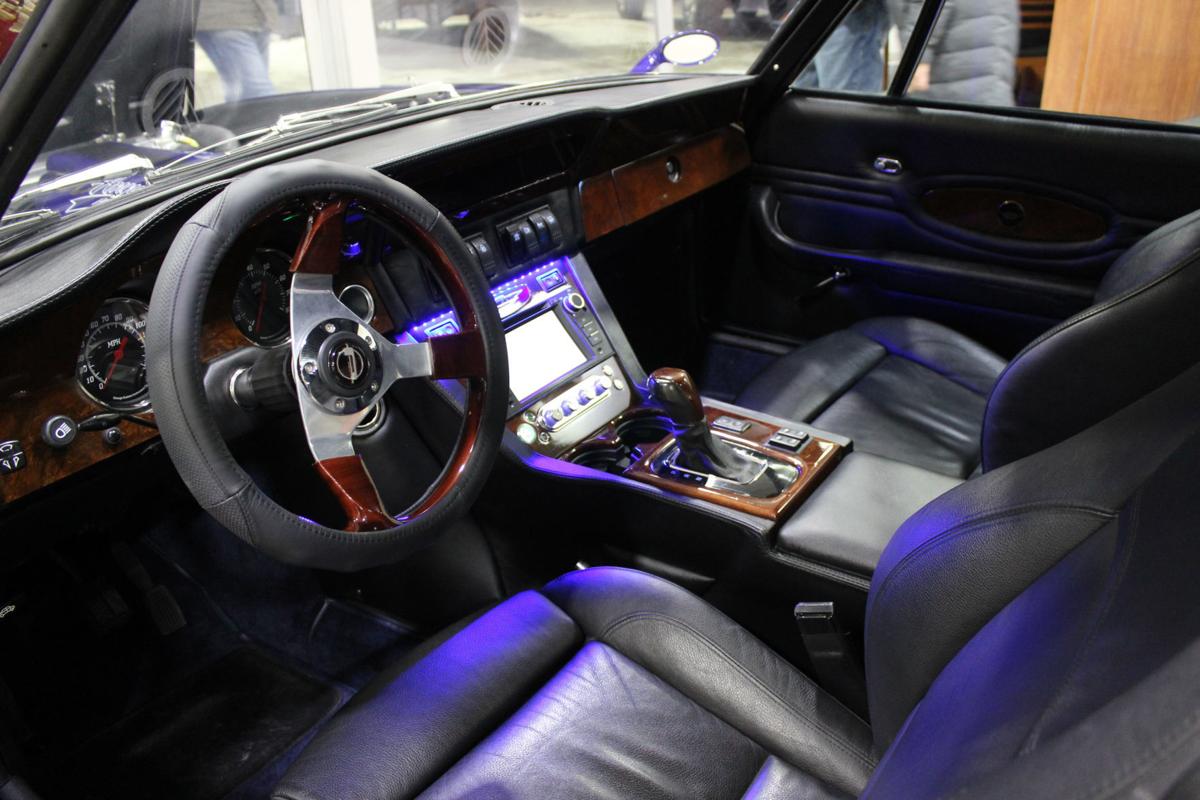 The interior of the Jensen Interceptor Mk II. 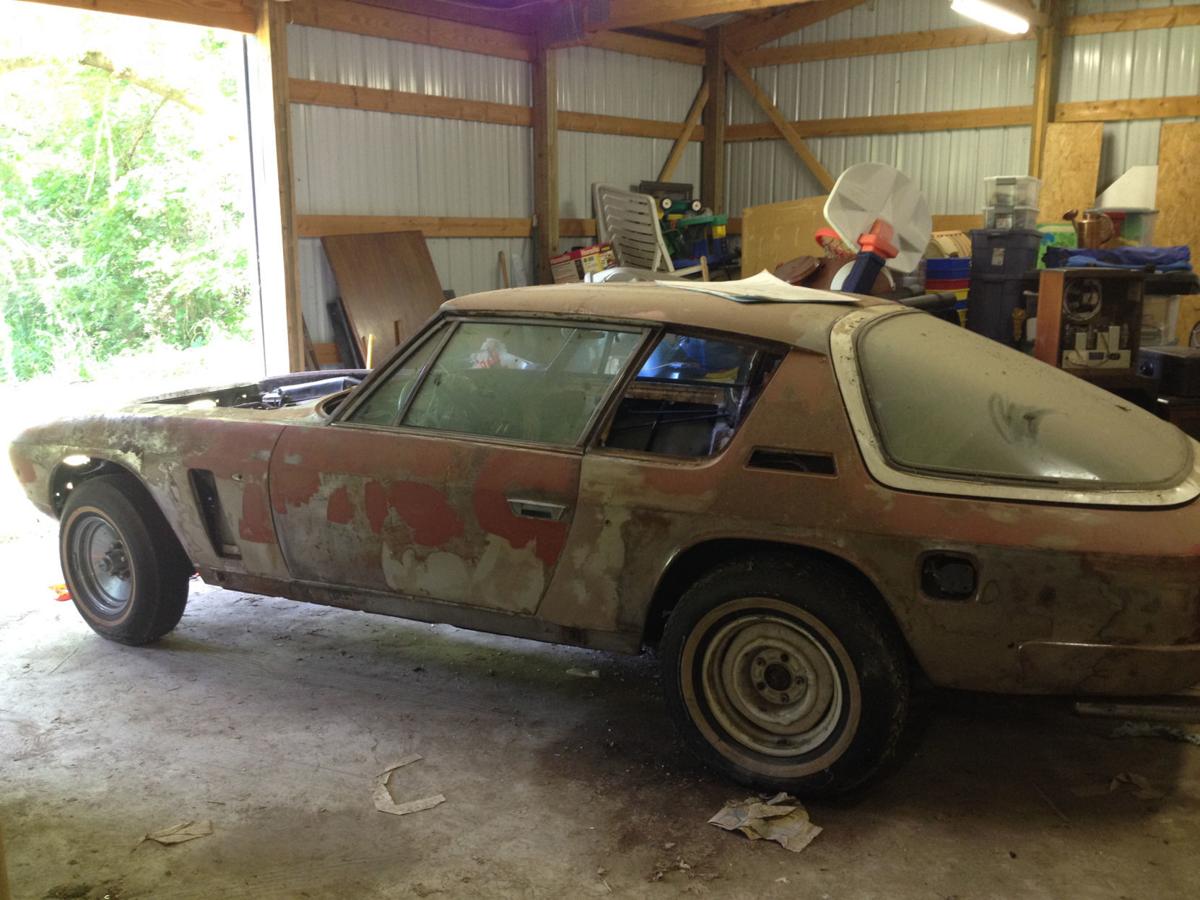 Mike Eder’s Jensen car sits in the pole barn he found it in before customization. 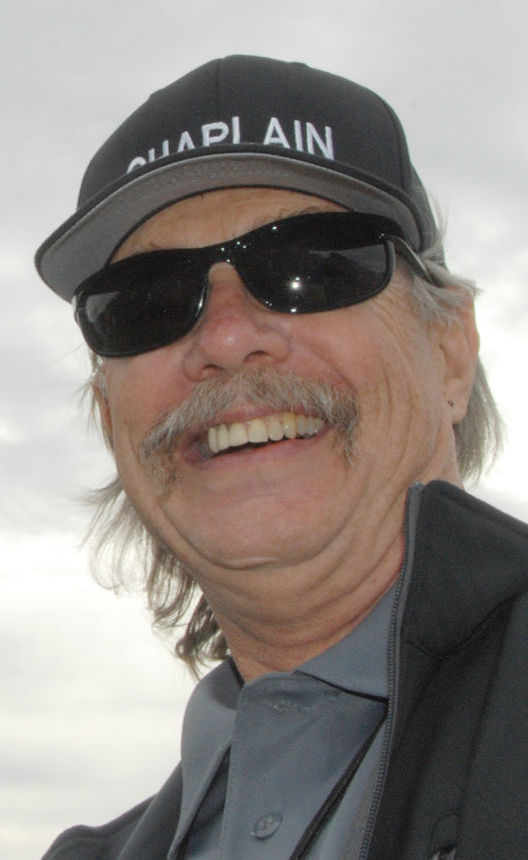 The Jensen Interceptor Mk II sits in the showroom for its world premiere.

The interior of the Jensen Interceptor Mk II.

Mike Eder’s Jensen car sits in the pole barn he found it in before customization.

Four years ago, Mike Eder typed a single word under the cars section on Craigslist: “Project.” He clicked the search button and found a car.

Soon, he’d know that and more.

It was a Jensen Interceptor Mk II, a car that stopped production over four decades ago. Eder’s new goal? To pretend it didn’t.

“I stripped it completely, every nut and bolt. I unbolted it and took it apart, and then rebuilt it back up from the ground up,” he said.

Eder was going to make the car modern — build it as if Jensen Motorcars Ltd. didn’t go out of business in 1976.

Six days a week, he was in his workshop customizing the car.

It took him over three years to get here, but it’s done.

In early January, he presented the car to the public at its world premiere.

“I was mightily impressed with what he’d been able to accomplish with what started out to be a kind of a bucket of rust,” said Peter Gustafson, who was at the unveiling, held at Waconia Ford.

“It came out so remarkably well and it was such a nice conclusion to what really ended up being years of work,” he added. “Those long-term projects need to be celebrated.”

Eder is a self-proclaimed “motorcycle guy.” He’s had his share of them — 17, to be exact. But in his 50s, Eder’s wife encouraged him to drive away from the motorcycle hobby.

“Every nursing home in the state of Minnesota has at least one guy that looks like me, that’s in a chair with a tube down his throat and sits in a chair for 10 or 15 years because of a motorcycle accident,” he said.

So he turned his full attention to a safer option — four wheels instead of two. And he had a natural affinity for fixing them.

“When I was young, I always drove cars that were wrecks. So I was forced to learn how to keep them running and put brakes in them. I always kind of enjoyed it,” Eder said.

He’s been building custom cars for 12 years: a 1996 Honda, 1954 Chevy Sedan Delivery, and the Jensen he just finished.

When he found the Jensen car on Craigslist, he said it didn’t have most things a car needed to function: an engine, transmission, windows or a dashboard. The interior was rotting and the tires were all flat.

With no training in how to fix up cars, he did just that.

“I have a capacity for looking at things and understanding how they work just by looking at them,” Eder said. “I have always been a putterer and I come from a line of putterers.”

He installed custom wheels and door handles, adjustable seats and on-board navigation, and even DVD and Bluetooth systems. There’s a backup camera, a stereo system and keyless ignition — quite the improvement from the original car, which featured an 8-track tape player and a three-speed automatic transmission.

But deciding what to add wasn’t an easy process.

“I had to weigh everything against the criteria of, ‘Is this something that a factory would do?’” Eder said.

Friends who helped along the way say they’re proud of the work Eder has done.

Jim Dolan has known him for a handful of years. A retired custom car builder, he helped Eder with the Chevy and his Jensen.

“He wanted to know if I had ideas to put it back together and how to update it,” Dolan said.

So they got to work.

Dolan drew up a sketch of the overall appearance and Eder liked it. From there, Dolan worked with the sheet metal, working in Dolan’s shop for the winter.

But through the half-century of building custom cars, Dolan said he still can’t pick a best-loved one.

“My favorite car is always the next one because it’s the next challenge. I met his challenge,” he said, of Eder.

All in all, Dolan said this particular car wasn’t too time-consuming compared to other projects. He spent probably 650 hours on the Jensen for one winter, versus 1,600 to 2,000 on other cars.

The engine, built by Eder’s late friend Myron Cottrell, a Chaska builder of high-performance car engines, has a special detail that nods to him.

On the engine’s valve cover is an omega sign. It’s the last letter of the Greek alphabet — a metaphor for Cottrell’s last engine built.

“It’s those kind of little touching things that Mike does that goes beyond just being highly capable of doing things technically,” Gustafson said. “He’s got this little heart piece in there.”

It’s a “heart piece” that came from Eder’s vision — one that is a reality thanks to his friends.

“We came together to help Mike achieve his dream,” Dolan said. “Everyone stepped in.”

If you’re looking to see Eder’s Jensen out and about, it’s highly unlikely. It only has 200-some miles on it and isn’t used as a “grocery-getter,” he said.

In the coming months, Eder hopes his car is accepted into the GSTA Rod & Custom Spectacular, a prestigious car show in April.

Beyond that, only time will tell.

He said he isn’t sure where he’d go from here unless the “right thing” showed up in front of him.

He’s pushing 70 and just had shoulder surgery, so he said those are things to consider before going into another custom car endeavor. He said he doesn’t have a lot of money or a big pole barn, either.

“We’ll have to wait and see,” he said. “Whether I have another car build left in me or not remains to be seen.”

“I have always been a putterer and I come from a line of putterers.”