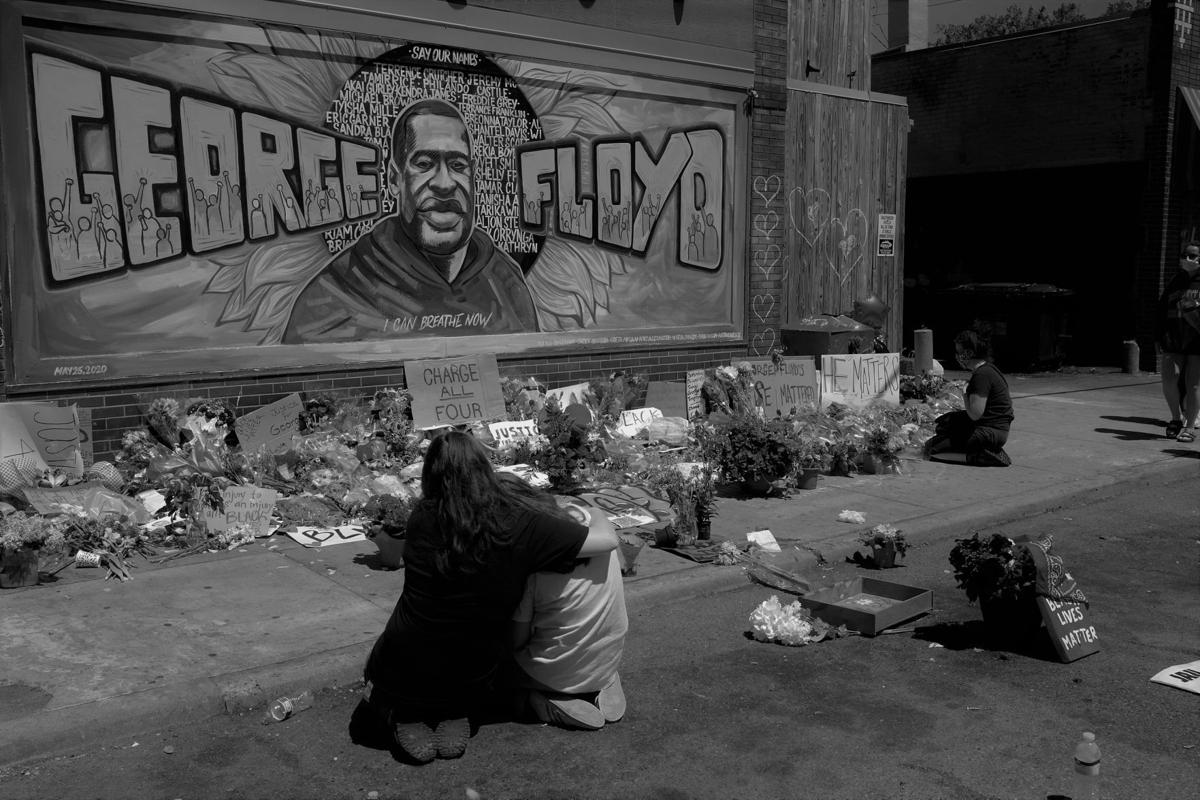 Two people console each other at the George Floyd memorial on 38th Street and Chicago Avenue in Minneapolis. 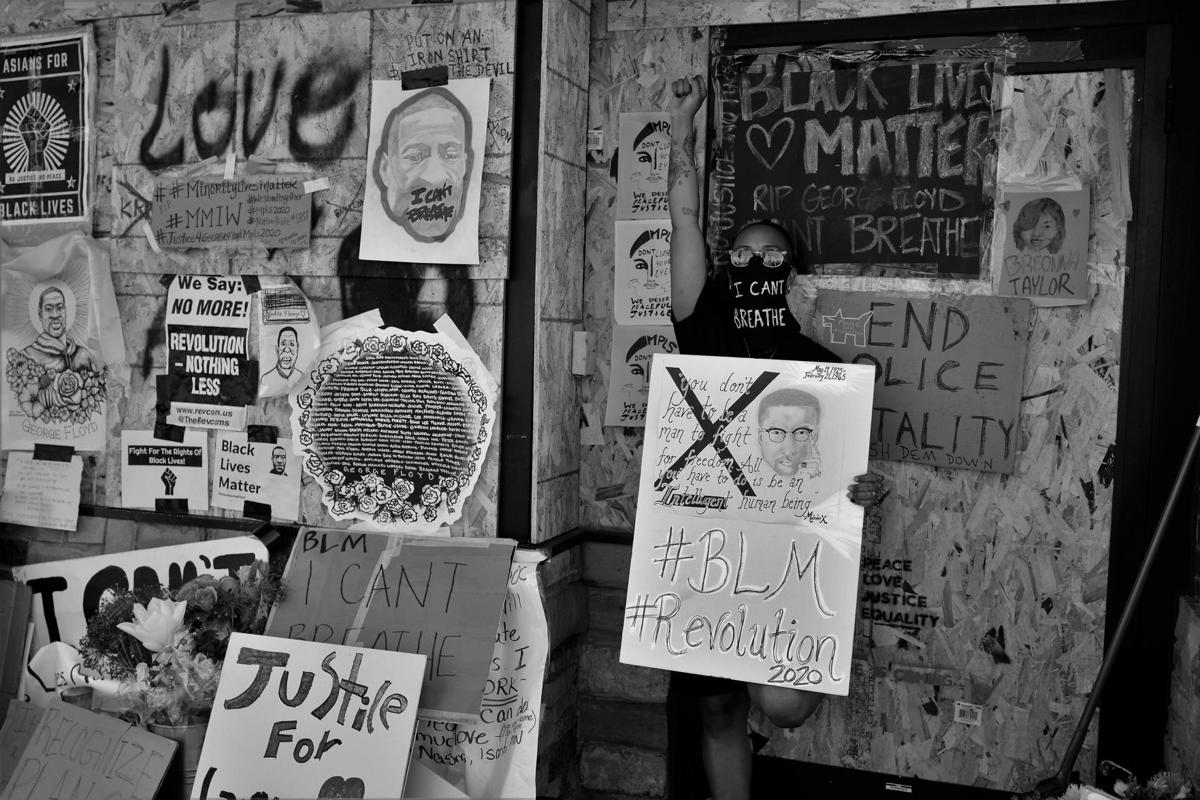 A woman holds a sign in protest near the area where George Floyd died in May.

Two people console each other at the George Floyd memorial on 38th Street and Chicago Avenue in Minneapolis.

A woman holds a sign in protest near the area where George Floyd died in May.

It’s June at the Minneapolis intersection of 38th Street and Chicago Avenue.

The streets are filled with circles of flowers; praying families and social justice signs abound. Some supply the area with song; others offer free food and water as people kneel beside the spot where George Floyd died in late May.

Within a week, things changed.

There was more of everything: Masses of flowers, people, face masks and hand sanitizer.

While it’s been a little over two months since the death, which was filmed and sparked worldwide protests for justice and police reform, people like Taylor say the impact is far from over — even for Chaskans.

“It’s only 40 miles, but it feels like it could be 4,000 for some people,” she says of the distance between Minneapolis and Chaska. “It’s not out there. It’s right here.”

As a young child, Taylor was fascinated with documentary-style black and white photographs. Her photography work now, which started 20 years ago, focuses on injustice in immigrant or homeless communities. Her goal?

“I’m just wanting, again, to have people be able to tell their story and tell it like it is,” she says.

In the past few years, she’s been photographing a homeless encampment in Minneapolis. She typically spends a year on projects like that.

But when outrage followed Floyd’s killing, she felt called to be there, even if just for a total of five or so hours.

The first time she showed up at the memorial site, she was moved.

“It was an unbelievable kind of atmosphere,” Taylor says.

Taylor uses photography to capture raw emotion. If the camera is her tool, conversation is the product.

"If we can’t even start to recognize it, how do we even address it?" - Julie Taylor, photographer

Her photo essay about the memorial has been published in an art and media blog called Light And Matter. It’s an invitation to dialogue about difficult things like racism and privilege, she says.

“I just want to help people to open their eyes and their hearts to what is happening,” Taylor says.

She calls the issues pertinent and small-scale, where everyone has a role to play.

“Even the people that I know in my circles, they don’t necessarily see the problem or even recognize it as a problem,” she says.

“That, to me, that is really frightening or frustrating because I think racism is so ingrained. It’s so insidious that we don’t even recognize it in ourselves. If we can’t even start to recognize it, how do we even address it?”

For Taylor, that’s where the photo essay comes in, but not everyone is a freelance photographer. She says people can start by recognizing their privilege as white people, having relationships with people of color, and addressing internal fears.

“One gal talked with me about reading this article on white privilege, and she said, ‘That’s me. I had no idea that was me,’” Taylor says. “That’s kind of eye-opening. If that’s happening, then maybe there is some progress to be made.”

She says though the death happened in the custody of police, we’re all accountable and have an obligation to learn and act. If that results in uncomfortable conversations or even arguments, she says there’s still value.

“This morning (a reader) said, ‘I don’t agree with very much of what you wrote.’ I said, ‘That’s OK.’ I think the fact that we’re talking about it is important,” she says. “It’s opened up dialogue. It’s opened up perspective on my part.”

Taylor was raised in a predominately white, affluent neighborhood in Rochester. Recognizing this, she says, could be helpful when starting to ask questions about bettering Chaska.

“I think that’s a real question for the community, like where do I start? How do I do it and how do I get rid of my bias and how do I react?,” she says.

Knowing our own experiences with race are different than others’, reaching out, and simply being more aware are good places to start, she says.