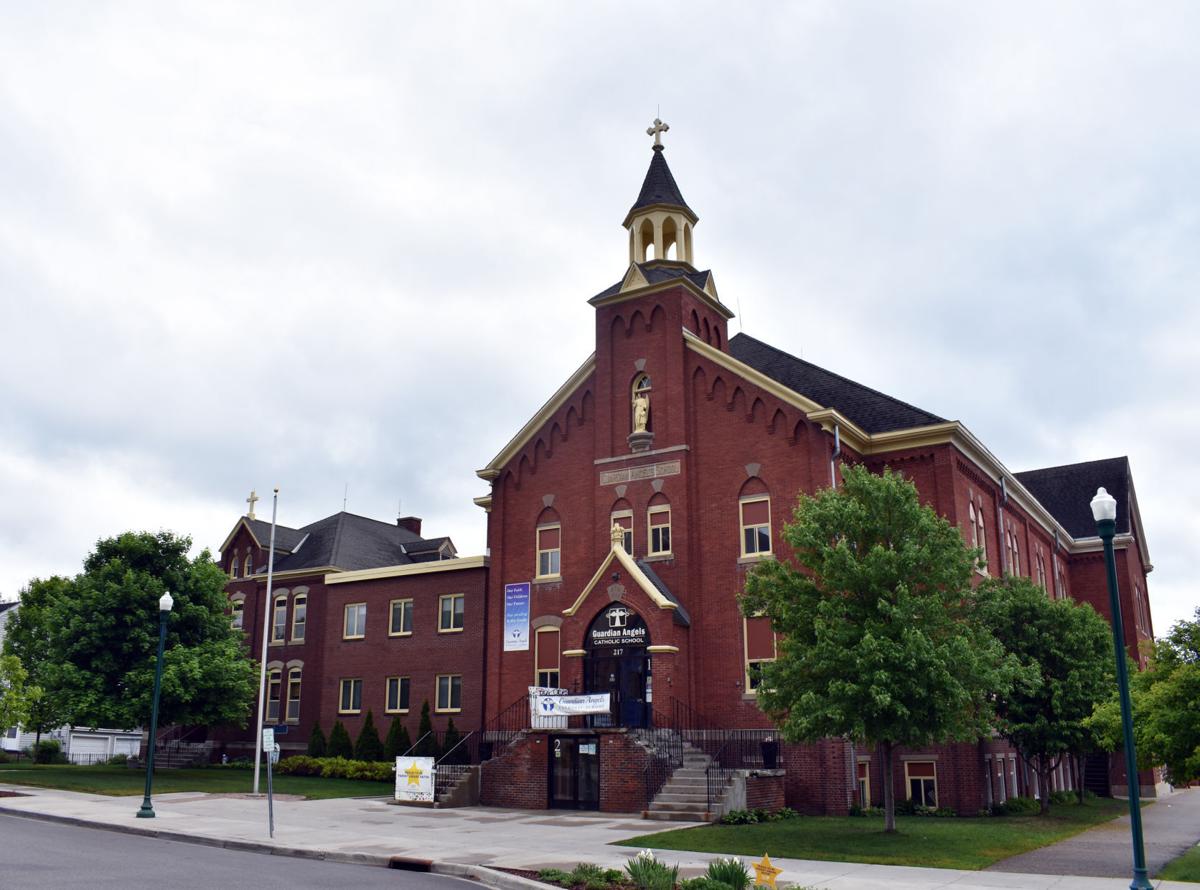 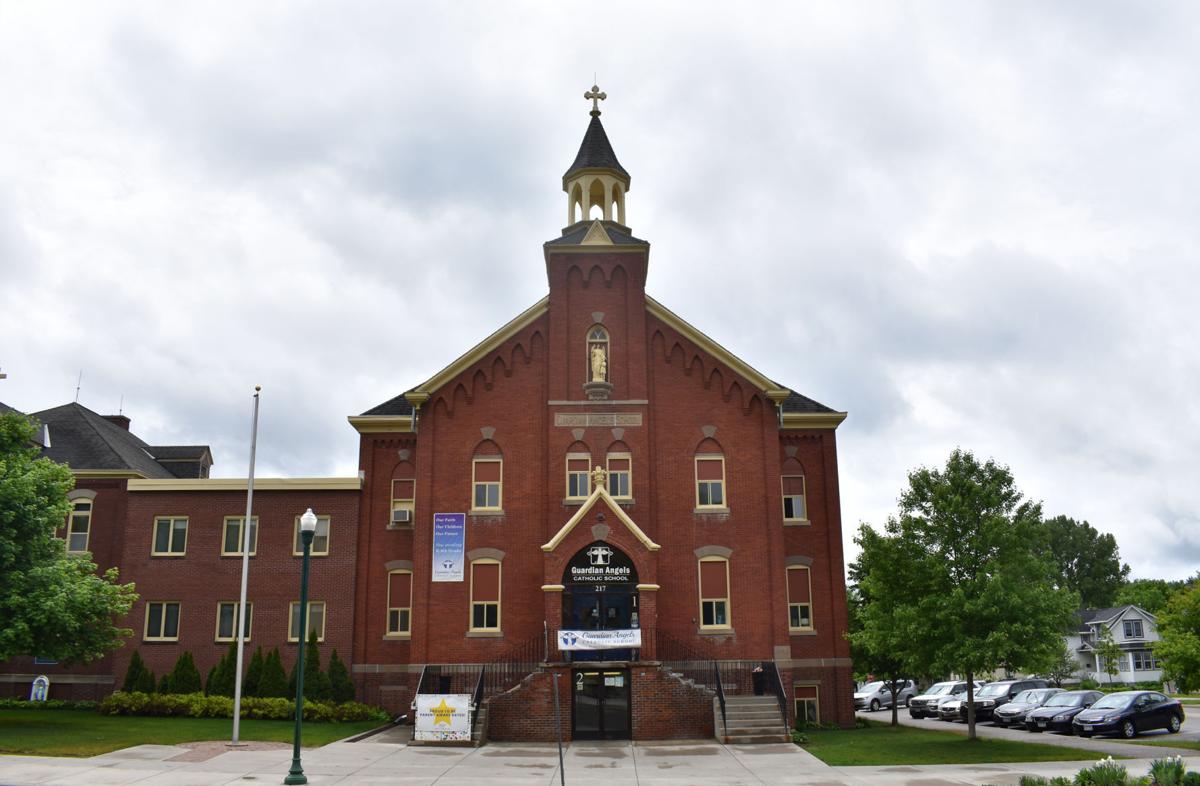 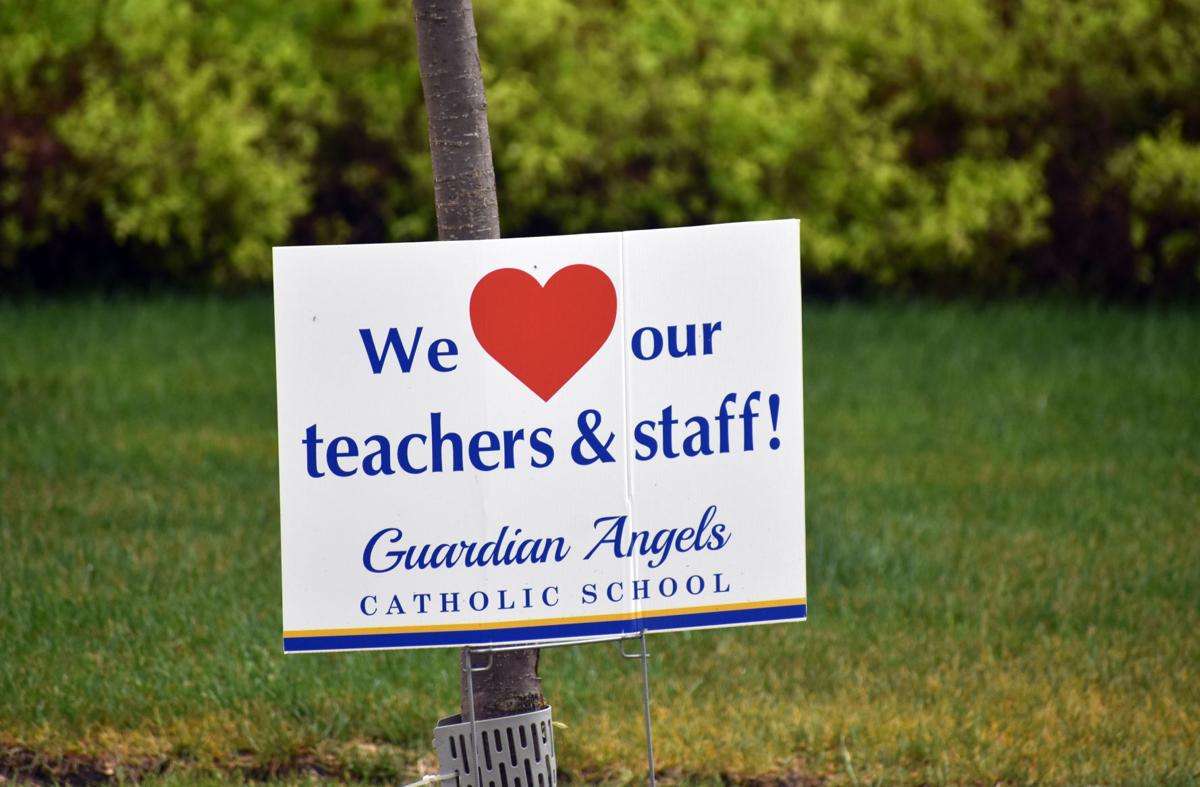 A sign stands outside Guardian Angels Catholic School as the school year, and classroom operations, come to an end. 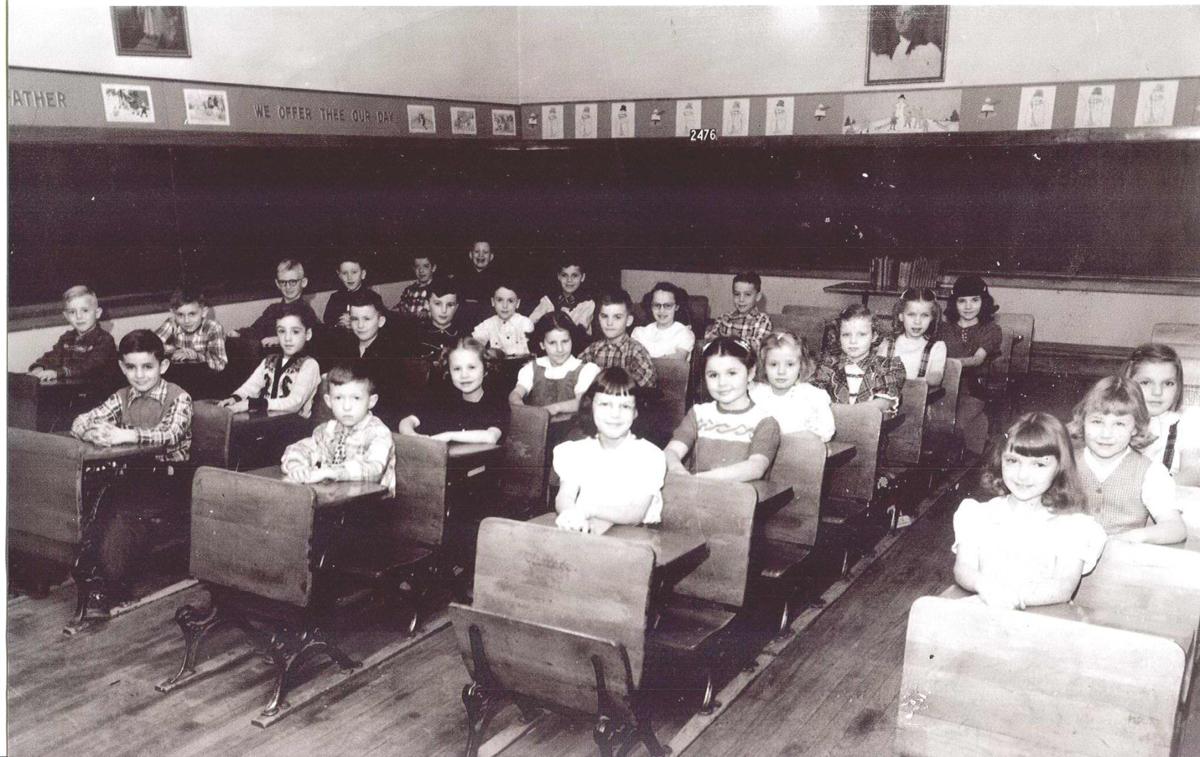 A sign stands outside Guardian Angels Catholic School as the school year, and classroom operations, come to an end.

Look up the word “home” and you’ll probably find synonyms like “habitat” or “property.”

Ask a Guardian Angels Catholic School student or teacher, and they’ll give you a much different answer: their school.

“It’s a home,” teacher Peg Scott says of the 100-plus-year-old school, set to close May 28 due to dropping enrollment and financial challenges. “This has just been such a family.”

Every day for 36 years, Scott walked into Guardian Angels ready to teach. First-graders kept her busy for decades, and she spent the last four years teaching kindergarten.

To say she’ll miss it is an understatement.

“It’s been a journey of family and connections ... This place has become a safe haven for a lot of students,” she says. “That’s why it's kept me here all these years. It’s hard to give up that home.”

When not in school, Scott welcomes hugs from long-ago students or chats with students’ families, perhaps from generations ago. The community is unparalleled — for her and so many others.

It was 1956, just after Guardian Angels built its school gym. Theresa Fahey, 82, remembers debuting her chorus role in “Jenny Kissed Me,” the first play GA students premiered in the new space.

Looking forward (and back) from that point, her ties with the school never dwindled.

Fahey remembers both work and education as tough — but worth it.

“It was strict. You learned,” she says, especially back when Sisters led lessons. “Which is good because we had some dickens boys.”

She and her husband, Kenneth, who live two blocks from the West Second Street school, worked for GA for nearly 30 years doing maintenance and cleaning. And each Sunday still, she goes to Guardian Angels Catholic Church right across the street.

Even after graduating and retiring, Fahey’s love for Guardian Angels remained. In 2008, she researched and wrote a 150th anniversary publication about church and school history. It was a labor of love for many years.

“It’s like our second home up there, the whole outfit,” Fahey says. “We were there so many years.”

Denise Schroedl, whose three children were taught by Scott, knows the feeling. She donated to the fundraiser to save the school.

Schroedl saw GA as the best place to send them for many reasons: smaller class sizes, a quality education, and built-in community. Once they were enrolled, those reasons swelled.

“The teachers all knew everybody from the time they were in preschool through eighth grade. They knew your child. Everybody knew everybody,” Schroedl says, noting her daughter is still friends with a handful of classmates.

Schroedl’s grandson is finishing up his preschool year at GA, one year short of having Scott as his teacher next year. The family says sending him there was an easy decision.

“It worked great and he's had a wonderful experience, and I'm so sad that that can't continue, (that other GA) children can’t benefit from Mrs. Scott because she was wonderful,” Schroedl says.

Though she says she wishes families and parishioners would have been notified of the potential closure sooner than last winter, she’s grateful for the years of education.

“It’s just kind of sad that it wasn't presented a little sooner for a solution,” she says. “(But) everybody’s gonna move on.”

“This will be our 108th and final graduation. There will be 10 eighth-graders graduating (on May 27) and that’ll be the last time that ever happens here,” he says, noting around 60 were enrolled in all the grades.

Briscoe, who has been with the school for one year, says he was brought on to “hopefully keep (GA) going.” Though closing classroom doors wasn’t ideal, it was necessary, he says.

“It comes down to you (needing) money to run things and if there's not enough money, then you have to make a decision and we just can't continue. It's not an easy decision but once it's made, then you have to support and do your best to help the staff and children move forward,” Briscoe says.

For Scott, her kindergarten teaching days are over. She’s opting to retire a year earlier than planned, as it would be too hard to get hired at a school for just one year, especially at her age, she says.

So she’ll fill a couple of months of “nothing much” — AKA reading books and caring for her granddaughter — before getting back into education as a substitute teacher. She tried the whole school administration thing before, but the children are where it's at.

“I’d rather be with the kids than the adults. That's the way a teacher is — you’re there for the kids,” Scott says.

“It’s their building, but our message to them was ‘You’re a huge integral part of downtown,’ so we want to definitely help them especially on historic buildings like that,” Podhradsky says.

Until then, students will soak in their final days of learning before yearbooks are passed out and the May Crowning procession is done.

Friday afternoon in Veterans Park will see a picnic complete with face painting, a DJ and food. The last hurrah. It’s technically a celebration, but to many, it seems like anything but.

Schroedl says she worries the parish could suffer as a consequence of the closure, but Briscoe says money saved from staff salaries will likely go toward the church.

In the future, Briscoe says a new regional Catholic school could be in the works to serve children across the area.

“That’s way beyond my time, but I certainly believe that there are young people now, and not even here yet, that … can be served by a Catholic school somehow — here or somewhere else,” he says. “That’s my hope. I never want to give up on hope.”