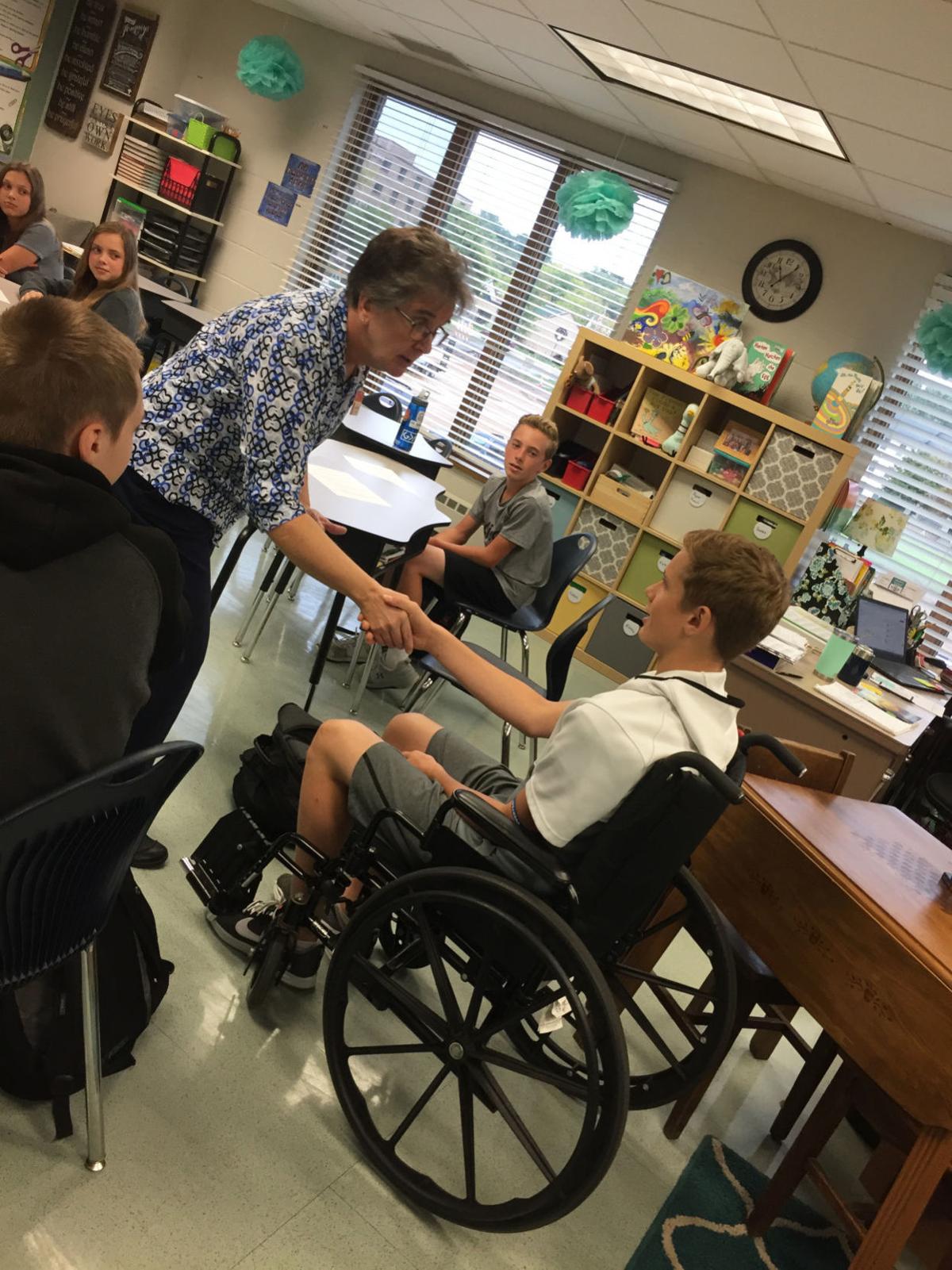 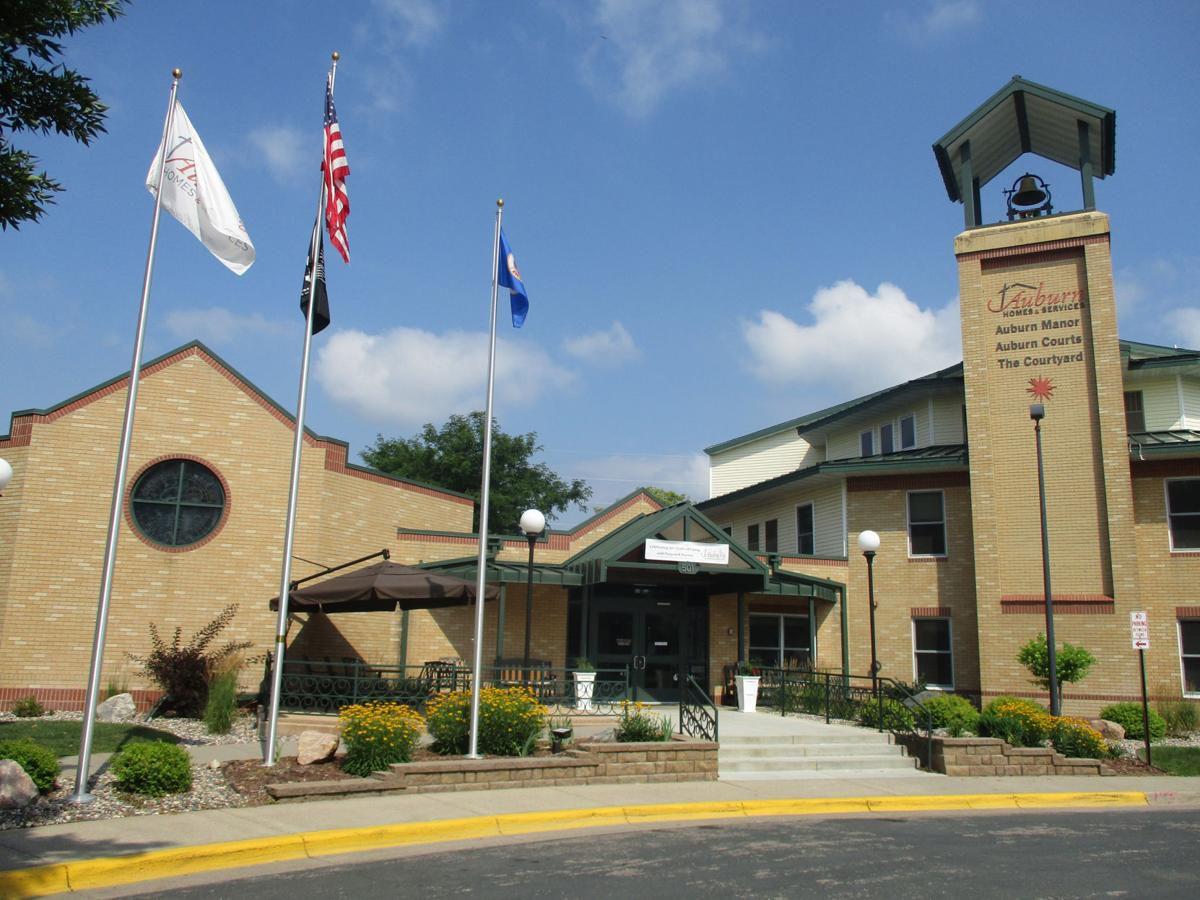 “So, when did you learn to drive?”

“She had this cool story,” said Reese, who lives in Shakopee.

In 1953 at just 12 years old, the resident had a special operator’s permit to drive. Her father had passed away, leaving her with four other siblings to take to school since her mother didn’t drive.

The Q&A was part of a “Life Story” project between eighth-graders at St. John’s Lutheran School and residents at Auburn Manor. Staff said they created the project to encourage cross-generational relationships and give residents a special keepsake at the end.

After half a dozen interviews, students put together memory books filled with photos and stories.

Residents, asked to be kept anonymous by Auburn Manor staff, said they “very definitely” enjoyed their time with students and the books they created.

But, as intended, it wasn’t just the older adults who were touched.

Last spring, Auburn Manor staff reached out to the school, which sits just a block away. Teachers tossed around the idea before it landed in Stephanie Wilaby’s lap. The St. John’s teacher works with seventh- and eighth-grade religion and language arts classes, as well as preschool.

“It’s just part of who we are as Christians,” Wilaby said. “We’re always looking for opportunities to serve.”

She facilitated the conversations and made a framework for the project. She came up with themes and put together resources for the students.

In October, employees at Auburn Manor came to the school and instructed the eighth-graders on how to best interview residents.

They talked nursing home etiquette, generational differences, and how to make the experience better for everyone. A game plan was made; 10 residents were matched with 10 students. Then it was go time.

When Reese heard about the project, she wasn’t convinced it’d be easy.

“At first I was like, ‘Oh, that seems really difficult,’” she said.

Wilaby wasn’t sure how it would go either, worried students would find the interaction “uncomfortable.”

“The first day, we went over and we didn’t have any plan that day, just for them to meet each other,” she said.

When 13-year-old Freedom Kannanberg met with his partner the first time, he wasn’t sure what to expect.

“At first I was a little bit nervous about it, but after a little while it was more comfortable and fun to do,” the student from Chaska said. “I liked hearing about all the cool things she did. Her and her mom always hung out, cooking.”

For the first few interviews, Freedom said he wouldn’t have considered the two particularly close. But time told a different story.

“Towards the end we became more friends,” he said.

It wasn’t too long before Freedom discovered the two shared a May birthday.

To Wilaby and the students, the process was more than just simple conversations.

“A writing piece, a service project, a way to give back,” Wilaby said, noting the class-time interviews fit with the curriculum well.

Hearing an older person’s story is a historical piece of the puzzle, she said, and writing the books is academic in its own right.

“It was awesome to watch how they just rolled into it,” said Wilaby.

Students said they had some difficulty during the project, whether their partner wasn’t willing to answer questions — or responding with a seemingly unending sentence.

What were your parents like? Did you ever get into any trouble?

Over and over they met with their partners, even asking to stay late to play B-I-N-G-O or meet family members. Reese said she and her partner would go for walks or play games, and they even exchanged phone numbers in the hopes of future visits.

“(It was) super fun. We just got to kind of, like, look forward to it every single week,” Reese said.

Putting the book together made everything hit home.

“When she’s talking and telling the story, you kind of miss certain parts of it because you kind of write it down super fast,” she said. “Seeing it all come together in a book, instead of just having a bunch of random thoughts — it is kind of cool.”

Though Reese is close with her grandparents, she learned more about her partner than perhaps her own family.

“I think I probably know my grandpa’s personality better but I definitely knew (my partner’s) life events better,” she said.

For Freedom, the book wasn’t his highlight.

“I’m pretty happy with it. I didn’t get as much information as I wanted,” he said, adding his partner wasn’t always willing to answer questions. “It turned out pretty OK.”

But the real takeaway, he thought, was in the conversations themselves.

“I just learned that everybody is as special as everyone else,” Freedom said.

Wilaby said they hoped to organize a book-gifting party, inviting families of students and residents. Instead, the books were delivered by Auburn Manor staff in late March. They hope to do the project again next year.

“The residents at Auburn Manor were so excited to receive their books. It was a day-brightener for everyone,” said Jenny Lenzen, health unit coordinator.

When asked if she enjoyed the interviews and gift, one resident offered a simple yet hardy response:

“I just learned that everybody is as special as everyone else."