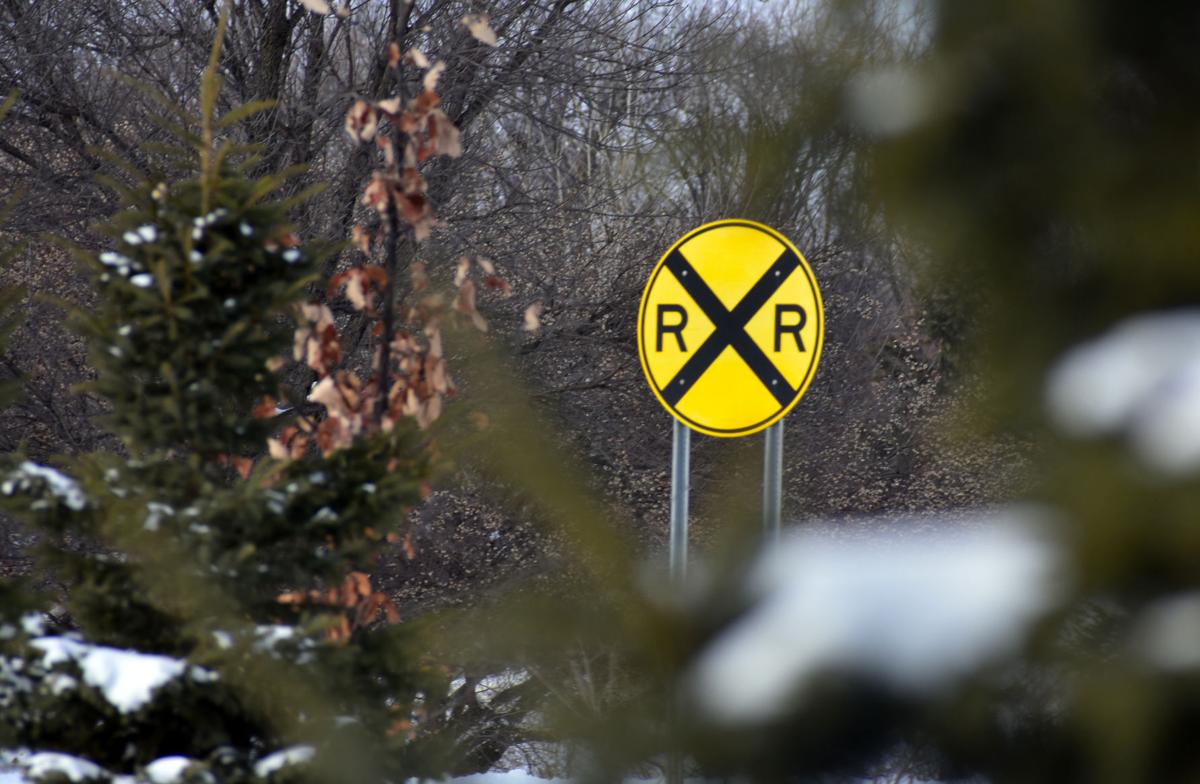 The crossing at Bavaria Road and Pioneer Trail is not currently a designated quiet zone, but neighbors are hoping for one after an increase in horn and cart noise. 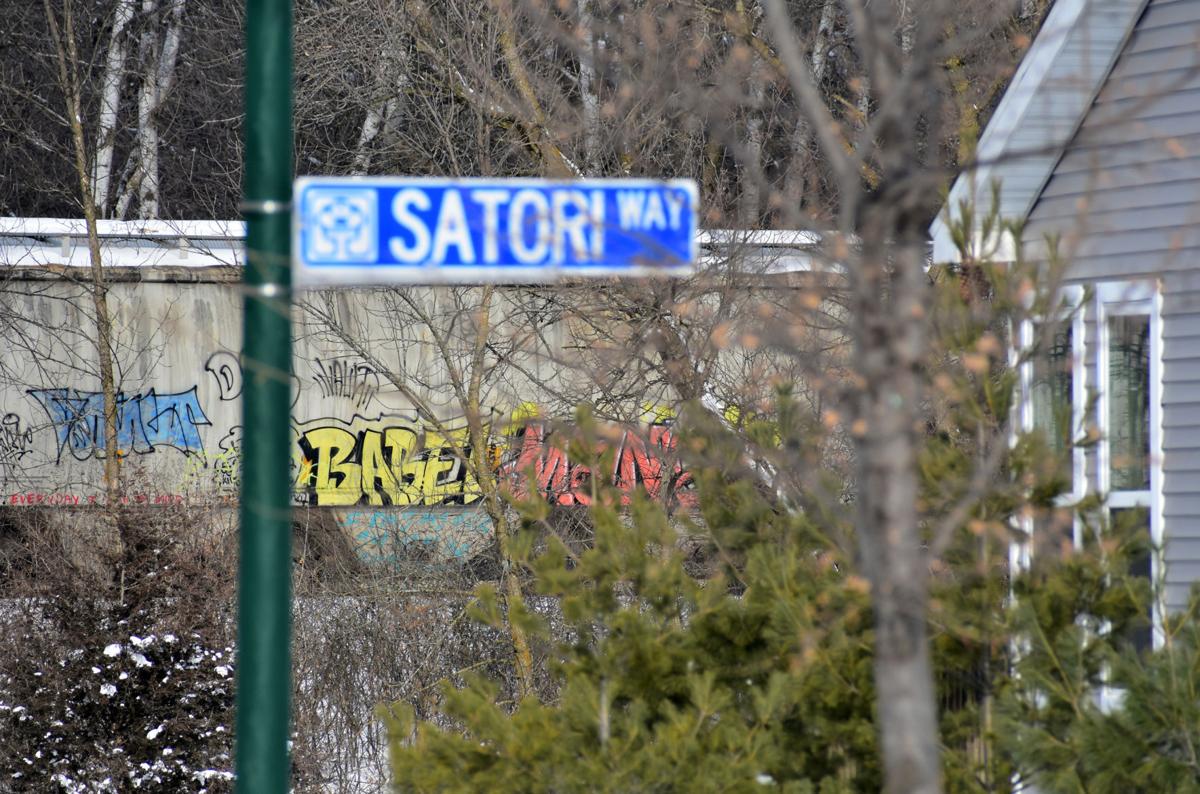 Jeni Benson and Eric Petersen said they took décor down from their walls because items were rattling and falling down.

Vaughn Kardashian has waited anywhere from minutes to hours just to enter his driveway, waiting for train traffic. Other neighbors nearby say their kindergartener wakes up in the middle of the night from noise.

It’s all part of the sights and sounds Chaska residents said they’ve noticed as of late, caused by the train tracks that run behind their homes.

“It is a problem,” neighbor Scott Morse said, adding to the myriad of other voices attending last week’s Chaska City Council meeting visitor presentation. The council took no official action on the issue.

Those in the Brooks Ridge and Tuscany Hills neighborhoods say train horns, rumblings, and other railroad-related nuisances have gotten worse in the last several months.

The rail "siding" sits west of Lake Jonathan, northeast of Bavaria Road and Pioneer Trail, where empty railcars are brought in. Sidings are separated tracks meant for loading, unloading and parking train cars. Others sit loaded and wait for other tracks to clear.

City of Chaska staff have been in contact with Wegner, who says the line is willing to hear people out and come up with some solutions.

“We definitely want to be collaborative,” Wegner told the newspaper. “We are completely sensitive of residents’ concerns.”

Those concerns have neighbors frustrated and asking for a quiet zone to be put in place, which would add arms to the crossing so horns wouldn’t be used.

"The noise is absolutely absurd."

Neighbor Morse said in the last two years, noise has only grown in his neighborhood, including between midnight and 4 a.m.

“All hours of the day, and usually it’s the hours that we don’t want,” he told councilors. “It’s something that you never really get used to. It wakes you up.”

Others expressed frustration over traffic caused by train delays or spray-painted rail cars visible from inside their homes.

“Now we no longer have trees and wetlands. We have train cars. Sometimes they're getting decorated at night,” said Petersen, who lives closest to the tracks.

At the council meeting, City Administrator Matt Podhradsky said, since Chaska doesn’t have much jurisdiction over the railroad’s moves, solutions may be limited.

Still, he offered some suggestions.

Podhradsky said two or three neighbors could volunteer as representatives to meet with both himself and Wegner to discuss issues this month.

Part of that conversation would involve reviewing a detailed list of reported incidents, noise or otherwise, given to a representative. That’s one of the only ways Wegner sees things improving, he said.

“If I knew a date and a time, I could zero in what exact train (it) was and what was the circumstance.” Wegner said. “We can't fix what we don't know. We know anecdotally all of those things, but the key is getting the specifics down so that we can narrow it down.”

In addition, Podhradsky said the city will work with an engineer to start a feasibility study on a potential silent crossing, which would override legal obligations to sound the horn while crossing a road.

That’s the case at the Clover Ridge Drive railroad crossing installed in 2004. Podhradsky said it cost the city $750,000 at the time.

“They’re not the cheapest things to put in,” he said.

Nor are they the all encompassing-solution.

A quiet zone would only address train horn concerns, not clanging carts or visual qualms.

“It’s a function of echoing steel,” Wenger said of the train noise as they clank together during transit.

He said the company installed a quiet zone at four intersections in Eden Prairie several years ago, which took over three years. Still, he said it’s “a worthwhile endeavor” for Chaska to look into.

Trains used to be housed in St. Louis Park and Hopkins, but moved to Chaska, where the extra rail could be built inexpensively. In late summer of 2020, a new track was added to Chaska and began service in the fall.

“We have to land the train somewhere,” Wenger said. “It’s not like we're picking on Chaska, but we were looking for the path of least resistance of what we were able to work with.”

When asked about an increase in activity, he said the railroad service is strictly market-driven. When there’s increased demand — most-recently caused by a change in international tariffs — extra trains need to be sent out to keep up.

In the last month or so, Wegner said the company has sent out 10 to 12 additional trains due to a high demand for corn and soybeans.

“I tell people that we’re a faucet railroad, were either going drip-drip or were going full blast,” he said.

His company is down staff because of the pandemic, which puts additional strain on conductors.

The Pioneer Trail and Bavaria Road line acts as a holding ground of sorts.

Rail cars have an inch or two of slack between them, creating space for loads to run into each other and clank. Wegner said the sounds can be especially loud in the summertime when river commerce is bustling and people have their windows open.

“That one comment, ‘Well, it feels like a thunderstorm,’ I know exactly what he’s talking about,” he said, referring to a council meeting remark.

If a train farther away is rescheduled, it affects the Chaska trains, begging them to idle for hours on end sometimes.

In the winter, locomotives are left running at night since they’re water-cooled and risk freezing. Wegner said conductors may need to rev the engine for a few minutes to keep the equilibrium, which can be audibly jarring.

“The noise is absolutely absurd on this side,” neighbor Petersen said.

Though the community and railroad president agree a compromise could be made, incoming change is perhaps limited.

“As far as us telling (the railroad) that they are not allowed to keep these cars here, we have no real say in that,” Chaska Mayor Mark Windschitl said at the council meeting. “All we can do hopefully is work with that. They built that side rail. The cars are going to be there.”