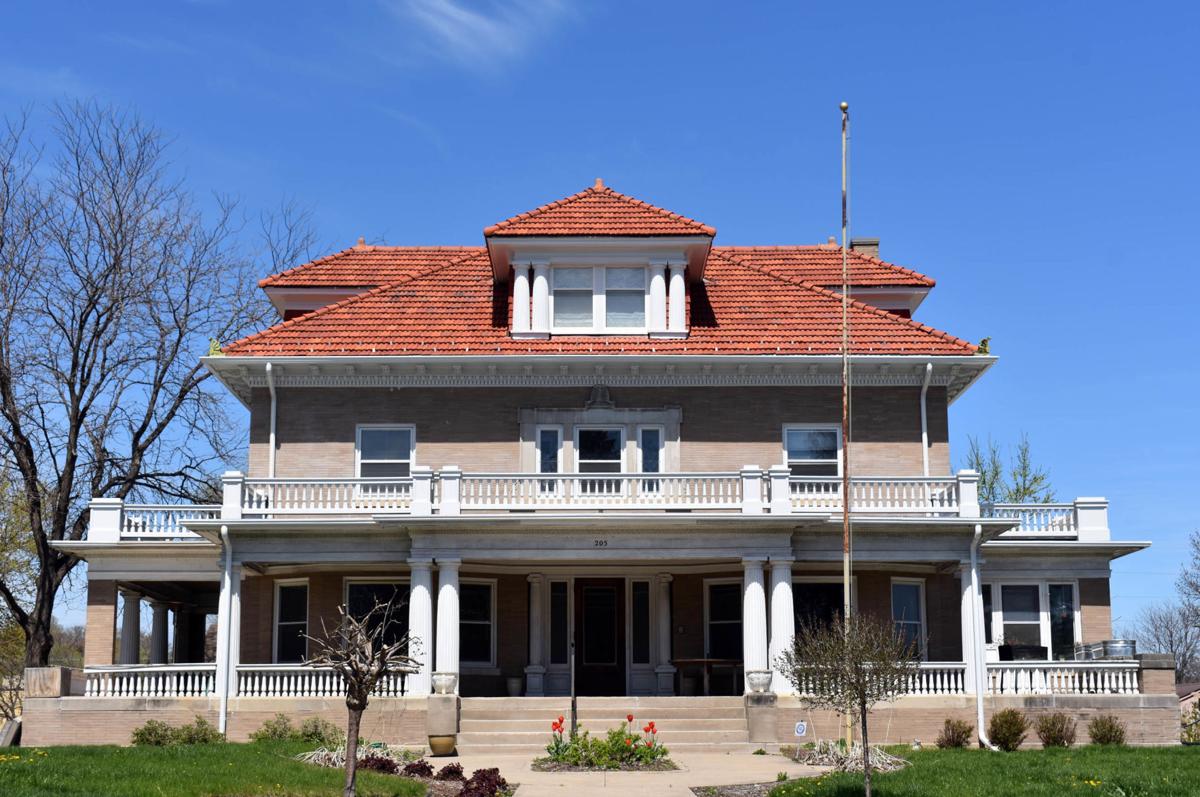 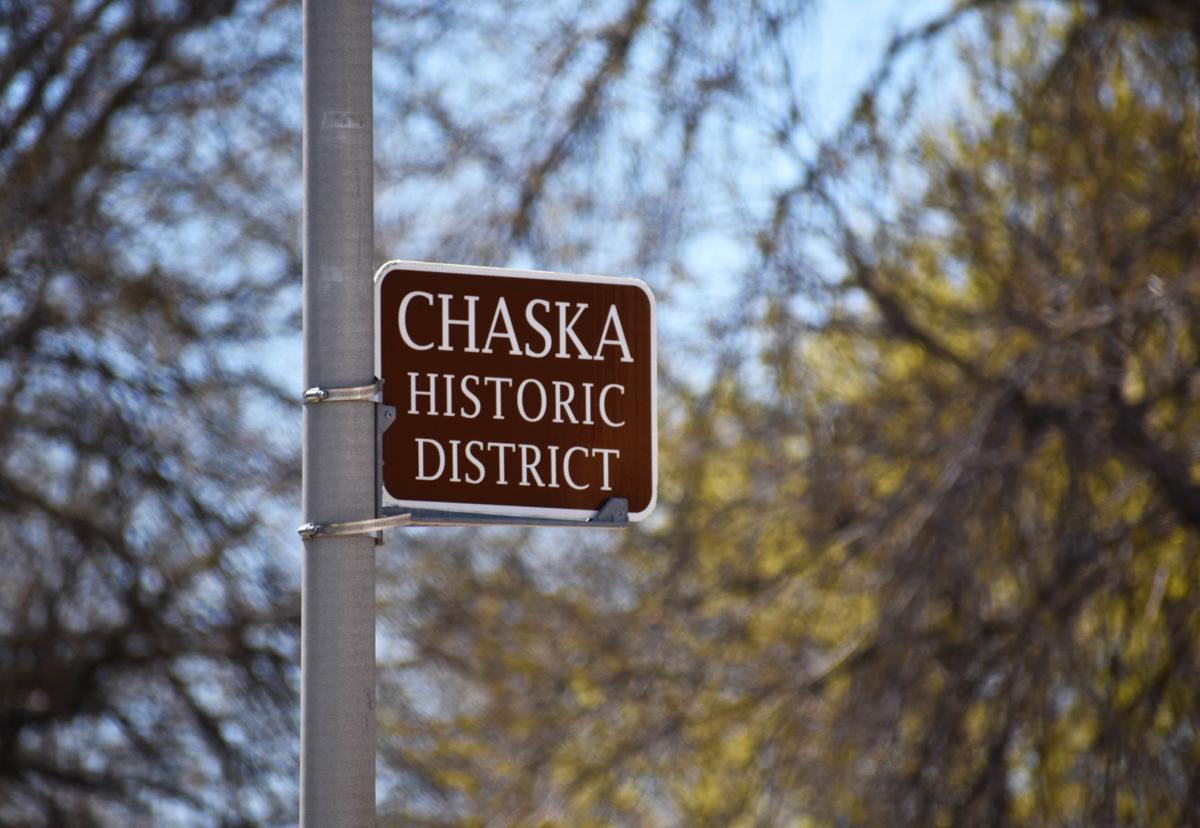 A Chaska Historic District hangs at the Walnut and Fourth Street intersection near City Square Park. 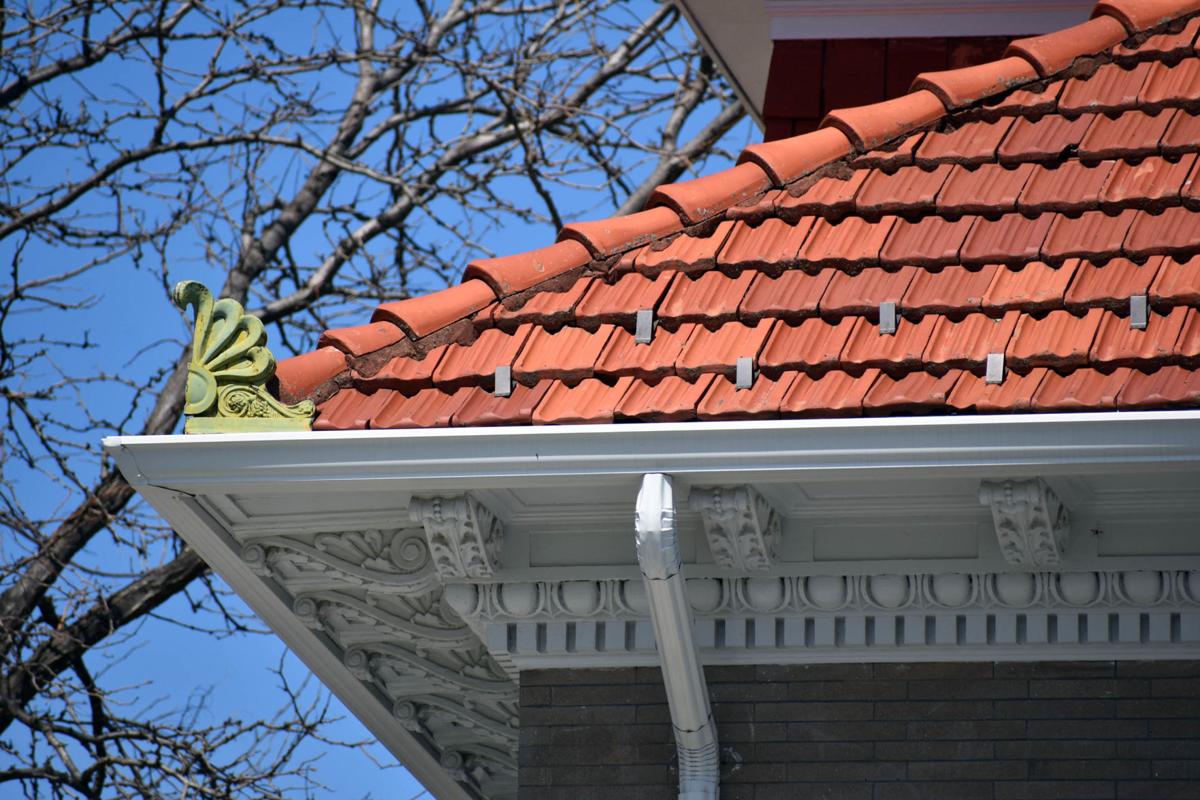 Prominent features of the C.P. Klein Mansion include a red clay tile roof and ornamental decorations. 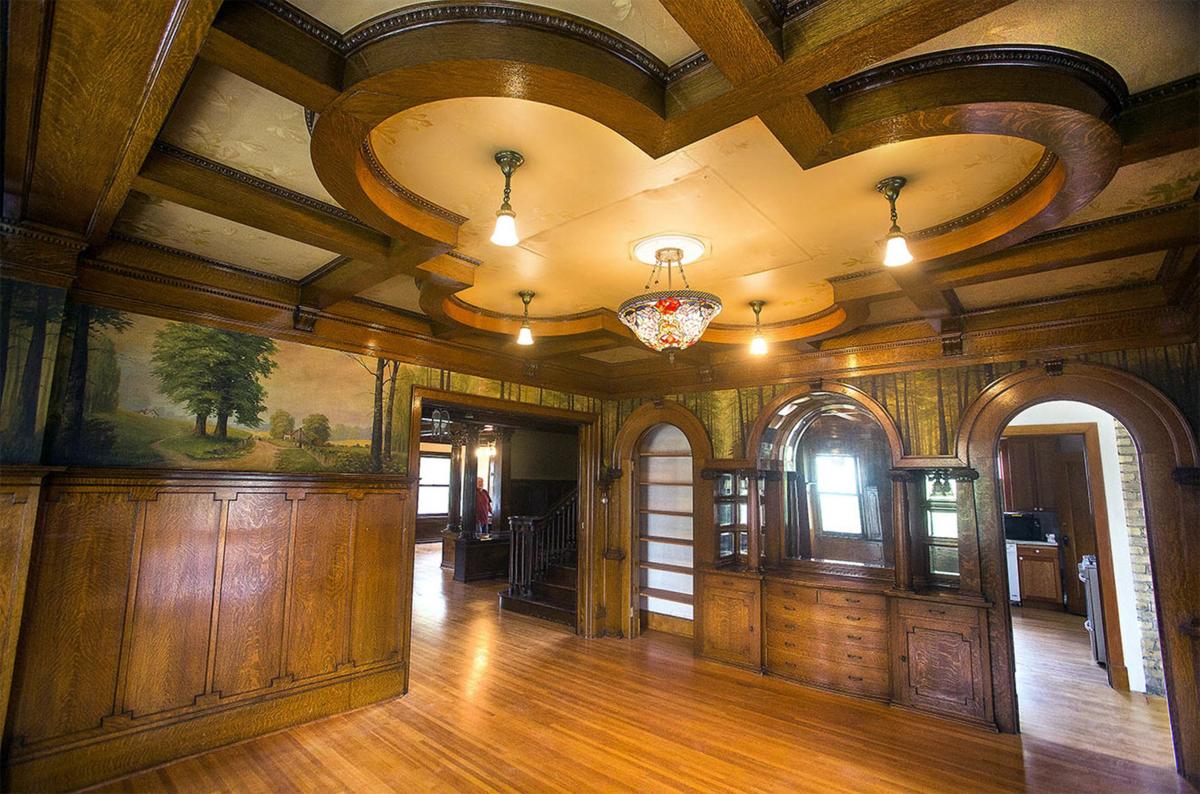 The interior of the C.P. Klein Mansion features intricate woodwork and built-ins.

History was then, but historic homes are now — and in the future.

That’s especially true in Chaska, with its 30 registered historic residences, sporting details ranging from turrets to two-story bay windows. Five are nationally-designated; the majority are locally-named with the historical society.

And now, thanks to work by the Chaska Historical Society and the city’s Heritage Preservation Commission (HPC), there are new instructions to direct homeowners on how to fix up their aging home-sweet-homes.

The pamphlet is designed to protect building exteriors, but it’s a safeguard for more than just bricks and porches.

“It’s all about heritage preservation. It’s about preserving the homes and keeping the historical look and keeping that character in Chaska,” says Steve Mueller with the Chaska Historical Society and HPC.

Mueller, a retired architect, says with the pamphlet behind them, next up is creating a list of 10 to 15 more homes yet to be locally historically-designated.

“There’s a lot more than just brick in downtown Chaska,” he says.

A design manual was available previously, but it wasn’t as easily-available or comprehensive. If people were renovating the exterior of their historic home, they’d try to figure it out themselves or consult with the historical society.

Now, it’s all in one place.

“It just makes sense to try to put it together,” Mueller says. “I just think it’s something that was needed.”

Minor work has to be reviewed by an HPC liaison to make sure repairs align with the home’s original intent. For example, paint colors should reflect what was available at the time, like creams and dark burgundy or green in Chaska. And don’t even think about sandblasting brick to clean it — it’s much too soft and would crumble.

Neil Amundsen knows all about these edicts.

He and wife Sarah bought the Simons Livery Stable on Pine Street over a decade ago and have lived in the historic C.P. Klein Mansion for four years.

The three-story home was built in 1911 by Christian P. Klein, a Chaska brickyard owner and banker.

It was occupied by the Chaska Historical Society, a congressman and the DMV. The Chaska City Council even operated out of the third-floor ballroom for many years, with the police department claiming the basement. The city sold the property a few years ago.

“A house like this makes you feel like you’re part of a bigger history. Because that little piece of wood up there, that was carved by somebody’s hand 100 years ago, is still there."

The Italian Renaissance-style brick mansion features a red clay tile roof, a porch with columns and its share of uniqueness inside.

Has the family renovated the space over the past few years?

WHERE OLD AND NEW MEET

When the Amundsens bought the mansion on East Fourth Street by City Square Park, the roof was not weatherproof; there were rotting railings; water could get into the basement.

The product designer hired an architect and other workers to fix those issues, also replacing the deteriorated balustrade ornamental railing and removing a “huge metal fire escape staircase” out back.

Up next is replacing the garage, which the city and HPC have already approved. Amundsen says he hopes to do a “major renovation” to the third floor ballroom-turned-master-bedroom.

“It’s gonna be a great preservation and a real star for history in Chaska,” Mueller says.

The Amundsens were old pros at historic revamp, even before moving to the mansion, thanks to work at the old livery. They know which easements to follow, which staff to contact.

But Amundsen says he’s glad to see the comprehensive guide for not-so-seasoned folks, whether contractors or homeowners. The rules impact cost, procedure — the whole works.

“I think it’s needed, certainly, for people who don’t know a lot about these things,” he says. “It would be a class in architecture school, right? ‘These are things you can and can’t do.’”

The city is particularly protective of the C.P. Klein mansion’s interior woodwork and hand-painted murals on the walls and ceilings, he says.

“Thou shalt not touch these murals or the woodwork in any way unless you talk with the city first,” Amundsen says, laughing.

Rules might seem a bit “cumbersome,” he says, but it’s all worth it. When the two bought the property, it checked off nothing on their wish list. Now, they wouldn’t have it any other way.

Sometimes they’ll just sit in the living room, looking at the space and feeling grateful. Amundsen says he feels like he’s engaging with the space, not just using it.

“A house like this makes you feel like you’re part of a bigger history. Because that little piece of wood up there, that was carved by somebody’s hand 100 years ago, is still there,” Amundsen says. “You’re living inside of a painting.”

It’s a place they can only call one word now: home — both for them and generations to come.

Pamphlets, mailed to locally-recognized historic homes, are available for $3 at the Chaska Historical Society, 112 W. 4th St., or digitally at no cost.

The Chaska History Center is open to the public Tuesdays and Fridays from 1-4 p.m. for door pickup. Notify the society prior to arriving at 952-448-6077.