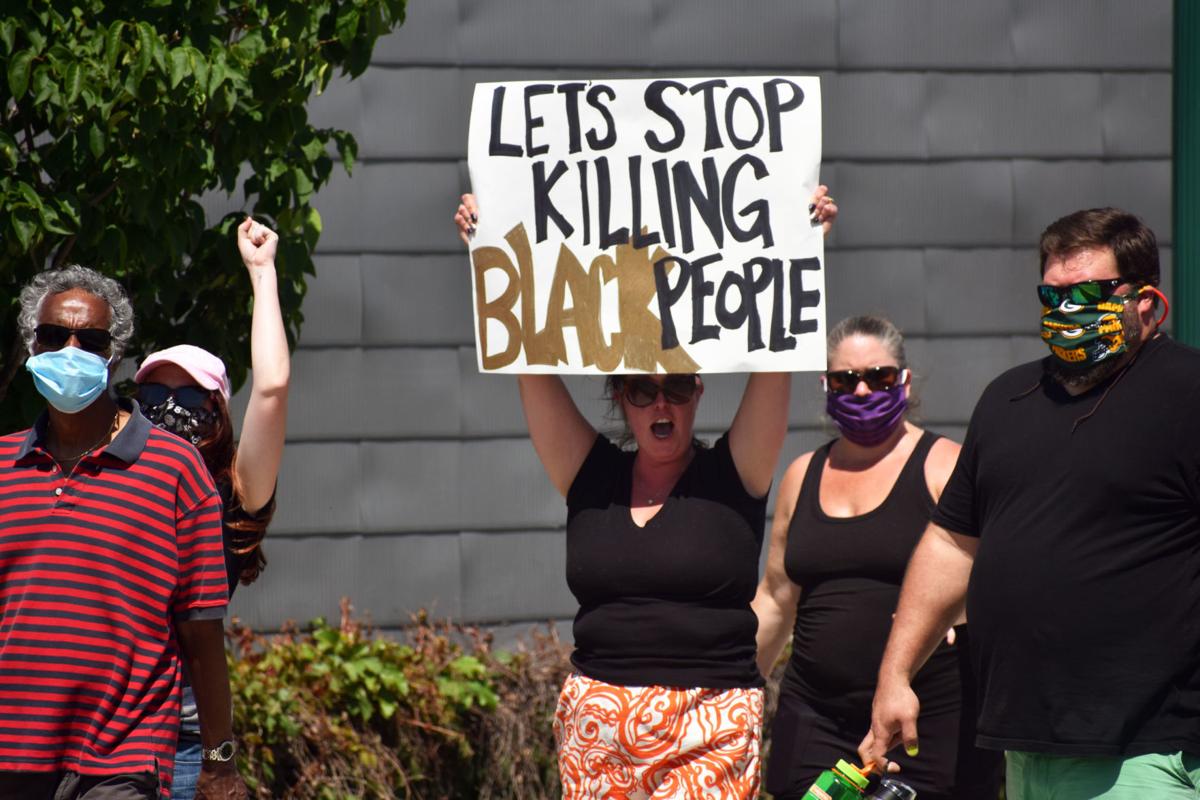 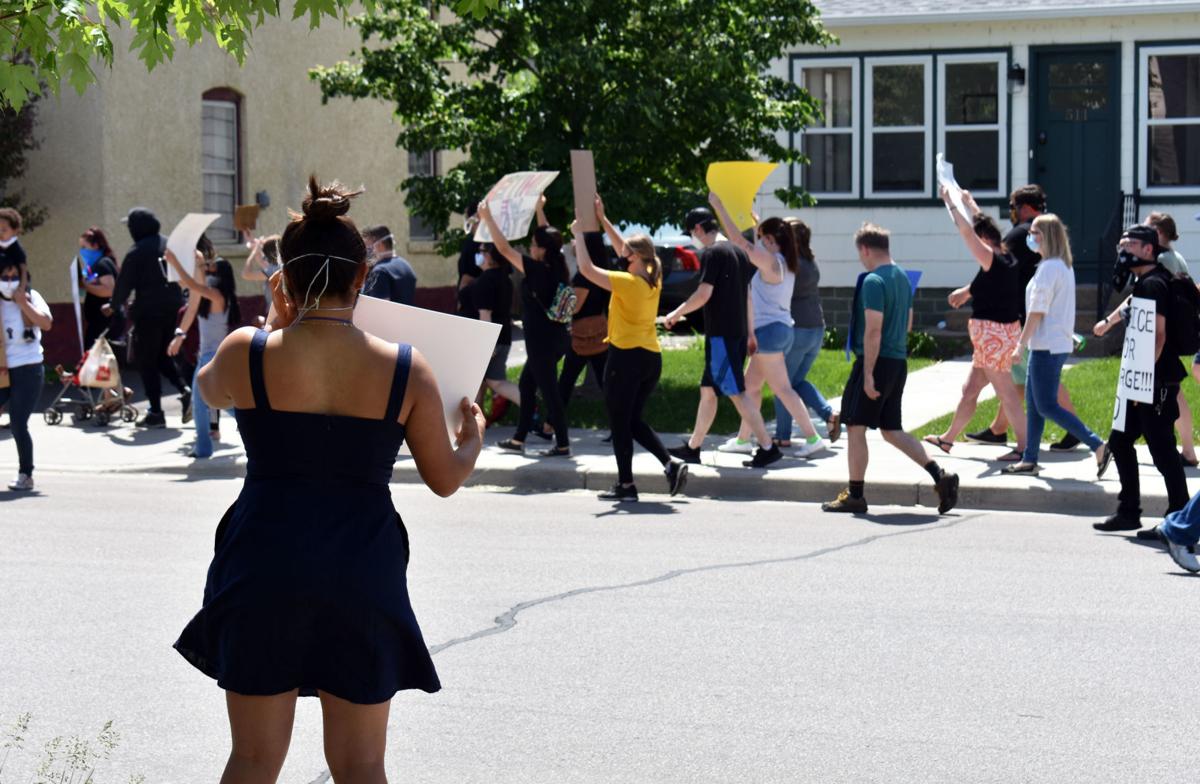 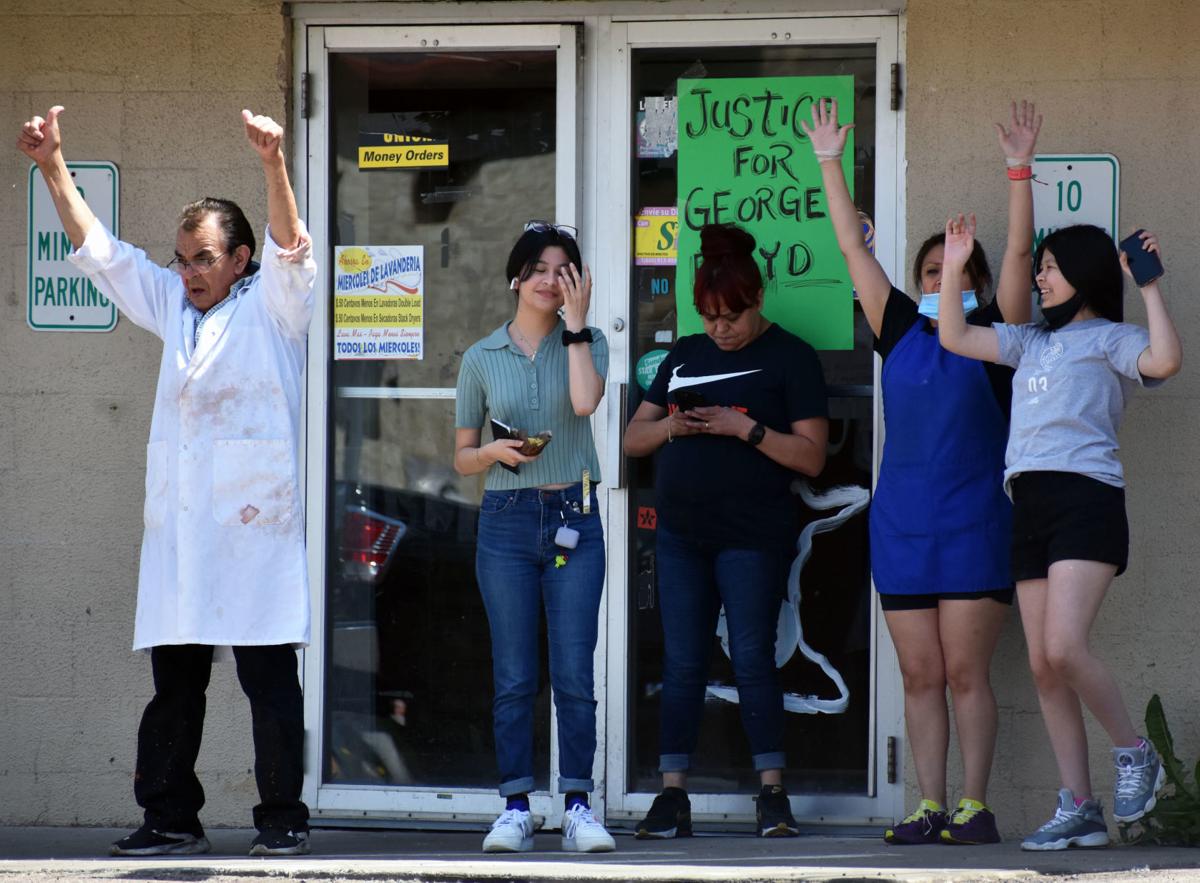 Chaska Market workers and onlookers cheer for protesters marching across the street. 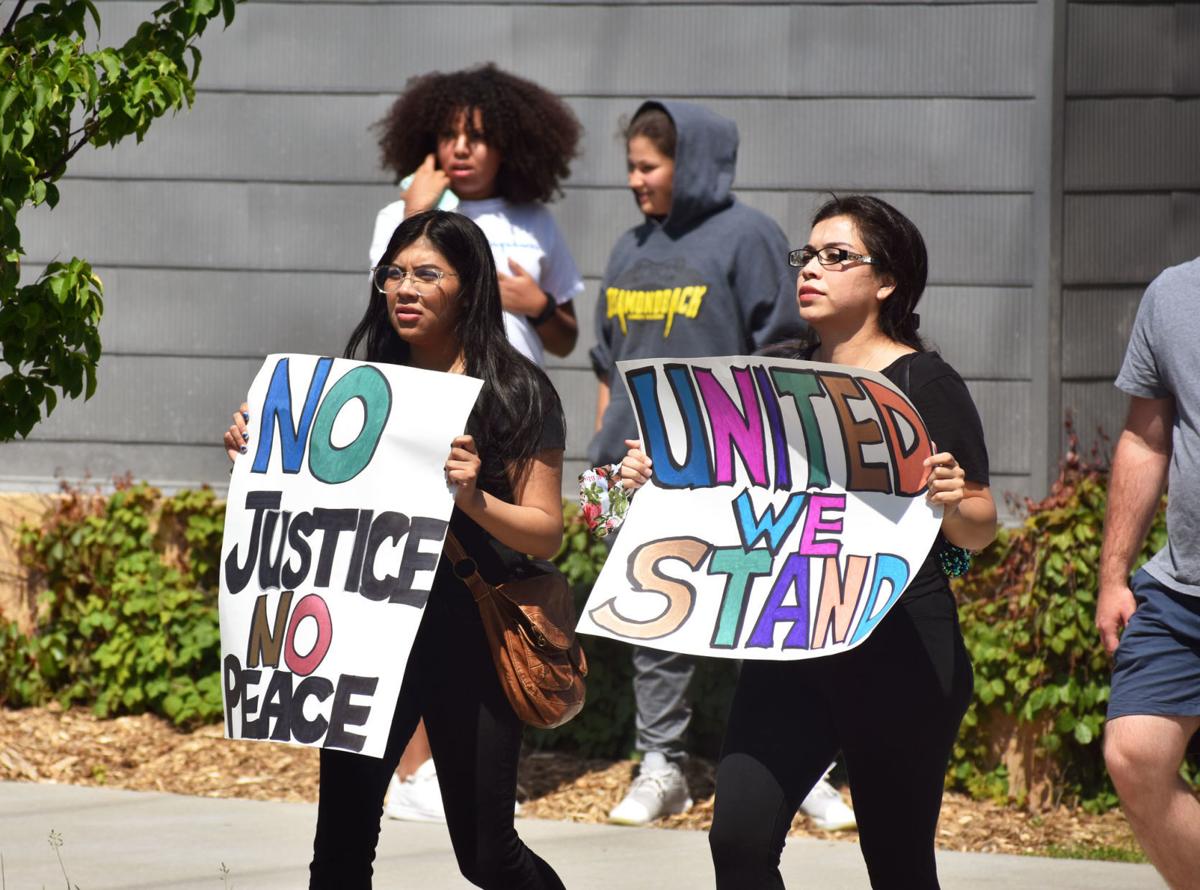 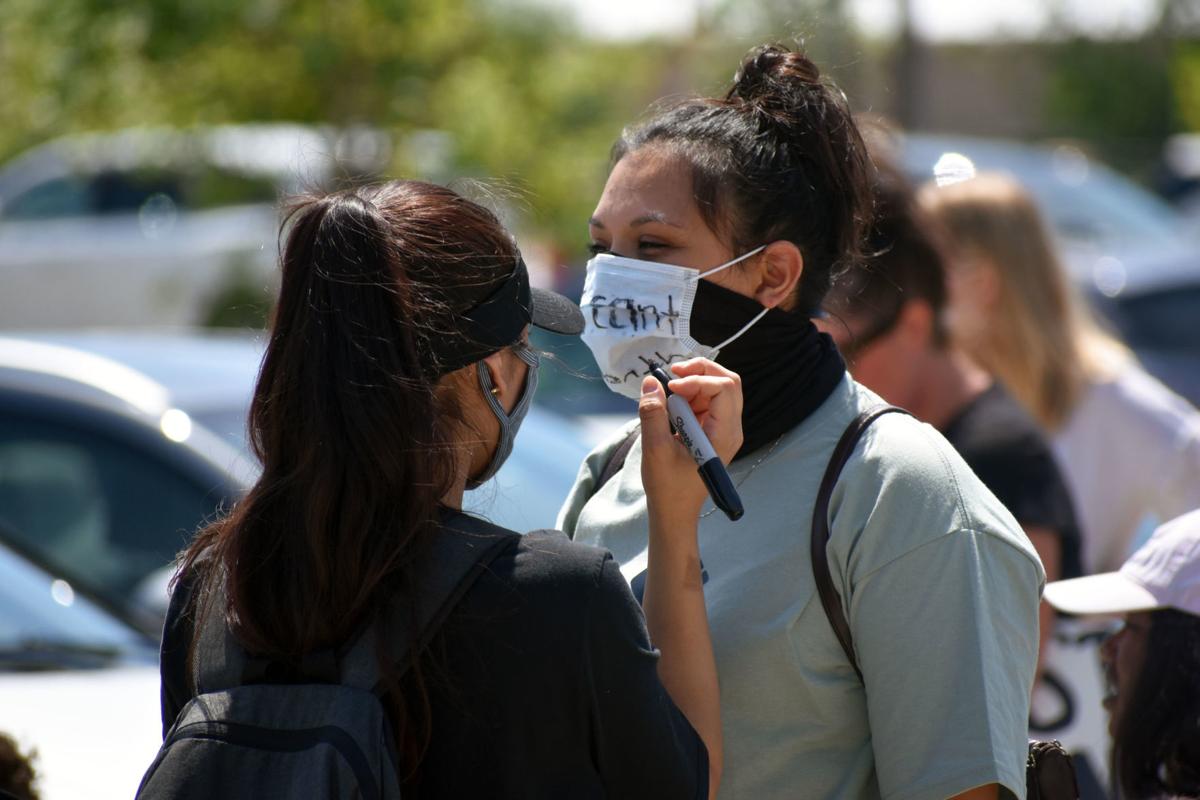 "I can't breathe" is written on a protester's mask, a quote from George Floyd before his death. 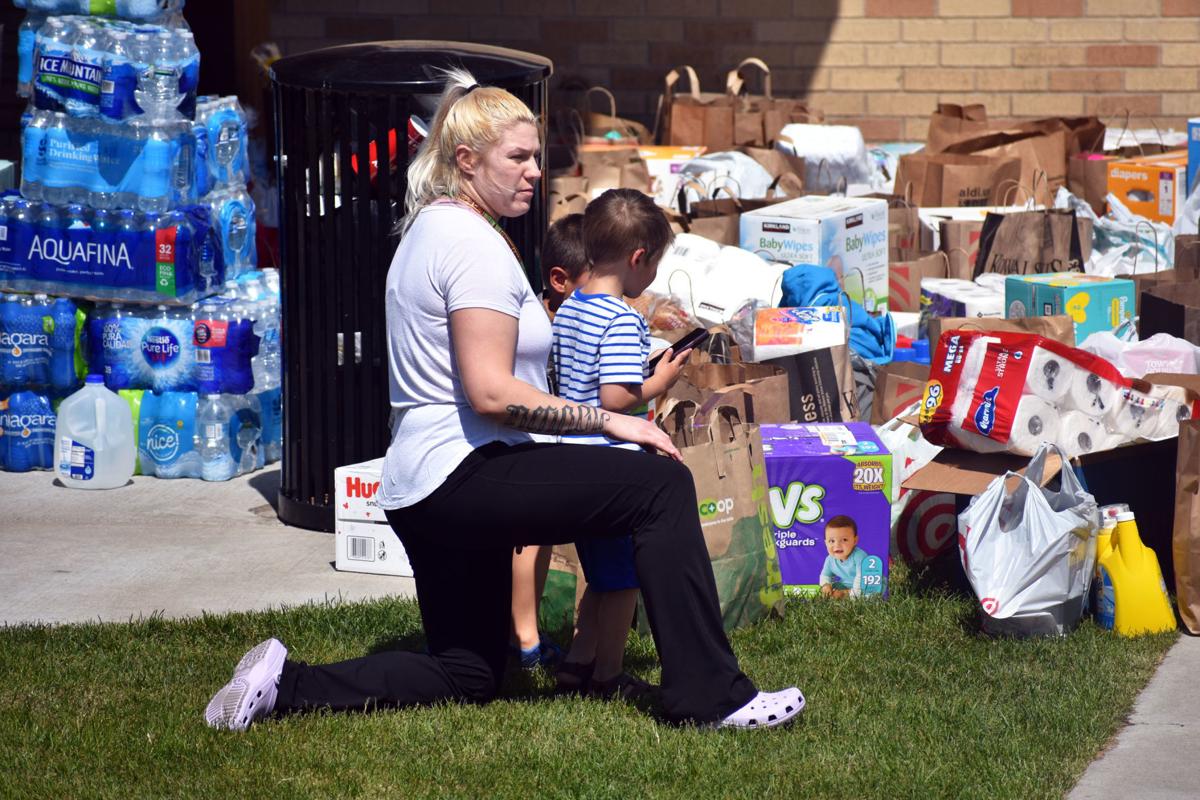 A protester kneels in silence next to donated items in Firemen's Park.

A protester kneels in silence next to donated items in Firemen's Park.

Chaskans joined dozens of other cities in protesting the death of George Floyd, a Black man who died in Minneapolis police custody last week.

“No justice, no peace” and “Justice for George” rang in the air as protesters peacefully marched through downtown Chaska Sunday afternoon, despite organizers canceling the event a day prior due to alleged threats toward students.

Signs reading “Black Lives Matter” and “Silence Is Violence” were hoisted high while an estimated 60-plus protesters marched from Firemen’s Park to the Chaska Police Department, before arriving at City Square Park for some remarks and looping back.

In light of the pandemic, some wore face masks and kept their distance and others did not.

A Chaska police vehicle sat in the Firemen’s Park lot but officers kept engagement with protestors to a minimum. A security guard said he had been hired for the event, walking alongside protesters with a bright neon vest.

Many stayed for a second round of marching, met mostly with honking horns and cheering, but most protesters cleared the park by 4 p.m.