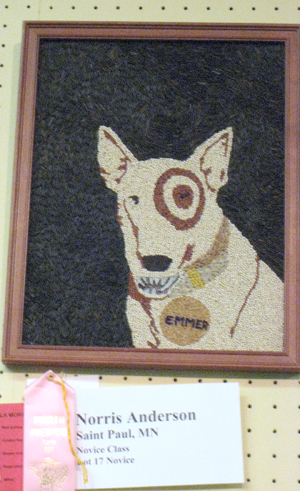 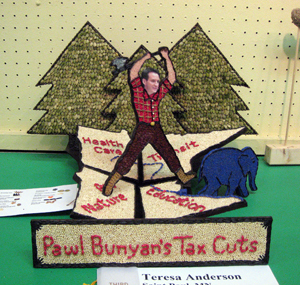 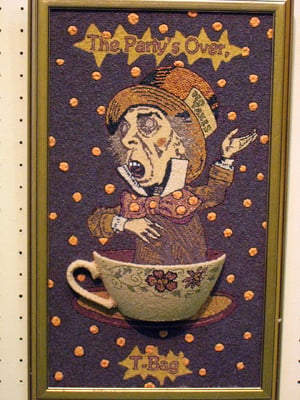 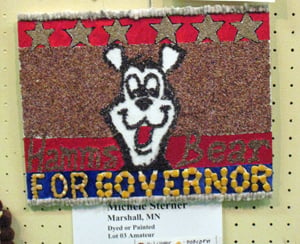 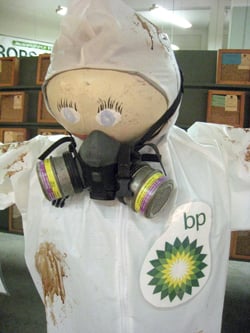 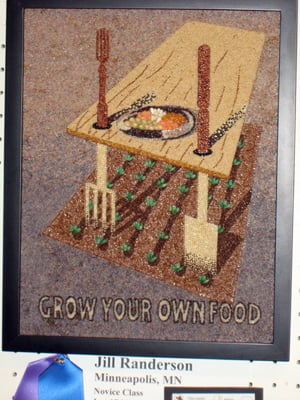 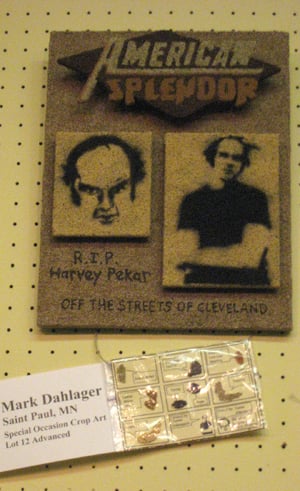 After a few barn-burner years, political crop art appears to be on the outs at the Minnesota State Fair. (See 2008 selections here and 2009 selections here.)

There was nary a rendering of U.S. Rep. Michele Bachmann to be found in the Agriculture Horticulture building. Last year she popped up three times.

This year, pro sports was almost as popular as political art, with the Twins working their way into two crop art pieces and the Vikings' Bret Farve working his way into one.

Political pieces included (these are all pictured at the bottom of this post):

* Target’s donation to the Emmer for Governor campaign, represented by a rabid-looking Target dog sporting an Emmer pin.

* Tim Pawlenty (as Paul Bunyan, and a blue elephant as Babe) hacking away at state services.

* And, perhaps the candidate everyone could get behind, a “Hamms Bear for Governor” crop art sign.

There were also a few topical issues rendered in crop art:

* A piece asking people to grow their own food.