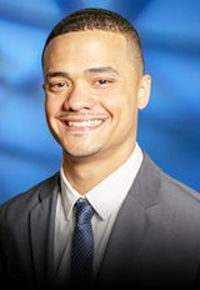 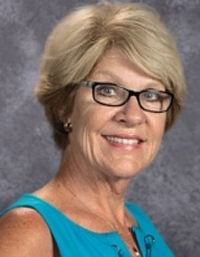 Sheryl Hough spent 21 years inside the Chaska Middle School West building, the last 17 as principal. The memories made in those halls flooded over Hough during her final days there last month, even with working remotely most of the time since April.

“It was pretty surreal to finish a career spanning 31 years like that. You get so used to the energy, the laughter, the adventures inside the building and not having the kids, the staff, all there those final few months, it was different,” Hough said.

As Hough and her husband, Jim, put the finishing touches on a retirement cabin, three years in the making, Hough reflected on her 17 years as principal at Chaska Middle School West.

The largest of the three middle schools in District 112, it also is home to specialized education, including center-based programs such as AIM, which models and teaches students lifelong independent living skills and social and behavioral regulation to be productive members of their school and community.

“To me, the important thing was hiring the best possible person for each job. Someone who had passion for kids. Students have to be the No. 1 priority. It’s not just knowing the content, but really knowing the student and how to best teach the content to them,” Hough said.

“Every kid deserves a second chance. I firmly believe that, and I hope we fostered that in our school,” she added.

Her favorite memories center around events that inspired others to do their best, to put others ahead of themselves.

Chaska Middle School West annually top-three in the state in a fundraiser called Pennies for Patients. Hough said the school was likely No. 1 in the state this year after raising more than $20,000.

“It’s about pulling together for a cause, serving others. We were able to get East and Pioneer Ridge on board and we raised more than $40,000 together this year. The synergy among the middle schools was pretty neat,” Hough said.

She’s also proud of the annual Veteran Days program. One that is “unmatched,” she said. “They start calling us six months in advance. I think we had around 70 veterans at our event last year. It just gets better each year,” Hough said.

Hough, who also taught seventh- and ninth-grade social studies in the district to start her career, has been part of the community for more than 30 years. They raised two kids, Ryan and Hayley, who attended school in District 112.

Chaska/Chanhassen has been home to them. It’s why Hough took so much pride in her building, creating a culture where kids felt safe to be themselves, where staff was mentored, many finding themselves in increased roles in the district and other surrounding areas.

Hough said it was a “collective effort.”

Nate Gibbs, assistant principal at Minnetonka High School since 2018, is the new Chaska Middle School West leader. There were more than 30 applicants for the position, with Gibbs’ diverse experiences in education helping him land the job.

“His experience and commitment to positive academic, social, and emotional outcomes for every student make him an outstanding fit for the district and Middle School West,” stated a district announcement.

Before serving at Minnetonka High School, he was assistant principal at St. Paul Public Schools American Indian Magnet School. During his time with St. Paul Public Schools he also served as project coordinator in the Office of Talent Development and Acceleration Services and as a cultural specialist and teaching assistant at Capitol Hill Magnet School, whose primary focus is gifted and talented students.

“On paper, they look really, really different,” said Gibbs, of Minnetonka and St. Paul, where he grew up and graduated from Johnson Senior High School. “What I have learned in each place is each student manifests a need. The environment, the school community you’re in, the core best work is done where there’s a climate of relationship and connection with staff and student. It’s about springboarding these young kids to find their passion in the classroom, and beyond the walls,” Gibbs said.

Gibbs said he has this little joke where he has this sense of “managing the talent.” It applies to both staff and students. “How do I cultivate talent. How do I help bring out the best in the students? How do I help our teachers continue growth within personalized learning? This way of teaching is something very new and we have to help our staff refine practices so they can get the most out of each student,” Gibbs said.

Coming from a large one-high school system in Minnetonka, Gibbs said he gained perspective on how to navigate relationships around the district, around the community, to be more effective in his role; a role he’s been preparing for since he was a student in the classroom.

“It was clear to me even then this is what I wanted to do. I had this really cool experience of being a graduate of St. Paul schools and quickly there after working in that school system. It really brought out that sense of responsibility, that sense of purpose in me,” he said.

What the future holds for the start of the 2020-21 school year is still in doubt with COVID-19. Gibbs assured his new community of families, though, with a simple message.

“We’ll be prepared either way. I’m excited to jump in and get to work,” he said.

Eastern Carver County School District named Erin Rathke as the next assistant superintendent of schools. Rathke will start in mid-July and succeeds Amy LaDue, who departed the district in late June to Minnetonka Schools.

Currently principal at Minneapolis Public Schools’ Justice Page Middle School, Rathke brings 20 years of diverse experience in urban and suburban districts to the role, according to District 112. She has held leadership and teaching roles at the middle and high school levels, as well as district level role in instructional development and support.

Rathke earned the position following an interview process that included multiple rounds of interviews. Her experience in teaching and learning and her commitment to each student make her a great fit for Eastern Carver County Schools, stated a District 112 press release.