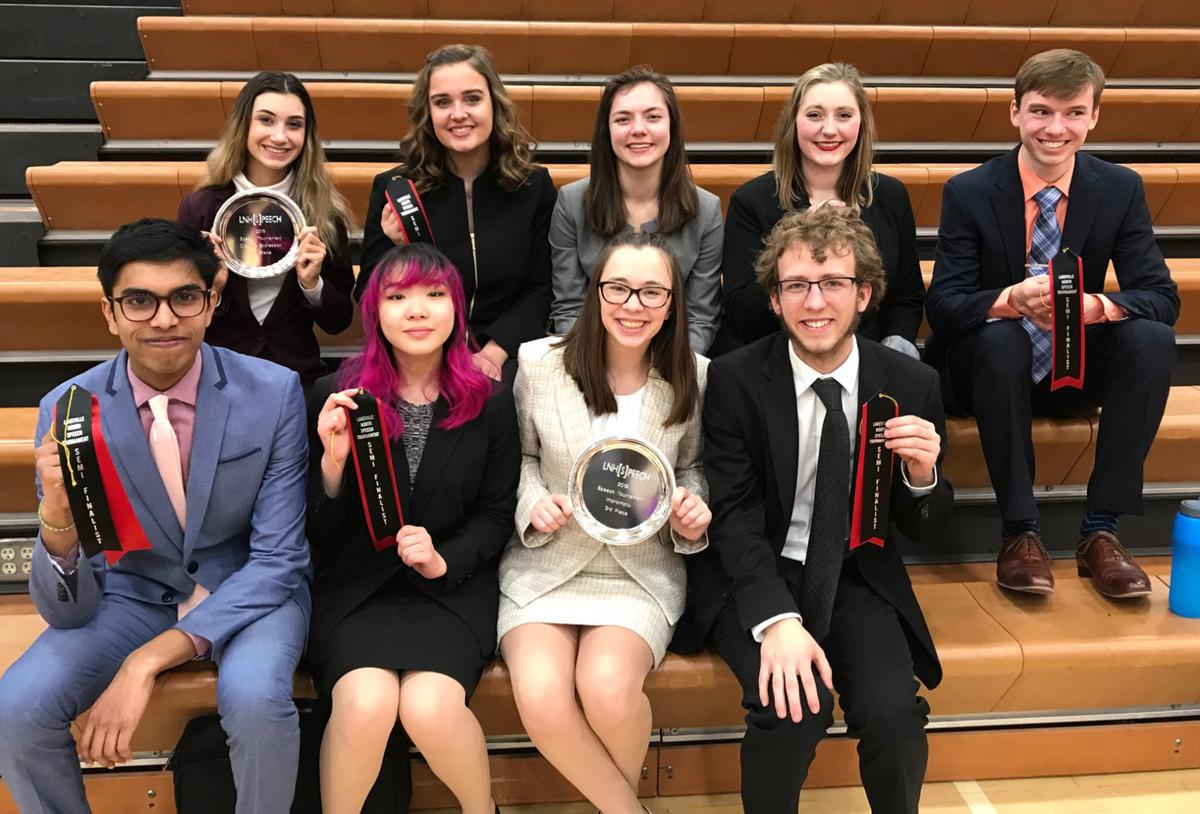 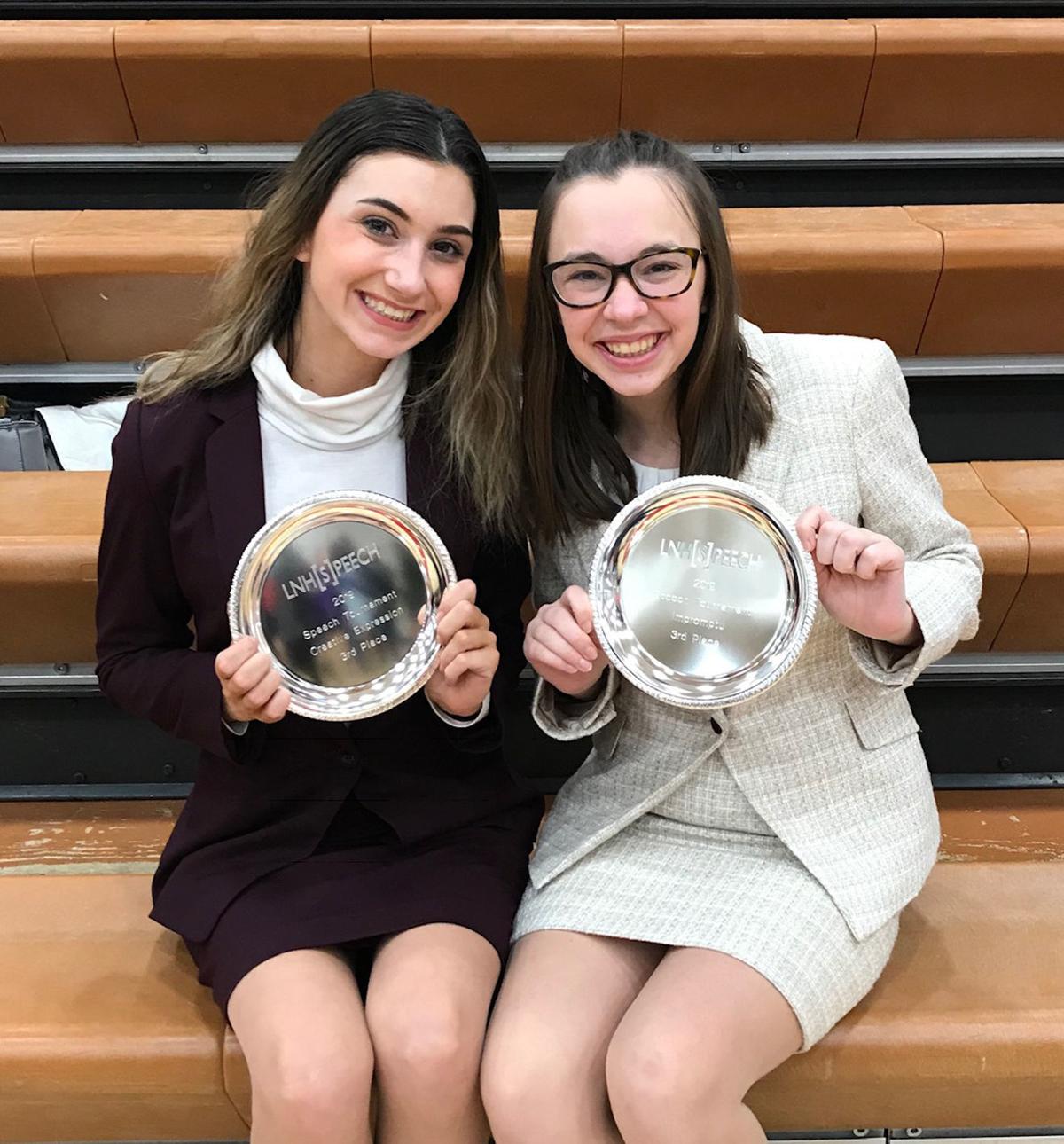 Chaska Speech finalists at a recent tournament in Lakeville include Kate Boerbon, left and Lucy Browning.

Chaska Speech finalists at a recent tournament in Lakeville include Kate Boerbon, left and Lucy Browning.

“This tournament is notorious for being incredibly difficult, yet our team continued to surprise, and exceeded our goal of 10 breaks into semifinals and finals with a total of 12 breaks,” according to a press release.

Two students advanced from the semifinal round into finals: Kate Boerbon in Creative Expression, and Lucy Browning in Impromptu, each placing 3rd in their final round.

One highlight was novice competitor Cyn-Wei Tan breaking into semifinals (top 16 out of 60-pus competitors) in Prose.

The following students earned their second bid for the NIETOC national speech tournament, thus being officially qualified to compete in May at the NIETOC tournament: Ekaanth Veerakumar in Humor, and Cyn-Wei Tan in Prose.

“Chaska High School Speech has been unstoppable this year. Even as the level of competition continues to heighten, the team has been willing and ready to rise to the challenge every weekend. We are incredibly excited to finish the next few tournaments out strong, and make this year one to remember,” the release stated.

The team travels to a tournament in Eagan next week, which is also the weekend of the NSDA National Qualifying tournament. Chaska Speech will send a small group to compete to qualify for the national tournament, while the rest of the team will compete simultaneously at the Eagan Invitational.