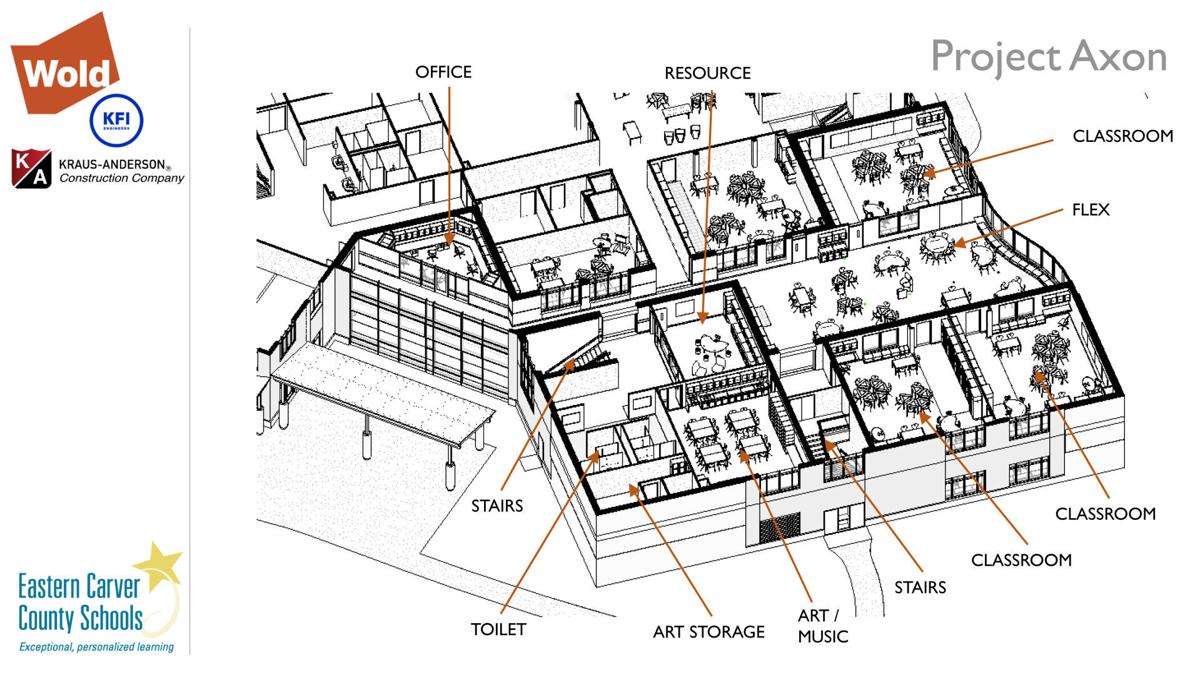 A bird’s eye view of what the addition at Carver Elementary will look like; a two-story expansion on the southeast corner of the building. 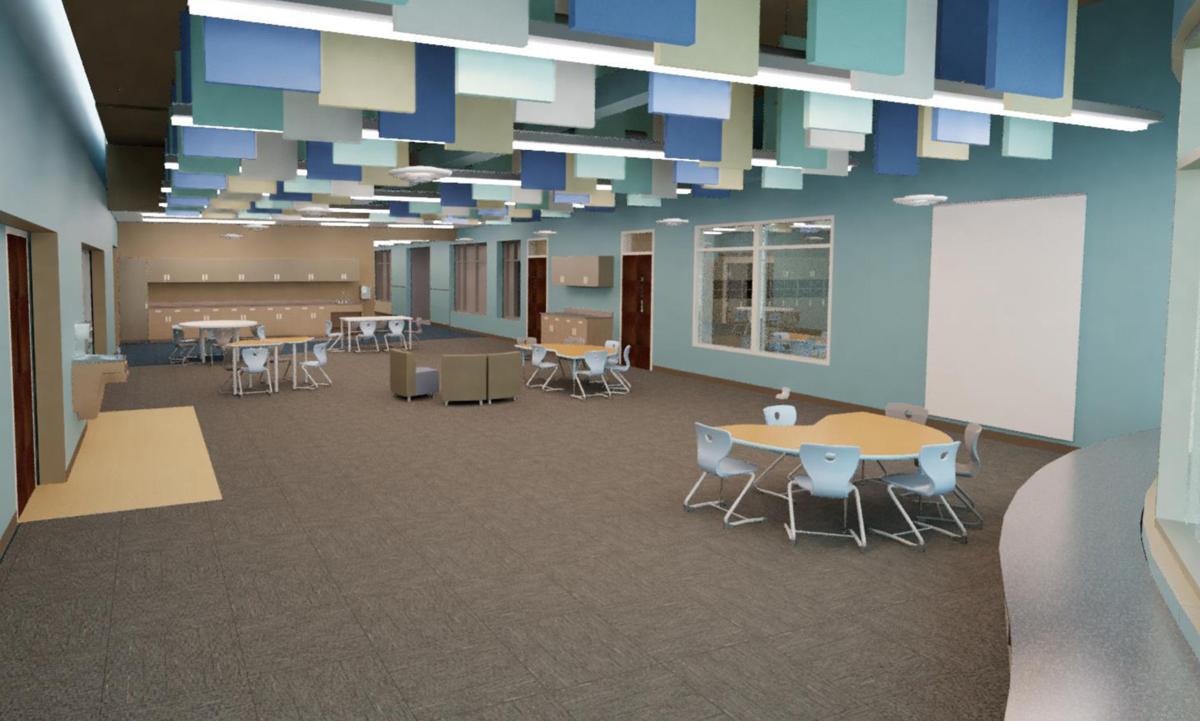 Along with additional classrooms, office space and special education resource rooms, flex areas will be part of the learning environment on both levels in the Carver Elementary expansion. 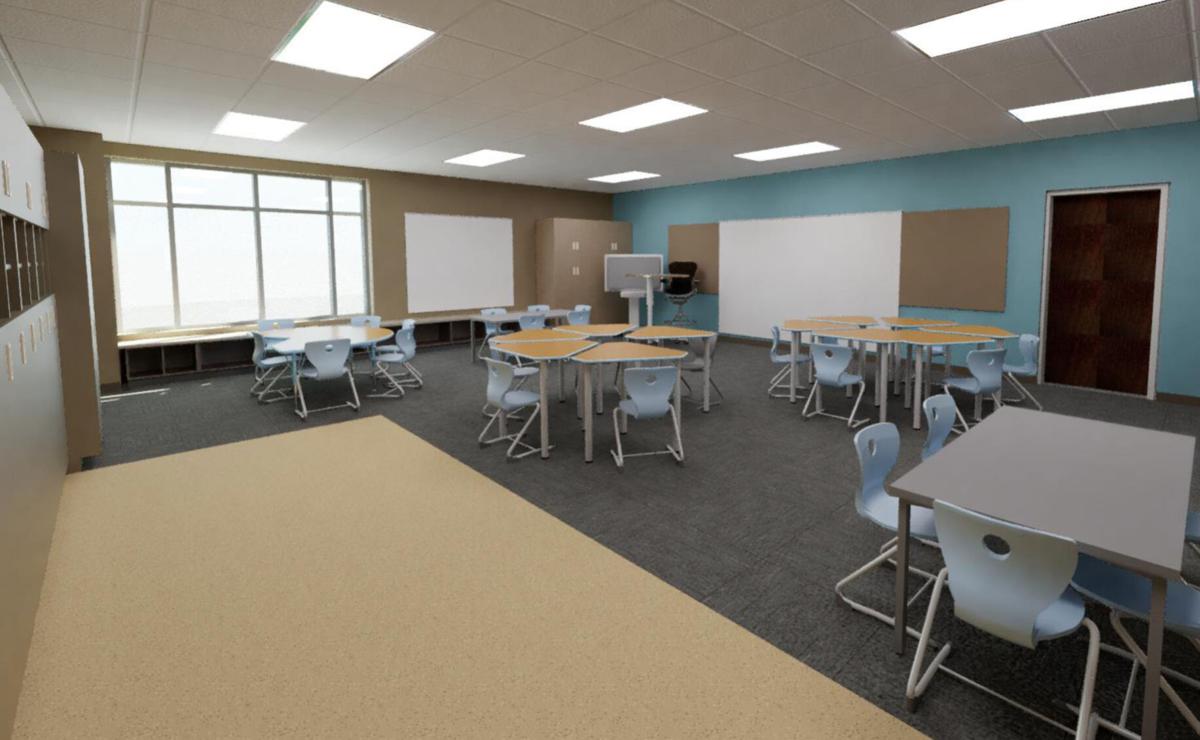 In total, six primary classrooms will be added with the Carver Elementary expansion, allowing the school capacity to increase to 900 for 2022-23.

A bird’s eye view of what the addition at Carver Elementary will look like; a two-story expansion on the southeast corner of the building.

Along with additional classrooms, office space and special education resource rooms, flex areas will be part of the learning environment on both levels in the Carver Elementary expansion.

In total, six primary classrooms will be added with the Carver Elementary expansion, allowing the school capacity to increase to 900 for 2022-23.

The future is now in the present for Carver Elementary, with design and planning of the 19,000-square-foot addition all but wrapped up. The construction phase is set to begin in December, with a target opening in fall 2022.

At the Sept. 13 Eastern Carver County Schools board work session, Ron Meyer, new director of District 112 Finance & Operations, as well as representatives from Wold Architects and Engineers and Kraus Anderson Construction Company, were on hand to update the board.

Meyer said based on current estimates, the project remains on budget.

“Wold will spend the next few weeks fine-tuning the drawings and go out to bid. After bids come in, we’ll come back and report and keep track of the budget as construction moves forward. We have some contingencies and allowances set-up to accommodate the progress,” said Gary Benson, director of project planning and development for Kraus-Anderson.

Carver Elementary, which opened in 2017, was built for a 720-student capacity. With the immense growth in Carver and western areas of the ECCS district boundary, that number already has been met and exceeded.

Earlier this year, the District 112 school board approved an addition to raise the student capacity to 900. That came with an expansion price tag of roughly $9 million.

“While people will contemplate the overall size in enrollment, if you look at the design here, this is a larger building, but it is a bunch of small learning environments. Small cohorts of kids,” said Board Member Tim Klein.

A district stakeholder planning group, including former principal June Johnson and current principal Ryan Finke, met four times over the summer to collaborate on project commitments for the extra space. A user group was also dubbed for their input in July and August.

Among those commitments is a seamless transition from the original space to the expansion, two additional special education resource rooms, that each classroom have clear sightlines to the flex space, and that both levels have a set of bathrooms near the entrance to the classroom grouping.

Additional sidewalks, bus stalls and a larger playground were also on the must-have list. There will be a new art room on the second floor and large flex space in the middle as well.

Sal Bagley, with Wold Architects and Engineers, said this part of the building will include an area that will be act as a storm shelter in case of severe weather. The engineering of the expansion will be built to withstand an F-4 tornado.

The expansion, which will add six classrooms and three special education rooms, as well as an office and bathrooms on each floor, is on the southeast corner of the school building.

Other School Board news

Jocelyn Follmuth is the new student representative to the school board from Chanhassen High School.

Policy 808, or the face covering policy, mandated by an executive order from the governor last school year, ended on July 1, 2021. With each district given control of masking decisions, the policy was updated and approved in a special meeting after the work session.

Board Member Jenny Stone, a teacher in the Edina School District, shared, "When I read the purpose, for me in my mind, and I know we've added that we will maximize protection from COVID-19 and the spread to others, I would like to add, in all bold, screaming red with some flames coming out of it, to maintain in-person schooling for as long as possible."

Additional funds were awarded to ECCS through the Coronavirus Response and Relief Supplemental Act (CRSSA), as well as the American Rescue Plan (ARP). This follows the CARES Act money that distributed in 2020.

District 112 Director of Finance & Operations Ron Meyer said while all public school districts were eligible for these financial resources, the amount varied depending on the size and demographic makeup of the school district.

For Eastern Carver County Schools, the total amount received was just over $5.67 million of one-time money. Meyer said $473,537 was spent in 2021 on substitutes, custodial overtime, additional nurse time for contract tracing, personal protective equipment, and an air purification system in the bus garage.

Money from the CRSSA budgeted for the 2021-22 school year for Online Learning Academy staffing, cleaning and PPE supplies, instructional supplies, and the Career Resource centers at the high schools. A remaining $275,000 is being held over for 2023. Funds from the ARP are only proposed at this time. Meyer said community input is needed first to allocate the appropriate funds.