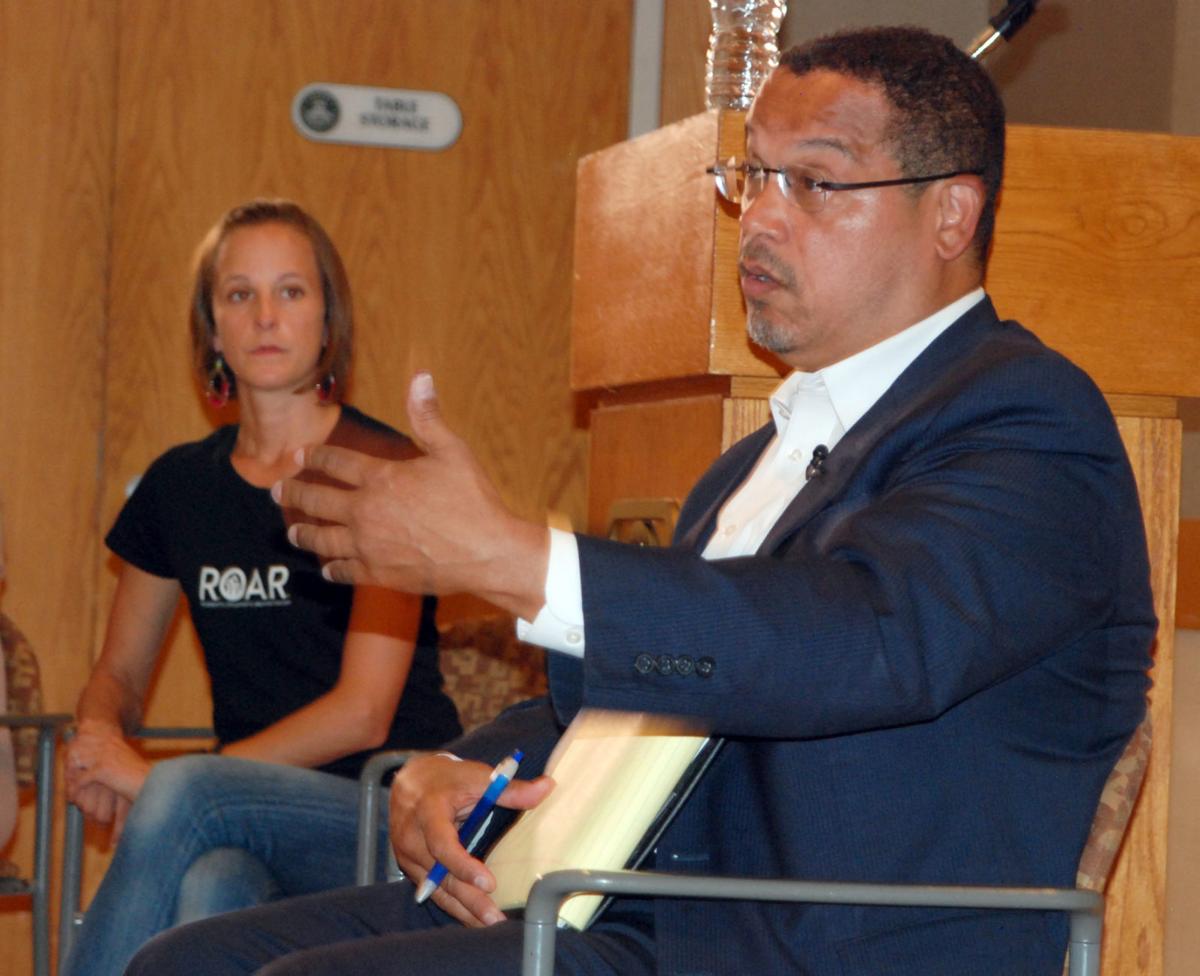 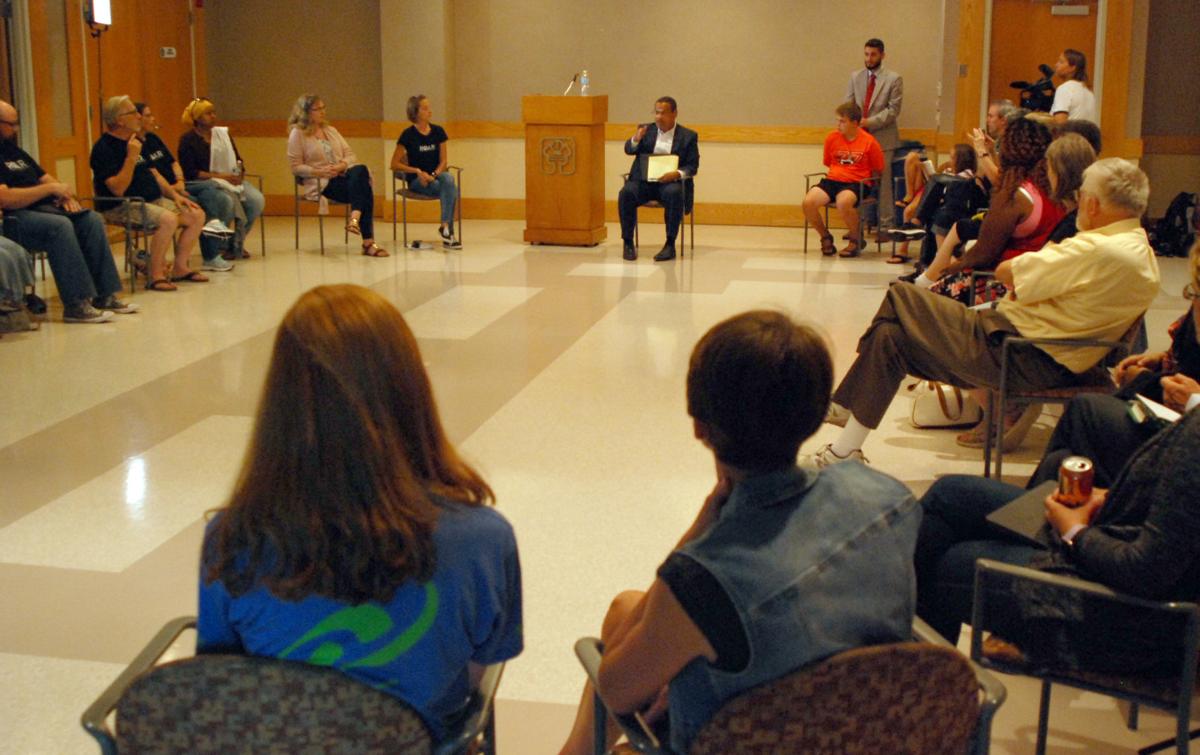 A group of about 25 local residents sat in a circle in a Chaska Community Center meeting room to express concerns about local racist incidents to Minnesota Attorney General Keith Ellison.

A group of about 25 local residents sat in a circle in a Chaska Community Center meeting room to express concerns about local racist incidents to Minnesota Attorney General Keith Ellison.

Ellison was invited by the group ROAR (Residents Organizing Against Racism) and spent 90 minutes in a Chaska Community Center meeting room with about 25 residents listening to concerns and offering advice.

During the past school year, the district has grappled with various racial issues: a student reporting that racial slurs were written on his shirt at school; racist content posted by students on social media; students wearing blackface at a football game; and a debate over Black History Month posters at Chaska High School.

In response, the Eastern Carver County School Board has hired Dr. Muhammad Khalifa to head up an equity audit for the district. A new equity and inclusion director, Dr. Keith Brooks, also began working in the district in July.

Ellison urged the crowd to work with students accused of racist incidents. “I’m not just saying ‘boys will be boys.’ It’s way more serious than that. I’m also saying that we might be able to draw some of them back if we reach out and we make sure the school reaches out,” he said.

He referenced a few of the incidents, including a photo of a student wearing blackface at a football game that made it into the Chaska High School yearbook and was removed before distribution.

“Now this is a leadership issue and leadership needs to be held accountable for this, and I’m extremely concerned about this, and you all should write a letter telling me how concerned you are about it,” Ellison said. He also encouraged ROAR to take its message door-to-door in the community.

“The district has never shied away from acknowledging that mistakes were made, and that we are accountable for creating a safe, welcome, and inclusive environment for every child in the district,” said Celi Haga, district director of communications and community relations, in an email to the newspaper.

“We focused summer professional development at the leadership level intentionally because that’s an important part of that accountability. We are unwavering in our commitment to do better for all our students. Our equity work is important work, it’s the right work, and through it, all of our kids will be better positioned for success,” Haga said.

“It was nice to have the dialogue of someone who has been on this road and has faced a lot of adversity in his career for being a black Muslim, and some of the things that have worked for him,” said Jenna Cruz, of Ellison, following the meeting.

Cruz, who has three children, two in the district, said she has seen improvement on racial relations in the community, noting positive response to a recent ROAR booth at River City Days in Chaska.

However, she is critical of the district. “After last year, which got to be really tense for a lot of students and parents and teachers, they had a huge opportunity to create an environment coming back to school this year, and I think they’ve dropped the ball.”

Regarding the Ellison meeting she said, “I would say the biggest thing for us is having a direction to go when we don’t feel like district leadership is taking adequate action, that we have another person we can turn to that might shed some light on the issue and encourage the district to step up.”

Amanda Flowers Peterson said she withdrew her children from the school district. “We are far from anywhere close to a finish line,” she told Ellison.

“People are experiencing very real mental health issues because of the harm done to us and the continued harm that keeps being done to us and I hope that, as we move forward with this very important work, that that’s not lost in translation,” Peterson said.

According to the district, the equity survey was completed by 14% of parents and 36% of students.

The district expects to receive and share the results of the equity audit in September, Haga said.

“The results of that audit will be used to inform district decision-making as district leaders develop our equity action plan this fall. Throughout the district, our buildings are putting in place plans and training to further this work, and there will be more specific information on their plans as we move into the school year," she said.

For district responses to a July 22 community conversation on diversity, equity and inclusion visit www.district112.org/community-conversation-submitted-questions/