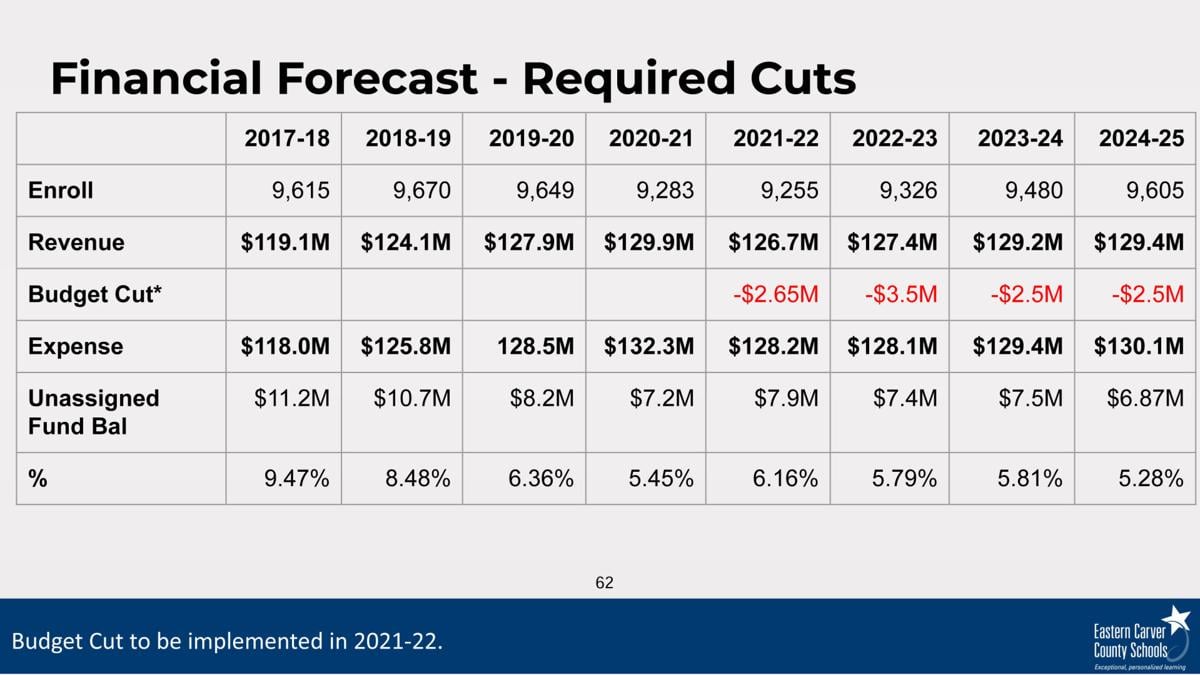 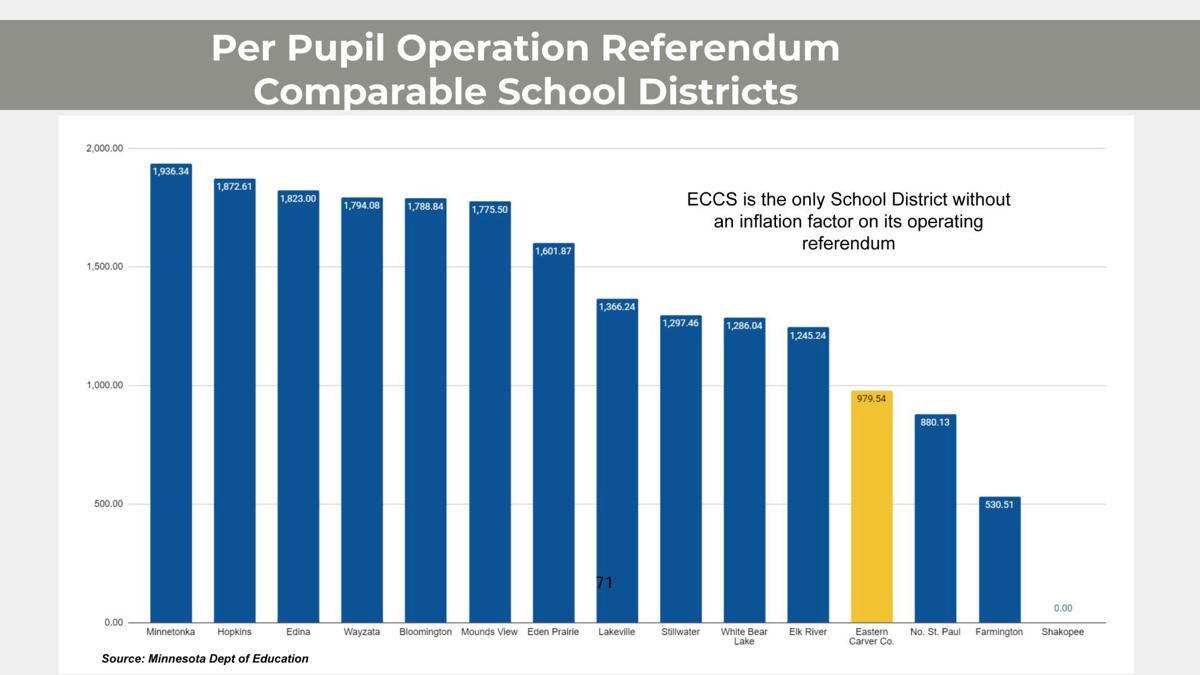 If Eastern Carver County Schools taxpayers won't vote for a future referendum, what are they willing to sacrifice, pondered School Board Member Jenny Stone on Feb. 22.

Just a year after District 112 slashed the budget by $6 million, resulting in the loss of staff and some programming, a drop in enrollment due to the COVID pandemic will force another $2.65 million in cuts this summer.

The financial outlook with current levy amounts forecasts the same situation through at least 2024-25, according to the district. The unassigned fund balance would dip below 5% each year.

"If we don't do something, it's going to result in larger class sizes and a reduction in programming," said Board Member Tim Klein.

"We continue to want to be next to our peers. If you look to the left, who do we want to compete with as a destination district. It's Wayzata, it's Minnetonka, it's Eden Prairie. So we're severely underfunded. I think we're doing phenomenal things for the level of operation," Board Chair Dr. Jeff Ross said. "We are not misusing our funds. It's the resources our neighboring districts have, and the resources we have."

The district will begin exploring the idea of a referendum, surveying stakeholders to see where they lean.

Stone said she believes voters weren't clear on what they would lose, what kind of impacts would happen if the 2019 referendum failed.

"The impact is in the classroom. The levy dollars are going directly to students," Ross said.

Klein said presenting numbers in the survey isn't enough. It's showing residents what each dollar amount does. Does it result in the same or even more programming. Does the amount just keep the lights on?

"I'm super concerned about the tax impact. But, it's a no-brainer. We're going to have to go out and do something with our operating," said Board Vice Chair Lisa Anderson. "Getting that survey will help guide us. What is the community's willingness to step up?"

In 2019, two of three referendum questions failed by 193 and 495 votes, respectively. The first question asked for an operating levy increase of $550 per student, or approximately $5.6 million per year for 10 years, adjusted for inflation.

The second question was a 20-year bond request for $111.7 million to build a new elementary school, repair buildings and acquire a larger bus garage.

Earlier this month, Kahring presented the findings of an extensive facilities task force at a board workshop. On Feb. 23, she shared how the projects may be funded.

The task force concluded on these objectives:

Additionally, the district would like to fulfill between $10-12 million of deferred maintenance to school buildings. Much of that money would go to Chanhassen Elementary and La Academia.

District 112 will see a significant reduction in debt in coming years with 20-year bonds coming off in the books in 2025 for Victoria Elementary and 2028 for Chanhassen High School. Remaining $5 million payments are for Carver Elementary, the Eastern Carver County Athletic Center, and additions at Clover Ridge and Victoria buildings.

Kahring cautioned against any kind of bond referendum for a new building, such as an elementary targeted for western Chaska in the Big Woods development.

"The school district will have to go out for a bond referendum to reflect that at some time when we see the growth of enrollment we saw at the pace from before (the pandemic)," Kahring said.