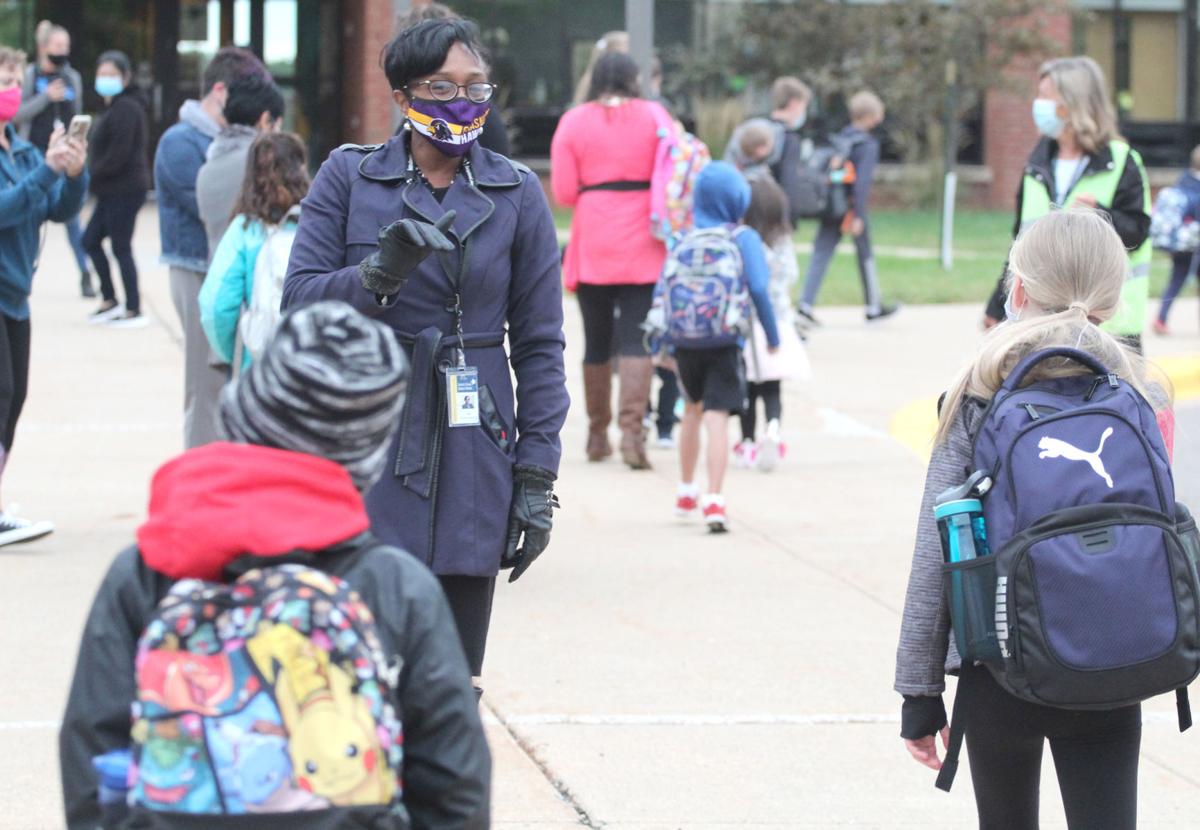 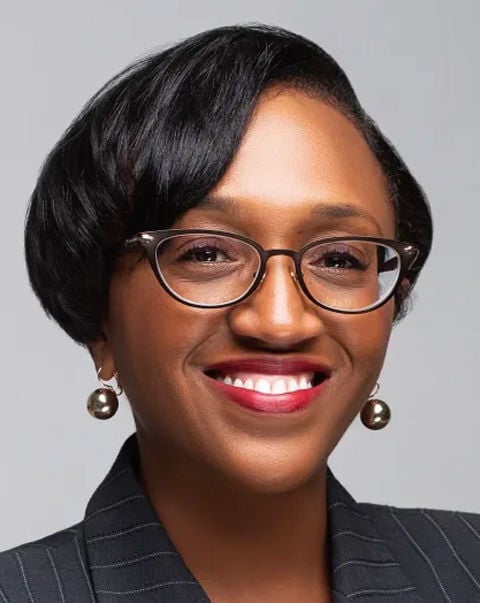 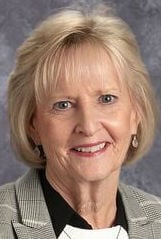 Lisa Sayles-Adams reflected back on her interviews for the Eastern Carver County Schools superintendent opening.

She never imagined the potential of a school failing to have a nurse in the building. Or being able to only fill 58% of substitute requests one day. Or a principal in the classroom, needing to instruct math to cover an absence.

District 112, after 10 weeks of in-person learning at the kindergarten through eighth-grade levels, seven weeks for secondary students, was forced back into full distance learning to conclude the 2020 calendar.

Students in grades kindergarten through second grade will return to buildings beginning Jan. 19. Other grades will return to school, middle and high schools in hybrid, starting in February.

"When I interviewed for the position, the consideration of COVID remaining wasn't even on my mind. I never imagined the awesome responsibility in planning for three different learning models. Everything that goes into that. Knowing there is this great safety concern, being able to make accommodations to staff that needed them. And if we needed to shift into distance learning again, making sure that it was a better experience for students, staff and parents," Sayles-Adams said.

Six months into the position, a certainly trying timeframe for school administrators, staff and students, Sayles-Adams feels good about what was done. Decisions that were made. Feedback she has received about Distance Learning 2.0 has been overwhelmingly positive.

"We have such strong leadership and quality staff. I have met a lot of great people, connected with many different community leaders and groups. I've really enjoyed meeting people, working together to provide the best educational experience we can," she said.

"To put that meeting together, having all of those people talk through every aspect of the decision to recommend distance learning, it was extraordinary. They provided the School Board with everything they needed and more to make the necessary decision," Commers said.

A teacher for 25 years in District 112, Commers' current role often times brings him together with Sayles-Adams in important decisions that affect teachers.

"She has this incredible capacity. I remember with the selection process, she did an incredible job of showcasing her leadership abilities, and that remains indicative in what she brings to the district. Day in and day out, she demonstrates that capacity. There isn't anything more we could ask of our district leadership," Commers said.

Strong leaders is something Sayles-Adams was exposed to growing up in St. Paul's Frogtown neighborhood.

Her dad's family included Judge LaJune Lange, who served on the Fourth Judicial District Court for Hennepin County. Her mom's family included a neonatal nurse, an accountant, a St. Paul School District teacher, an engineer, and her aunt, Sharon Sayles-Belton, the first African-American and first female mayor of Minneapolis.

"I come from a family with strong leaders, especially strong female leaders. I think my family's belief in me, their confidence in me, and their support was really nurturing," Sayles-Adams said. "Leadership was was always around me."

Sayles-Belton was mayor from 1994 to 2001 after representing the Eighth Ward on the Minneapolis City Council for a decade.

"My auntie had been in politics for a long time. She would take me everywhere, expose me to many different aspects of leadership and serving the community. When she ran for mayor, I was handing out leaflets, talking to people, helping her campaign, Sayles-Adams said.

"Being at her fundraisers, I had the opportunity to watch her grow in her leadership, to see her passion for community and education. Her connection with all people. That is something that has always stuck with me," she added.

After working in St. Paul Public Schools as an assistant superintendent for eight years, and one year most recently in North St. Paul-Maplewood-Oakdale, District 112 chose Sayles-Adams over seven other candidates last spring.

The candidate pool included two superintendents with 15 years of experience and an associate superintendent from Minneapolis Public Schools. Sayles-Adams was among two female and two African-American candidates interviewed.

"We were absolutely thrilled," said Deb Henton, executive director for the Minnesota Association of School Administrators, of Sayles-Adams' hiring. "She is such a capable leader. She has this wonderful experience, and she is a person of such high integrity. Eastern Carver County Schools was so fortunate to hire a leader of her caliber. Really, we wish we could clone her."

Figures from the state of Minnesota show roughly 17% to 18% of superintendents are female.

"(AASA) has identified that is an issue and that is something they are trying to work on with focus groups, having leadership development opportunities so women who inspire to be superintendents are able to get that mentoring, that coaching, and that support," Sayles-Adams said in a June interview. "Locally, we're starting to see more women get those superintendent positions, but we're working to get caught up."

"It's a problem we're trying to adjust," said Henton, an advocate for empowering leaders through high-quality professional learning, services and support.

Henton, a former superintendent in North Branch, said there continues to be a "severe shortage" of persons of color applying for district leadership positions as well.

According to the AASA, 8.6% of respondents identified as superintendents of color in 2020, compared to 6% in 2010 and 5% in 2000. Of the relatively small percentage who are African American, Latinx or other minority group, nearly 42% are women. ​

As the first day of the 2020-21 school year approached, teachers and staff from District 112 on Aug. 26 stood with signs along Highway 41 outside of Chaska Middle School West.

Commers called the day an "informational picket." A day to call attention to the realities that teachers faced this summer in preparing for the upcoming school year.

"Our message really was, yes, we need to be in school. But our society can't make it safe. And it remains the same now," he said as a return to school date was established by Gov. Tim Walz in an Executive Order on Dec. 16.

"Last month we held two listening sessions with teachers. They had the opportunity to have face-to-face time with myself and Erin (Rathke). It was an open discussion. Whatever they wanted to us to hear, we wanted to hear. We listened, we took feedback. Whatever we can do to help out teachers, we certainly are trying to do that," Sayles-Adams said.

District 112 will phase in different grade levels back into the buildings over the next six weeks, based on guidance from the state and the Minnesota Department of Education.

"The reality, though, is still the same. We know more. We understand COVID-19 better. I really think that the governor is doing everything he can, but this goes beyond the school district on how our society is set up," Commers said.

"We've been working non-stop since the governor's announcement to find ways to bring students back. I feel confident that it's doable. But we want to make sure it's launched correctly," Sayles-Adams said.

Commers said he appreciates the collaboration between the teachers' union and the District.

"It's heartbreaking and devastating. It's really scary stuff. But, as teachers, we're also painfully aware our community faces the same challenges. We don't lose sight of the grief people are feeling," he said. "We see the struggle in other districts. When there's grief, when there's pain, it invites people to turn on each other. I believe our District is working so hard to sustain what we have done all along, and that's this close, tight community of love and caring for one another."

As the calendar flips to 2021, there's great hope for the year ahead. The potential for the light at the end of the tunnel with the pandemic.

A return to a more normal learning setting.

Sayles-Adams's message to District 112 and the communities for the first six months was "growing stronger together." Now, she focuses on something slightly different for the rest of the school year.

"Staying stronger together," she said.

"There isn't anything more we could ask of our District leadership."

Not an easy road

Efe Agbamu wondered if a Black woman could get hired in a school district leadership position outside of the metropolitan area. So she applied for a principal job in South Washington County Schools at Park High School.

The answer was yes.

"It took a lot of convincing to take that job. I wondered what I'd be getting myself into," said Agbamu, a current assistant to the superintendent with St. Paul Public Schools.

Agbamu was named Minnesota's Principal of the Year in her five-year run in Cottage Grove. Some "heavy lifting" was needed to transform the high school into what she envisioned. But the experience showed her a calling. One to serve something larger.

A former teacher in New York City and multiple secondary schools in St. Paul, Agbamu returned to St. Paul nearly a decade ago in a leadership position. She currently oversees 15 schools in the Highland Park, Macalester-Groveland, Summit-University, and Summit Hill neighborhoods.

Asked how many times she's applied for a superintendent position and was not chosen, Agbamu gasped.

"I seem to always make it to the finalists, the top two or three, but never more. That's my story," she said. Asked why that might be? "That's the million dollar question, isn't it? I believe it's healthier for me to believe maybe it just wasn't the right fit."

Agbamu, who admits she finds herself restless in the same position after five years or so, is one to always look for the next challenge.

"My mother always said, 'where there's life, there's hope.' Could I still see myself finishing out my last six or seven years of my career as a superintendent? I do. I hope. There are things in my head, things I want to accomplish, that I feel I could do well leading a district," Agbamu said.

Eastern Carver County Schools first-year superintendent Lisa Sayles-Adams herself was among three finalists in the Osseo-Maple Grove Area School District in 2019, but was not hired.