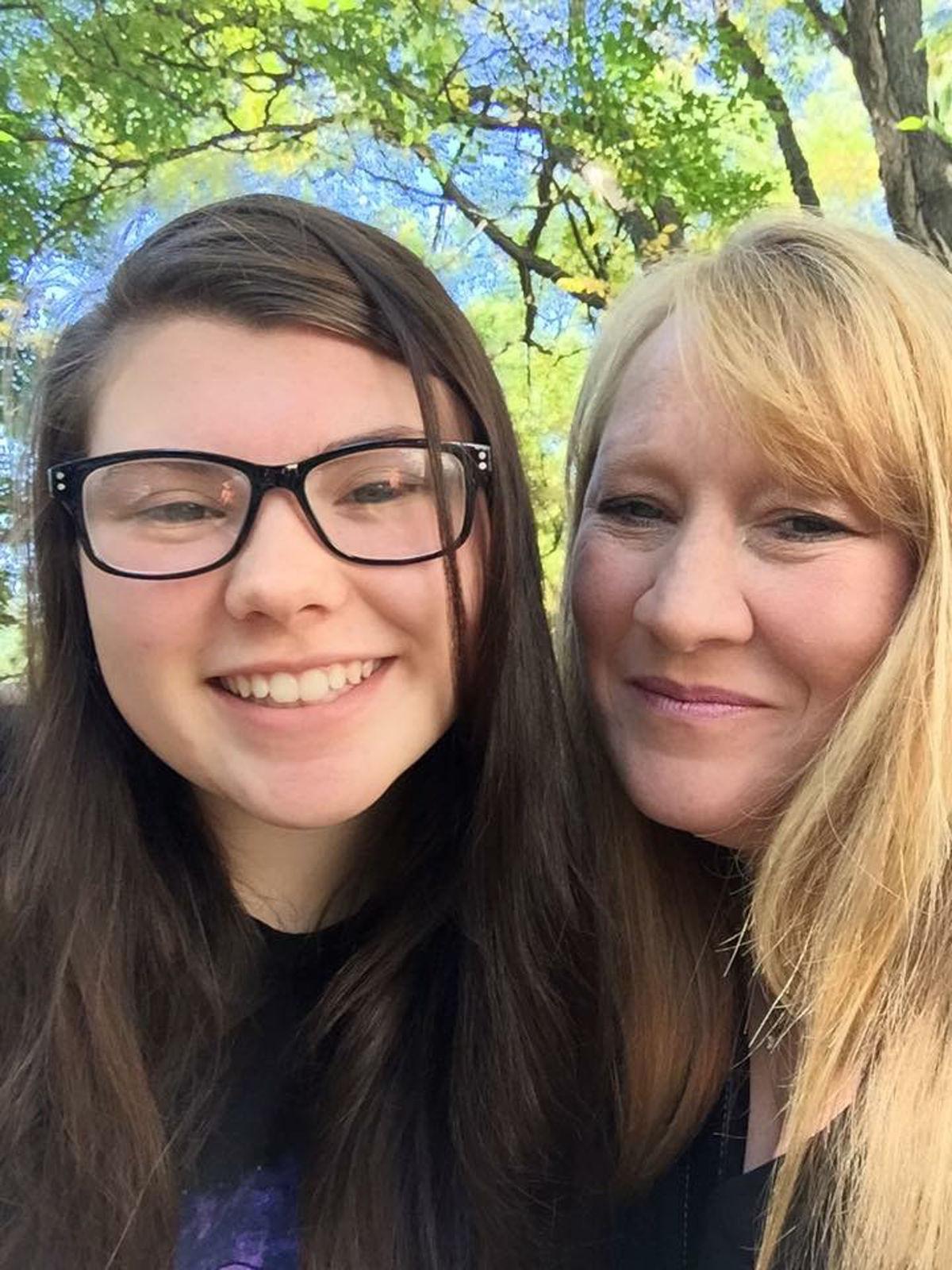 Miranda Nelson is pictured with her mother Wendy Nelson. 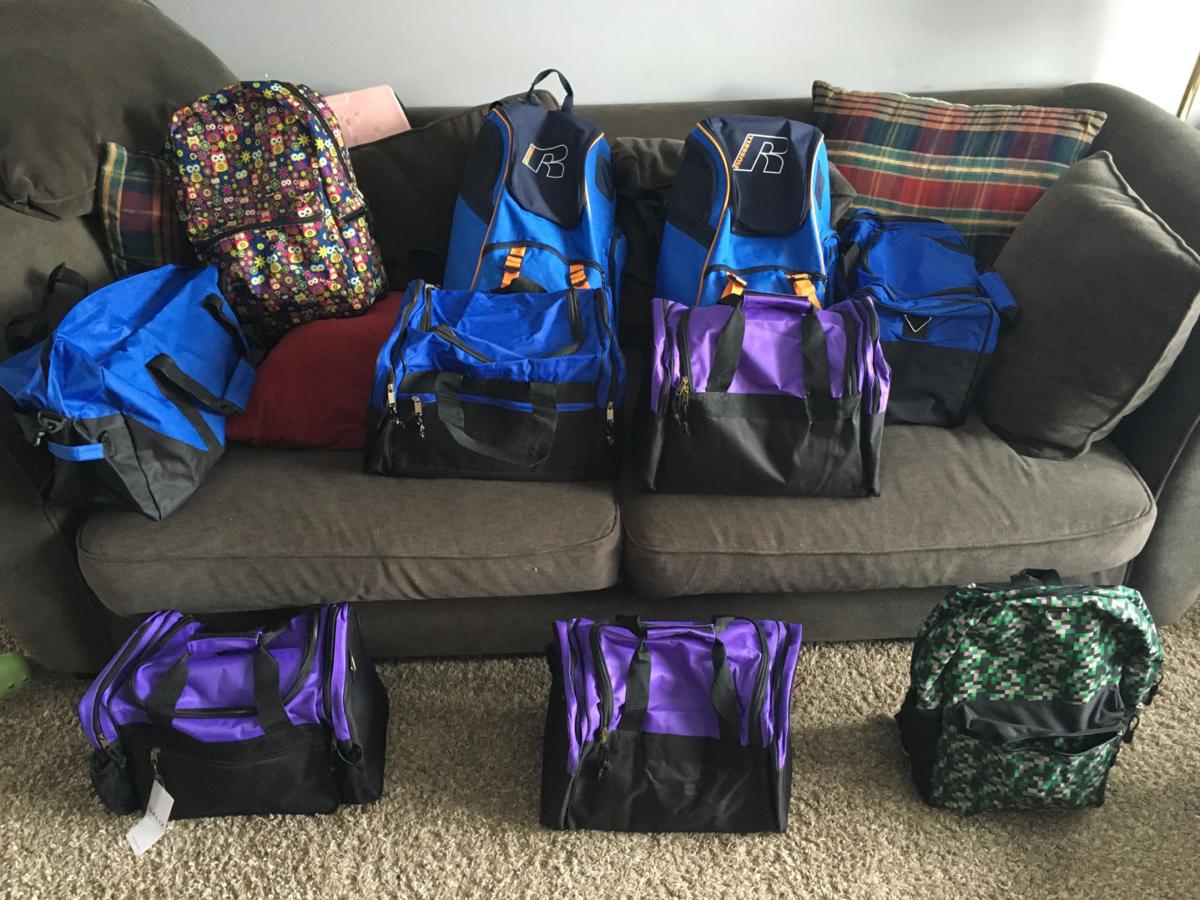 The foster care kits consist of backpacks or duffel bags filled with things such as clothes, toiletry items, small games or decks of cards.

Miranda Nelson is pictured with her mother Wendy Nelson.

The foster care kits consist of backpacks or duffel bags filled with things such as clothes, toiletry items, small games or decks of cards.

Nearly four years ago, Miranda Nelson and her younger sister Mariah were placed into foster care with nothing but the clothes they were wearing.

Miranda was 12 and Mariah was 4 years old when they came to stay with Chaska residents and their future adoptive parents, Ron and Wendy Nelson. The couple’s stable home was a stark contrast from the home life Miranda, Mariah and their two other sisters had known before.

Miranda said she felt comfortable living with the Nelsons but she was most upset that she wasn’t with all of her sisters and that was the hardest part of transitioning to foster care. Two of her younger sisters, and another sister, now 2 years old, were sent to live with another foster family and were later adopted.

“I was a mom to them and now I’m not with them,” Miranda recalled. “I was more independent and I didn’t think I needed other people to take care of me.”

Now, a Chaska High School junior, Miranda, 16, is using her own life experiences to help other kids who are now in foster care. She and her family have been collecting items to make foster care kits as part of her Capstone Project (a graduation requirement for all seniors).

Miranda said she believes a lot of kids also come into foster care with nothing like she did and having something to call their own can help ease the adjustment.

“It’s already a hard transition. You are moving in with strangers — not always with your siblings — you’re angry, you’re hurt and not understanding,” she said.

Miranda said alcohol and drugs were prevalent in her previous home and she had responsibility to raise her younger sisters. She attended several schools and they lived in a lot of homes. Eighth grade was the first year she stayed in one school for an entire year.

“Anytime I had money, it went to my sisters getting food,” Miranda recalled.

According to Carver County, when Miranda was 12 in the summer of 2012, she returned home from fishing with two of her sisters to discover they had been abandoned. Their biological mother had gone to Kansas with their youngest sister and Miranda was left alone to care for her other sisters. They lived alone for three weeks until a concerned person contacted Carver County social workers.

Wendy Nelson said Miranda and Mariah came to live with them in July 2012. She and Miranda bonded, with Wendy often serving as an intermediary in communications between Miranda and the social worker.

The girls were often insecure about Wendy or her husband leaving the house.

“At the beginning we would always get really scared when they left the house,” Miranda recalled. “When they came was a big thing for me.”

Miranda’s biological parents signed away their parental rights at the end of March 2013. Wendy and Ron adopted Miranda and Mariah in October 2014, Wendy said.

“I thought it was great. Even before I was adopted, I just knew it was going to happen but it wasn’t that big of a difference,” Miranda said. “We were always like that family.”

Miranda said she’s been able to act more like a typical teenager since being in foster care and adopted. She loves napping, is employed at one of the Caribou Coffee locations in Chaska and she discovered an interest in painting a few years ago. After high school she wants to attend college and pursue a career in art therapy.

“I actually have a chance at doing things in my life. Before I couldn’t go to school because I was home taking care of my sisters,” she said.

Miranda said the idea of the foster care kits stemmed from conversations they had as a family about ways they could give back to the community, and was a logical choice for her Capstone Project because of her own life experiences. They had already started collecting items for children in foster care before she decided to do an official project.

The kits consist of backpacks or duffel bags filled with things such as clothes, toiletry items, small games or decks of cards that are given to foster care homes so when children arrive they have something to call their own.

Wendy said they donated some of their first packs to Chaska Police Officer Kelly Boll in early February. They have also given packs directly to other foster homes in Carver County and are collecting items that will be donated to Hope House, a homeless shelter for youths ages 10 to 17 in Chanhassen, and other foster families in Carver and Scott counties.

“We’re just doing it to kind of help people out. I think it’s a really, really cool project,” Miranda said.

For more information about donating items, contact the Nelson family by email at wendysweeones92@gmail.com.

Miranda Nelson and her family are collecting items for foster care kits, which will be donated to Hope House, a homeless shelter for youth ages 10-17 in Chanhassen, and foster care homes in Carver and Scott counties.

Carver County is in need of foster care parents "despite success in reducing the number of children in out-of-home placements," according to a news release.

The Carver County Health and Human Services Division's Child and Family Department oversees child protection and foster care licensing. The department has used a child protection intervention strategy called "Signs of Safety" since 2004, which has resulted in decreased out-of-home placements of children.

“Even though we don’t have extremely high numbers of children being placed in foster care, meeting the need for licensed foster care providers is difficult, particularly finding homes for teens and sibling groups,” said Child and Family Department Manager Michelle Selinger in the release. “We’re always looking for people willing to make the commitment and go through the licensing process.”

Information on foster care licensing is available on the county’s website www.co.carver.mn.us under the Child and Family Department in the Health and Human Services Division. For more information, call the county’s social services intake number at 952-361-1500.