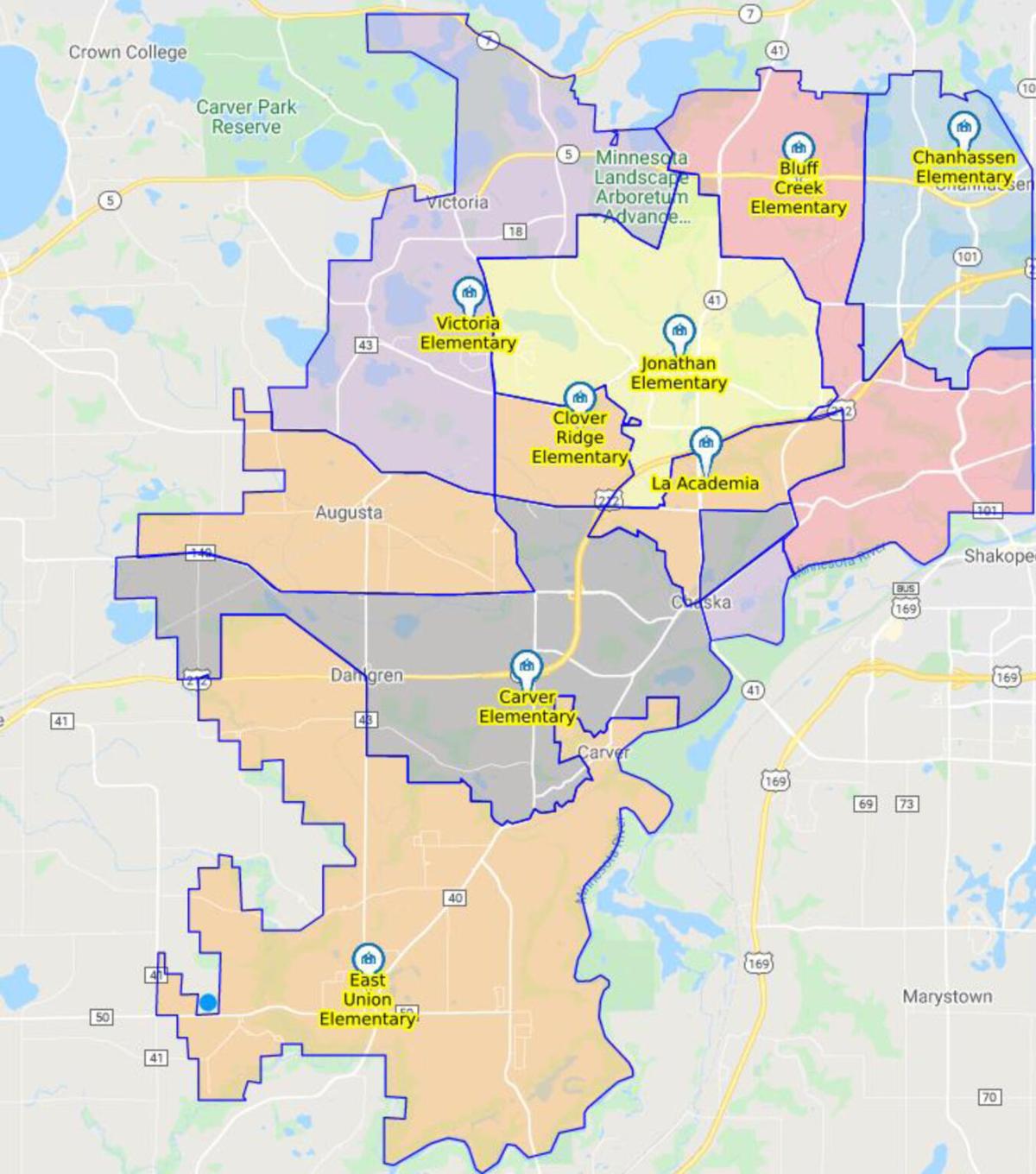 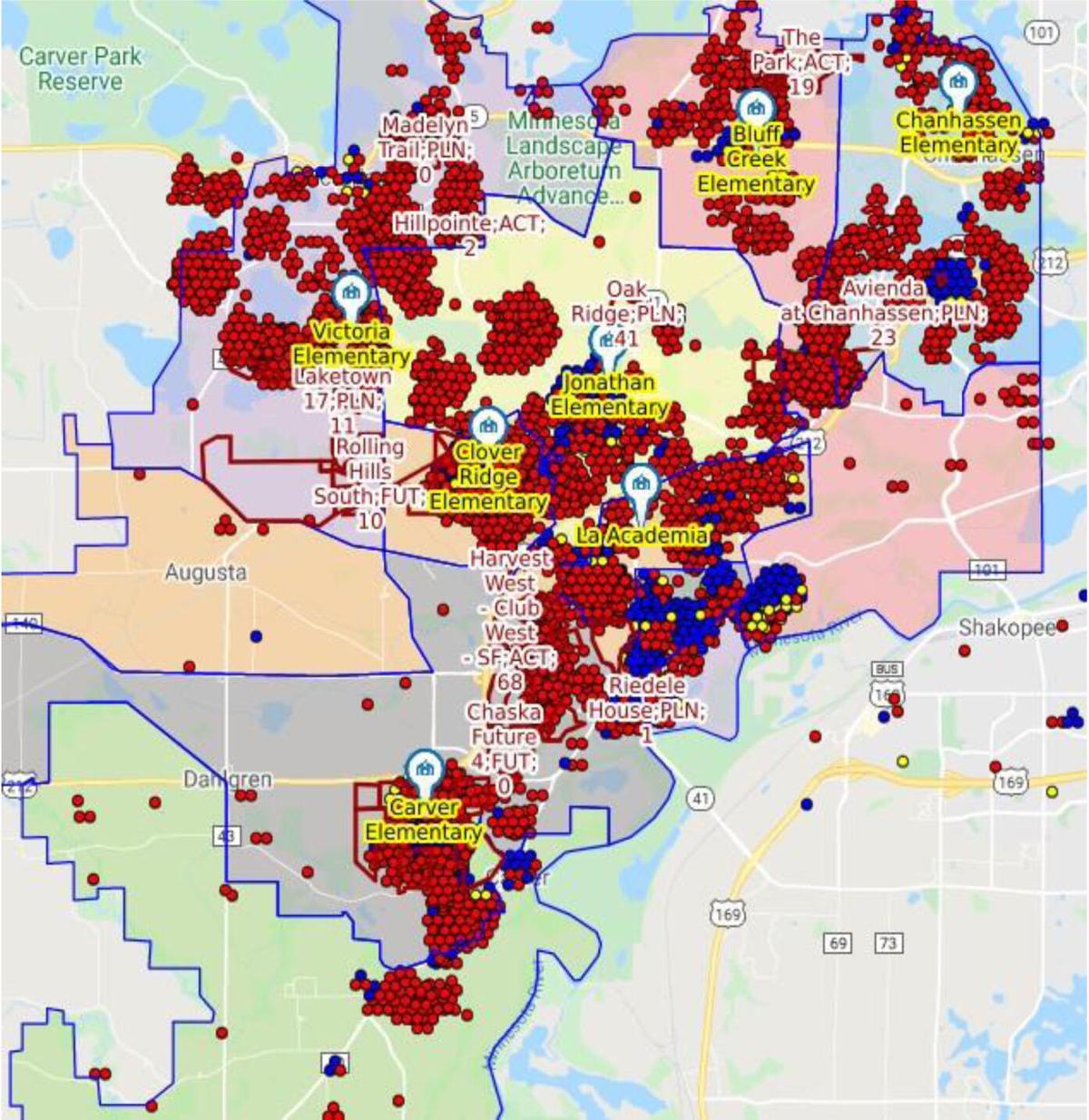 Tasked with keeping East Union Elementary School students together, minimizing impact at other elementary schools across the district, and considering future growth and enrollment projections, the boundary update recommendation for the Eastern Carver County Schools board was released Wednesday night.

The task force, made up of building principals, staff, consultants, and community members, chose the option of sending the roughly 108 students at East Union Elementary to Clover Ridge Elementary for the 2022-23 school year.

East Union Elementary will close at the end of the current school year. The board made the closure decision in May.

These shifts would allow anticipated growth areas and new homes in Carver and Victoria to remain in those community schools boundary areas, according to officials

“It’s a reminder that while these are disruptive and unpleasant for some, the reality is we’re a growing community. We’re in the second-fastest growing county in the state. We have a lot of land for development and we have really good schools and strong communities and people want to be a part of that,” said Board Director Tim Klein.

Of the three main options the task force studied over three October meetings, transportation cost increases ranged from $280,000 to $490,000. The task force’s recommendation lies at the lowest of that range.

“We have some natural aging in our community; this geographical shift from east to west, and it creates these challenges with transportation. You have some excess capacity where they’re aging out and less where there’s boon in development. No one wants to put their kiddo on a bus for 50 minutes,” Klein said.

Impacted teachers and staff have already been notified, said Ron Meyer, director of finance and operations for District 112, while communication was sent out beginning Thursday, Nov. 11, to families in the district. Community engagement sessions were set for Nov. 15 at Clover Ridge Elementary and virtually Nov. 18, with a meeting with East Union families being prepared for early December.

Upon feedback from stakeholders, the board will vote on Dec. 6 to finalize the boundary change plan.

This adjustment, of sorts, is only the tip of the iceberg, the task force discovered. Looking down the road five years, with continued expected growth, elementary buildings in Carver, Victoria and Clover Ridge will be over capacity, with Jonathan getting close.

District 112 purchased land near the Big Woods development in the southwest portion of the district for a future elementary building site.

“We based our work on those planned and active growth areas. We still have those future growth areas that could potentially come online, which we need to continue to watch. Ultimately, it puts us well over-capacity for our elementary level. This option, of the four we really looked at, most closely aligned with the guiding principles of moving East Union as a cohort as well as minimizing the impact on other students knowing down the road we’re going to have to have a more extensive boundary process,” Meyer said.