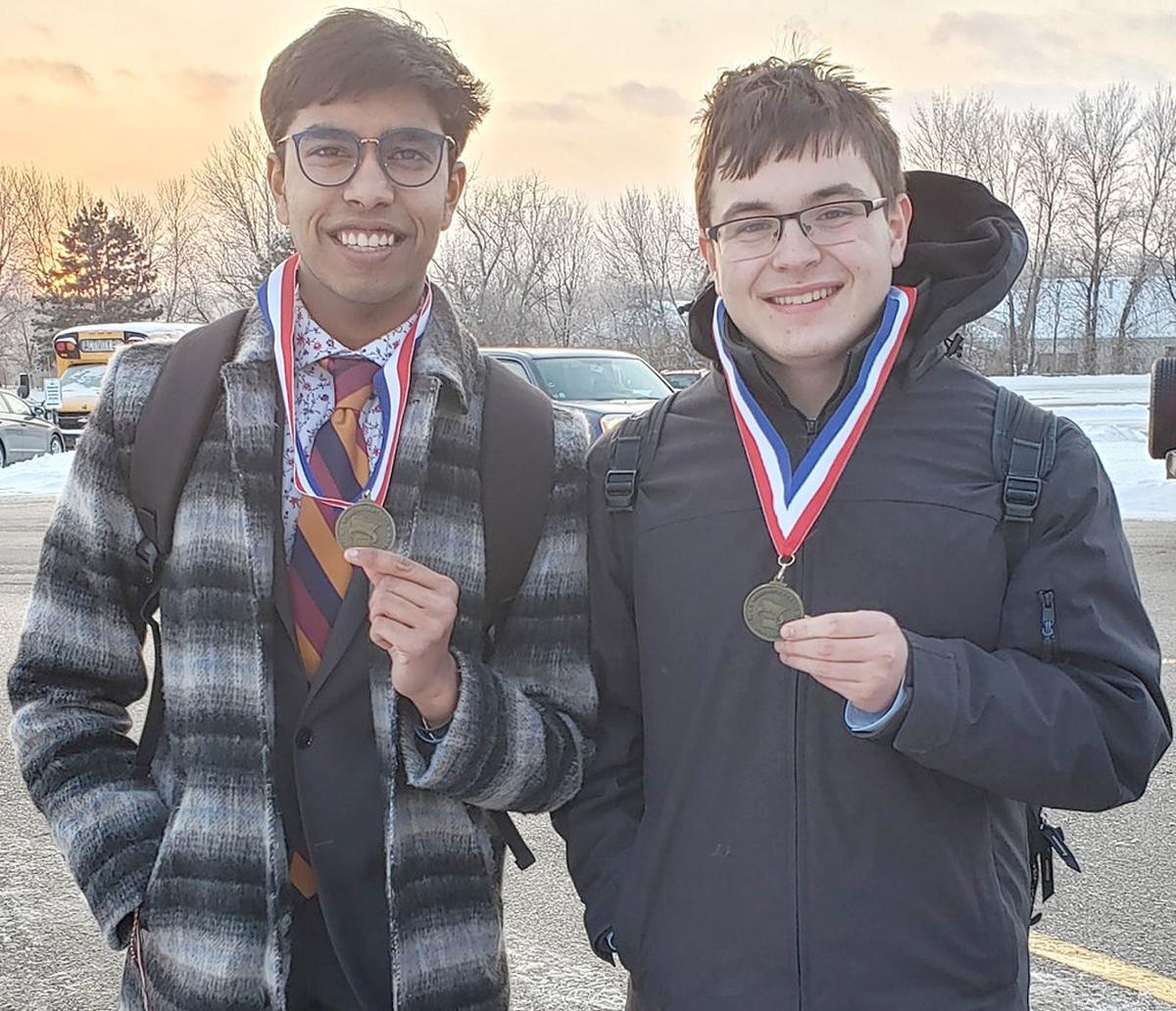 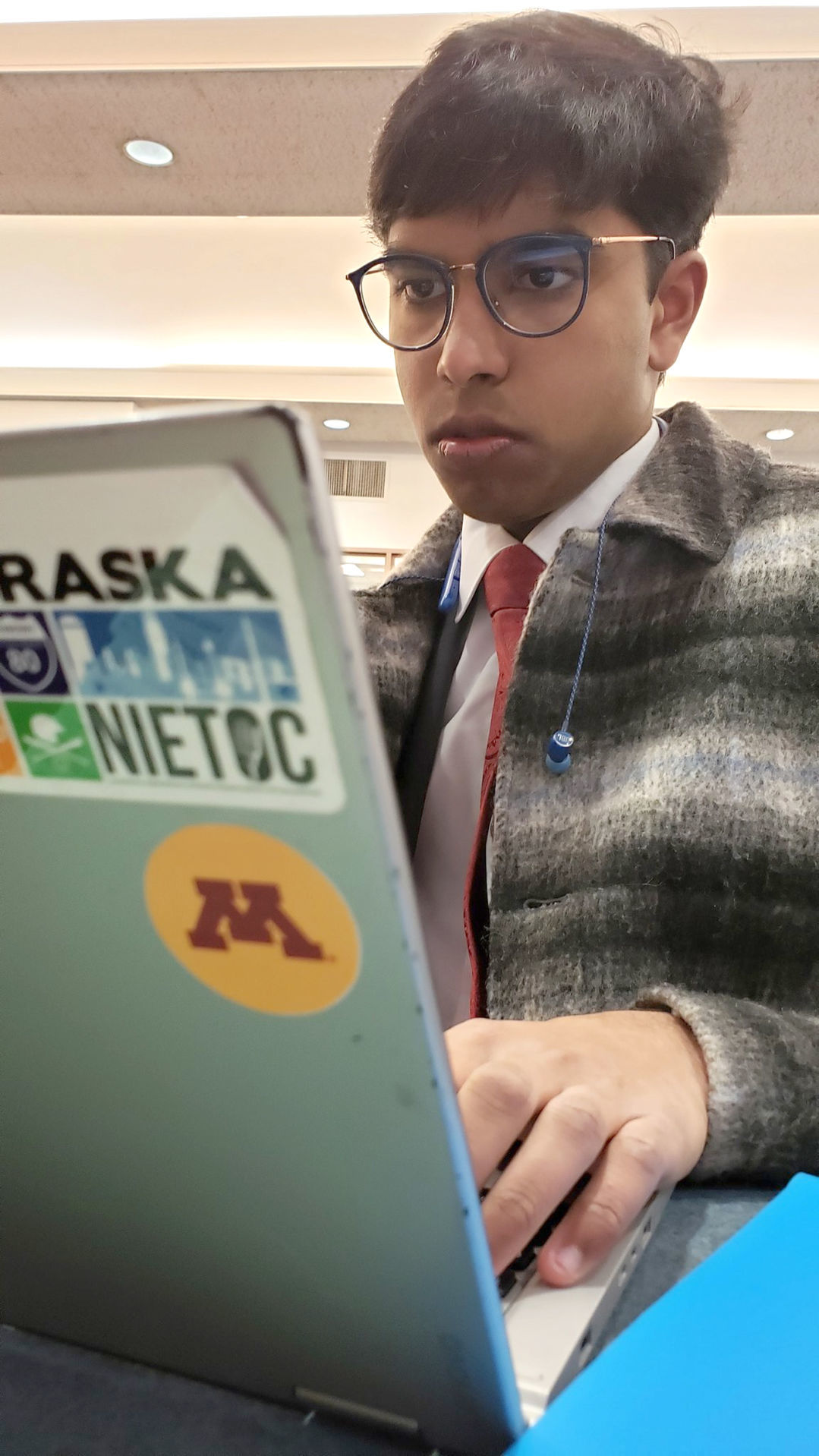 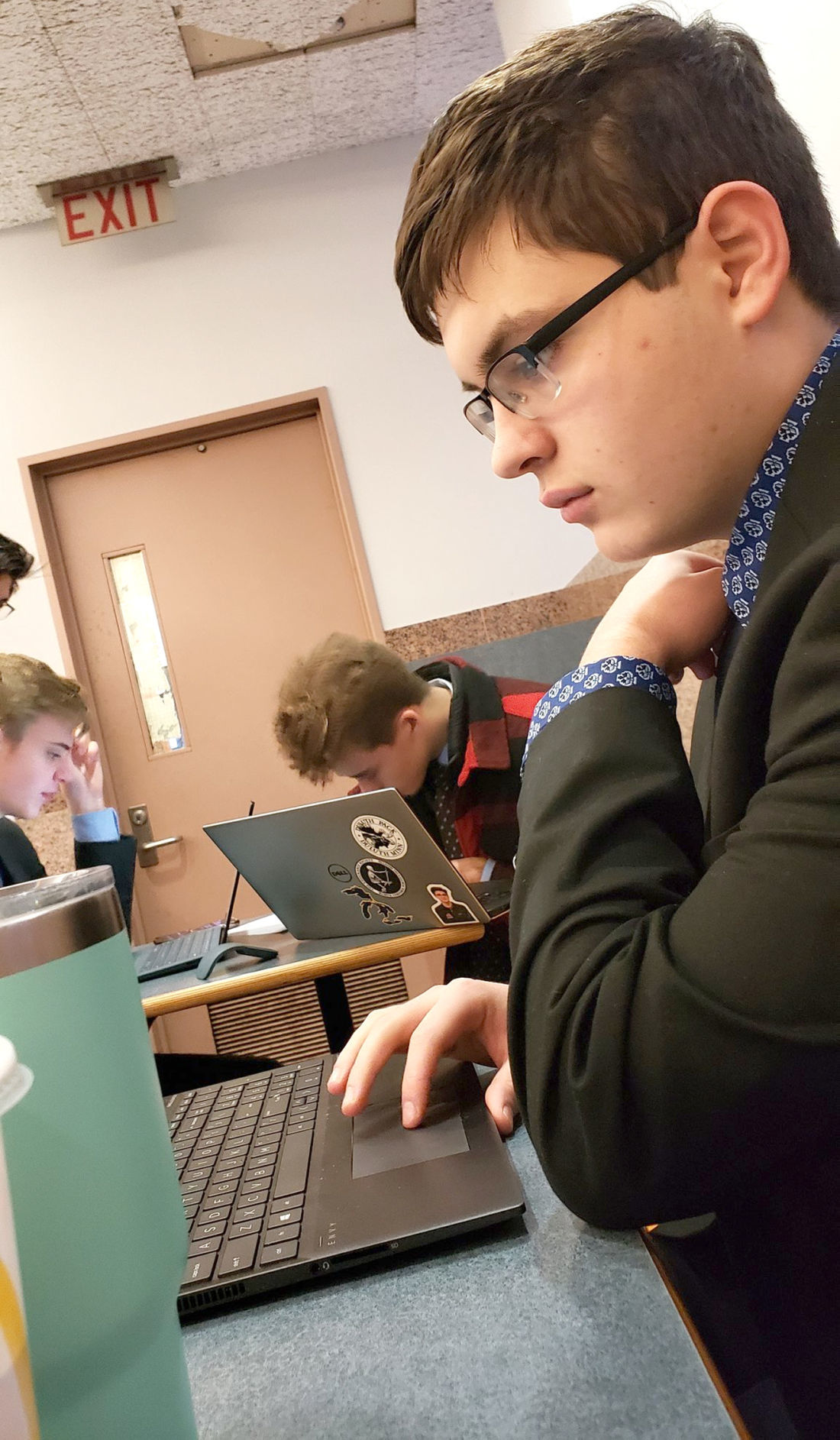 Ekaanth Veerakumar and Kian O’Connor were sure debate season was over. That was until news came their way. They were headed to nationals. Well, sort of.

The Chaska High School juniors, among the top eight public forum debate teams in the state of Minnesota, were fourth at a nationals qualifier in January. One spot from automatic qualification. When one team dropped out, O’Connor and Veerakumar were in.

“This year we started with the end goal in mind. Our goal was to make it to nationals. We worked hard all year, and when we got the call that a team had dropped out and we were in it was just wow! There were definitely a few tears of joy shed,” said Mariah Mayo, Chaska head debate coach.

“Yeah, this will be new for us. I’m sure it will feel different,” O’Connor said. “For me, one of the big things, at a tournament, is there is this different vibe that really gets you into the moment.”

“After national qualifiers we had a few more national tournaments, including one at Harvard, but going to nationals was out of our minds. I had switched gears, focusing on the speech season. It was a little ray of sunshine in all of this gloom. We were thrilled we could debate again,” Veerakumar said.

Nationals are set for June 13-20. O’Connor said the final topic comes out on May 1. The general idea will surround the topic education.

“Once we get the final topic, it’s grind time. We’ll start with the brainstorming phase. Look at the generic ideas, look at some weird ways we can go about debating the topic. We only have four minutes to present our case so we can’t talk about everything. We can only use the cream of the crop,” Veerakumar said. “It’s great to have the extra time (with distance learning from home), but the problem is everyone else has extra time on their hand, too.”

O’Connor moved to Minnesota in fourth grade. His introduction to Veerakumar and debate came one year later at Clover Ridge Elementary. Paired together for a school extracurricular activity, the duo were taught the basics of debate. They ended up winning the school competition, matching up against other district teams at the Carver County Government Center.

Veerakumar and O’Connor saw posters for the debate team as eighth-graders at Chaska Middle School West. As freshmen, they were part of the 12-member team in just the second year of existence after a split from a combined team with Chanhassen High School.

“That was the taste I needed,” said Veerakumar, of the fifth-grade experience. “I only started debate as a fun activity. I didn’t see it as being this super competitive thing for me. After a couple of tournaments, that changed. I felt that rush to get better. I felt that rush to win.”

“It’s been a lot of fun. When we joined, it wasn’t exactly the most popular, well-known activity in school. After our freshman year, we started talking to our English teachers about getting more kids to join. We gave like 10-minute presentations, just the basics, to classes. If they were interested, we hoped they would come to the actual meetings,” O’Connor said.

The team remained small as sophomores, with five members, but the numbers grew to 16 this school year. O’Connor said most are underclassmen. They remain the only returning members from the 2017-18 school year.

“The guys poured themselves into each debate and they put in hours of work on each topic. They were always willing to offer a helpful hand to their fellow teammates! This is what made them special, and what made them great!” said Mayo, an assistant coach for two seasons before taking over for Andrea Lovell this school year.

“That’s where we talk over the big things. Us captains, we spend most of the practice talking to the novices. Giving them tips and such. We end up doing a lot of researching, our speeches out of school,” said O’Connor, who is also a member of Chaska’s speech team as well as marching, jazz and pep bands.

“We have this totally different dynamic that sets us apart from teams across the state, really across the country. Our team is so small. We really only have one coach, so we really need to understand the topics we’re talking about,” Veerakumar said. Usually a coach would help with the prep work, share the burden. I think our team size has helped us teach the underclassmen the expectations, what needs to be done to win. At first, it’s doing all the work without the thrill of the win and that’s tough. But I think this year’s been good. I think our numbers will grow next year.”

That’s obviously the dream. Keep getting more people onto the team. It’s all about momentum. Like a rollercoaster, once you get rolling, the trend continues. I’m really excited to see the underclassmen rise up, take leadership roles next year,” Veerakumar added.

Veerakumar and O’Connor, based on a season point totals and state tournament finish, were named all-state in January in Public Forum, a style that fits them well.

“I think one of our strengths is we can be brutally honest with each other. If a team is not as close, they have a hard time communicating what needs to be said. We’re friends so I think we understand that if one of us says, ‘You messed up, don’t do that again,’ no feelings are hurt,” O’Connor said.

“Our freshmen year, we were OK. We were going up against schools with a lot more experience. Our team was so young. I feel like by sophomore year we really got a feel of what we needed to do. Winning that state tournament was really fun, one of my favorite debate memories,” O’Connor said.

Veerakumar said his favorite topic of the season was researching whether the U.S. should lift sanctions from Venezuela. “I’m big into foreign policy, international relations, so that was a lot of fun to me,” he said.

“It has truly been an honor to coach these guys for the past three years! I couldn’t have asked for a better first season (as head coach),” Mayo said.