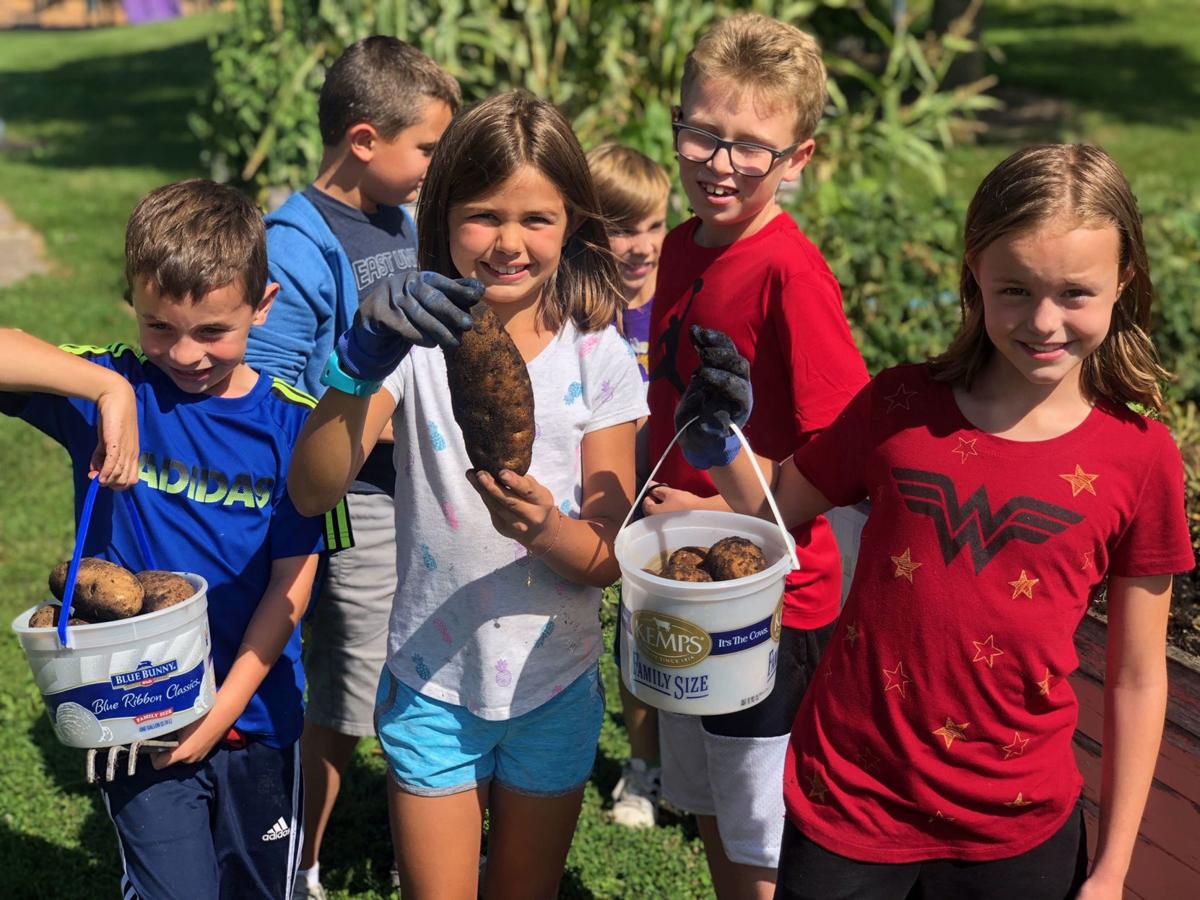 During their fall harvest, students at East Union Elementary collected the potatoes they grew in the back of the school near the playground. 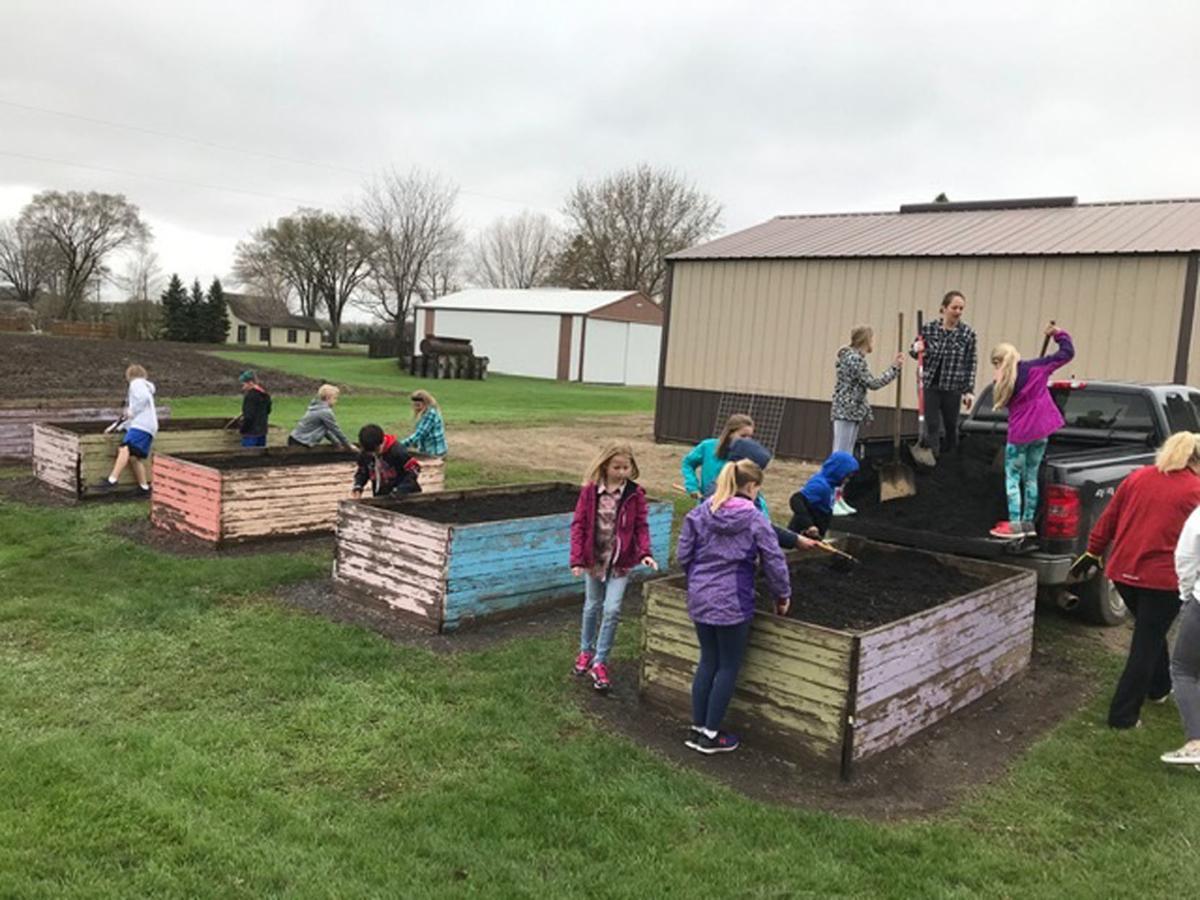 Last May, students at East Union Elementary prepared garden boxes with soil. Rachel Hunnicut, who heads the school’s gardens, said the boxes are in need of replacement.

During their fall harvest, students at East Union Elementary collected the potatoes they grew in the back of the school near the playground.

Last May, students at East Union Elementary prepared garden boxes with soil. Rachel Hunnicut, who heads the school’s gardens, said the boxes are in need of replacement.

Come spring, area schools could be looking at much more greenery on their grounds.

A $60,000 grant given to the Eastern Carver County School District will let schools request garden funding over the next five years. It’s the first year grants for this purpose are being offered.

“It also provides another way for students and the community to be involved in what fuels and sustains us,” LaDue said.

The grant was submitted a year ago by an anonymous donor who lives in the district, LaDue said.

As last school year came to a close, district leadership said there was word about a possible district grant for gardens. It was officially adopted and organized this fall, and now staff at any school in the district can request funds for their garden projects year round.

It’s a first-come, first-serve framework that reaches beyond teachers in the classroom. School nurse Rachelle Hunnicutt, who has been at East Union Elementary for a year, is part of the “wellness committee” at her school. It’s comprised of the principal, P.E. teacher, a special education para and a teacher.

“The nurse out here wears a lot of different hats,” she said, describing herself as the garden committee chair for the school.

With the help of parents and school staff, Hunnicutt and the team submitted a grant request this fall to patch up and expand existing garden beds. The current garden is rotting and needs a rehaul of fresh soil.

“They’re in really bad shape, so we need new beds,” she said.

When spring hits, the plot next to the playground should start bustling with fresh produce. Last growing season, Hunnicutt said students grew fresh lettuce for cafeteria lunch, planted popcorn and decorated mini pumpkins from the garden.

“They love it — anything that’s not traditional school work,” Hunnicutt said of the students.

Four and a half years ago, Community Outreach Coordinator Leslie Wyman started the district’s first garden at the education center.

True to her invented slogan “112 Grows,” she said the garden ties into much of what the students are creating and learning.

Wyman said during growing season at Integrated Arts Academy (IAA), students use the existing garden for purposes across the school. Herbs are used for the culinary program, plants become a part of the floral and textile classes, and food is grown to feed students at lunch.

These “live learning sessions,” as Wyman calls them, are all part of the school’s curriculum.

“That’s really the premise of IAA, is project-based learning,” she said.

The grant is expected to give both that garden and others in the district a boost. The garden at the district education center that Wyman heads will hopefully see new plant beds in the spring. But the grant doesn't just touch the schools, students and staff.

“[The] center has lots of people that used to be master gardeners,” Wyman said. “We’re working on ways to see if we can get them over here in the summer to do some things.”

Those at the helm said with proper planning and fund distribution, each participating school could have a vibrant garden in the long-run.

New next year to East Union will be a compost bin and shorter garden beds to make it easier for younger students to participate, said Hunnicutt, who has been at the forefront of much of their planting lessons.

In the past, she's relied on the Parent Teacher Organization or volunteers to run the program and donate supplies.

“In the spring I did it myself, and a para,” Hunnicutt said. “We made sure every kid was involved.”

By February or March, she said East Union Elementary’s garden will be en route to flourishing, but wants to see gardens popping up in the other half of the district schools.

“It’s a great opportunity for kids in the district and I’m glad somebody was generous and donated this for the betterment of all the kids,” Hunnicutt said. “Hopefully it can be something that goes for many years.”