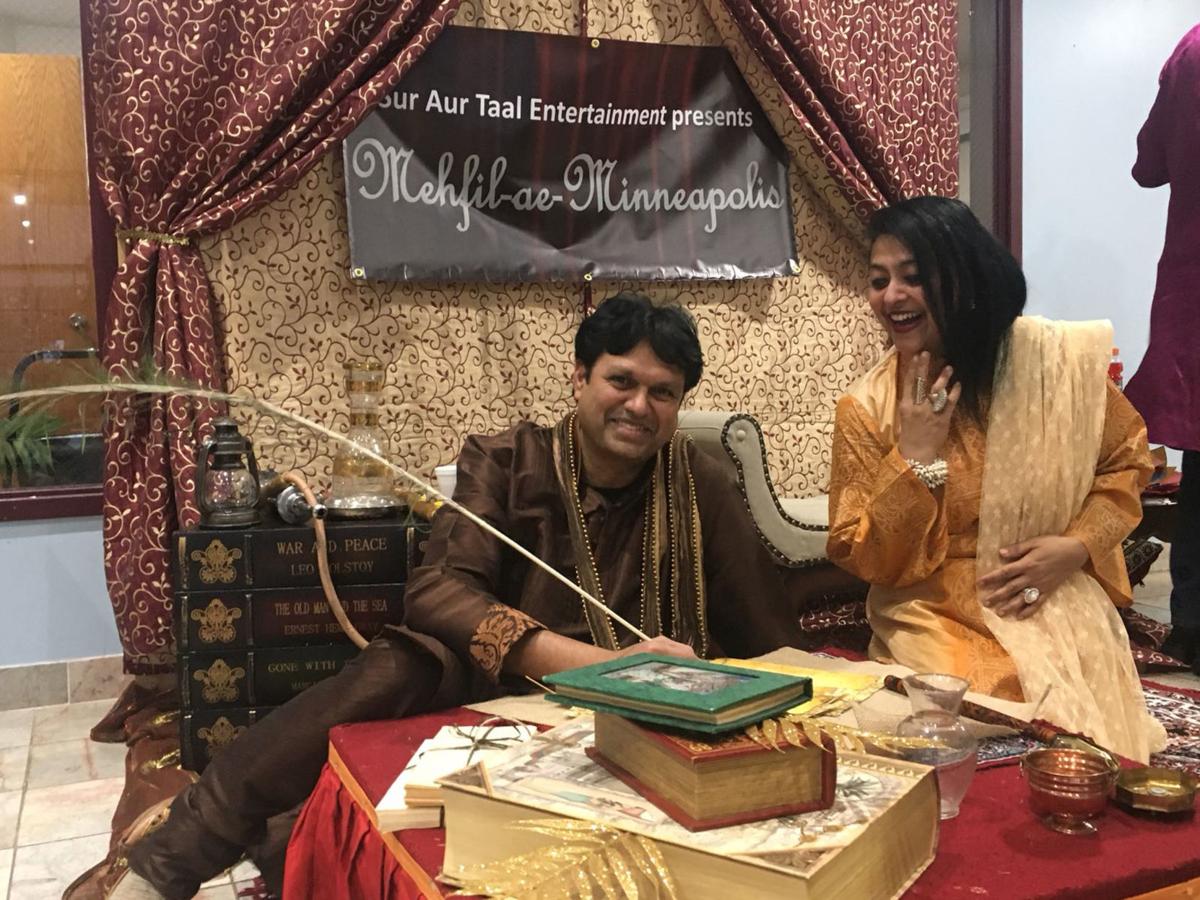 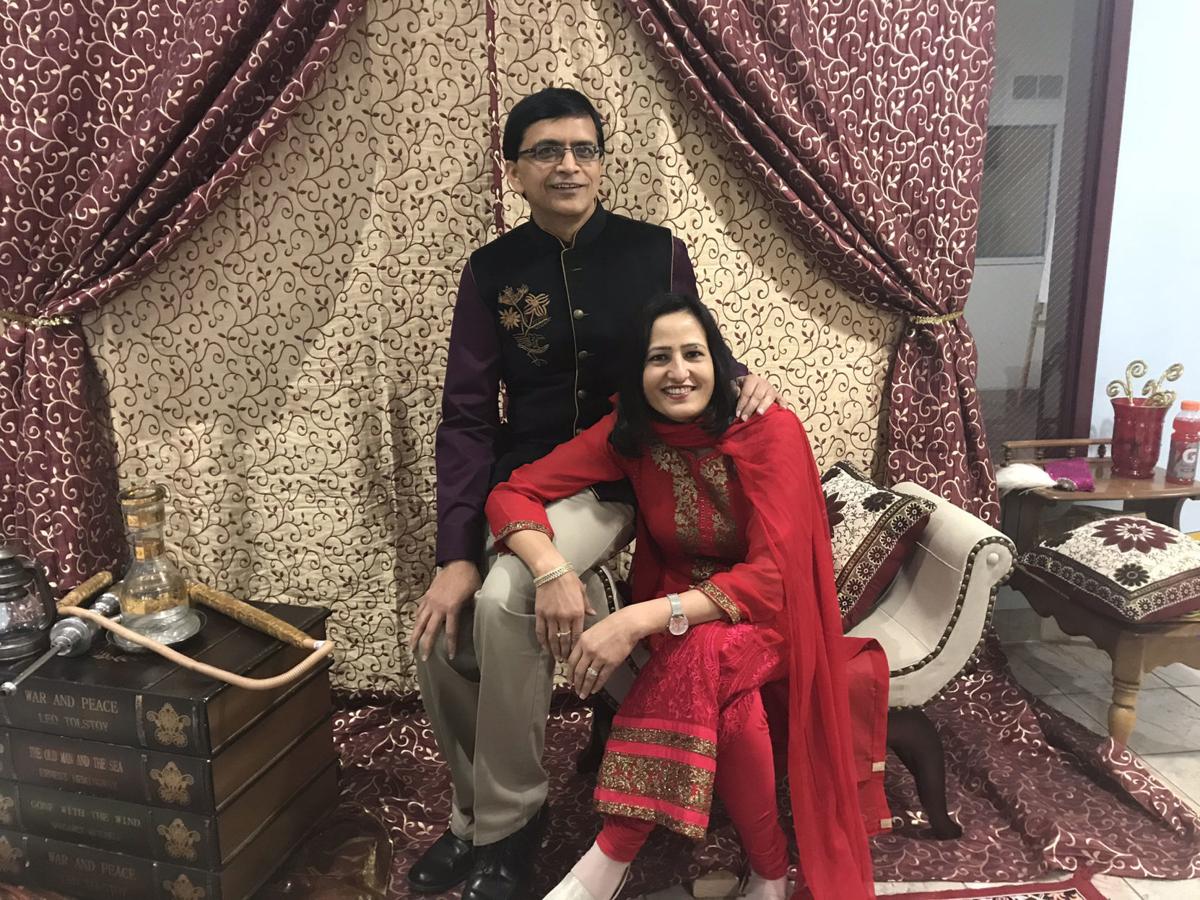 Poets Rajeev Jain and Kavita Jain stop for a photo during a previous Mehfil-ae-Minneapolis event.

Poets Rajeev Jain and Kavita Jain stop for a photo during a previous Mehfil-ae-Minneapolis event.

Once a single nation, the two divided into separate countries. Three wars and countless other conflicts later, the countries are still at odds with one another.

“What the rulers do there is they encourage hatred,” said Sharma, an event manager from Shakopee.

This weekend in Chaska, Sharma is hoping a very different message is sent to attendees.

“We are trying to establish that solidarity thing, that humanity is greater than anyone else,” he said.

On Saturday, Feb. 22, Sur Ar Taal Entertainment is hosting Mehfil-ae-Minneapolis. It’s set to be an evening of poetry, literature and music traditional to the Indian subcontinent.

Art will mostly be written and performed in Hindi and Urdu languages. It’s an event also called kavi sammelans and mushairas, which Sharma said is common in India, Pakistan, Nepal, Dubai, Kuwait and Bangladesh.

“We are coming together and we are celebrating with the common thread and the common love that is poetry,” Sharma said.

He’s been organizing events like this for several years, but it’s the first time something like this is coming to the Chaska Community Center, he said.

Also at the event will be authors, speakers and performers — 44 poets auditioned, and 19 got the part.

Dr. Pooja Goswami Pavan is a Minneapolis-based musician and scholar of North Indian classical music. She’ll be at the poetry night, reciting others’ poems over her music.

“I felt quite honored actually. I was not expecting this,” she said, reacting to her title as guest of honor.

She understands the importance of cultural events like this, and hopes attendees do, too.

“I hope that when they get back they talk about the beautiful evening and spread love and peace,” Pavan said.

Cyril Mukalel, another event participant, already has this message under his belt.

A published author, Mukalel writes poetry about intercultural understanding. He’ll be awarded for his writing efforts at the event, he said.

“My goal is to connect or link the east to the west,” he said.

But connection, he said, requires reach.

“I think this is a great start. I hope they'll expand more to more languages to promote the cultural aspects from that part of India,” Mukalel said. “This will encourage people and give them more exposure.”

Sharma said organizers are planning for just that.

“We call all the poets from Minnesota who do a very good job in terms of writing Indian, Urdu, and diverse-language poetry. We are open to newer languages this time, so we’re including one or two more from the Indian subcontinent,” he said.

Sharma said everyone's invited, but those who understand Hindi and Urdu will likely get more enjoyment out of the night. There are 200-plus expected to attend.

The event includes tea and snacks, a photo booth with traditional clothing, and an opportunity to meet the performers. Guests include local poets, writers, teachers and human rights activists.

All in all, participants and organizers say they hope people walk away with a feeling of unity and hope, no matter which country they came from.

“Immigrants come and contribute and make this great, great people who immigrated and great leaders came from them,” Mukalel said.

“We cannot be isolated and on our own. We need to contribute and be a part of the whole community.”

“I hope that when they get back they talk about the beautiful evening and spread love and peace."