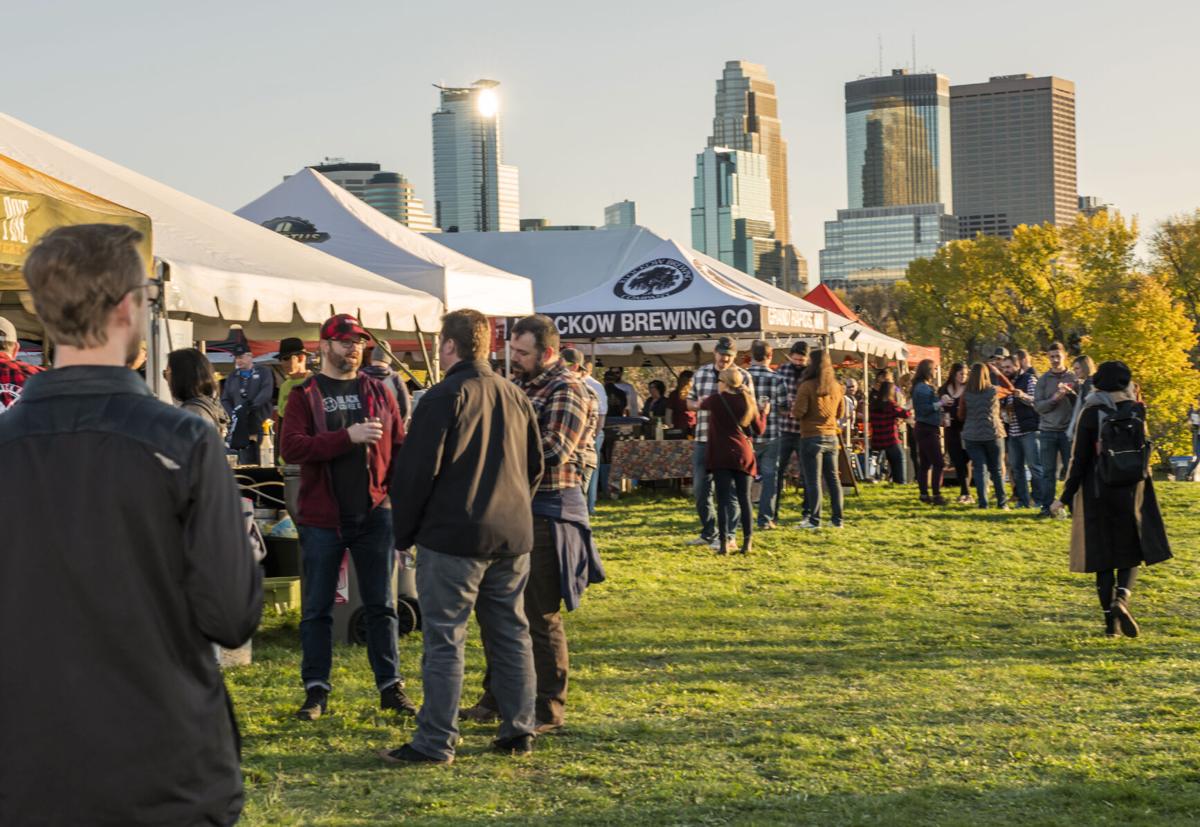 Autumn Brew Review, with a setting at Boom Island Park along the Mississippi River, just north of downtown Minneapolis, celebrates its 20th anniversary on Saturday, Oct. 16. 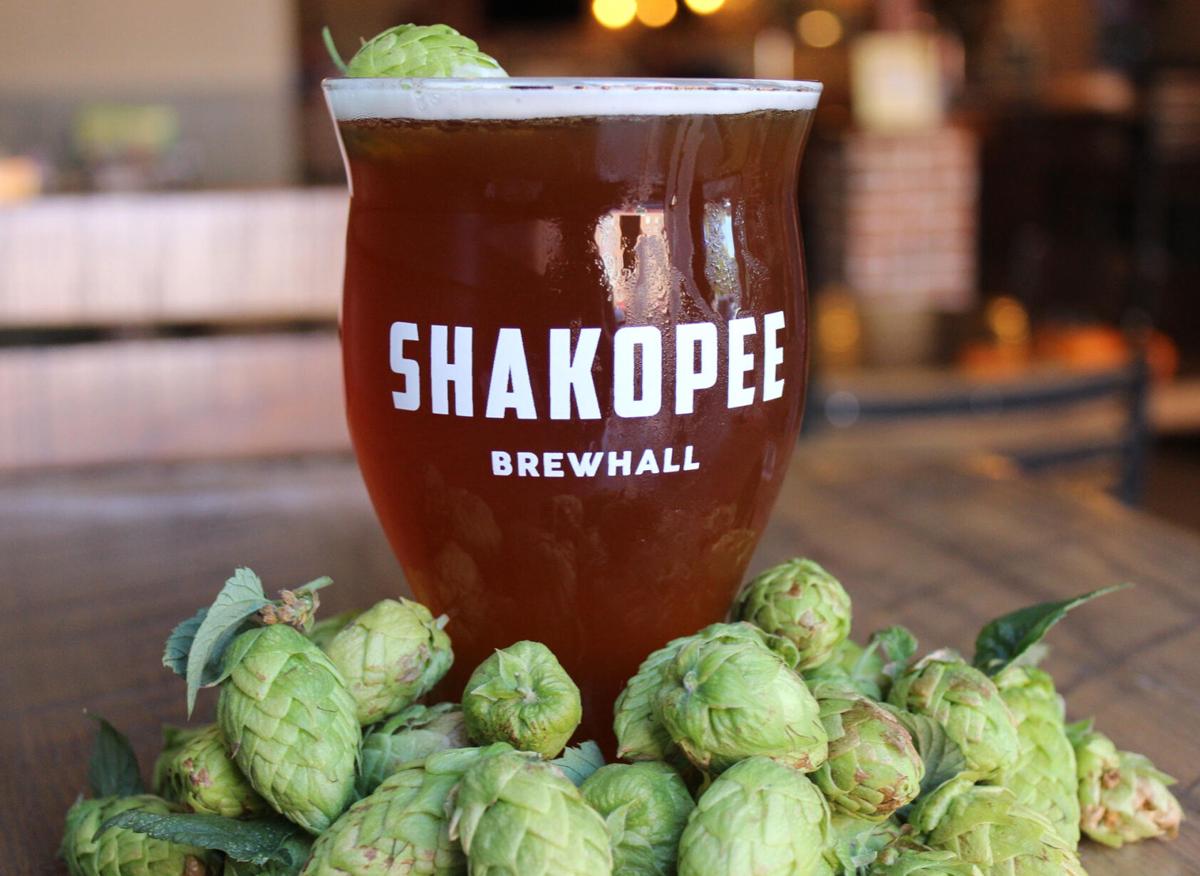 Local breweries such as Shakopee Brewhall cater to all kinds of beer lovers, from hop heads to easy drinkers. Showing off that diverse line-up is something most breweries will showcase at tasting festivals. 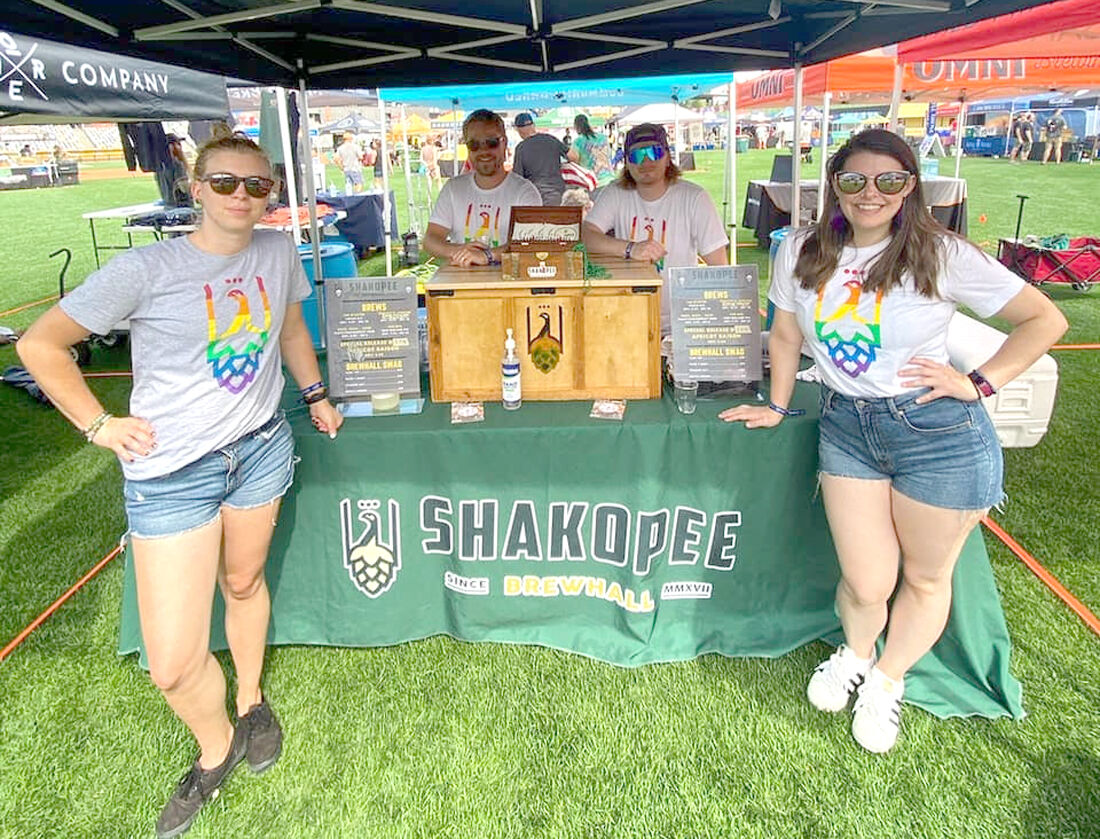 2021 marked a return of beer festivals in Minnesota, including The Beer Dabbler at CHS Field in downtown St. Paul where Shakopee Brewhall was one of more than 100 breweries in attendance outdoors on a baseball field.

Autumn Brew Review, with a setting at Boom Island Park along the Mississippi River, just north of downtown Minneapolis, celebrates its 20th anniversary on Saturday, Oct. 16.

Local breweries such as Shakopee Brewhall cater to all kinds of beer lovers, from hop heads to easy drinkers. Showing off that diverse line-up is something most breweries will showcase at tasting festivals.

2021 marked a return of beer festivals in Minnesota, including The Beer Dabbler at CHS Field in downtown St. Paul where Shakopee Brewhall was one of more than 100 breweries in attendance outdoors on a baseball field.

The lights went dark inside Shakopee Brewhall in March 2020. It was the start of a mandatory statewide shutdown of non-essential businesses.

A short drive to the south at Boathouse Brothers Brewing Company in Prior Lake, the numbers were pointing toward a great spring, warmer weather arriving earlier than most years. A smaller brewery, with a limited market footprint, the announcement made things less than smooth sailing.

“The big positive we found throughout the ongoing pandemic was the overwhelming support from our local community. We met a lot of new faces, in those first few months, that wanted to see local small businesses thrive and that gave us a chance to show a lot of new customers what we have to offer,” Emmett Swartout, head brewer and owner of Boathouse Brothers, said.

“It cannot be overstated enough, but the Brewhall team had great quick-thinking, immediately launching our ‘beer-to-go’ through our website and two small batch beer weekly release (off-sale only) experiences. Most importantly, customers were incredibly supportive throughout the duration of the various shutdowns,” Shakopee Brewhall’s Ryan Lindquist said.

To-go beer, mainly in 25-ounce crowler cans, became the best option to keep small breweries a float. But even that was met with complication, a supply shortage of crowler cans and even 64-ounce growlers made the shutdown even more challenging.

Breweries, when re-opened in the summer of 2020, also became creative within their space. Many moved seating outdoors, and hearty Minnesotans braved the cold as a spike in cases in November 2020 brought a second indoor shutdown.

Fortunately, because of the outpouring of support, and for those lucky enough to have product in the market, the strongest year of local craft beer sales yet, most breweries came out on the other end of the business shutdown still standing.

Wayzata Brew Works and brew pub The Herkimer in Uptown Minneapolis were among the few to close their doors.

“Am I surprised? Yes, in a sense of what businesses endured with COVID. The thing with breweries is that the people who work and run them, there is a lot of blood, sweat and tears put forth. These are entrepreneurs who have invested both a lot of time and money and I think there is this sense of wanting to do whatever to succeed,” Lindquist said.

“With cooperation from the city and a few of our neighboring businesses, we’ve even been able to turn Main Avenue into a makeshift patio on a few occasions when outside service was our only option. And like true Minnesotans, our community bundled up and showed up to have a good time in the snow, while helping us keep the lights on,” Swartout said. “We know we’re not out of this whole thing yet, but we’ve got our hands on the lines and if the wind changes again we’ll just keep adjusting our sails to stay on course.”

RETURN OF THE FESTIVALS

Lost in 2020 were beer festivals. A chance for breweries to put their beer out there for tastings, to meet new customers and showcase brand awareness.

Festivals have returned in 2021. The Beer Dabbler held their annual events in the spring (PRIDE) in Loring Park and in the summer at CHS Field. All Pints North in Duluth made a triumphant return in late July as well in Bayfront Park.

“We love fall in Minnesota, and what better way is there to celebrate than with the best beers from the best breweries! Our members are excited to participate in one of the country’s oldest beer festivals, and we’re excited to put on a classic fall festival complete with everything that gets you excited about autumn,” Lauren Bennett McGinty, executive director of the Minnesota Craft Beer Guild, said about the Autumn Beer Review.

Boathouse Brothers and Shakopee Brewhall, along with other local breweries, Chanhassen Brewing Company, Giesenbrau Bier Company of New Prague and Waconia Brewing Company, plan to participate in the ABR.

“Festivals like ABR, the Summer Dabbler and All Pints are wonderful for small breweries like us. To us, the bigger festivals are not so much an advertising opportunity as they are a chance to show community support, ‘The Beer Community,’ that is. The MNThusiasts are a great group of local beer lovers that we enjoy seeing at every event, but there’s also a lot of great friendships between the owners, brewers and staff of all the other craft breweries out there,” Swartout said.

“From our lens, festivals — big or small — are a great experience for breweries,” Lindquist said. “Benefits of festivals can be viewed from multiple angles. First, the opportunity to meet and introduce Shakopee Brewhall to craft consumers from a widespread region (outside of the southwest metro, as an example) is huge ... Secondly, it’s a great venue for continuing relationships with our brewery neighbors; being able to get around and see friends can lead to collaborations, sharing of ideas, etc.”

Caitlin Dryna, who started out as a beertender at Shakopee Brewhall, and now coordinates the brewery’s events and festival schedule, had a positive experience at the Summer Dabbler with the team.

“It was super fun. Overall just the people I talked to, they were happy to come to an event that was outdoors, safe for people to mingle about. People like to be around people. It was really neat to have that, share our beer with other people,” Dryna said.

“We’ve had customers that have been with us since day one and they were even surprised we’d been open four years. I think COVID maybe ruined our sense of time. It shrunk it,” Dryna said.

Events, at the brewery or around the area, are an opportunity to share a story, about a beer, about the beginnings of the business, about the growth, and about the future.

“Anytime we can put our beer in front of someone who wouldn’t normally have easy access to it, I’ll consider that a win for a small brewery like us,” Swartout said.

The Autumn Brew Review is from 1:30 to 5 p.m. Saturday, Oct. 16 at Boom Island Park in northeast Minneapolis.

Along with a variety of beers from across Minnesota, attendees will also be able to enjoy locally brewed ciders, seltzers and non-alcoholic options. The event will also feature s’mores and hot chocolate, bonfires, local food trucks and shopping, live music and special activities led by breweries.