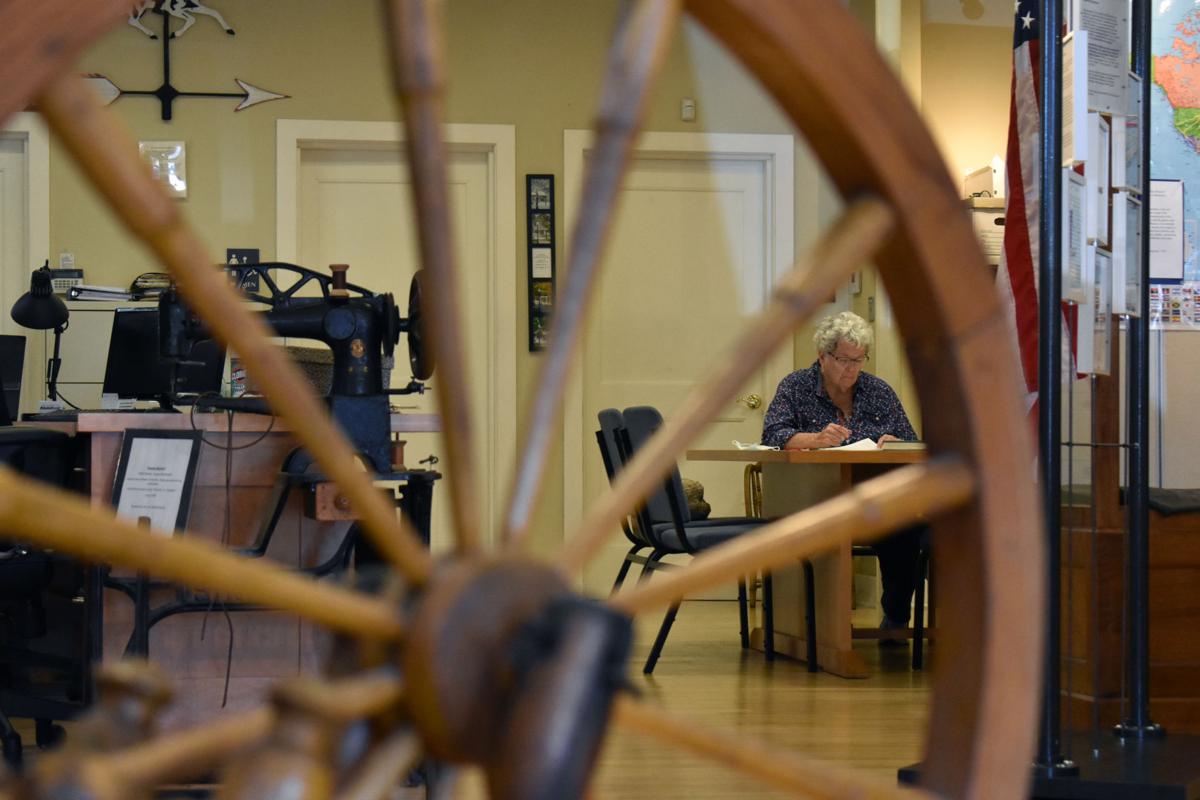 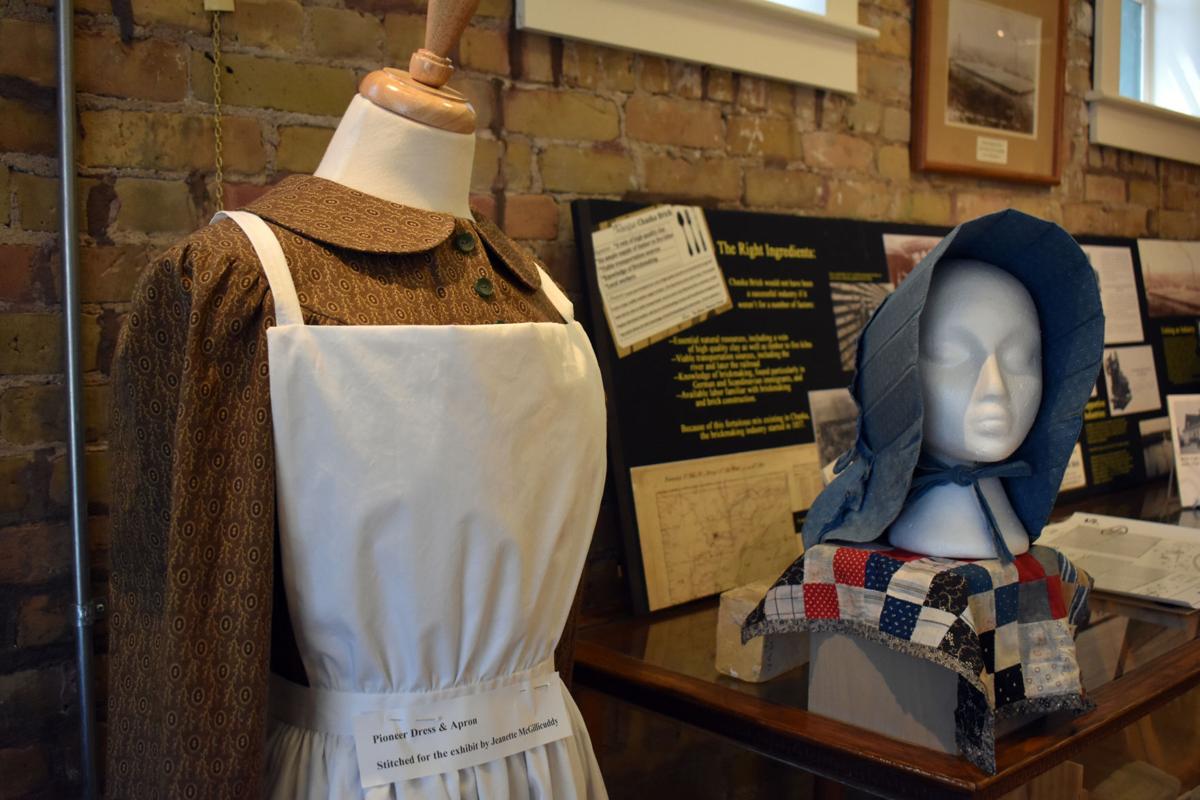 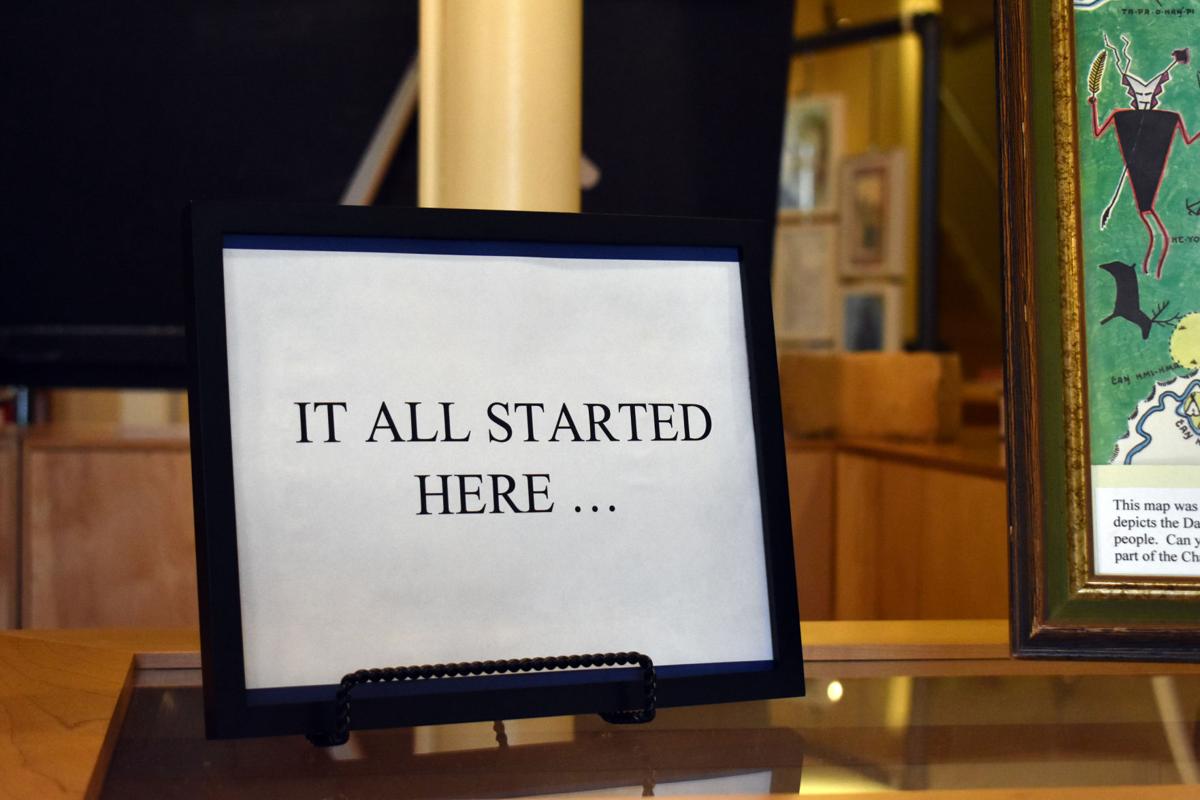 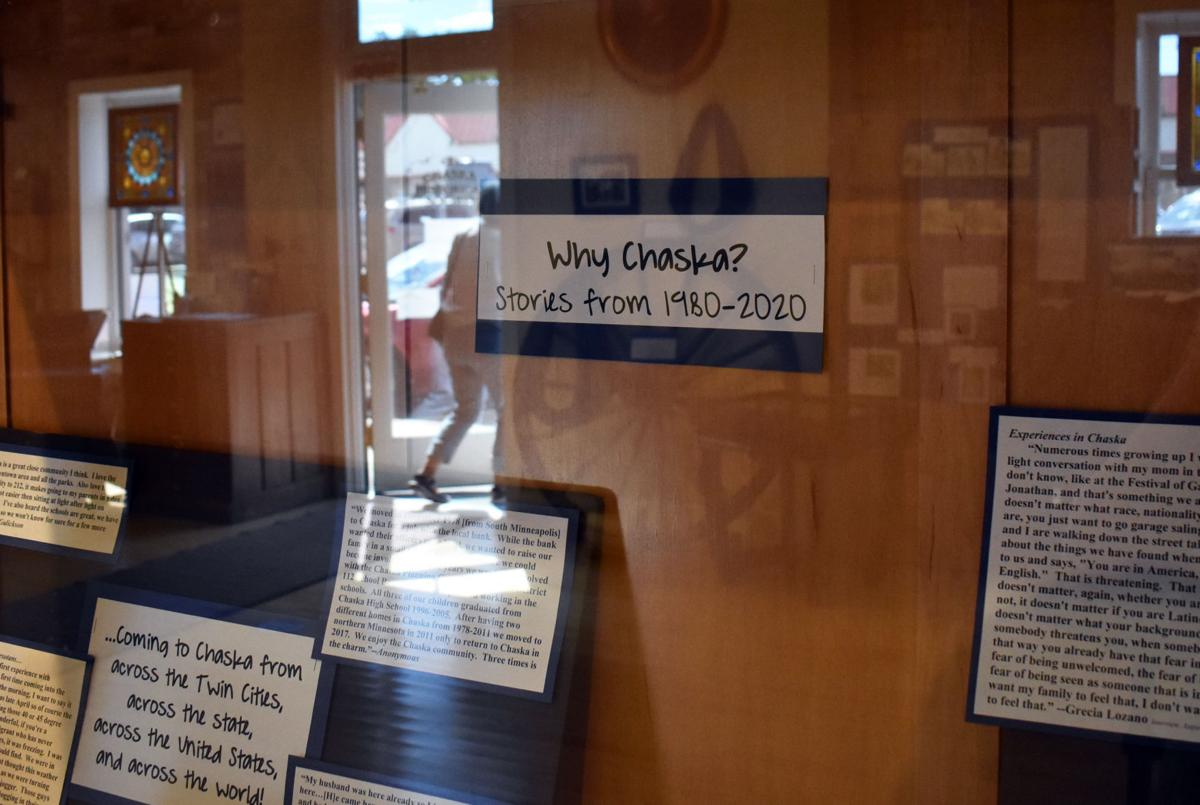 That’s the Chaska Historical Society’s motto these days with its ready-to-go exhibit and volunteers, but no visitors.

Though COVID put a stop to exhibit-goers, the “Why Chaska?" show itself went on.

It’s set up on Fourth Street with display boards and pictures, artifacts and plain-old-facts, as it has been in the past. However, now people can see it all on the society’s website, where their first major online exhibit lives.

They can scroll through videos and demonstrations, or as the local historians say, “stories from the present and the past coming to Chaska from across the Twin Cities, the state, the country and the world!”

WHY THE ‘WHY CHASKA’ EXHIBIT?

This year, two things have changed. There won’t be a Christmas exhibit. And the current "Why Chaska?" physical exhibit (not yet open to the public) will be standing for at least a couple of years.

The idea for "Why Chaska," which focuses on the influx of immigrants and settlers to the area, was born this past winter. People threw out theme ideas, threw in others. The end project was a compilation of them all.

Partially, the idea stemmed from a recent library-sponsored project that invited recent immigrants to share their stories. (Oberski said the public will hear those stories as part of the exhibit.)

So the committee nailed down the topic, volunteers pursued it, and eight months later it was video-ready.

With the help of Ellen Goodrich, local video guru and law student, volunteers and members were filmed for the website’s YouTube series. She edited the video and added captions for the final touches.

“We were thinking it was just going to be a couple of videos. It turned out to be 10,” Oberski said.

“There’s always more that a (historian) can do and at some point in time you just have to say, 'That’s enough,'" Oberski said, though more videos could be in the cards.

The beauty of the society’s short videos is their length and separation. Viewers can pick and choose what topics interest them or pause for a snack break.

It’s all in an effort to answer that “why” question.

“There was a significant increase of population (in the 1960s to the 1980s). That’s what we focused our energies on because that’s obviously when people were choosing Chaska,” Oberski said. “We’re answering that question of ‘Why Chaska?’"

For retired volunteer Jeanette McGillicuddy, the response goes deeper than her love for history.

Her first master’s degree was in history and for the last three years, McGillicuddy has offered time to the society. Last year she worked on the World War I and II exhibit.

But this year’s showing hit home.

“A lot of what I was reading about was what my family had gone through,” McGillicuddy said.

She focused on Chaska’s early settlers, even creating replica outfits for the display. She learned it wasn’t unusual to have a large family back then, and women stayed fiercely busy in and out of the house.

“Do you read and write?”

“Do you speak English?”

She also found many immigrants came from France, Germany and the Netherlands.

“It was time-consuming,” she said of the research, laughing. “But it was so interesting.”

What’s just as riveting to McGillicuddy is the context she found.

Take the 1918 flu pandemic, she said. While over a century ago, it offered a sort of tutorial on certain aspects of the current crisis.

“A lot of people have started looking back at 1918,” she said, “(to) get a better understanding of what went through at that time, and are there lessons that can be learned?”

She wishes the society had more residents willing to share why they arrived to Chaska from the 1980s and after, especially from other places in the U.S. and Minnesota.

They put a call on Facebook and in their newsletter, but didn’t receive much participation. Oberski has an idea as to why.

“People don’t see their history as being as valuable to record yet,” she said. “People don’t think of 1980 as historical yet unless they are under the age of 20.”

It could be dangerous for records, too.

“We’re beginning to lose that history because we haven’t been able to engage the community to record it,” Oberski said.

NOT YOUR TYPICAL HISTORY BOOK

Historical Society staff and volunteers, a handful of which worked on the current display, are still hard at work even with the research behind them.

Though doors are closed to the public, the society is still taking research questions and other requests like photos or property-ownership questions.

There’s no lack of work, especially with the virtual wind that’s hit the society’s lungs.

With its first major virtual showing, the internet is ready for more from the Chaska Historical Society. Local historians are gearing up to add resources to the online database, even considering replacing their current one.

Eventually, extended collections could be online, Oberski said. Another volunteer is bolstering its Facebook presence.

“This is a way of being very accessible to people in a way that we’ve never been able to be in the past,” she said.

“It’s easy access. They don’t have to step foot in the building,” she said.

So accessible that they’re reaching people across the world.

Regardless, utilizing technology might be just what the society needed.

“We’re learning to exist in a virtual world and it’s not a bad thing. The COVID thing has kind of pushed us in that direction,” Oberski said.

IT’S ABOUT THE FUTURE, TOO

The videos ask ‘Why Chaska?’ when referring to the population boom, but Oberski said it’s a worthy question for 2020, too.

It might boil down to finding community in this southwest metro city, which changes as Chaska becomes more urban.

“Having that desire to feel good about where we are and what we’re doing has not changed, and I think that that’s a theme that has carried throughout all the peoples who have lived here over time,” she said.

But look around, Oberski said, and it’s not hard to see disharmony among one another.

She called modern times “divisive” and hopes these videos can lay out a common ground for people.

Most everyone, including here in Chaska, wants a better world, a good life and positive change, Oberski said. Maybe it’s part of why people chose Chaska in the first place.

Find the virtual exhibit at www.chaskahistory.org.