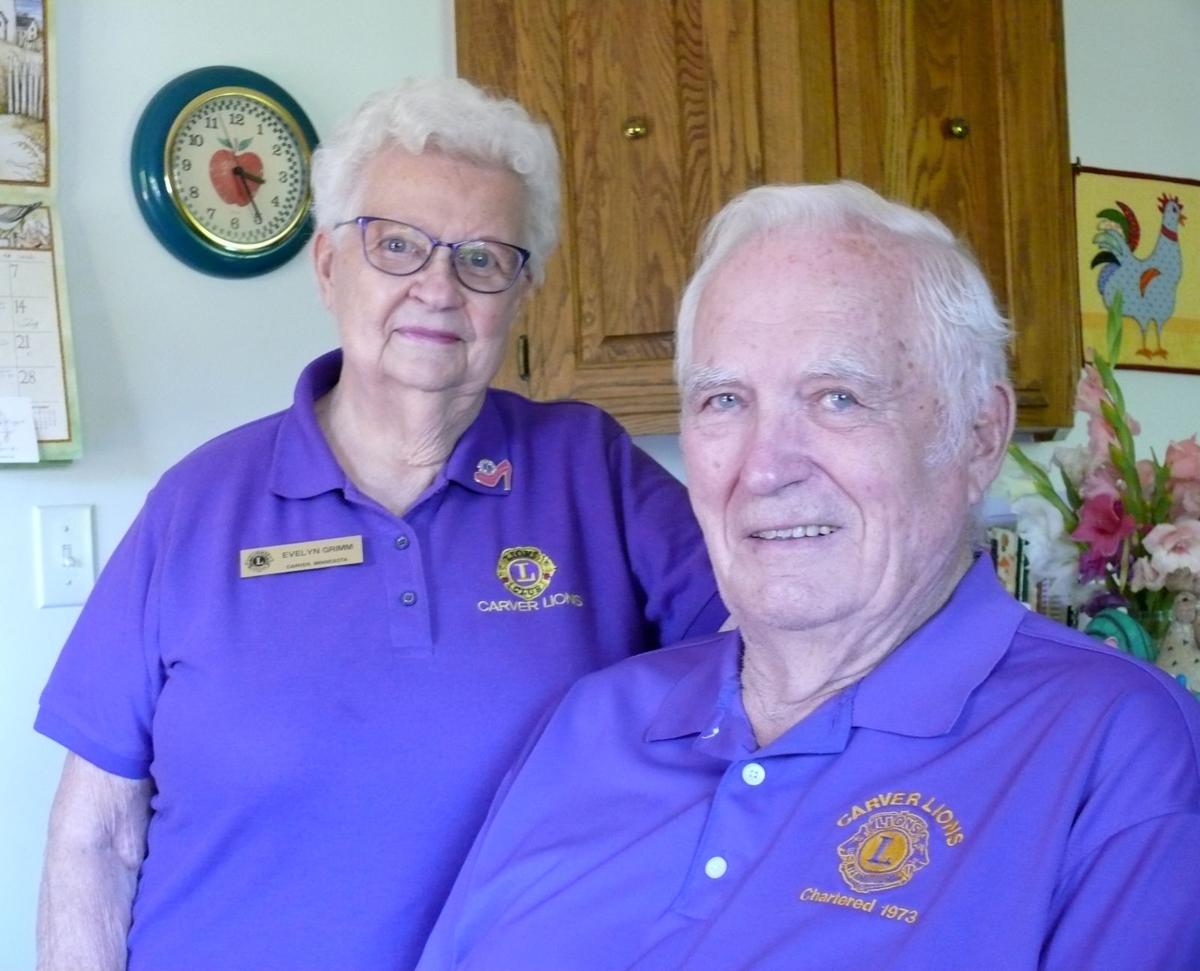 Evelyn and Marvin Grimm have been selected to serve as grand marshals for the Sept. 12 Steamboat Days parade in Carver. 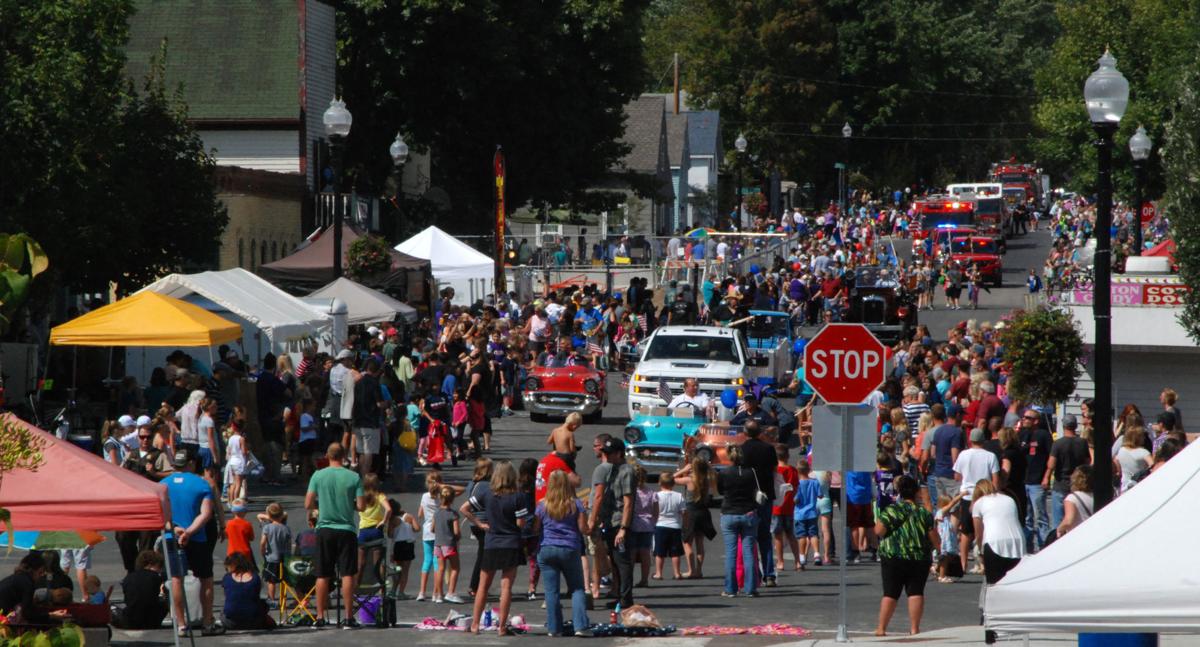 The Steamboat Days parade works its way down Broadway Street, past large crowds in 2018.

Evelyn and Marvin Grimm have been selected to serve as grand marshals for the Sept. 12 Steamboat Days parade in Carver.

The Steamboat Days parade works its way down Broadway Street, past large crowds in 2018.

Evelyn Grimm called it a “nice honor” for her and her husband Marvin to be selected as grand marshals for the upcoming Steamboat Days parade in Carver.

Those aware of the couple’s continuous and dedicated service to the local Lions Club and multiple community events say they deserve the recognition.

“The Grimms have been and continue to be pillars of our community,” said Kristy Mock, a city councilor and chair of Steamboat Days. “They have a combined 44 years of service as Lions Club members, and at any moment are willing to lend a hand, help out, organize the gathering, and put in the time to help others.”

Mock said she appreciated the Grimms’ knowledge and welcoming natures when she initially joined the Lions Club.

“With Evelyn’s small stature (5-feet) and quick smile, and Marvin’s stoic nature and towering height (6-foot-3), this dichotomy makes them such a wonderfully memorable couple,” she said. “Knowing them and working side by side with them has been a privilege.”

When Mock notified the couple’s selection as grand marshals, Evelyn recalled: “I thought it was quite an honor. That was very nice of them to choose us. She said it was for all that we had done for the Lions and the community. That’s fine. We’ll be glad to be there.”

The three-day festival presented by the Carver Lions Club runs Sept. 10-12, with the parade at 1 p.m. on Sept. 12. Information about the schedule of festivities, including locations and times of events, can be found at carversteamboatdays.info.

Marvin retired in 1989 as agriculture supervisor at the Green Giant peas and sweet corn plant in Glencoe, and Evelyn is a retired Minneapolis elementary school teacher.

The Grimms, in their mid-80s, have lived in Carver about 23 years and have been members of the Lions Club for 22. Each has served as officers with the club, including each as club president.

Marvin served as Lions Clubs International district governor for 65 clubs in south-central Minnesota for fiscal 2015-16. He’ll is the first to tell you it was a team effort with Evelyn.

“We did all that together,” he said, getting an agreeing nod from Evelyn. “It’s kind of like what the Lions do; work together on projects and things that help the community.”

The couple has been involved with many community and civic endeavors over the years, including, in part: updating The Church by the River, multiple fundraisers, and elections.

“I like volunteering and I like meeting people,” said Marvin, who added that he’s often referred to as ‘Mr. Lion’ around Carver. “I thought joining the Lions was a way to meet people in Carver. Meeting and helping people are important to me.”

When asked how long they plan to continue their community service work and Lions membership, Evelyn said: “We’ll stay Lions. I don’t see us stopping. We may cut back some, but it doesn’t seem like we have yet. I can’t see us leaving the Lions. There are just too many things to do and we like it.”

Marvin is the club’s membership chair. There are currently 54 members.

“We’d like to get younger members involved,” he said. “The number we have right now is pretty good for Carver, but I think we need to keep doing more service projects to let people know what the Lions are doing and giving people opportunities to help out.”

“The message we have is that through the Lions you can meet people in town, have fun and work at events that benefit so many others,” Evelyn said. “There’s a lot of satisfaction in that and you get to learn more about your community.”

When asked what he anticipates it will be like to be in the parade, Marvin responded: “It hasn’t really affected me. I’ve not given it a lot of thought. Well, the only thing is, what am I going to ride in? I really don’t like riding in a convertible, so maybe I’d like the back of a pickup.”

Evelyn smiled at Marvin as he spoke, then added: “We’ll enjoy it, no matter what we’re in. It’s certainly not necessary, but much appreciated. It should be fun.”

Steamboat Days is Friday, Sept. 10-Sunday, Sept. 12. Food vendors will be located downtown throughout the festival. For updates and more information about events such as city-wide garage sales, Kids Play Place and the catfish contest, visit www.carversteamboatdays.info.