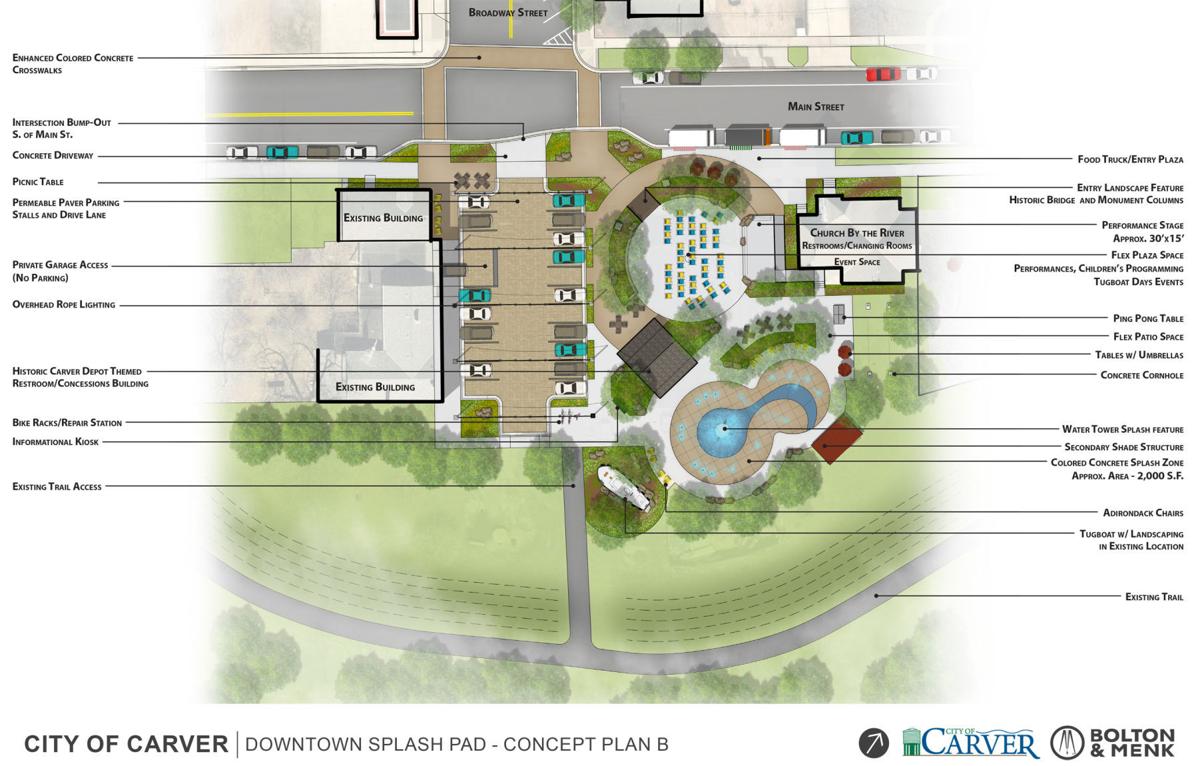 One of the concepts that would add a splash pad and performance stage in downtown Carver. 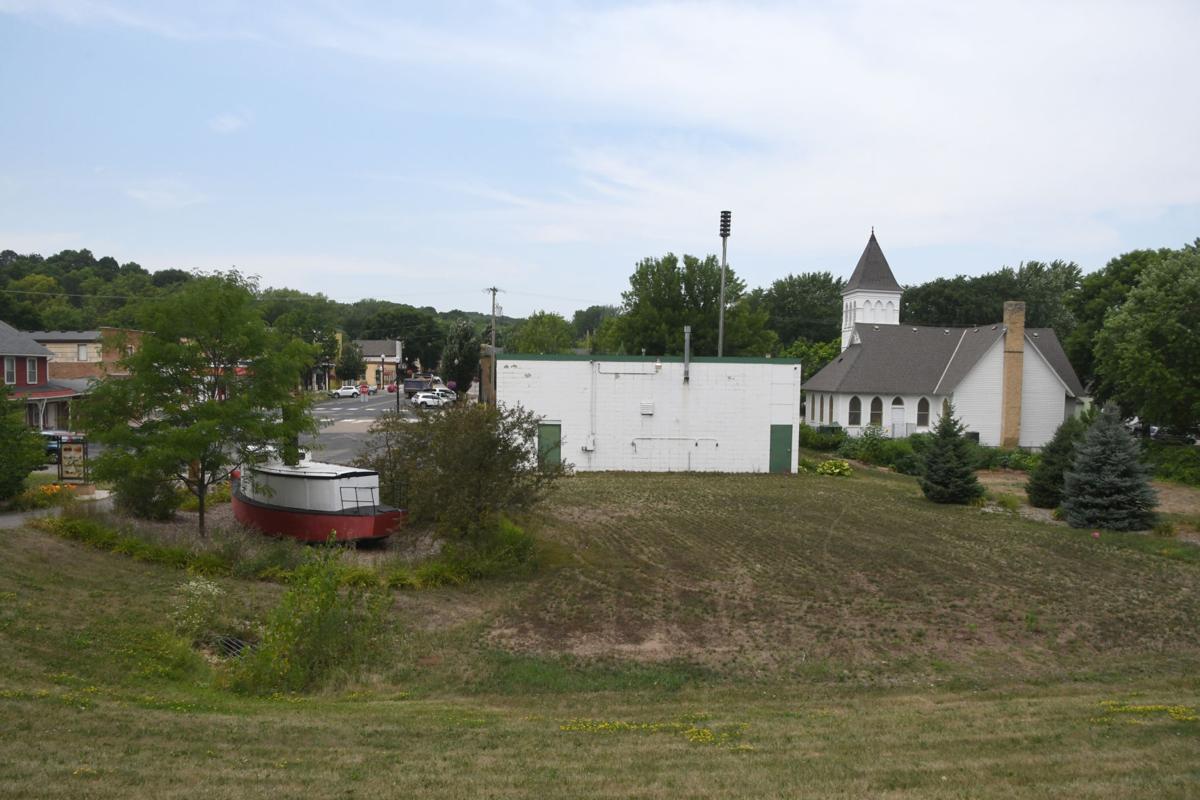 The city of Carver is discussing a downtown splash pad and performance stage at the southeast corner of Main and Broadway streets.

One of the concepts that would add a splash pad and performance stage in downtown Carver.

The city of Carver is discussing a downtown splash pad and performance stage at the southeast corner of Main and Broadway streets.

The concept of a park with a splash pad, performance stage and multiple gathering areas in downtown Carver was discussed during a recent work session by the Carver City Council.

But it may be about five years before such an attraction would be available.

Such a park at the southeast corner of Main and Broadway streets “would be such a wonderful attraction; something so many people in town and the area would be drawn to,” said Ann Sabelski, who said she recently moved to the area.

“From everything I’ve heard and seen, this city is growing so fast and the more places there are for people to go and have fun would be great,” she added between licks of the ice cream she bought at a nearby shop in downtown. “How great would it be for the kids to have splash pad and for others to just have a cool place to meet?”

The most recent concept, outlined by Community Development Director Erin Smith at a July 19 council work session, has several changes to a previous park plan.

The most noticeable change was the addition of a 30- by 15-foot performance stage overlooking a large plaza space that could be used for a variety of events. The approximate 2,000-square-foot splash zone area includes a water tower feature.

The park has no name at this point, according to City Manager Brent Mareck, who said there “are a number of steps” that need to be completed before such a park exists, including funding.

Mareck said the park would be part of a long-term financial plan. The first draft of that plan is scheduled to be introduced at the council’s Aug. 16 meeting.

The earliest the impressive-appearing park could be built would be 2026, according to Mareck.

“We’re really early in the stage; really talking about the idea of all this at this point,” he said. “That’s where the capital plan comes in.”

“There are a lot of moving parts to all this,” Mareck said.

Mareck said those ultra-early estimates could change with design alterations, building costs and other factors.

Smith said at the work session that changes were made to the earlier concept largely to attract a wider demographic population to the site.

Comments about it appearing to solely attract younger families and children “caused us (city staff, Parks Commission) to reflect, to think of it differently,” she said.

The new concept offers an area for food trucks and an ample parking area. The existing Church By the River would remain and be available for restroom/changing and event needs.

“I know it’s a long way off, but I like that the city is looking to create these types of areas in the city to benefit so many,” Sabelski said. “Something like that would be a gem.”

More information about city of Carver park plans can be found at cityofcarver.com/250/Parks-Master-Plan.