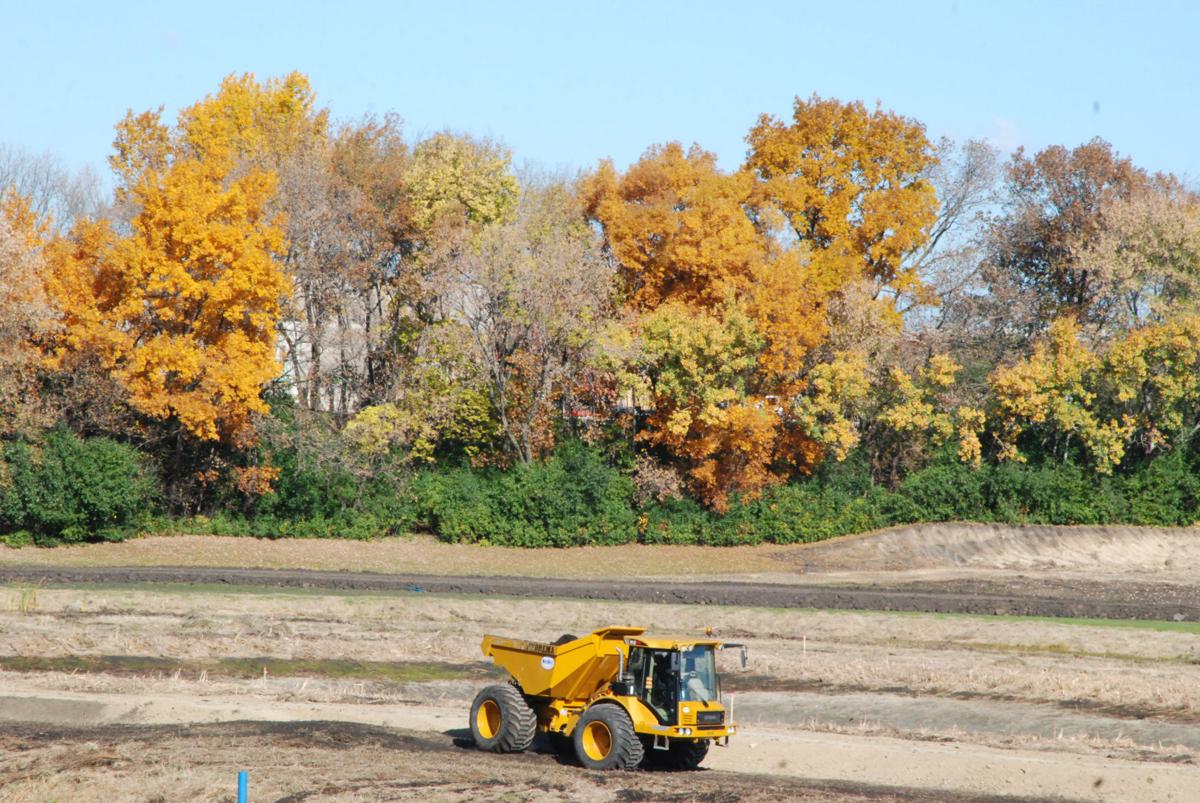 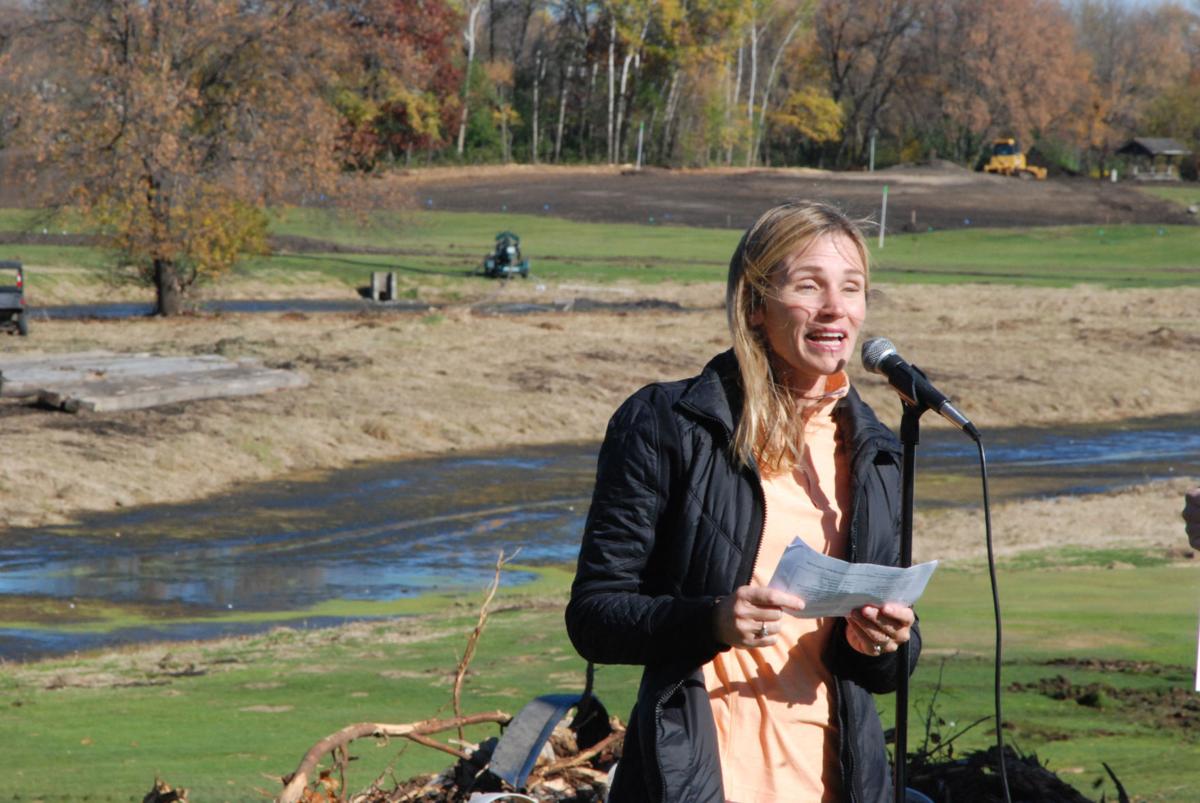 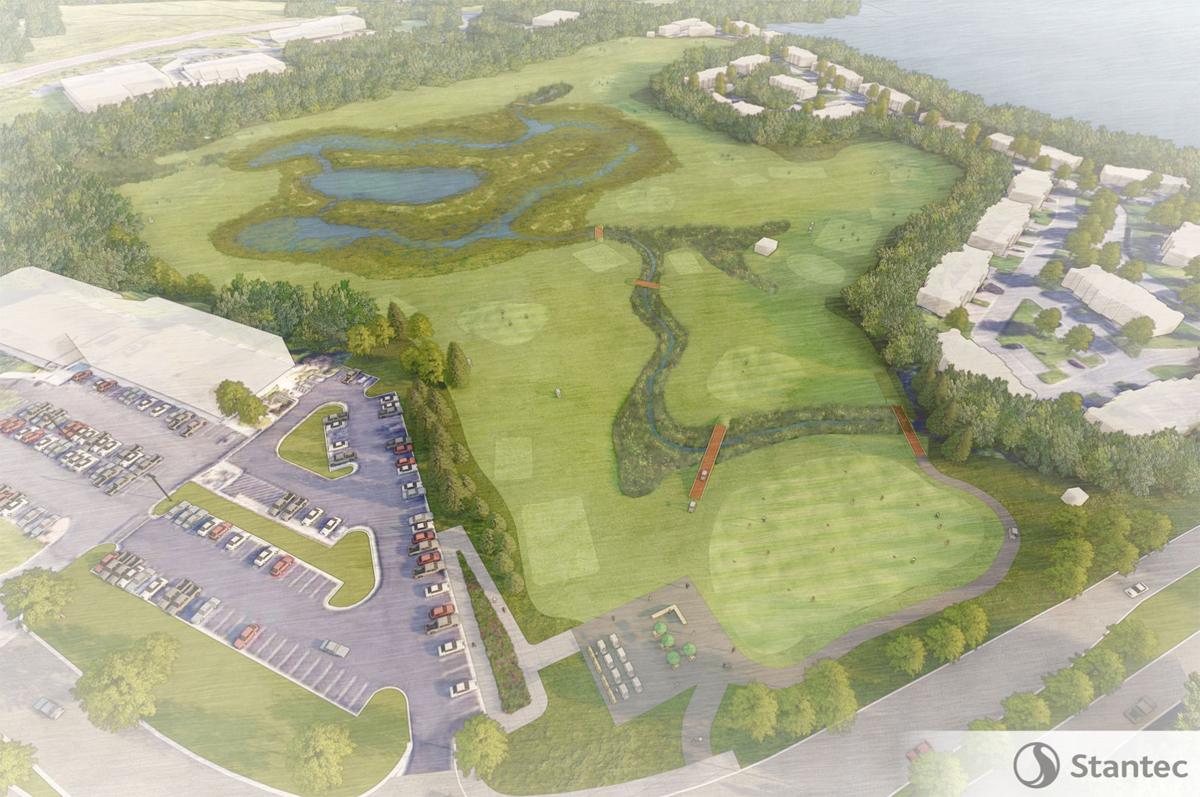 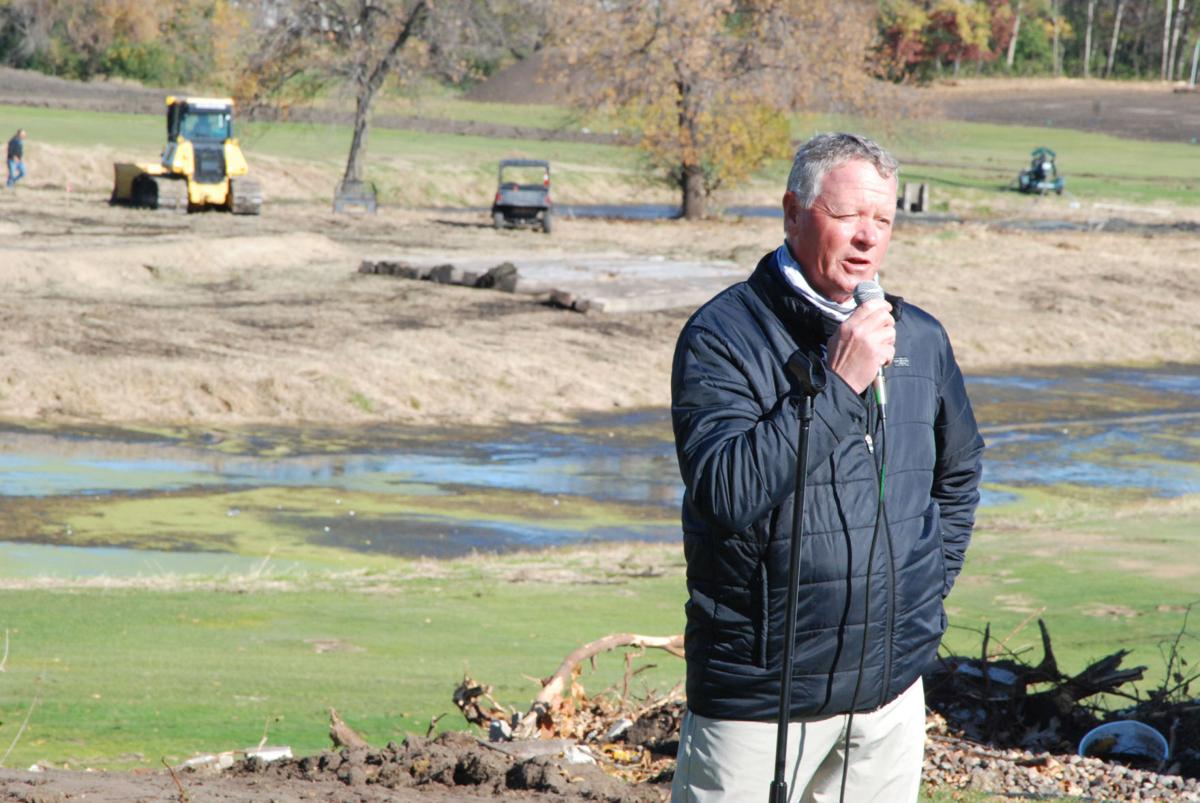 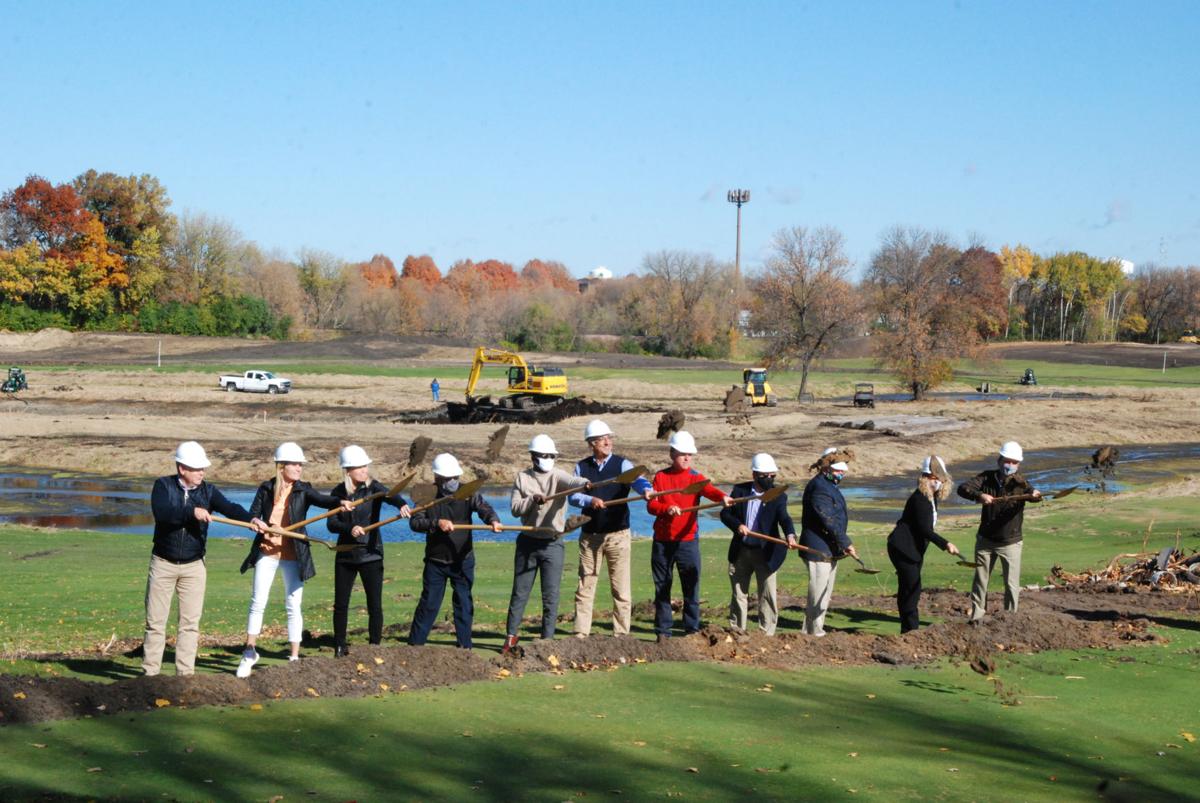 Hazeltine National Golf Club in Chaska attracts fans and professional athletes from around the globe.

Now, just down the street, the city of Chaska is preparing to expand on the town’s golf legacy.

A city owned nine-hole golf course along Hazeltine Boulevard has begun its transformation from the “Chaska Par 30” into “The Loop at Chaska.”

The idea is to create a golf course that is “welcoming to everyone,” said Susan Neuville, incoming chair at Learning Links of Chaska (soon to be renamed Barrier Free Golf).

As officials held an Oct. 13 groundbreaking, construction crews were already busy at work rebuilding the course.

Construction is slated to continue through next year, with an opening scheduled for summer 2022.

The course will be designed for anyone to play, including those with a physical or mental disability, according to those involved with the project.

However Kellin stresses, the course won’t be “another flat boring golf course.” The course will be played in a circle (thus the name “The Loop,” Neuville said) around a central wetland area.

Someone strapped into a single-rider golf cart will be able to access the entire course, Neuville said. “The playing surface will be durable enough to support carts that will roll over it.”

There won’t be bunkers on the course.

“The challenge is going to come from having undulating greens with a lot of character,” Kellin said.

A player who can’t take a full swing, and instead putts the entire course, can still have a lot of fun, he said.

Kellin said that now, many of the Par 30's regulars include seniors and beginning juniors. “They will continue to be a core clientele. What will change is the accessibility part for everyone else,” he said. “I think the seniors are going to love it,” he said.

Another primary feature of The Loop will be a putting green, styled after the popular Himalayas course at St. Andrews in Scotland. The putting green will be free of charge to golfers, Kellin said.

“I see a lot of families, no matter what age or ability, taking advantage of the putting green," he said.

“It will be an unintimidating first step into the game where you don't have to pay anything. You can sit and enjoy watching, you can play a little bit and approach the game slowly and casually,” Neuville said.

Learning Links is also committed to keeping the course affordable, and worked with the city to designate 2,000 free rounds of golf,” Neuville said.

The free rounds of golf will be used with various programming, said City Administrator Matt Podhradsky.

“We’re trying to be strategic about going out and finding groups where we can program events and get kids introduced to golf who maybe couldn’t afford to do it in the past."

The Chaska Par 30 was designed by renowned golf course architect Robert Trent Jones, who designed the original nearby Hazeltine course.

However, the Par 30 has had its challenges over the years.

“For 20 years, I had people say ‘I didn’t even know it was there. We put up signs, we marketed it more in the past,” Kellin said. “It wasn’t a high-quality facility.”

The course faced increasing challenges for players, as other golf facilities opened in the area.

In 2015, the city promoted the new game of “footgolf” at the course, a cross between soccer and golf.

The idea for a new course began with Learning Links founder Tim Andersen about six years ago, Neuville said.

“Tim and some of his friends wanted to find a way to make golf more welcoming and fun for more people,” she said.

The city began discussing the project with Learning Links in 2018, and approved a concept plan in March 2020.

Finally, this past June, the irrigation system broke down at the Par 30, requiring crews to hand-water the course.

The city would have needed to replace the irrigation system and wellhead. It had also planned to add parking at the site, to avoid paying annual rent for 30 parking spaces from the owner of the nearby office building. Those costs would have added up to $1.2 million.

“And the council would not have noticed one change in the golf course. It would have been the same golf course,” Kellin said, of the cost.

“It was definitely a time that the council had to make a decision on the Par 30,” Podhradsky said.

So on Sept. 21, the Chaska City Council went ahead and approved the new project on a 5-0 vote.

The annual debt service on the project, financed for 20 years, is $107,000, and will be paid for from revenue at the course, as well as profits from the city’s municipal electric service.

Fundraising is also underway for a new clubhouse for The Loop, which wasn’t included in the first phase of construction.

‘IT WILL BE A WINNER’

“I’m just excited to see groups of people who you might not expect to see playing together and be enjoying themselves,” Neuville said.

To learn more about "The Loop at Chaska," get involved or make a donation, visit barrierfreegolf.org.