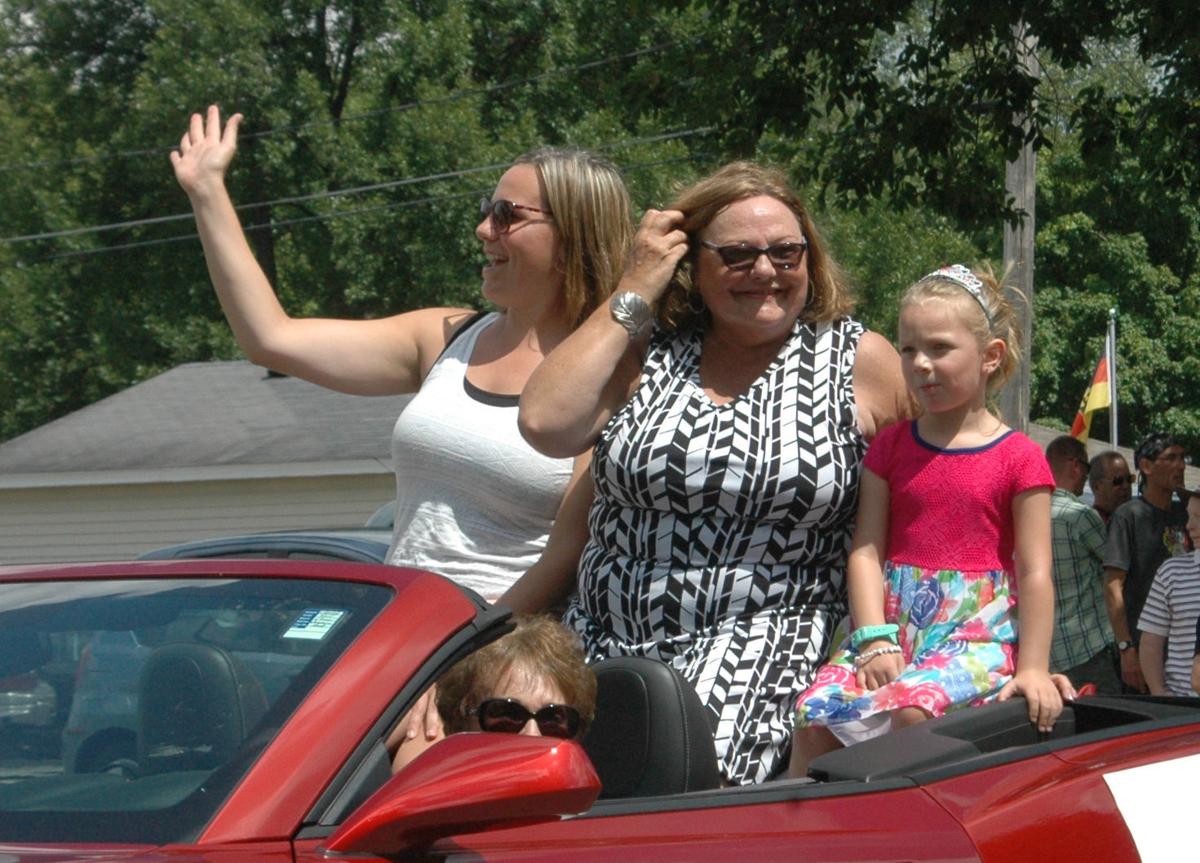 Margo Steffel, center, serves as River City Days Parade Grand Marshal in 2016. She is pictured in the car with daughter, Anna Streich, and granddaughter, Andelyn Streich.

Margo Steffel’s laugh could fill a room. Friends and relatives recall how it would carry across a party or city hall or church sanctuary.

Earlier this week, the boisterous laugh was silenced.

Steffel, 66, passed away, possibly due to a heart-related ailment. After missing a movie with a friend, police conducted a wellness check, and found her body Wednesday, Jan. 22, according to daughter Anna Streich.

Steffel served as a former Chaska city clerk for 17 years before retiring from the position in 2016. Over the years she also worked as an election coordinator, Carver County Sheriff’s Office records clerk and Chaska Fire Department administrative assistant. In 2016, she was the Chaska River City Days grand marshal and she ran for mayor in 2018.

“She was outgoing and gregarious and fun-loving. By definition, that was Margo,” said Bob Roepke, who served as Chaska mayor while Steffel was city clerk.

Once, during a night service at St. John’s Lutheran Church, Streich recalls the pastor cracking a joke. Steffel replied with her loud laugh. The pastor replied, “Well, I know Margo’s here today.”

For her daughter Emily Steffel Barbero, that laugh was a sense of comfort. As a child, she may be lying in her bed, with her mother playing cards in the next room. “And you could hear her laugh. I could fall asleep when I heard that.”

If she ever got lost at the Carver County Fair, Barbero would just listen for her mother’s laugh nearby.

“For a lot of people, it was that instant joy. For me it was a beacon.”

Suzy Miller, a fellow retired city employee, was one of Steffel’s close friends. The two were going to the movie “Knives Out” Tuesday, and when she didn’t show, Miller called the police.

“Margo let me be me,” Miller said. “She was so smart and fun as all get-out. She’d talk to everybody.”

“That’s what I’m going to miss most. She was so fun, and so kind. And she was a really true-blue friend.”

Steffel grew up in Chaska from the age of 3, and had a deep love for the town and the people who lived in it.

If someone mentioned “Margo,” most people would know who they were talking about.

“She loved Chaska,” Barbero said. “Chaska was the world for her.”

City Administrator Matt Podhradsky agreed. "She was so passionate about Chaska as a community," he said.

Steffel served as a sounding board for Podhradsky. "She was so in touch or in tune with what the pulse of the community was on different issues," Podhradsky said. "Especially with some of the older generation in the community, she was always someone one could turn to and say 'What do you think of this?' and 'What do you think of that?' and she was never afraid to give her opinion."

"She said what she thought and provided valuable insight in the community and also had a lot of pride and passion for Chaska," he said.

Her attitude helped at city hall, Miller said. “She was very good at her job. She didn’t get all nervous about things. She took things in stride. She got her work done efficiently.”

In 2018 she ran an unsuccessful race for mayor.

“She knocked on doors of those who didn’t have much of a voice, who didn’t feel as represented, and she wanted to be that voice,” Roepke said.

At the time, she told the newspaper: “I especially love getting to know the residents of the city and learning about their opinions and daily struggles.” She stressed affordable housing as her No. 1 issue.

She’d look past a person’s differences, Streich recalled. Instead, she’d figure out who someone was, and try to connect with them. “She loved everybody,” Streich said.

Serving as the River City Days grand marshal in 2016 was a pinnacle of parade life for Steffel, Barbero said.

Steffel put her energy to work in local theater productions, including a memorable turn as Miss Hannigan in “Annie," with Chaska Valley Family Theatre.

The role of the mean-spirited orphanage director was an ironic part for Steffel. “She loved kids,” Barbero said. “She was a Sunday school teacher, involved in Girl Scouts, 4-H, even with my son and nephews and nieces. She was an amazing grandma.”

"There are certain people that make up a fabric of the community, and she was one of them and there will be a void in the community without her," Podhradsky said. "It's sad, but I think the community was lucky to have someone like her to add so much passion for so long."

“The laughter won’t be quite as loud,” Roepke said. “The joy will be diminished a bit.”