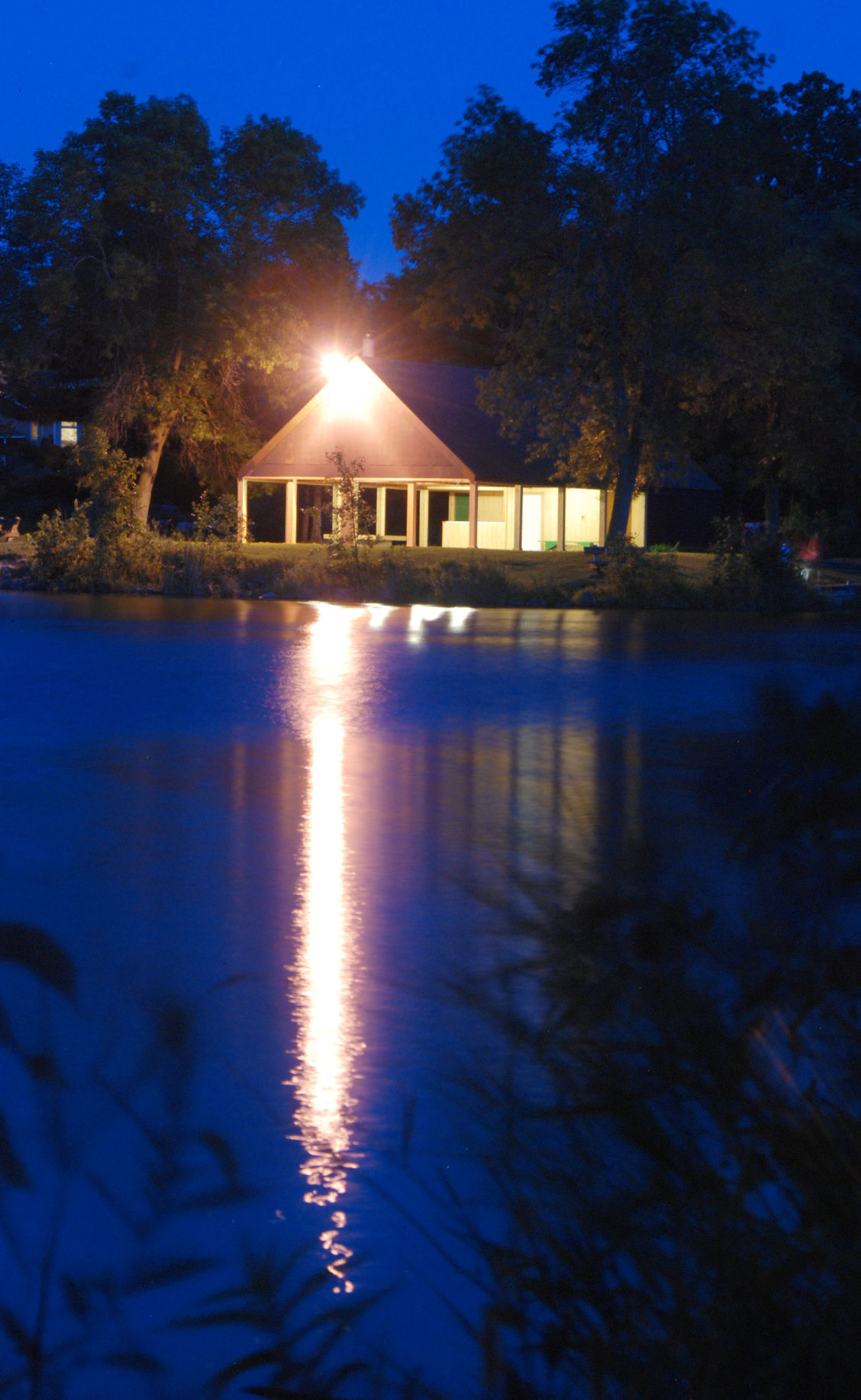 The Jonathan Association recently turned the Lake Grace pavilion into a picnic shelter. 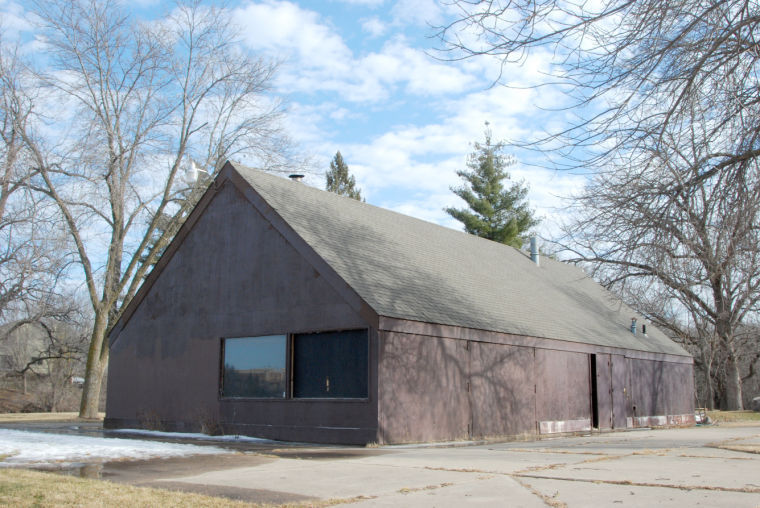 Lake Grace Pavilion, before it was remodeled as a picnic shelter. 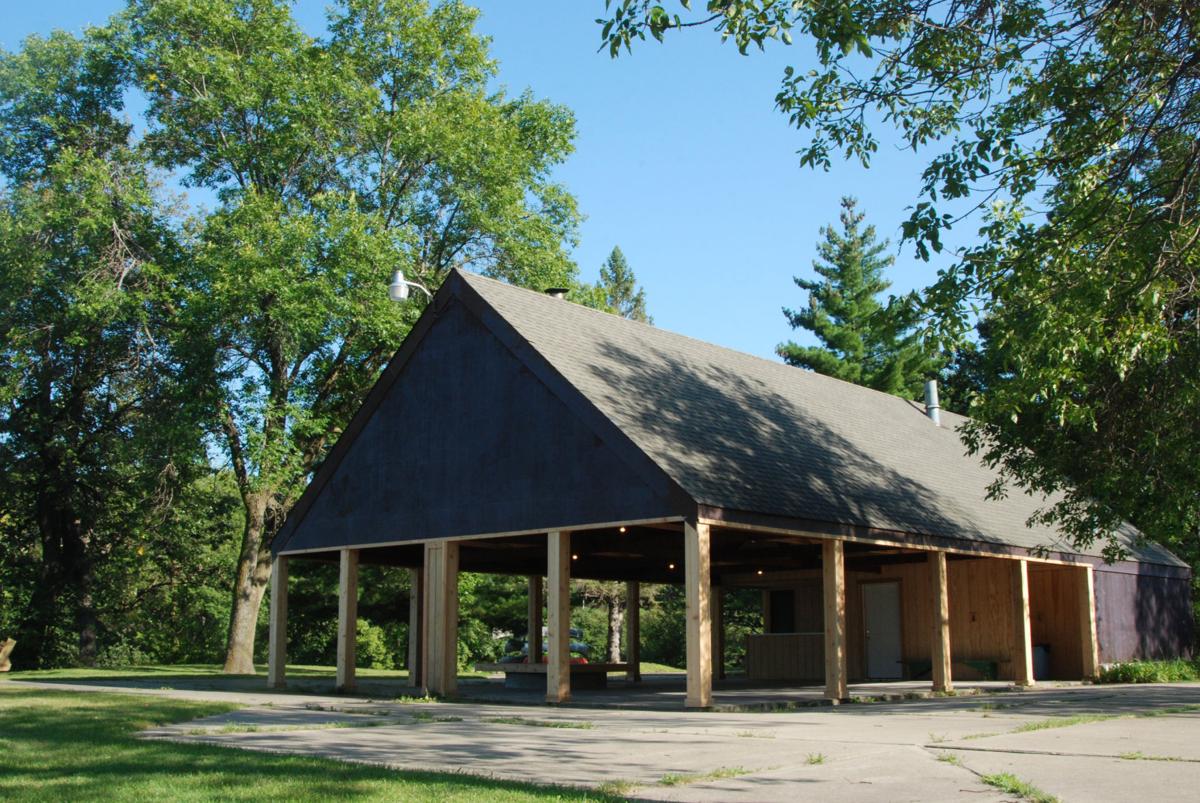 Lake Grace pavilion, after it was remodeled into a picnic shelter. 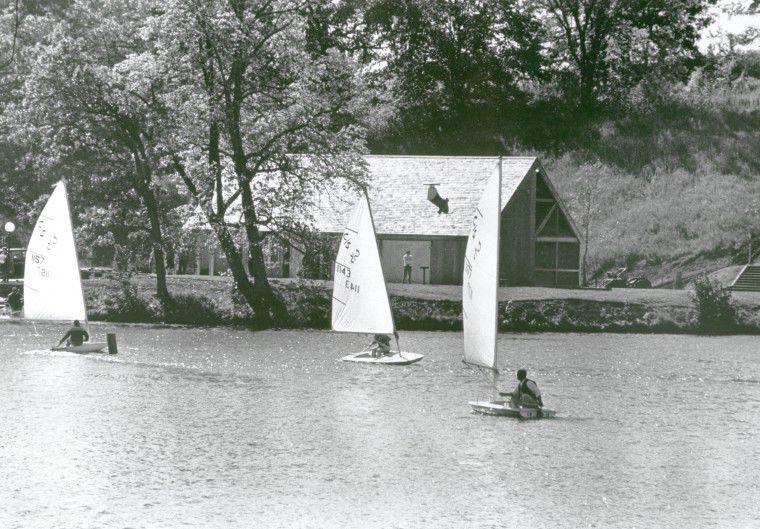 The Jonathan Association recently turned the Lake Grace pavilion into a picnic shelter.

Lake Grace Pavilion, before it was remodeled as a picnic shelter.

Lake Grace pavilion, after it was remodeled into a picnic shelter.

The Jonathan Association recently took action to restore its iconic pavilion on the south shore of Lake Grace.

When it opened in 1970, the pavilion was a game-changer.

“Essentially, when there was a swimming beach down there, it was really a center of community life in Jonathan,” said Judith Bostrom, Jonathan Association Board of Directors treasurer and architectural review chair.

It served as headquarters for lifeguards at the adjacent beach. Residents could buy concessions or rent canoes at the pavilion. The park hosted summer concerts, dances and Fourth of July events.

While residents and board members debated how, or if, the association should exist, the pavilion fell into disrepair.

“It was boarded up at one point and has sat there vacant a number of years,” said Stephen Wolff, president of the Jonathan Association Board.

But the pavilion sat idle — until this summer.

“After a few tours of the pavilion, numerous discussions and brainstorming, this is what we came up with,” Wolff said.

In July, the Jonathan Association Board, on a 5-3 vote, awarded a contract to Iron River Construction to remove three walls of the enclosed pavilion and convert it into a picnic shelter.

“What we decided is to give it a facelift,” Wolff said.

In removing the walls, safety was one of the primary concerns, Bostrom said. “Over the years there had been several break-ins. We really don’t want people living in there, or teenagers partying in there,” she said. “Removing walls and turning it into a picnic area, and doing what we could to beautify the surrounding area, so that’s been the first step.”

There’s now a serving counter at the back of the building, and bench where a fireplace was once located. Unlike the original, there are no restrooms — a porta potty is provided outside.

“What we’re hoping is it will be a place where people can gather rain or shine,” said Wolff, who envisions it as a location for meetings and family outings. “We aren’t currently planning on taking reservations. It’s more first-come, first-served. However, we’d re-evaluate that if the demand had increased,” he said.

So far Wolff is pleased with the results. The now-visible woodwork is “absolutely breathtaking,” he said. The shelter can accommodate up to 50 people and the association has ordered six picnic tables for the shelter.

The pavilion work could cost about $24,000, Bostrom said. However with landscaping, the costs could surpass $50,000, she said.

It’s work that would have been difficult a few years ago, when the Jonathan Association was besieged by lawsuits and residents defaulting on their annual dues — which were $255 last year.

In 2012, Jonathan spent $200,000 successfully defending itself against two lawsuits from condominium associations suing to leave the association, Bostrom said.

Also in 2012, there was $360,000 in delinquencies from people who hadn’t paid association dues, Bostrom said. The association has now brought delinquencies down to $80,000 by filing, or threatening, liens and foreclosures.

With the extra income and lower expenses, the association can afford to tackle projects such as the pavilion and trail repair. The Jonathan Association is now on year three of a five-year trail restoration project.

“That’s one reason why the pavilion has taken a back seat, because everyone uses the trails and we felt that was a more important project,” Bostrom said.

The second phase of construction, scheduled to start this week, includes residing and painting the pavilion, Bostrom said.

Then the board will look at the area west of the pavilion, which now holds a weed-filled swimming beach and the concrete ruins of outdoor showers.

There will be one notable change, Wolff said. “I don’t see us returning it to a swimming beach.” Both Wolff and Bostrom cited concerns over water quality.

Officials are currently pondering other amenities, such as a fire ring on the beach, a fishing dock or fixing up the basketball court.

Details will be “hammered out this fall and winter and completed in the spring of 2017,” Bostrom said.

There are still concerns about park access, which was a key reason Jonathan Board member John Hace voted against the project. The park and pavilion are only accessible via paved trails.

“It is very nice. I think there is some more work to be done, but the issue is ‘How are you going to get there?’” said Hace, who wanted to work in partnership with the city to develop the area as a trail head.

He remains optimistic that there’s a way to create an access road. “Then this place would be a jewel — it would be used. If we don’t, I don’t believe it’s going to be used,” Hace said.

The Chaska neighborhood, then considered a “New Town,” was founded by State Sen. Henry McKnight, who envisioned a new style of urban design. Everything was new — ranging from the names of neighborhoods (numbers instead of words) to the then-revolutionary trail system.

And that included Lake Grace, the centerpiece of the Jonathan development. The 72-acre lake, which has a maximum depth of 20 feet, is an artificial lake, created by building an earthen dam to hold back water of East Chaska Creek.

On Oct. 11, 1967, Gov. Harold LeVander attended the dedication of Lake Grace, named after McKnight’s wife. “Next spring Minnesota will have 10,000 lakes plus one,” reported the newspaper.

Generations of Jonathan residents have fond memories of the lake.

“Growing up on Lake Grace, my greatest memory is just spending my entire summer outside swimming with friends and playing ping pong in the pavilion,” recalled Sean Bloomfield. “I think the only time we left was for lunch and dinner, but there were many days where we would just grill hot dogs and stay down there into the night.

“The pavilion was really a center point to the entire park. You could rent out horseshoes, ping pong paddles, and canoes. Lake Grace itself had such an impact on my life through canoeing escapades with my friends and family,” Bloomfield continued. “Those early days on the water defined my childhood and really gave me an opportunity to develop creativity and a passion for the outdoors.”

The adventures also prepared Bloomfield, now a Chaska teacher, for a canoe trip he took with a friend up the Minnesota River to Hudson Bay.

“It really is and has been the crown jewel of the Jonathan Association,” said Wolff. “It has a rich history.”

There is no vehicle access to the Lake Grace pavilion. To access the area, park in the Kindergarten Center parking lot at 110600 Village Road, and take the trail down the bluff, or park on East Lake Drive and take the trail on the southeast side of the lake.

The landmark Jonathan silo, at the northwest corner of Highway 41 and Hundertmark Road, is still slated for a makeover, as reported in the April 7 Herald.

“Work will begin soon and our hope is to complete by the end of September if not sooner,” said Judith Bostrom, Jonathan Association Board treasurer.