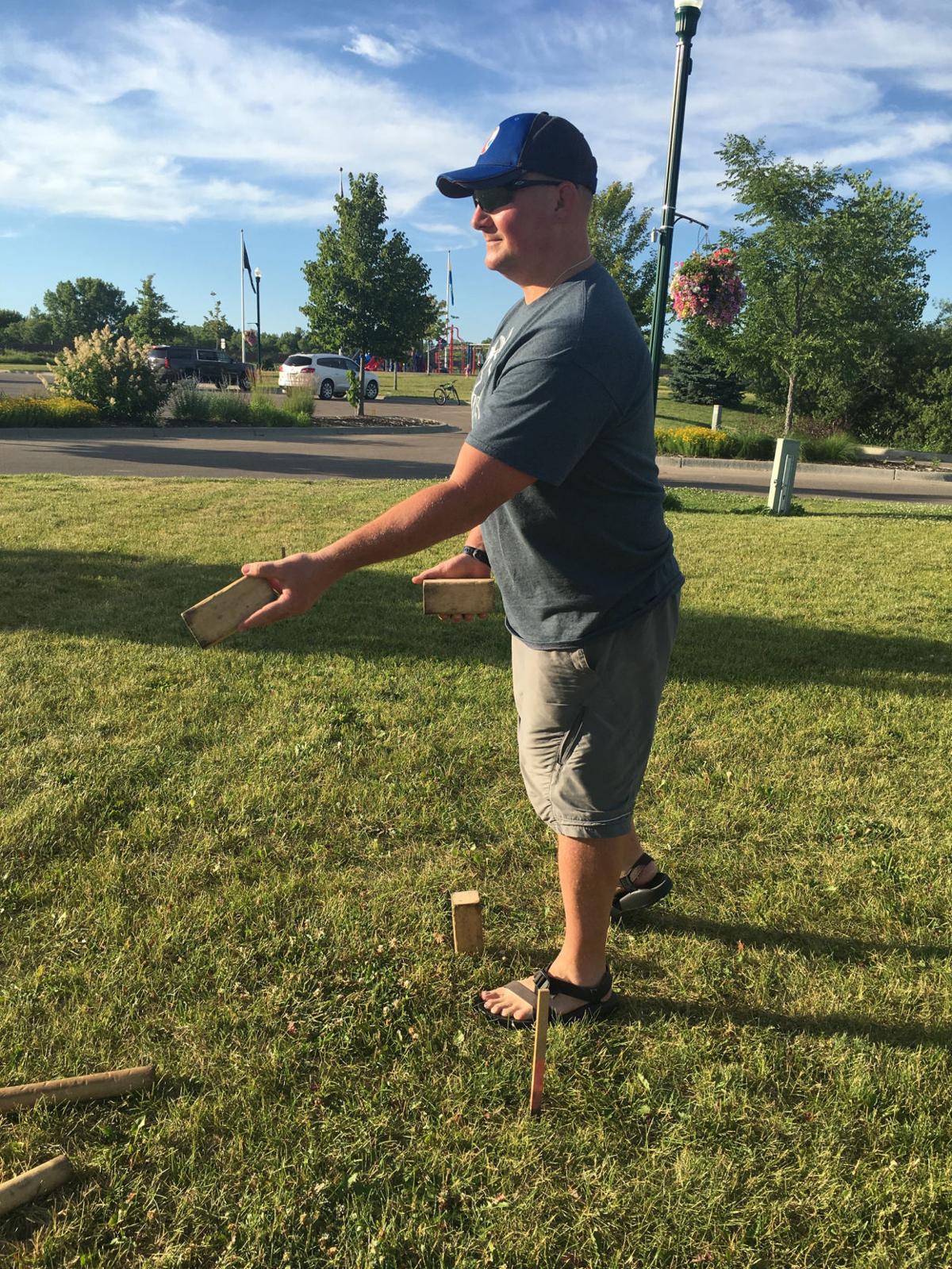 Kubb aficionado Jason Larson warms up for a throw. 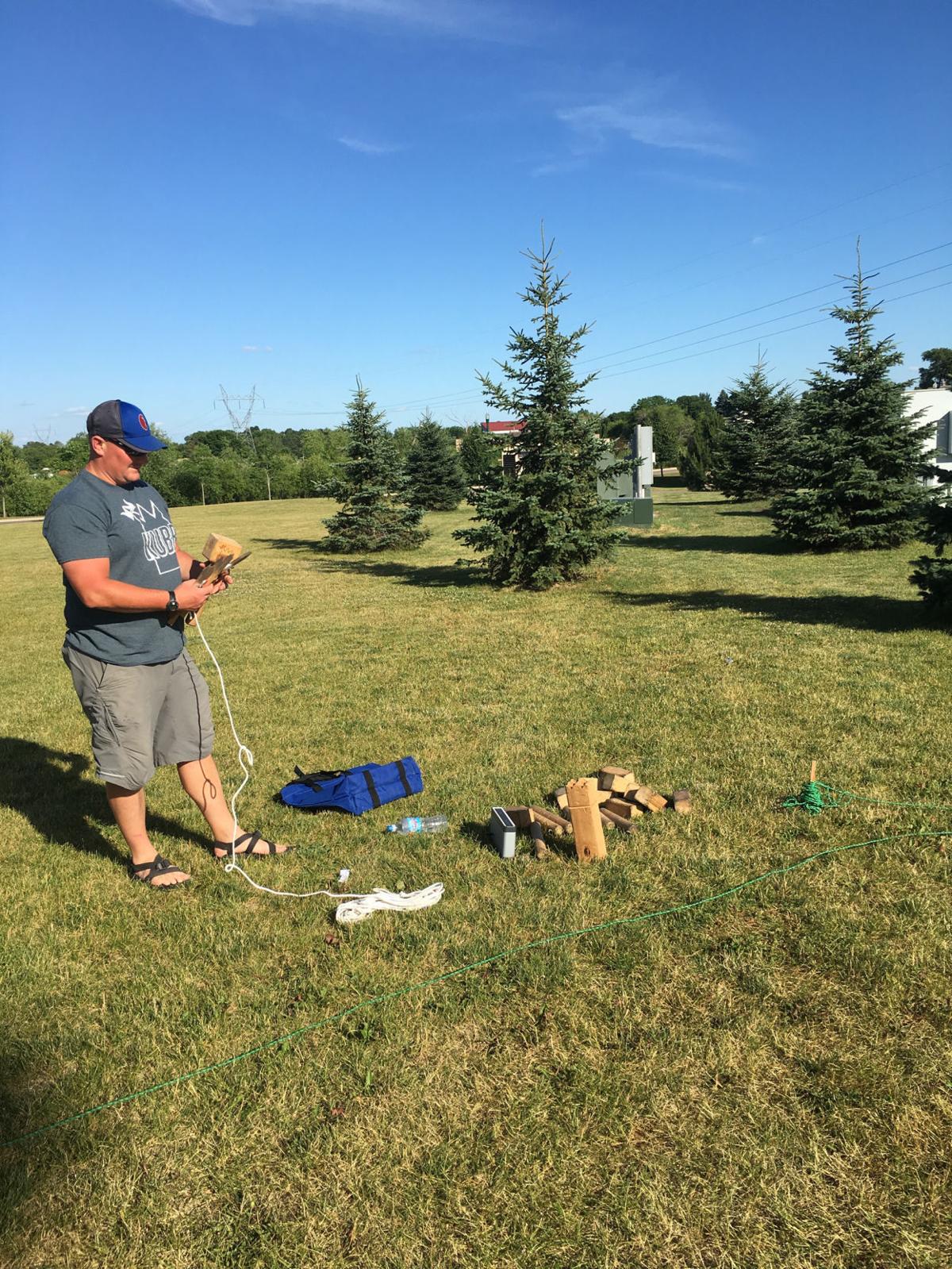 Jason Larson prepares for set up of the kubb arena. 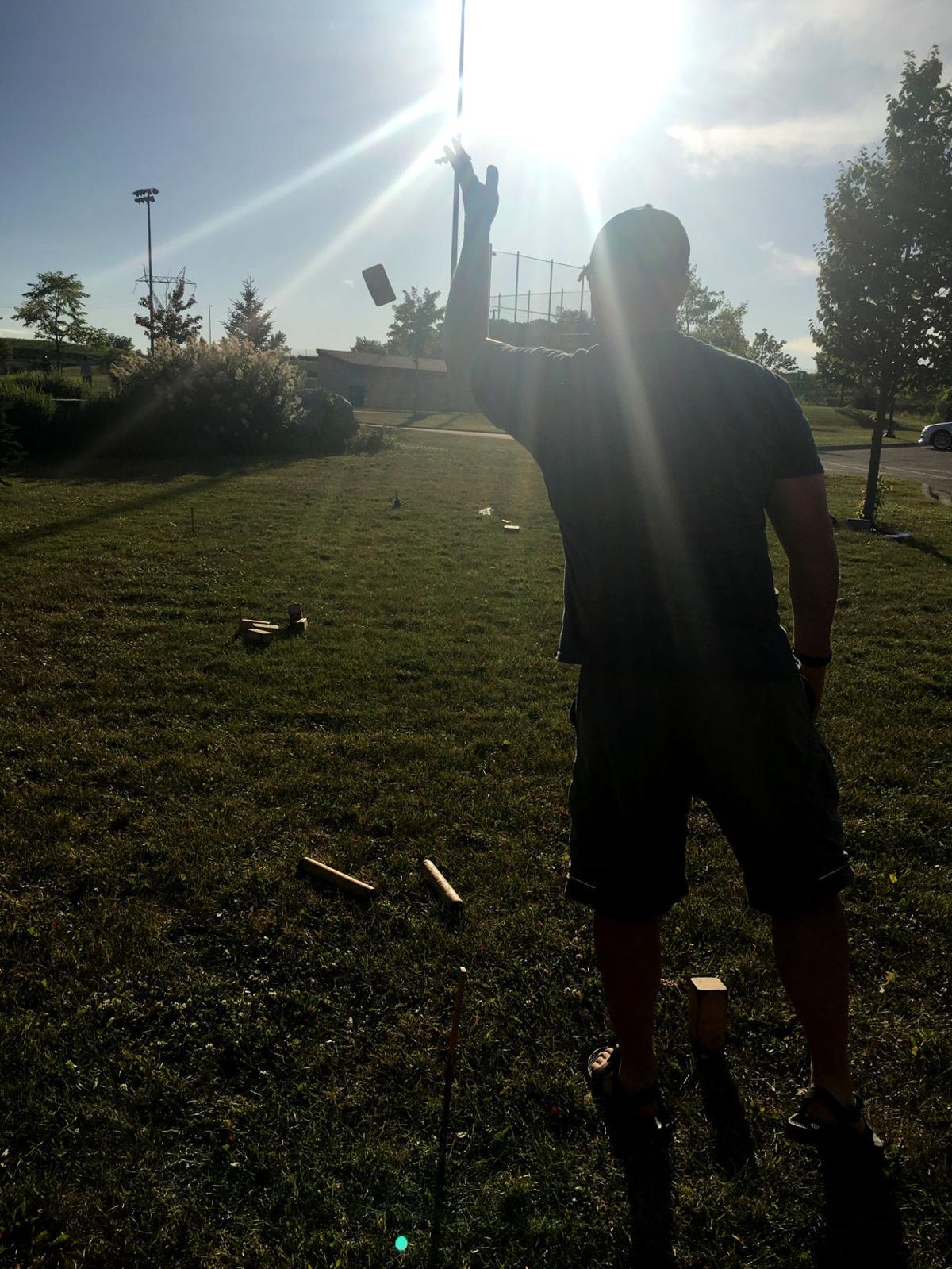 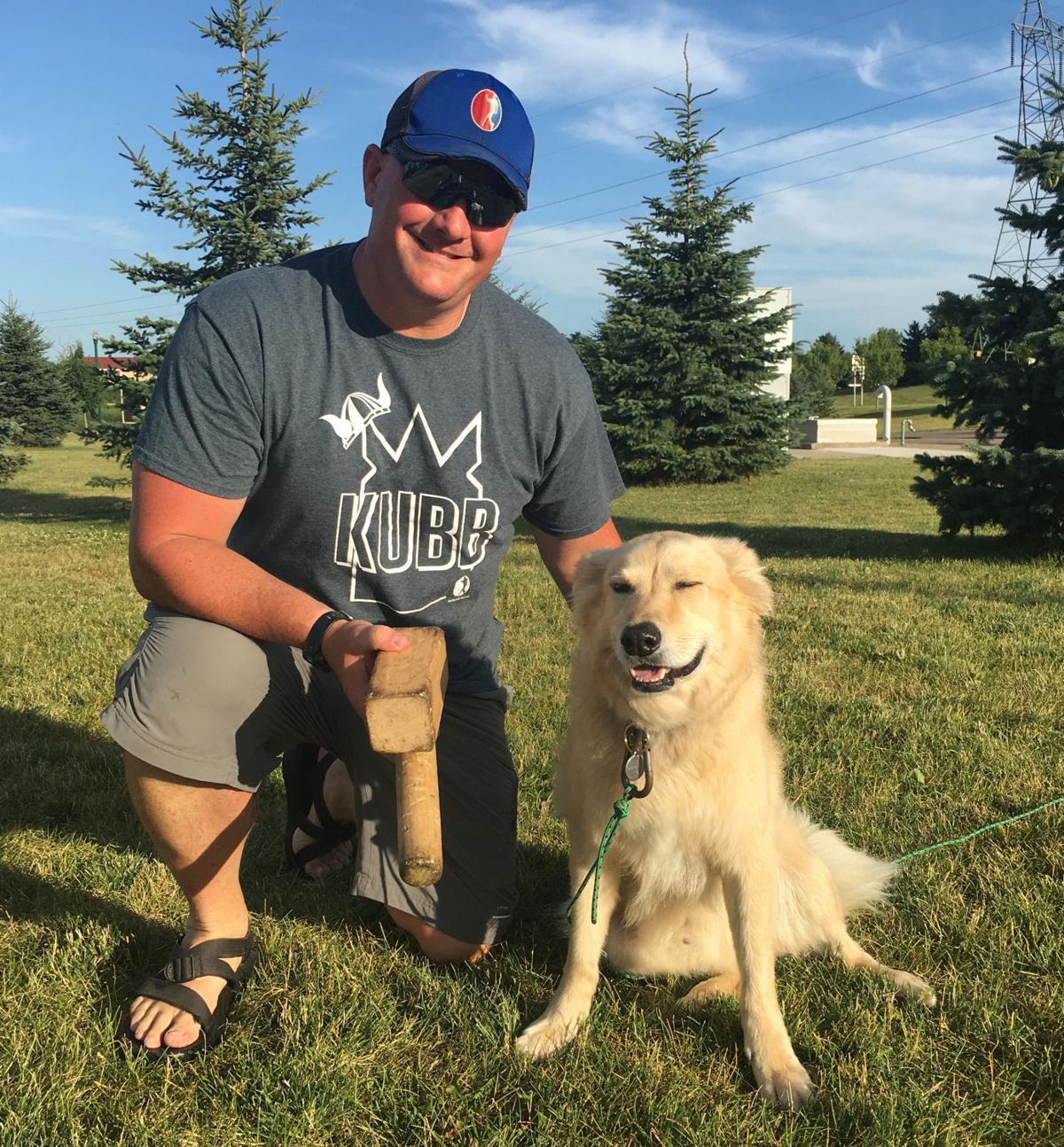 Larson and his golden-mutt, Chance.

Kubb aficionado Jason Larson warms up for a throw.

Jason Larson prepares for set up of the kubb arena.

Larson and his golden-mutt, Chance.

It’s 5:30 a.m. and Jason Larson is in his backyard throwing.

Throwing kubb that is.

Larson tries to throw every morning before he heads to work as an assistant principal at Eagle Creek Elementary. Today is no different.

Kubb, pronounced "koob," is a Nordic lawn game. Larson, being almost 100 percent Scandinavian heritage, first heard about the game nine years ago and has been hooked ever since. Kubb can be played one-on-one, or up to the maximum of six-versus-six.

“Our first tournament was supposed to be a guys weekend. We had three guys and we went to a tournament. It was just a weekend to get away, and after that we were hooked and realized we could actually be pretty good at this,” Larson said.

The kubb arena is measured by the metric system, 8-by-5 meters, with six kubb blocks set evenly across opposite ends. Each team gets a total of six batons — otherwise known as kastpinnars — to throw at the opposing team’s blocks. Trading off turns each round, the last kubb block to hit is the King block that sits in the middle of the arena, with a king like crown on top of the block. Similar to the pool game "eight-ball," the king kubb cannot be knocked over until the rest are knocked down.

Larson’s love for the game shows. Community members will often find him on the field playing, listening to the Beastie Boys Pandora station — at least when there’s not kids around. Many pull over to ask what he’s doing. Something that Larson says happens all the time.

After building his own kubb tournament set, Larson received several requests to build more. This enticed Larson to start a side business, JP Backyard Games, where he builds his own kubb sets.

On a recent week, Larson sent out 15 tournament sets, as far away as Connecticut. Larson sells tournament sets between $45 and $80, depending on the type of wood he uses. His fame and craftsmanship became so widespread that he was even approached to become the national tournament kubb set guy.

It’s 6 p.m. on a still sunny Wednesday in a local park and the Chaska Kubb team starts throwing on the baseball field. Larson predicts he spends four to five hours everyday working with kubb -- either building tournament sets or practicing.

The team chooses a field to simulate the grass that they will play on in an upcoming tournament. It isn’t until midnight that group leaves. They’re preparing for nationals.

The team headed to a national tournament in Eau Claire, Wis. in early July to compete, earning fifth place out of 128 teams. Eau Claire isn’t the farthest Larson and his teammates will travel. The team is headed to Sweden for the Kubb World Championships the first weekend of August.

"In the last year or so we’ve really put a lot of time in it,” Larson said. “And that’s why we think we got a shot of doing pretty well at the World tournament.”

Although Larson is a serious kubb player, he does it strictly for the love of the game and is welcoming to anyone who wants to join in on the fun. Showing new people how to play and seeing a smile on their face is Larson’s favorite part of the game.

To Larson, kubb is more than a game/hobby/business. It’s allowed him to develop many friendships from his interactions from other kubb players and interested parties. Larson is looking forward to meeting up with a Sweden friend at the World tournament, whom he has been actively been connecting with on Facebook.

While there are many ways to enjoy the game, Larson says Kubb is better with music and a drink in his hand. Just like in the game of Kubb there’s a king, in Chaska that’s Jason Larson.

Beret Leone, a Chaska High School graduate and Bethel University journalism major, is an intern with the Chaska Herald this summer.