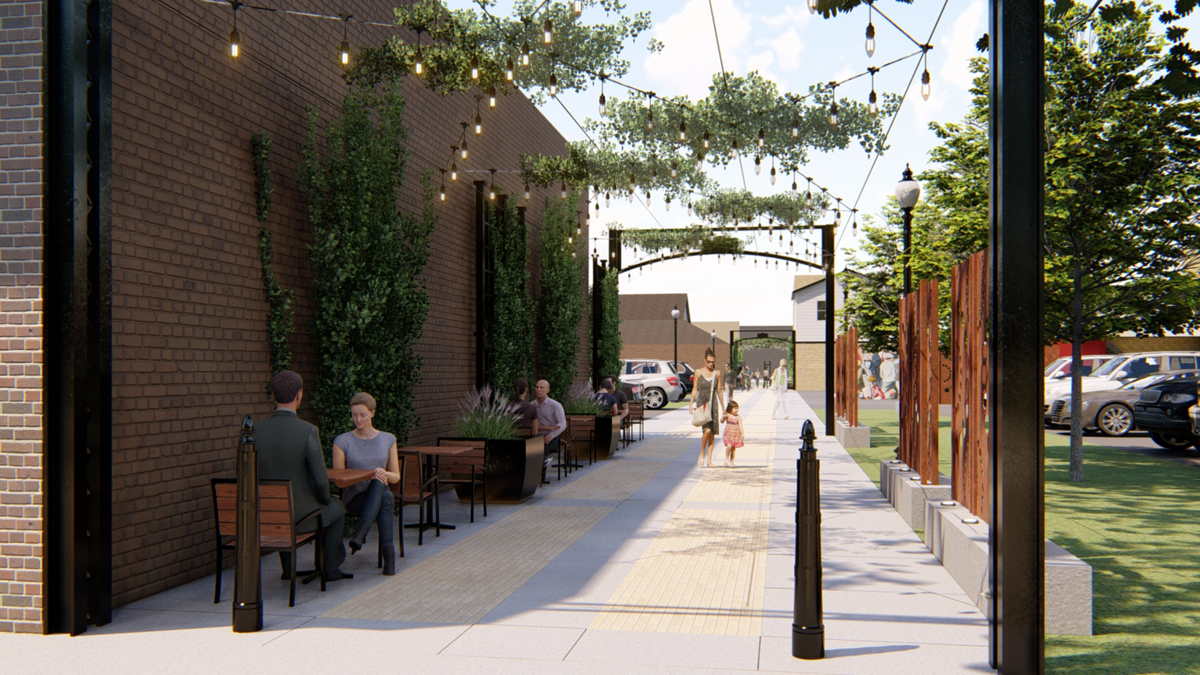 A rendering photo depicts a possible paseo, or walking path — one of several that could make downtown Chaska easier for pedestrians to get around. 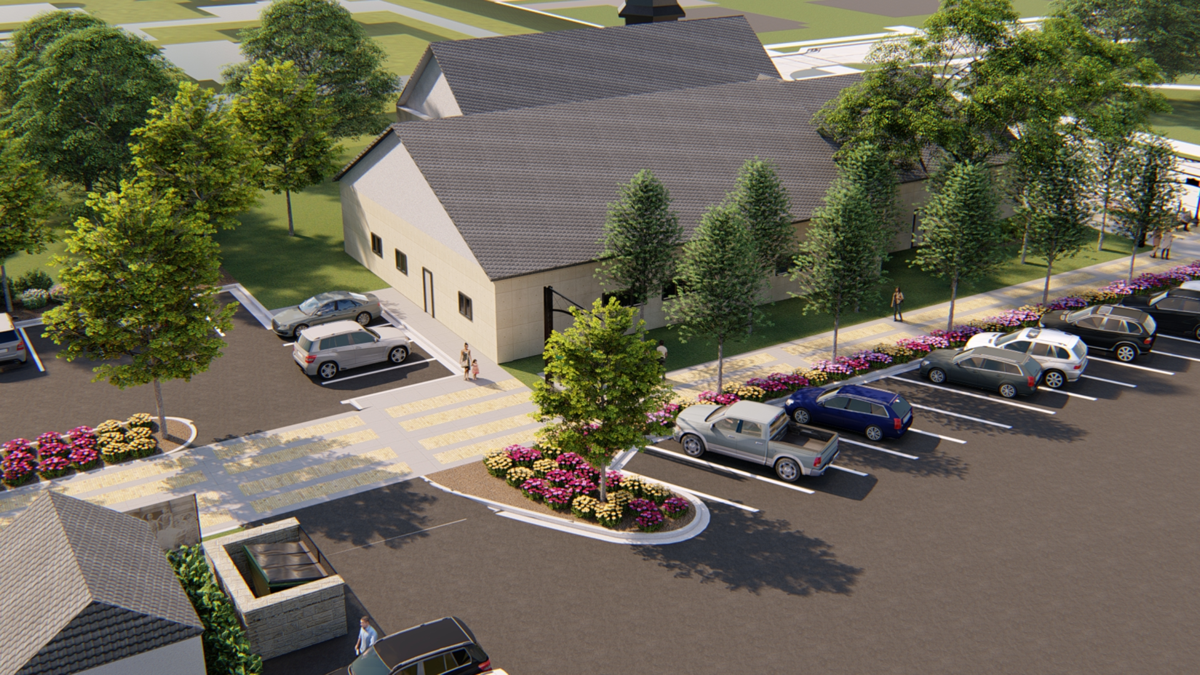 More parking, landscaping, and a paseo (a walking boulevard) could soon surround the Chaska Moravian Church as details are fleshed out on Highway 41 redevelopment. 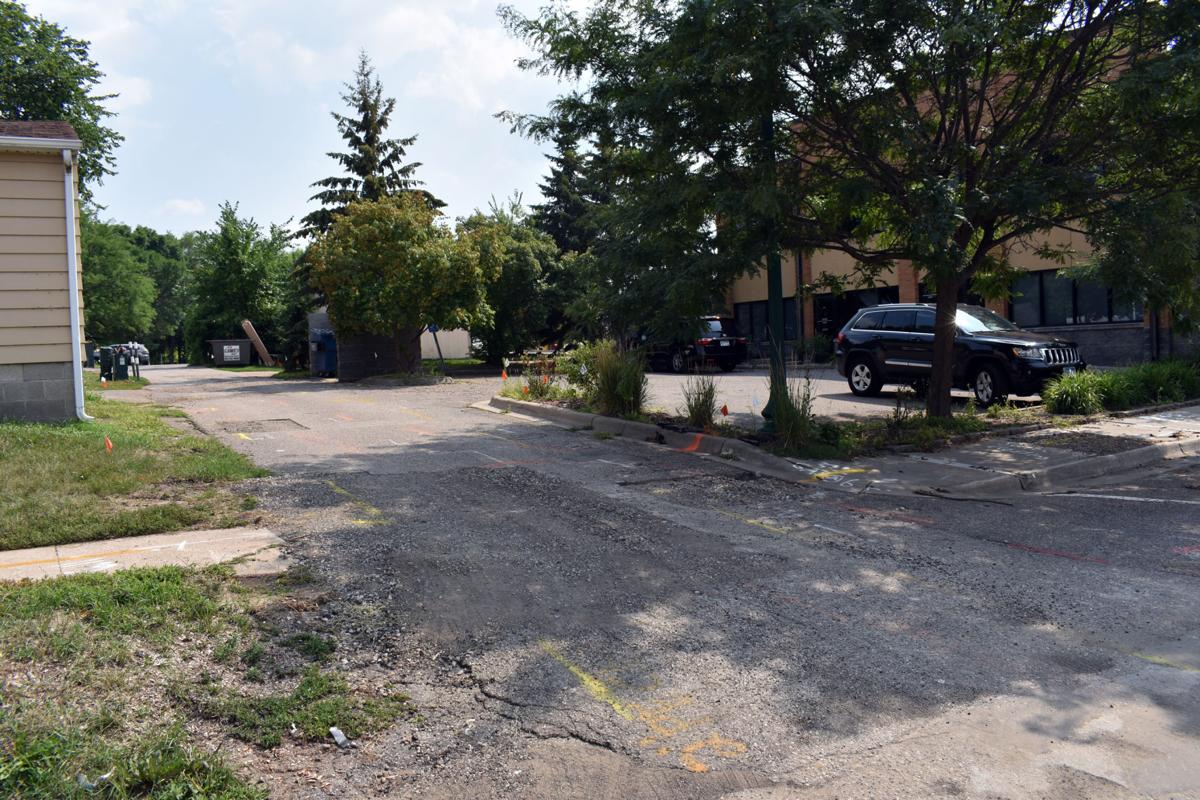 An existing alley and Wells Fargo parking lot could turn into a paseo that runs northeast between Fifth and Fourth streets in downtown Chaska. 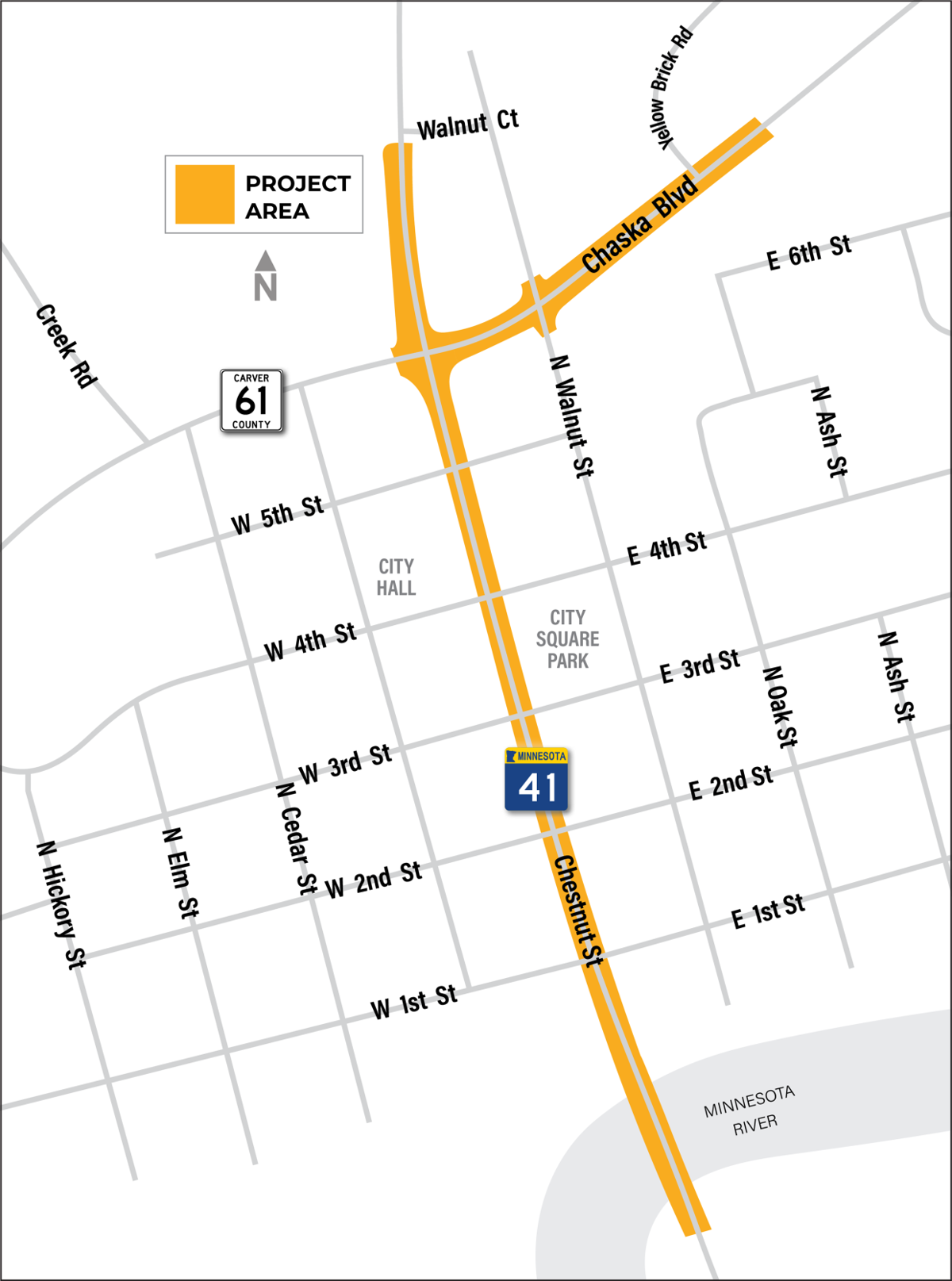 A rendering photo depicts a possible paseo, or walking path — one of several that could make downtown Chaska easier for pedestrians to get around.

More parking, landscaping, and a paseo (a walking boulevard) could soon surround the Chaska Moravian Church as details are fleshed out on Highway 41 redevelopment.

An existing alley and Wells Fargo parking lot could turn into a paseo that runs northeast between Fifth and Fourth streets in downtown Chaska.

“Flow” and “movement” are what Angie Bersaw, Bolton & Menk principal transportation planner, thinks upcoming road reconstruction will bring to downtown Chaska over the next few years.

At a July 14 update meeting, project leaders gave more details on concept plans, parking lots, and a construction timeline for a Highway 41 and Highway 61 revamp.

It’s all part of the Chaska Downtown Highway 41 Project, brainstormed over half a decade ago. It would remove one north and south through-lane in downtown and replace them with turning lanes; install new traffic light signals; create a pedestrian tunnel under Highway 41; improve sidewalks; and add parking lots.

Construction is slated for 2022 and 2023. Here’s where the team — including representatives from the city of Chaska, Carver County, Minnesota Department of Transportation, and Bolton & Menk — is at now.

Project staff are still working through the final design. But what is clear is they plan to reconstruct Chaska Boulevard in 2022, then start work on Highway 41 in 2023.

The plan has been discussed before, but is closer to reality now that the total $24.5 million in funding is secured, according to Assistant City Administrator Nate Kabat.

Up first are parking lot additions.

The first is north of City Square Park where an alley and some parking currently sit. It would border Wells Fargo, Red Bench Bakery and the Chaska Moravian Church.

One home would be demolished during the process, said President Paul Paige with HKGI, a landscape and planning architecture firm.

An important part of the plan is the addition of paseos, essentially widened sidewalks acting as pedestrian thoroughfares.

“(We’re) kind of reviving that alley idea, creating a corridor that functions both to move people and cars,” Paige said, at the meeting. “It will focus more on being a people place.”

The idea is to frame the paseos with an arch, dotting the path with local art or historical signs to make it obvious cars can’t drive there. Think: string lights, kiosks and outside seating. One could even be built on the west side of Highway 41, pending further consideration.

The second lot is proposed just south of City Square Park, accommodating for that misplaced parking from the first lot.

“This one’s a little … easier to picture because there’s an existing alley between Third (Street) and Second (Street),” Paige said.

The vision there? To allow for better flow for cars, business-goers, and emergency vehicles.

Other road specifics will be set in the months to come.

By August, developers are hoping to solidify the project’s general concept. Between September 2021 and January 2022, after securing a bid, they want to develop construction plans, according to Nicole Krause, communications specialist at Bolton & Menk.

The next project would likely run from spring to fall 2023: constructing Highway 41, and completing the trail and tunnel between Fifth Street and Chaska Boulevard.

“Construction is over two years, so it’s not as impactful (with road closures) all at once,” Krause said at the meeting.

Kabat said 2022 should be the year for prepping design for the library. Once the library moves to a different location, the City Hall would likely rework that space. Kabat said the city is also looking into police station changes — “It’s probably a third of the size it should be,” he said.

People can ask developers questions at River City Days and Taste of Chaska booths, as well as an Aug. 18 open house at City Square Park.

Find detailed plans, check out photos and sign up for updates at www.highway4161.com