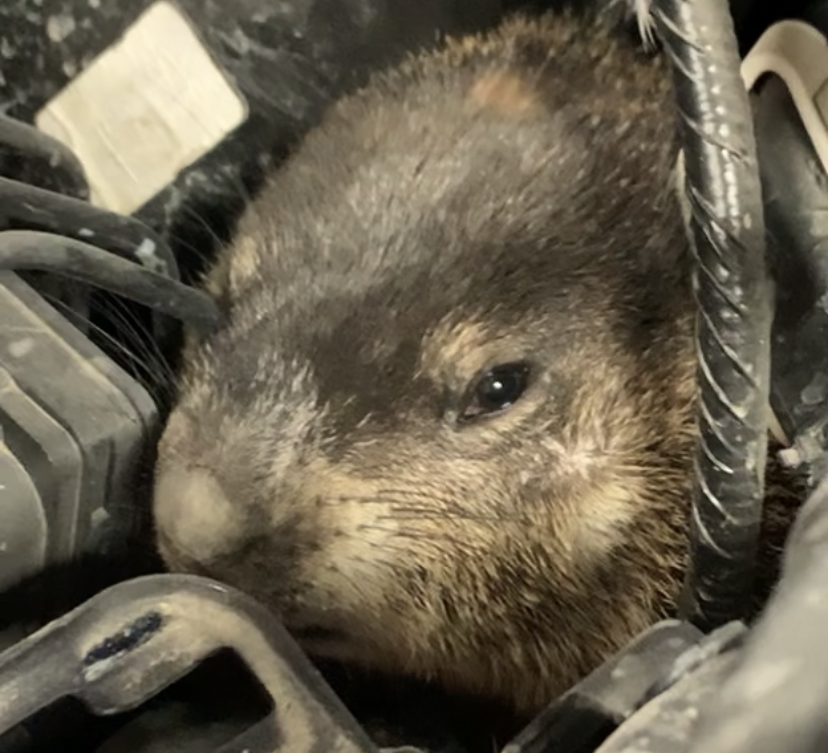 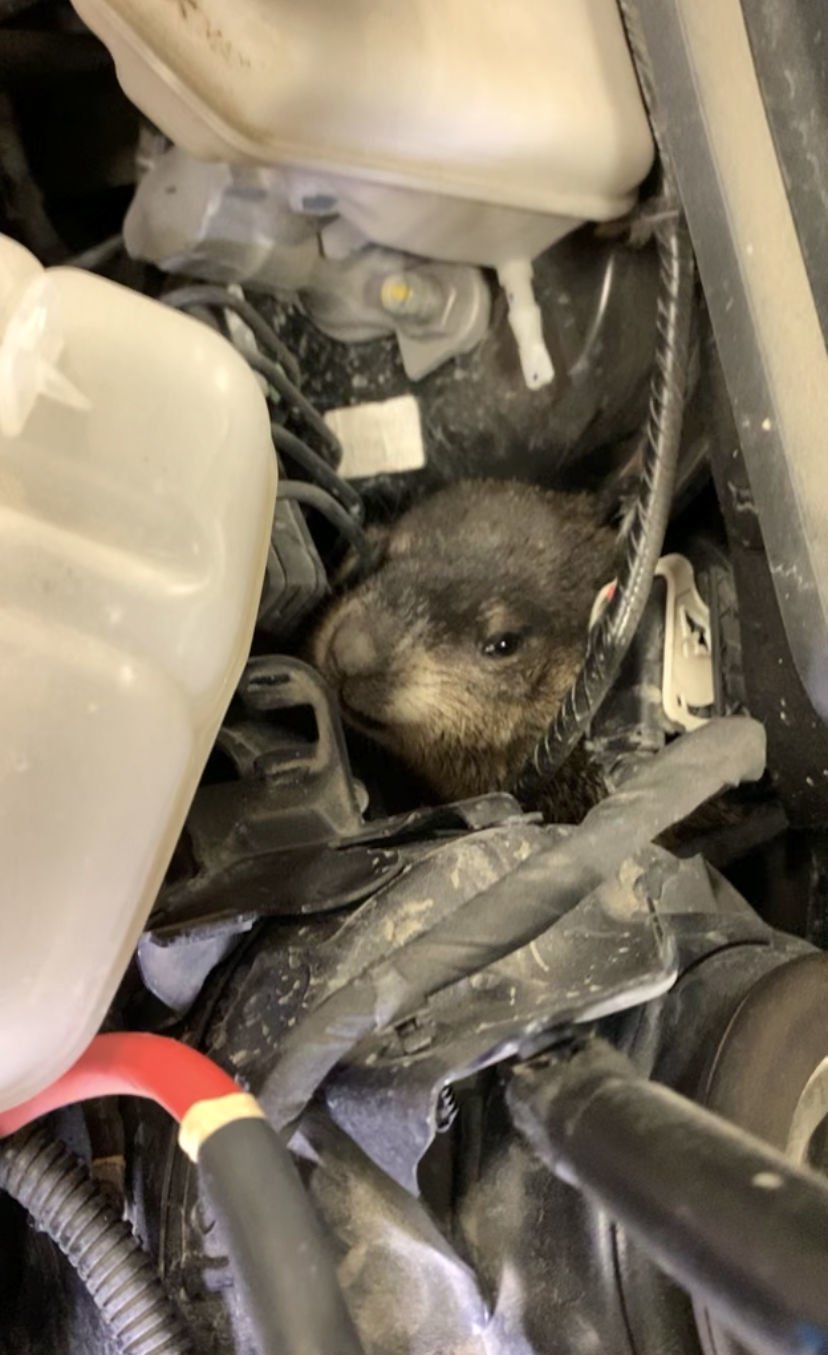 Davis Chevrolet encountered a unique mechanical issue, in the form of a woodchuck. 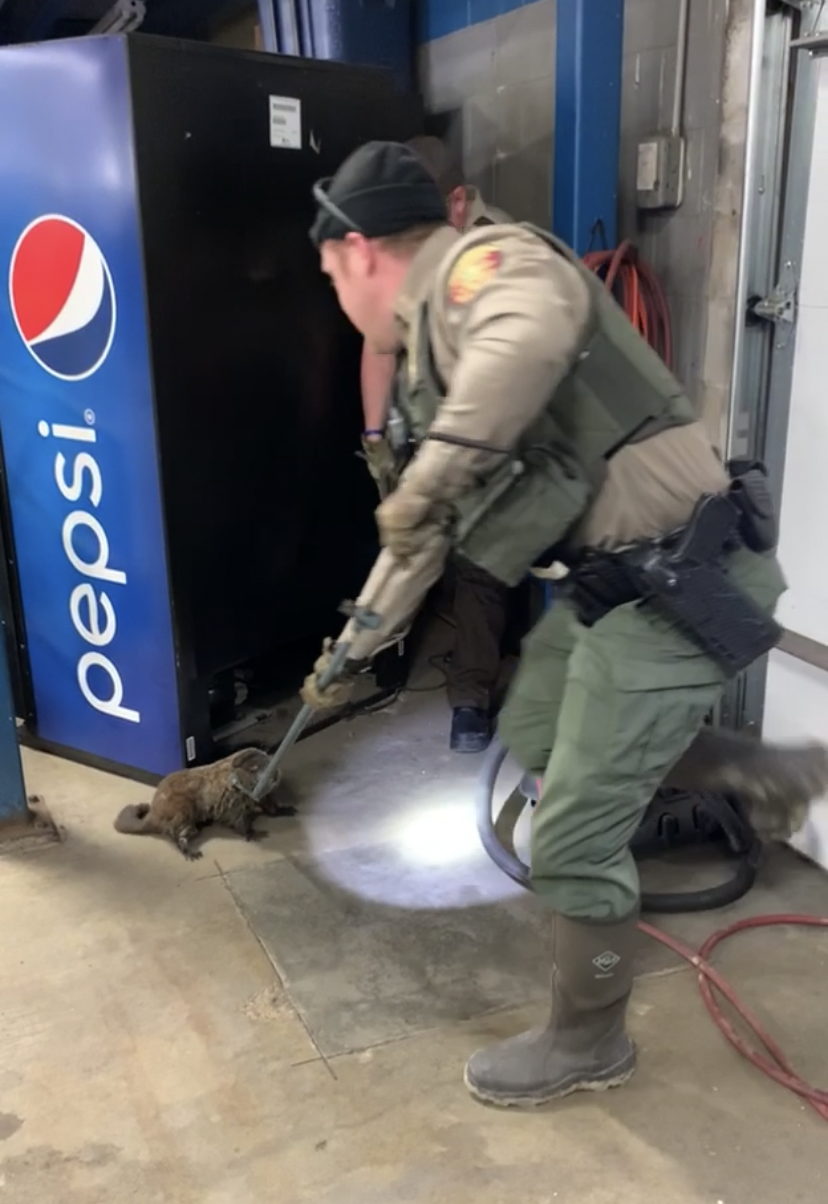 Davis Chevrolet encountered a unique mechanical issue, in the form of a woodchuck.

A Delano car dealership encountered a unique mechanical issue after a customer’s vehicle wouldn’t start and was towed in for service.

A woodchuck had made its home under the hood. And it didn't want to leave.

“Friday morning the technician begins diagnosis and sees an animal in there,” recalls Shannon Ritten, with Davis Chevrolet.

At first they thought it was a squirrel — the technician couldn’t see much of the critter, since it had tucked itself well into the machinery.

“Assuming it was dead, she continued to take things apart to get the animal out. After moving parts and pieces, the animal blinked!” Ritten said.

The dealership called the police. Then it called the veterinarian across the street to see if it had anything to sedate the animal. (It did not.)

“So one thing led to the next. We had a sheriff, state trooper, and the DNR all working together with our technician to get this animal out safely and alive,” Ritten said.

Minnesota Department of Natural Resources Officer Alexander Birdsall, stationed out of Waconia, arrived with his catch pole, “figuring it would be the best tool for the job.”

“The woodchuck had hunkered down and was holding onto wiring for dear life,” Birdsall recalled.

The officers got the woodchuck loose, but it slipped out of the catch pole loop and returned to the compartment, now upside down.

“We were able to get it to exit the compartment by the wheel. Unfortunately we were blocking its escape to the open doors, so it ran farther into the garage, only to find refuge in the bottom of a vending machine.”

The pop machine was pulled from the wall and Birdsall was able to capture the woodchuck.

A couple hours after discovering the animal, it was released into a wooded area behind the shop.

“Hopefully it learned its lesson,” Ritten said. “It definitely was the entertainment we needed here last week that’s for sure.”