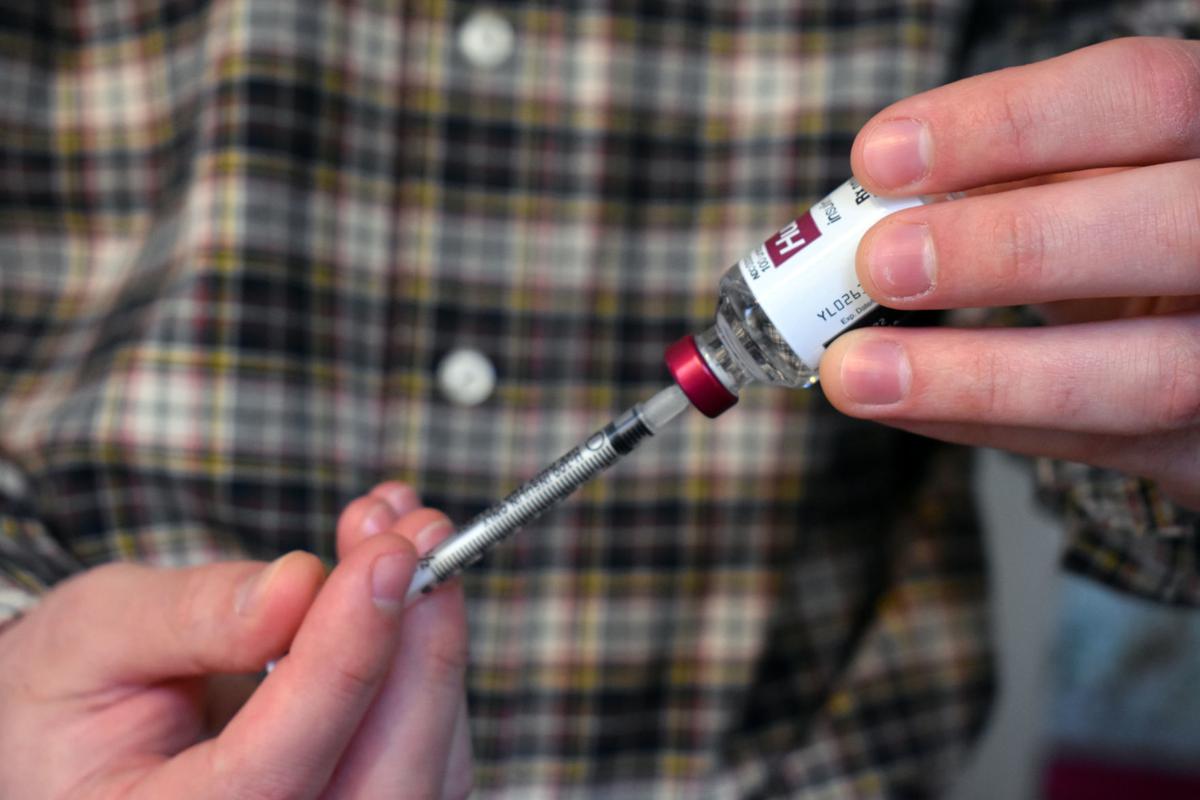 Short-acting insulin is filled into a syringe. 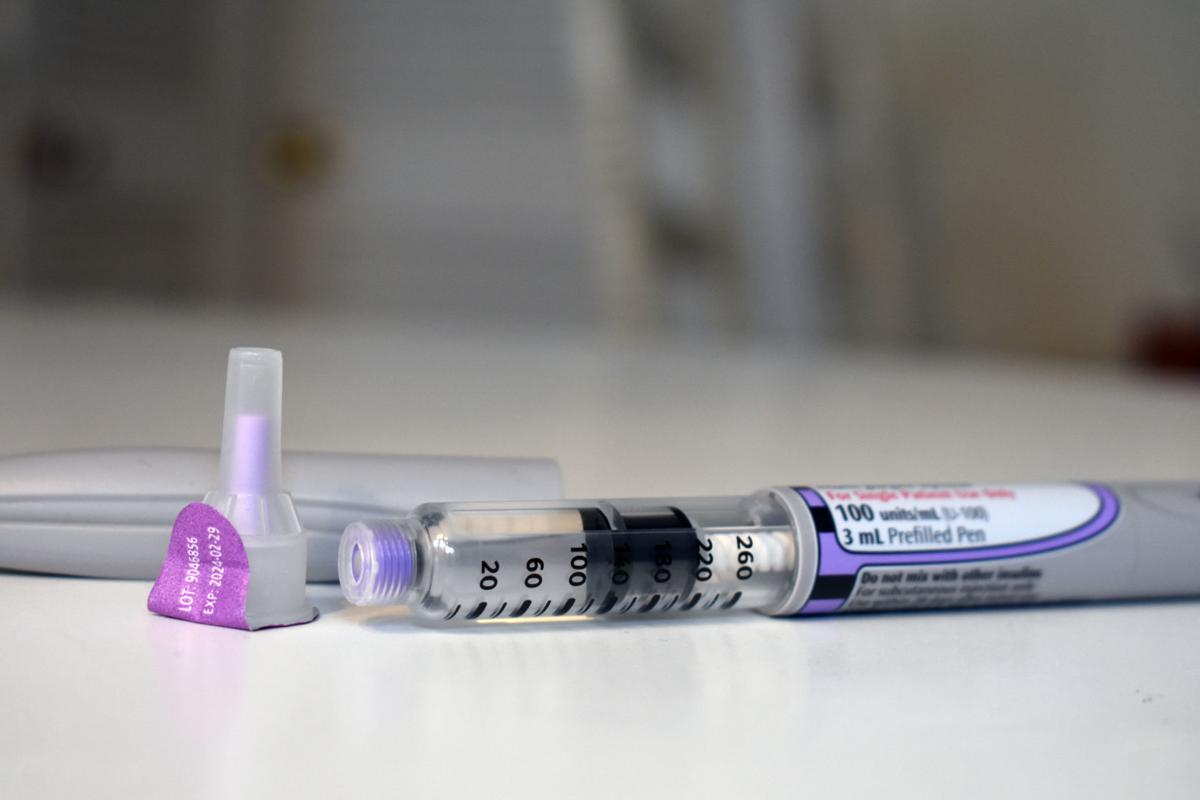 Short-acting insulin is filled into a syringe.

The Minnesota Legislature agreed on an insulin affordability program April 14 following months of deliberation between the Republican-controlled Senate and DFL-controlled House.

Democratic Gov. Tim Walz signed the Alec Smith Insulin Affordability Act into law the next day. It is meant to help diabetics access the necessary drug with fewer financial barriers.

BREAKING DOWN THE BILL

The first allows diabetics to “quite readily” get a 30-day insulin supply for $35 in emergency situations, Jensen said. People who are under-insured, without insurance, with high co-pays, or a Medicare beneficiary would qualify.

The bill’s second part is an ongoing program set to expire in 2024. It gives diabetics a $50 three-month supply if family income is at or less than 400% of federal poverty guidelines, depending on household size.

The bill would also connect diabetics with more choices for longer-term coverage, and notify young adults when they’d lose coverage under a parent’s insurance plan.

Price tags on insulin, a hormone that regulates blood sugar, can range from $400 to $800 per month, Jensen said.

Who should pay for the bill caused the most debate — House leaders pushed to charge drug manufacturers, while Senate leaders opposed the idea. In the end, Rep. Kelly Morrison (D-Deephaven) said the House and Senate met somewhere in the middle.

“It just reflects the nature of divided government,” she said. “To get things done, you’re going to have to find a political compromise and we were able to do that.”

The final bill asks drug manufacturers to reimburse pharmacies for the insulin cost. If they don’t, they’d be charged upward of $200,000 a month. After six months of noncompliance, that number raises to $400,000 and then $600,000 after a year.

“I am thrilled we got it done. It is not a perfect bill in my mind but it is a good bill,” Morrison said. “I think in this case, the ‘good’ can be ‘better.’ I’m pleased that we got it done.”

Almost three decades ago, Bailey Enna was diagnosed with type 1 diabetes. She used one word to describe her experience with insurance for diabetes care.

“A nightmare, to say the least,” said the Victoria claims manager.

Even with the Blue Cross Blue Shield insurance she’s had for four years, she said she pays around $500 a month for insulin. Luckily, supplies like her insulin pump are covered.

“I’ve had times where I haven’t been able to get insulin and have landed in the hospital,” Enna said.

For those who aren’t well-versed in the diabetes world, Enna offered a metaphor of how high insulin prices have become in recent years.

In the scenario, someone goes to the grocery store regularly to buy 50¢ eggs.

“They keep going, week after week. All of a sudden, in three years eggs are now $500. But it’s a vital thing you need for making bread or pasta or ... anything else you could need,” she said.

‘THEY CAN’T LIVE without IT’

Enna said she would qualify for the bill’s longer-term income-based help. To her, it’s vital.

“It’s something that we need to live and it doesn’t affect just them, the people that take this insulin. They have brothers, they have sisters, they have mothers, dads and grandparents, and they have children. Where would they be if they didn’t get this insulin?” Enna asked.

“They’d be in the ground and it would affect more than just those people.”

Both Sen. Jensen and Rep. Morrison realize the severity, too.

“People with diabetes need insulin like they need air or water. They can’t live without it,” Morrison said.

Alec Smith, whose name appeared in the bill, died in 2017 after rationing insulin when he aged off his parents’ insurance plan and couldn’t afford the drug. Lawmakers said Smith’s mother, Nicole Smith-Holt, took the lead on the bill.

Morrison said she has awe and admiration for Nicole, who she called the “driving force” in making the bill a reality. She said advocates in the diabetes community “worked tirelessly” to educate legislators and the public about insulin affordability.

“They were relentless and they were joyful and I’m incredibly grateful to them,” Morrison said. “I’m proud that Alec Smith — that his legacy is enshrined in this bill.”

Both lawmakers said they see the bill as a potential example for other states to follow suit. Jensen said it could even pave the way for other vital, but expensive drugs, like EpiPens.

“I think this is a strong, bold first step,” Jensen said. “This is going to be nation-leading legislation. They’ll probably try to do exactly what we did.”

Enna said she’s grateful the bill would make things cheaper, for both her and other insulin-dependent people across the state.

“This is something that at least we’re getting some groundwork laid out for future diabetics, or anyone (who), God forbid, ends up with this disease needing insulin,” she said.