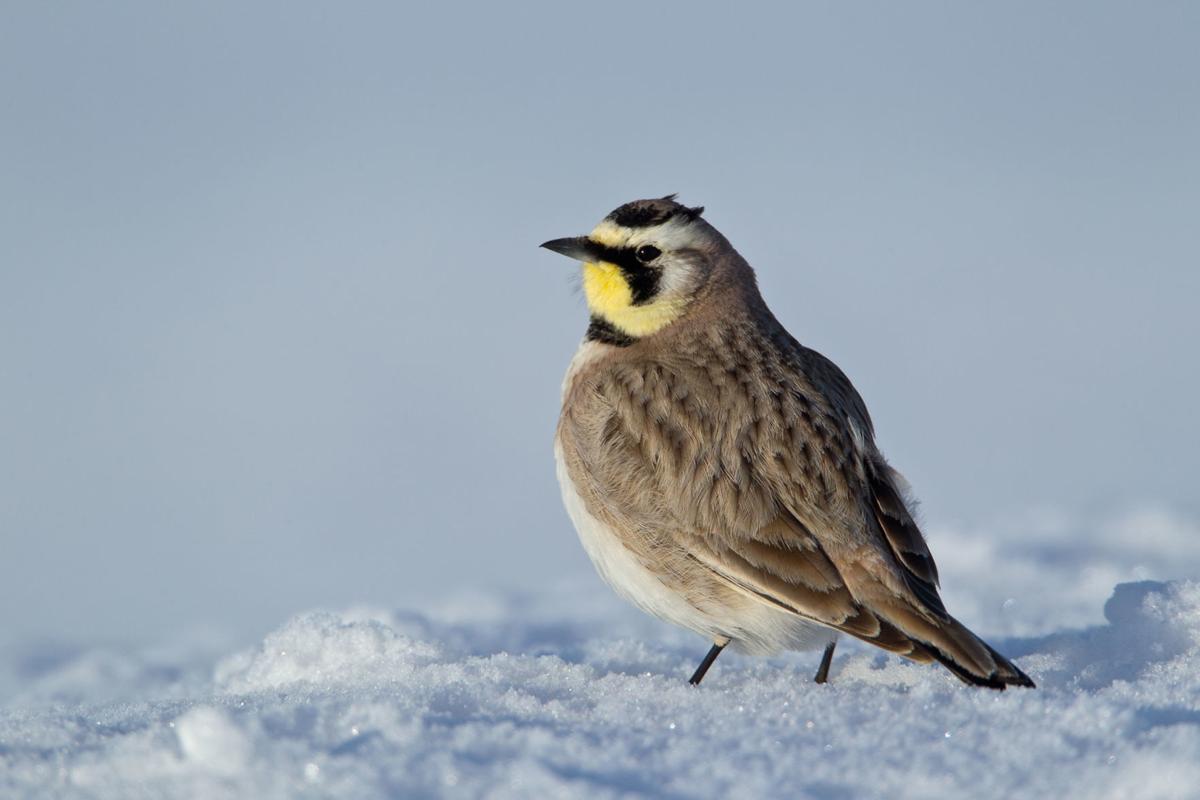 Horned larks are some of the first migrating birds to return in spring.

At this time of year there are so many signs of spring. Even though the calendar says it’s still winter, and many parts of the country are still covered with a thick blanket of snow, there are signs of spring all over the place.

Let’s start by looking at the birds. They are often the first glimmer of hope that spring is coming.

The black-capped chickadee, a tiny happy-go-lucky, black and white bird, is singing its springtime call. It’s often a two- and sometimes a three-note song that, once you hear it, you will never forget it. The two-note call sounds like the bird is saying “springtime.” These small songbirds will often nest early and so the males are singing their songs to attract a mate.

The red-bellied woodpecker has become a very common woodpecker throughout the eastern half of the country in recent years. This large, nearly 10-inch-tall bird sits in the higher branches of trees and sounds off with a loud “churr-churr” call. This is how the male red-belly claims his territory and attracts a mate.

The king of early spring bird song is the northern cardinal. Even when the ground is blanketed with snow and everything is frozen solid, the cardinal can be found perched at the top of a tree on a bright sunny winter morning, singing its heart out. What’s interesting about the northern cardinal song is, both the male and female will sing. Here in North America, overwhelmingly the males are the songsters and females are silent. However, in other places, such as the tropics, just as many females sing as do males. Why this is the case, no one seems to know.

Not only birds are exhibiting spring-like behaviors, some mammals are also. Gray squirrels are often seen engaged in high-speed chases across the ground, streaking up tree trunks and zipping across thin branches. This is another sure sign of spring. This chasing behavior is classic mating behavior with multiple males chasing females for a mating opportunity.

Migration is often the hallmark of spring. Horned larks, medium-size birds of open country, are some of the first migrating birds to return in spring. Drive along any rural road at this time of year and you can see flocks of these birds. They are looking for seeds and early flying insects along the roads where the ground is exposed. This is definitely a sure sign of spring no matter where you live.

February is the breeding season for foxes, coyote and wolves. So, for these species spring has already sprung, and the mating season is winding down and coming to a close. The females will be heading for dens, which in many parts of the country needed to be dug last fall because the ground is still frozen solid.

In many parts of the country, bald eagles are already sitting on eggs in their nests. However not all bald eagles get early starts. Some will only be mating in March and won’t lay eggs until April.

The earliest nesting bird in the U.S. is the great horned owl. All over the country they are choosing a mate in December and January and are usually sitting on eggs in February. They sit on their eggs for 30 days and will hatch anywhere from one to three or sometimes four young owlets.

One last sure sign of spring is the sap is running in the maple trees. March is the time to tap your sugar maple, silver maple and other members of the maple family for the sap. The sap runs when the nighttime temperatures fall below freezing and the daytime temperatures rise above freezing. The clear, water-like sap is collected and boiled down to the tasty maple syrup. It takes about 40 gallons of sap to make one gallon of syrup.