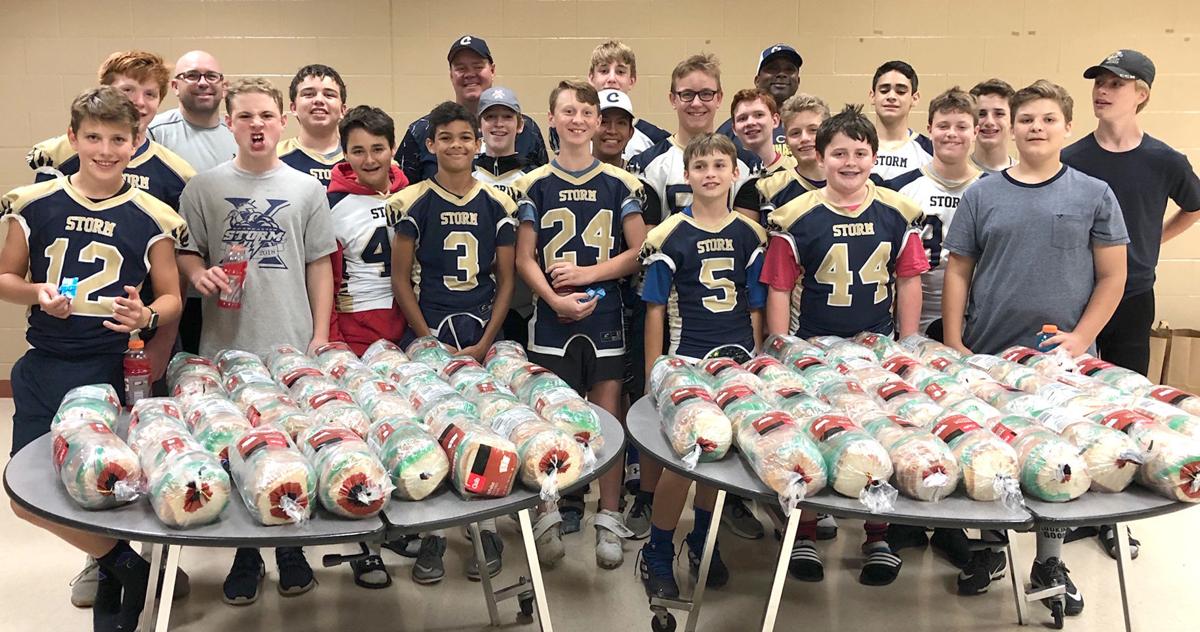 That’s what 700 sandwiches looks like. The Chanhassen Eighth Grade White football team prepared them for the “Sandwich Project,” a way to show the players how to give back to the community. 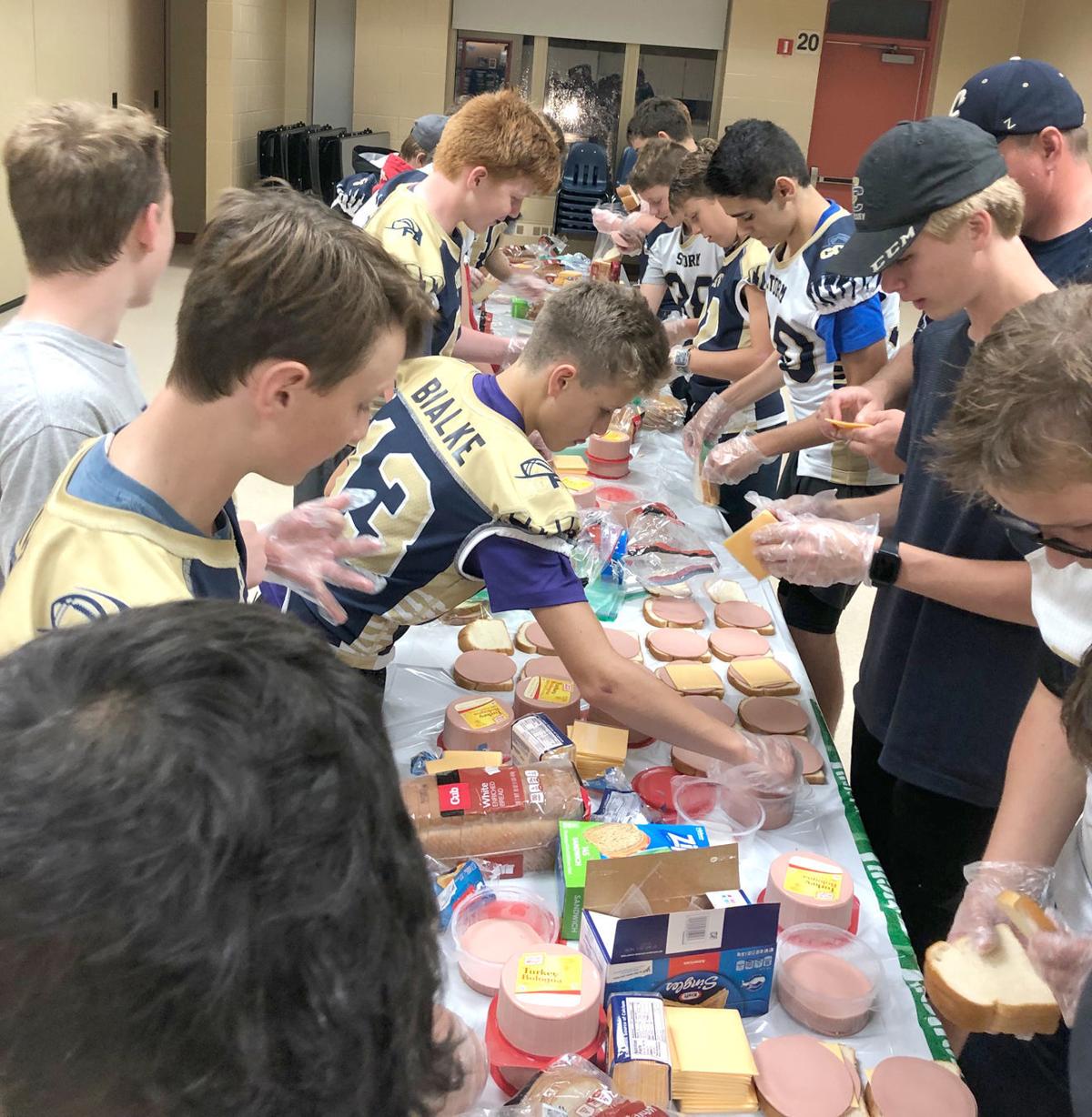 Seven hundred sandwiches were made by the Chanhassen Eighth Grade White football team for the “Sandwich Project” on Sept. 30. 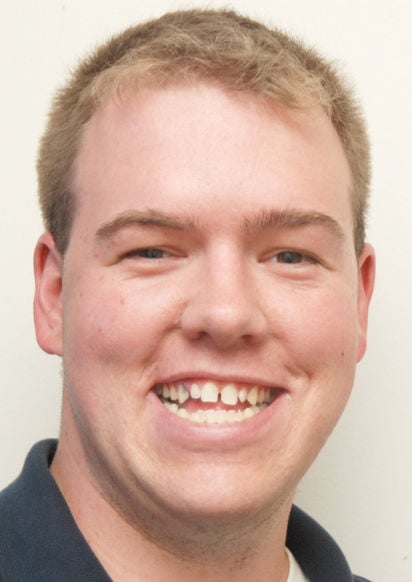 That’s what 700 sandwiches looks like. The Chanhassen Eighth Grade White football team prepared them for the “Sandwich Project,” a way to show the players how to give back to the community.

Seven hundred sandwiches were made by the Chanhassen Eighth Grade White football team for the “Sandwich Project” on Sept. 30.

Youth and high school sports are more than wins and losses, the final on the scoreboard. In fact it's the times off the field or off the court that define the true impact of team sports.

The friendships. The bonding. The lessons.

For Tony Williams of Victoria, a coach with Chanhassen Football for the last 16 years, the lesson he's tried to leave with his players is one of helping others.

"Every year as a coach I take pride and comfort that I can help lead young men to do something that is bigger than themselves. Something they can hold on to and remember for the rest of their lives hopefully. Living here in Chanhassen-Victoria are many affluent families and with that sometimes our kids in the community do not see a lot of the reality of how unfortunate families have to live everyday," Williams said.

Williams continued the tradition of his Chanhassen Football team participating in the "Sandwich Project."

Most years the team has come together and put together sandwiches for those in need. Williams hoped it made the boys feel good about what they have just done, but also help them to understand how lucky most of them are.

This year being his last season as a youth football coach, the youngest of his four sons moving into the high school program next year, Williams wanted to do something bigger.

Williams tasked his team with making quadruple the normal amount, or about 700 sandwiches. On Sept. 30 at the Chanhassen Rec Center, the Chanhassen Eighth Grade White team did just that.

The answers made Williams one proud coach.

Katie Ashpole’s second goal with less than four minutes remaining in the game put the Gustavus Adolphus College women’s soccer team on top of Saint Mary’s 2-1 for the first win of the season.

Ashpole, a junior from Chaska, has scored four of the Gusties' eight goals this season. She also leads the team with 12 shots on goal.

Ashpole has eight career goals in three seasons at the St. Peter college.

In June, the Minnesota State High School League added a third class to cross country and soccer and a fourth class to volleyball, starting in the 2021-2022 season.

On Oct. 3, another sport, track and field, was approved with a third class. As part of the approved motion, the Minnesota Track Coaches Association will work with League Staff to create an appropriate split of classes. The three-class system will be implemented in the Spring of 2022.

Shani Marks Johnson was named head track and field coach for the 2020 spring season for Southwest Christian. Johnson has been an assistant/hurdles coach for the Stars since 2017.

A standout athlete at the University of Minnesota, Marks Johnson qualified for the Olympic Games in the triple jump by winning the U.S. Olympic Trials with a career best and Hayward Field record of 47 feet, 2 1/4 inches in 2008. She went on to finish 28th in Beijing.

Marks is one of three Olympians ever to come out of the Minnesota track and field program. She is the only Golden Gopher track and field athlete to compete for Team USA in the Olympic Games.

Other new area coaches are:

Mau has been coaching for more than 25 years. He led Forest Lake to five consecutive Section 7AA titles. Previously he was head coach at Blaine High School from 2004 to 2010 where they won the program's first section title in 20 years in 2006.

His visit included a stop at Pioneer Ridge Middle School to wish one of his biggest fans, Evan Connolly, a happy birthday.

"He is awesome & my new best friend. Thank you, Frank!," said Connolly on Twitter.

Also in town was former Chaska Hawks ace Brad Hand, a three-time Major League Baseball All-Star. Hand was on hand for induction into the Chaska High School Hall of Fame.

Hand is the closer for the Cleveland Indians.

"Getting inducted into the hall of fame is pretty cool. It's obviously good to be back for sure," Hand said.