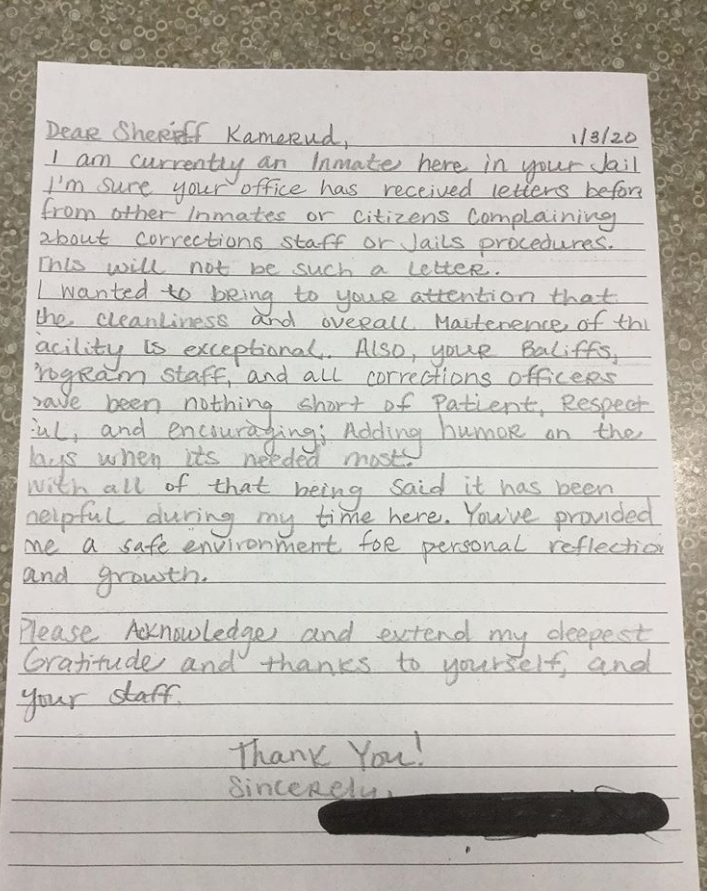 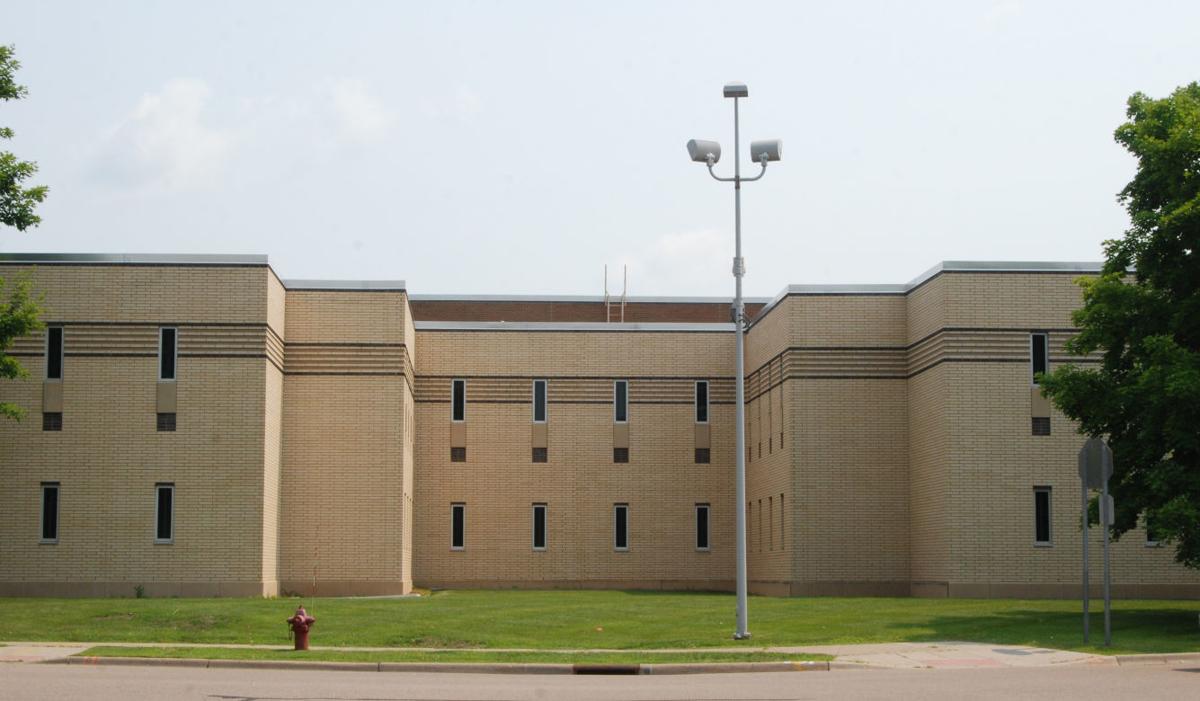 Sent on Friday and received at the start of the week, a special letter made its way to the Carver County Sheriff’s Office.

It was a simple piece of paper, written with pencil on a lined white sheet. It stated:

“Your baliffs [sic], program staff, and all corrections officers have been nothing short of patient, respectful, and encouraging; adding humor on the days when it’s needed most.”

It’s a thank-you letter Kamerud and the department received not just from anyone in the neighborhood, but from an inmate at the Carver County Jail. In it, the inmate extended gratitude for the facility’s environment, cleanliness and staff.

“For her to notice that and comment on it is pretty significant to us,” Kamerud said.

After working with the department for nearly 30 years, Kamerud said there’s been no shortage of thank-you notes for dispatch officers or patrol responses. But what struck him about this particular one was the return address — the detention center — and the message in it.

“It has been helpful during my time here,” the letter continued. “You’ve provided me a safe environment for personal reflection and growth.”

Kamerud said the letter is a testament to jail employees who come to work with a commitment to serve. Though the center is over two decades old, Kamerud said it’s well-maintained.

In an Instagram post featuring the letter, staff wrote the office’s mission statement is to “treat everyone with respect and dignity,” doing so with “honor, integrity and pride.”

Kamerud called the letter well-written and sincere with a dose of much-needed positivity.

“I think we have a lot of negativity going on right now and here’s something to offset that a little bit,” he said.

“It’s coming from an inmate in a jail, and jails are generally regarded as not good places to be and it is still a jail — but we try not to make it the worst experience ever.”

He said the department posted the letter to give staff well-deserved recognition.

“This is one of those things that I’m just very proud — of the employees and the service they provide, and the attitude they bring to the workplace every day,” he said. “I think the inmate’s letter kind of says it better than I could have.”