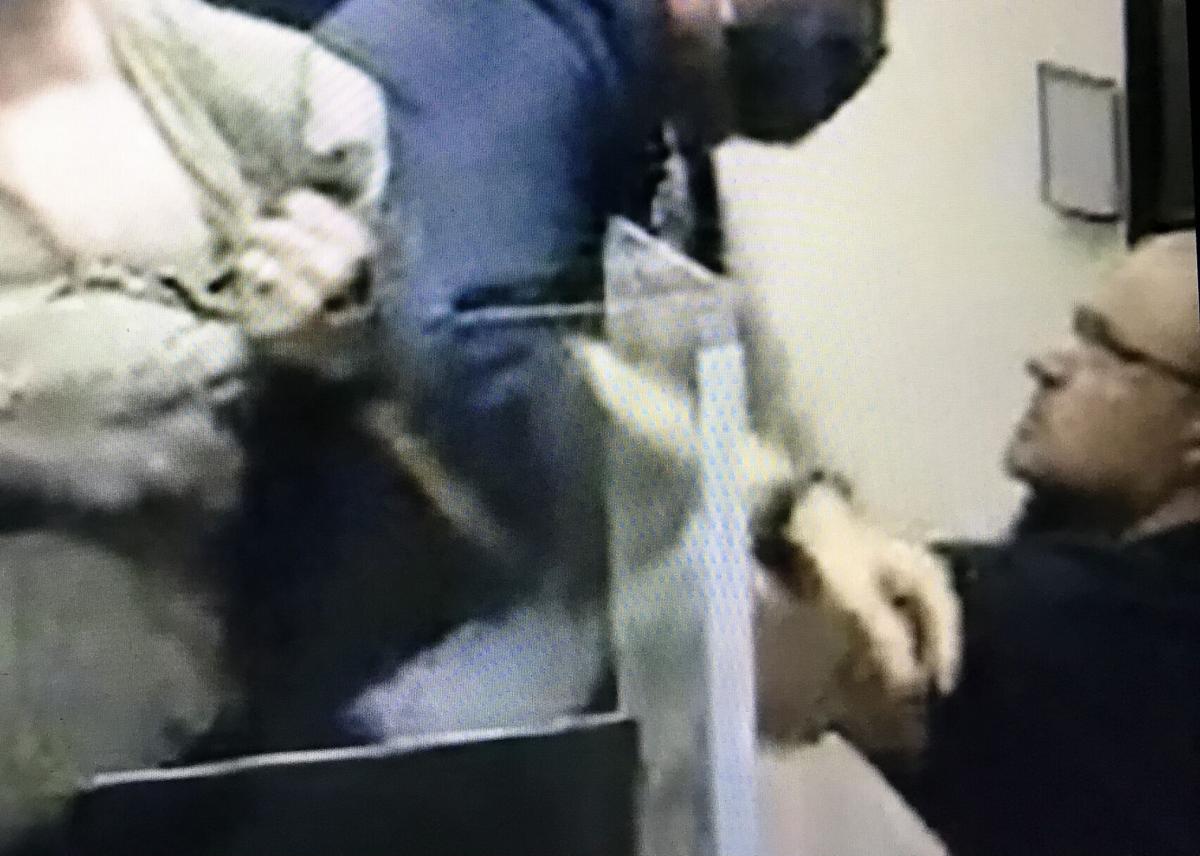 Thomas Kahlbaugh, bottom right, during an altercation at a school board meeting earlier this year. 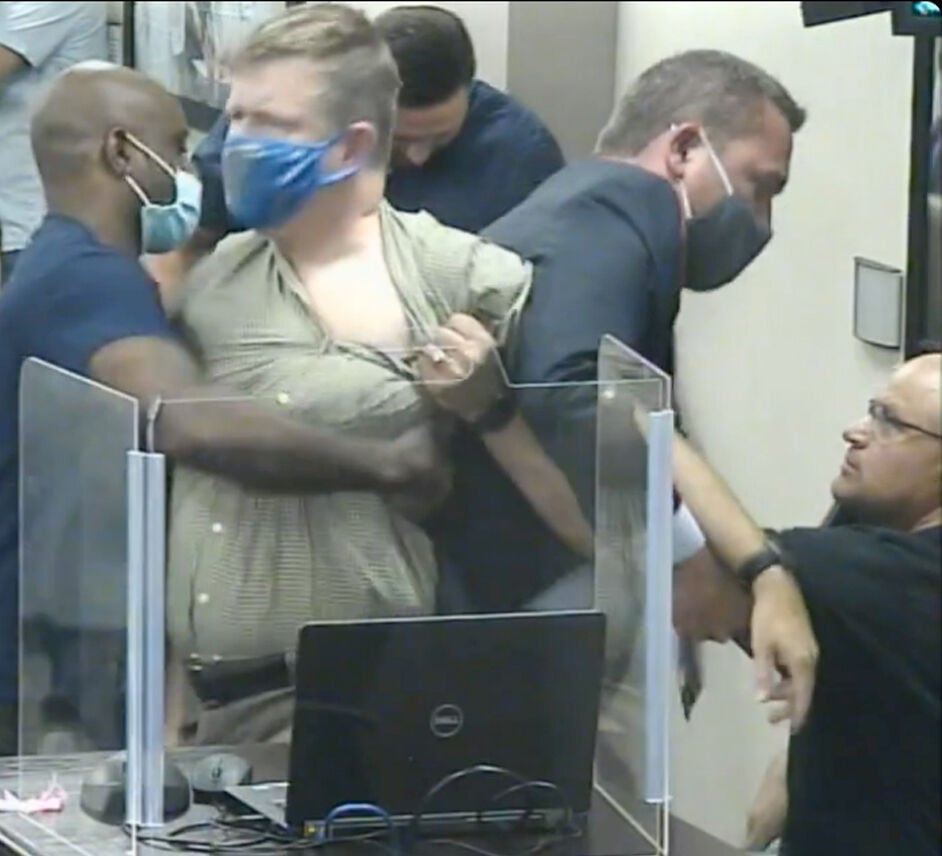 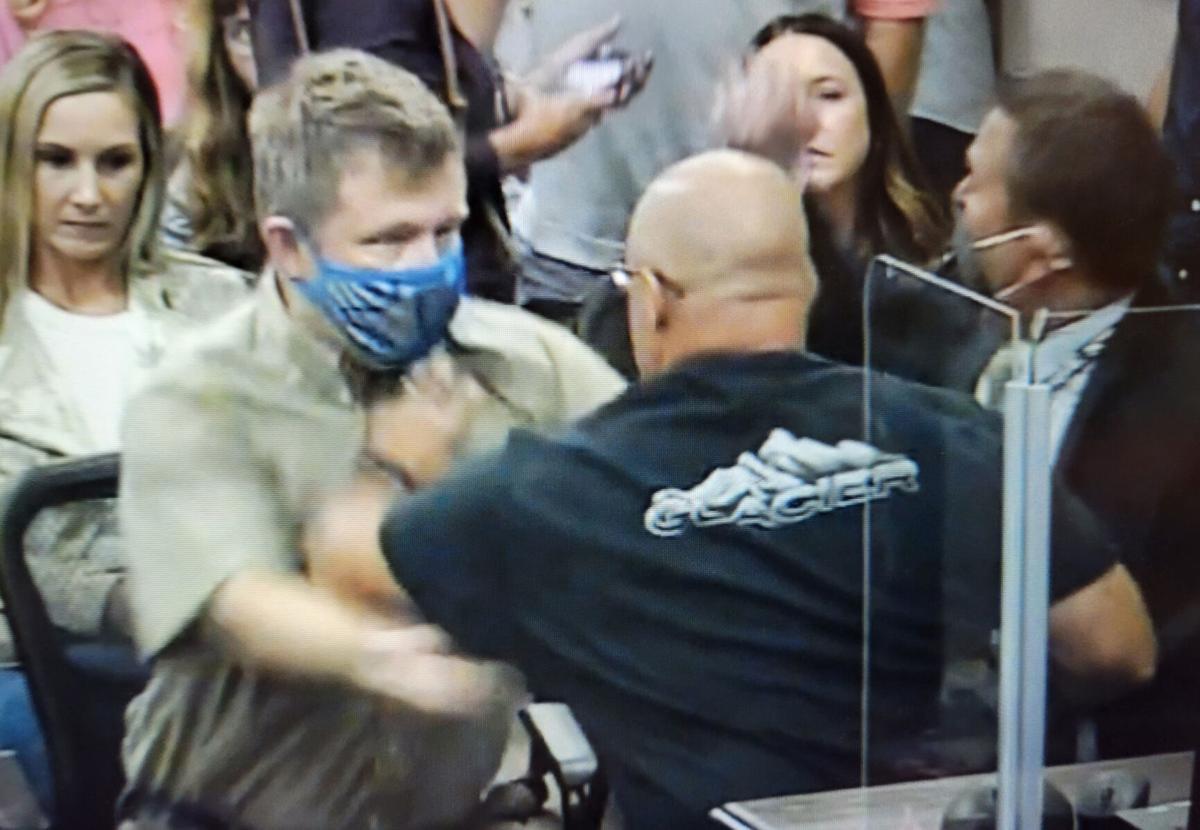 Charges were filed following an altercation at a Sept. 27 School Board meeting. 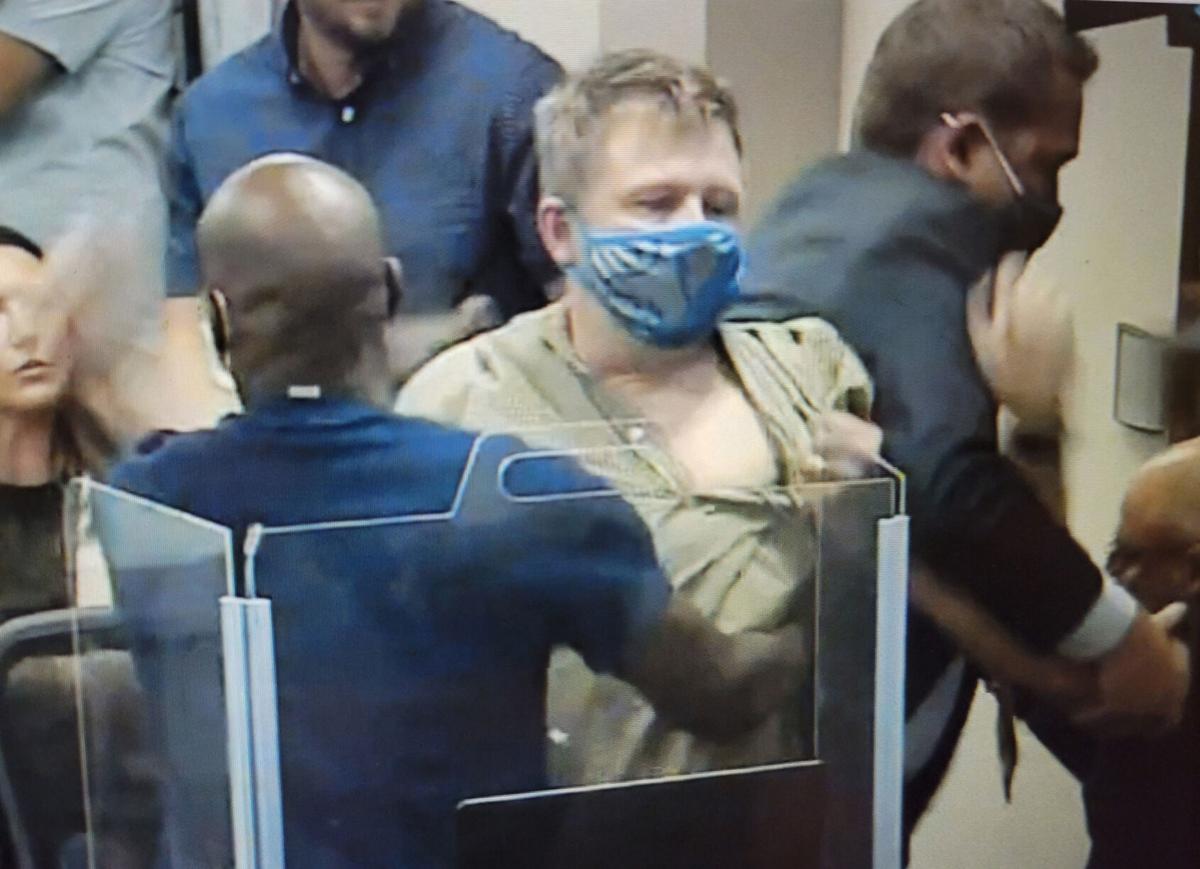 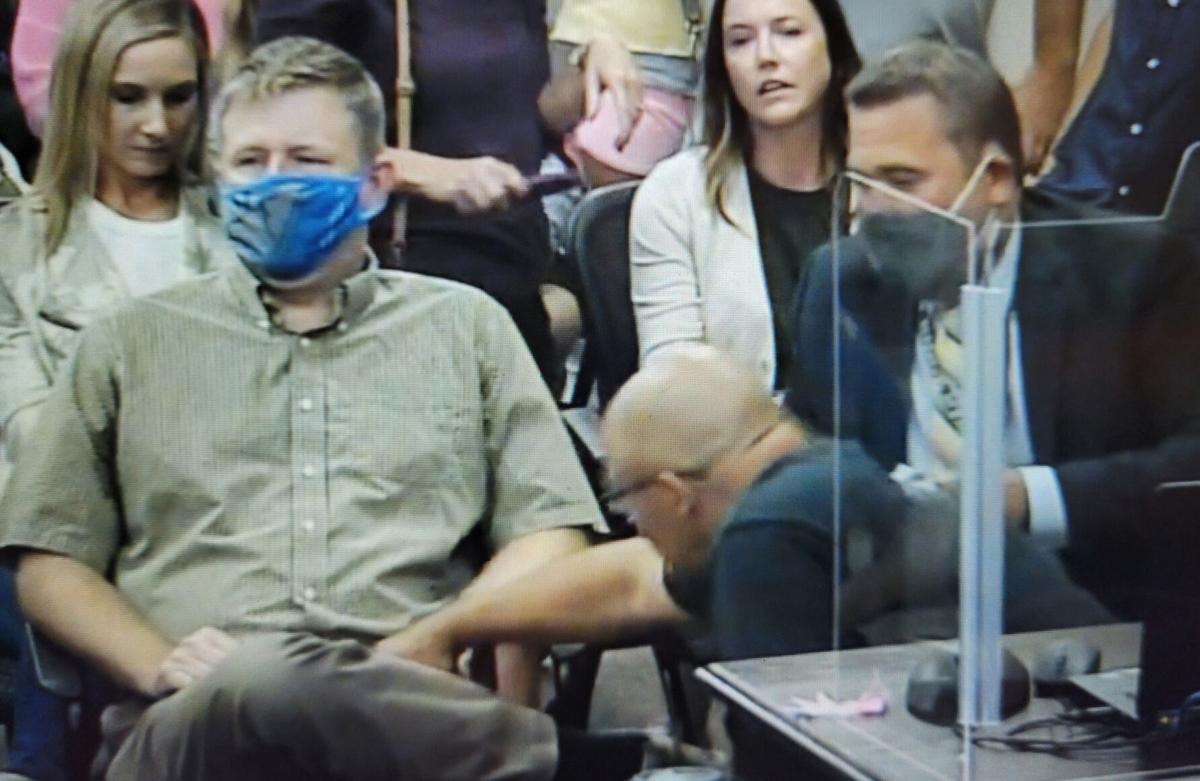 Thomas Kahlbaugh, bottom right, during an altercation at a school board meeting earlier this year.

Charges were filed following an altercation at a Sept. 27 School Board meeting.

Charges were filed following a Sept. 27 altercation between two men at an Eastern Carver County School Board public forum.

According to the complaint, during the mask mandate-related School Board meeting, alleged victim Jonas Sjoberg made a statement to the board, then sat down. (Sjoberg is not named in court documents, but was identified on video before he spoke to the board.)

Kahlbaugh rolled his chair directly in front of Sjoberg, the complaint stated. According to a third-party witness, Kahlbaugh appeared “visibly upset and made aggressive comments regarding (Sjoberg’s) statement,” the complaint alleged. “Words were exchanged” between the two parties, but no physical threats occurred at that time, according to the document.

Sjoberg later took a cell phone photograph of Kahlbaugh, stating “the purpose was to notify the school board that he believed (Kahlbaugh) intimidated and stopped people from speaking at the meeting,” according to the complaint.

Kahlbaugh’s wife approached Sjoberg and asked why he took a picture and told Sjoberg to delete it, the complaint alleges. Kahlbaugh rolled his chair over and allegedly grabbed the cell phone out of Sjoberg’s hand, according to the complaint.

Sjoberg tried to grab his cell phone back when Kahlbaugh grabbed Sjoberg’s shirt and rolled his chair backwards, “dragging (Sjoberg) partway across the room,” the complaint alleged.

Two other people separated the men and Sjoberg did not touch Kahlbaugh, according to the complaint. Sjoberg said his shirt was ripped with a button broken off and he may have a scratch on his chest from the altercation. The complaint alleged that Kahlbaugh threw Sjoberg’s cell phone on the ground.

Prosecuting Attorney Angella Erickson said Kahlbaugh’s first court date is scheduled for the morning of Nov. 15, 2021. “Our office is not allowed to comment on any pending litigation,” she said.

The assault charge description alleged that the defendant “committed an act with intent to cause fear in another of immediate bodily harm or death, or intentionally inflicted or attempted to inflict bodily harm upon another.” The disorderly conduct charge description states that “the defendant engaged brawling or fighting; disturbed an assembly or meeting ... or engaged in offensive obscene, abusive, boisterous or noisy conduct or in offensive, obscene, or abusive language tending reasonably to arouse anger, alarm or resentment in others ... or provoke an assault or breach of the peace.”