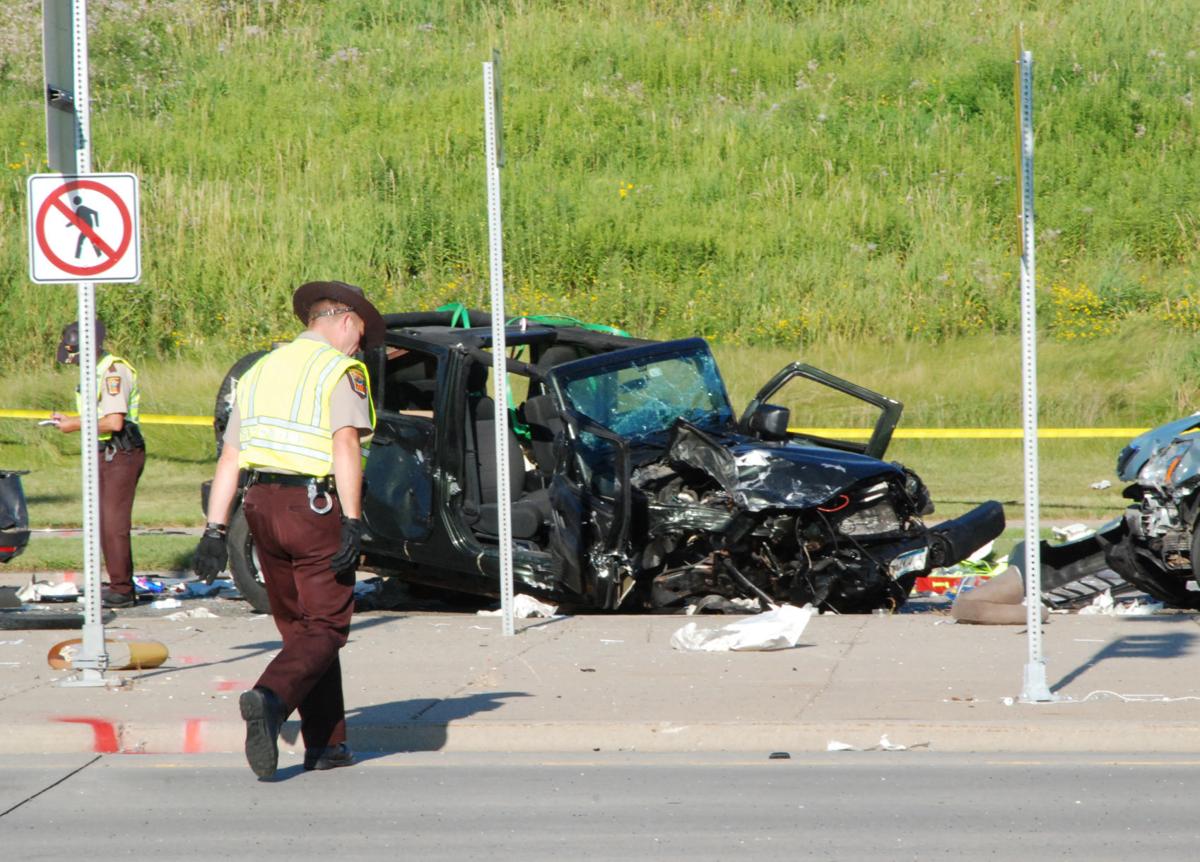 A Minnesota State trooper walks across Highway 41 to the scene of an accident. 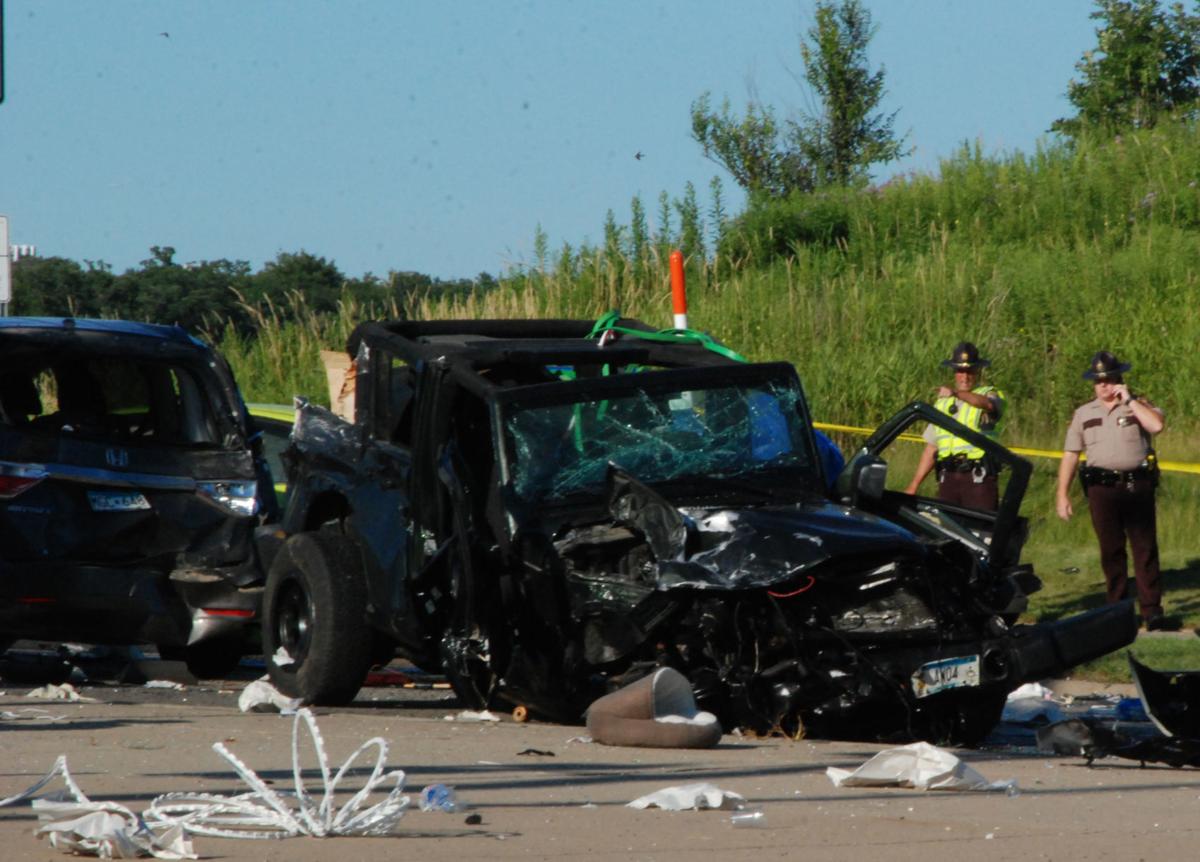 State troopers are on the scene during the Tuesday afternoon crash at highways 212 and 41.

A Minnesota State trooper walks across Highway 41 to the scene of an accident.

State troopers are on the scene during the Tuesday afternoon crash at highways 212 and 41.

A major multi-vehicle crash resulted in at least one fatality on Highway 41, at the Highway 212 intersection in Chaska.

The accident has closed the northbound Highway 41 lanes, at the Engler Boulevard intersection. Evening commuters should find alternative routes to Highway 41.

There are at least five vehicles involved in the accident, which happened at approximately 5:45 p.m. Tuesday, July 30.

The accident resulted in at least one fatality, according to Carver County Sheriff Jason Kamerud. One of the vehicles involved was covered with a blue tarp.

Updates will be posted.