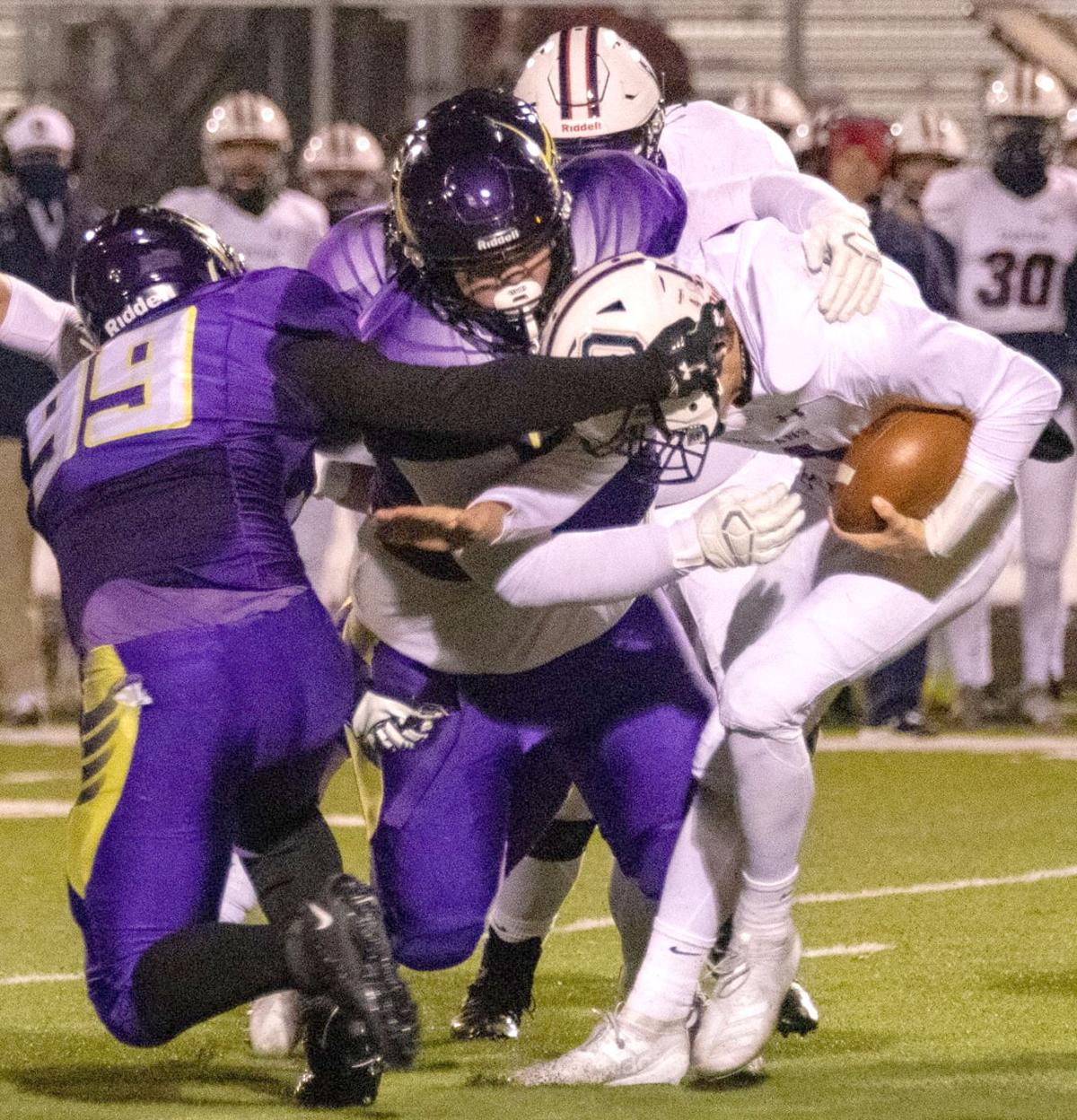 Chaska’s Cole Zwiefel and Yousif Hamza (99) combine for a line of scrimmage tackle in a home game against Orono last October. 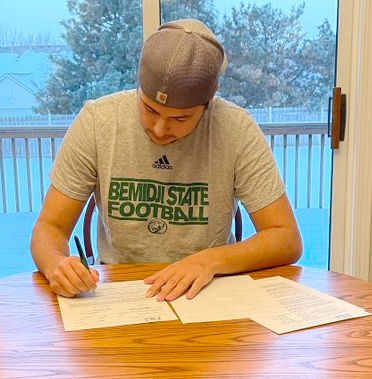 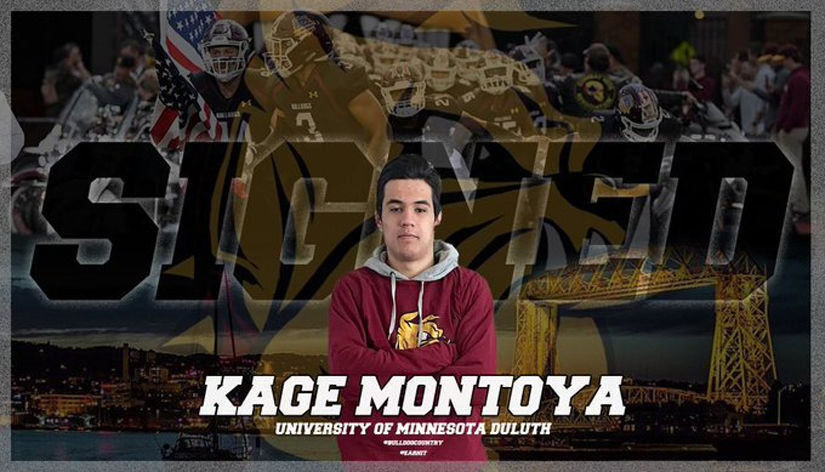 Signed! Kage Montoya of Chaska High School as a defensive back with Minnesota-Duluth. 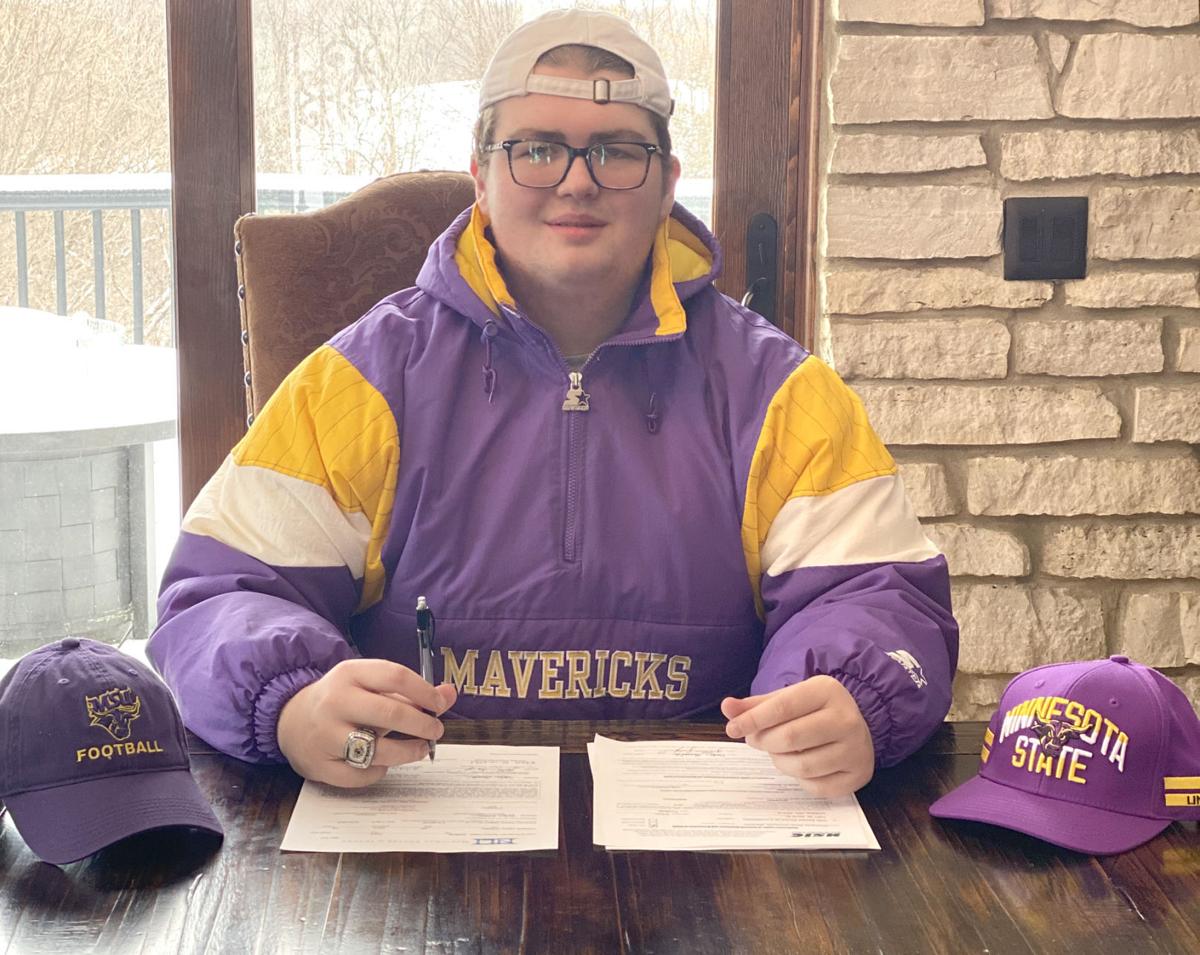 Chaska’s Cole Zwiefel, in a retro Mankato State University Mavericks Starter jacket — not to be confused with the ever-popular Coach Screaming Eagles version — signs his National Letter of Intent on Feb. 3. Also of note, check out that 2019 Minnesota State Football championship ring on his right hand.

Chaska’s Cole Zwiefel and Yousif Hamza (99) combine for a line of scrimmage tackle in a home game against Orono last October.

Signed! Kage Montoya of Chaska High School as a defensive back with Minnesota-Duluth.

Chaska’s Cole Zwiefel, in a retro Mankato State University Mavericks Starter jacket — not to be confused with the ever-popular Coach Screaming Eagles version — signs his National Letter of Intent on Feb. 3. Also of note, check out that 2019 Minnesota State Football championship ring on his right hand.

Cole Zwiefel watched from the bleachers as Chaska reeled off eight regular season wins, claiming the No. 1 spot in the rankings in 2017. He wanted to be just like that team.

On the sidelines for a 2019 state championship run, celebrating the program's first football title, Zwiefel knew with some hard work during the off-season, his time could come as a senior. He wanted to pick up right where the state championship team left off.

"My sophomore and junior year I didn’t get in most plays, but competing during practice against Minnesota’s finest I think helped me get tougher, both mentally and physically," said Zwiefel, a 325-pound, 6'3" nose tackle who will likely switch to offensive guard. "Going into my senior year after an amazing season at the state championship, me and my fellow seniors were ready to get to work in the off-season."

And while the 2020 season looked different, those two-a-day practices in August replaced with the first crunch of the pads in September, an eventual seven-game schedule in October and November, Zwiefel is grateful for his four years in the Chaska football program.

"My past four years playing for the Chaska Hawks were amazing and I could not have asked for better coaches and teammates," he said.

That hard work has also payed off in an opportunity to extend his football playing days. On Feb. 3, Zwiefel was one of 12 players to sign National Letters of Intent with the 2019 Division II national runner-up Minnesota State University-Mankato football program.

Of the 12 players, seven are interior linemen. "We found out the hard way in 2016 when we didn’t have the depth and the talent in the lines, and we weren’t very productive in the run game," MSU coach Todd Hoffner said to Chad Courrier of the Mankato Free Press. "You can move parts around on the perimeter, but you can’t move parts around in the interior. If that cupboard’s bare, the cupboard’s bare."

Hoffner called Zwiefel "the true definition of a road grader; what he's able to do in the trenches sets him apart!"

Zwiefel becomes the second defensive lineman from Chaska to sign with the Mavericks in two years. Max Lommel from the Class of 2020 did so last year.

The connections don't end though for Zwiefel. His father, Jeff, played defensive back at Mankato from 1981-1984.

"Growing up and hearing all the stories from my dad playing at Mankato definitely put it on my map of a college I wanted to attend as a kid. A lot of influential people in my life have also attended the university and with great history and winning tradition, coaches, and fantastic facilities, it made it a no-brainer for me," Zwiefel said.

"I really enjoyed working out with my teammates after school which was unfortunately put to an end after COVID hit in March. I don’t think myself or any of my teammates were worried about it affecting our summer camp and season, but obviously it hindered our time together immensely. It made me think about the 95 degree summer days in camp, and how I hated being there. Looking back, I miss those days," Zwiefel said. "So going forward, it will make me more grateful for opportunities like this and appreciate the time I have to work in the off-season."

Other area football players to sign letters of intent Feb. 3 were:

Additionally, former Holy Family Catholic hockey player Alex Pellicci signed her National Letter of Intent with Harvard. Pellicci was a standout goaltender for the Fire, first with the girls team, and was the back-up for the boys team in 2019-20.

Pellicci chose to return to her home association of Prior Lake for her senior year where she has posted a 93.6 save percentage and 2.32 goals against average.