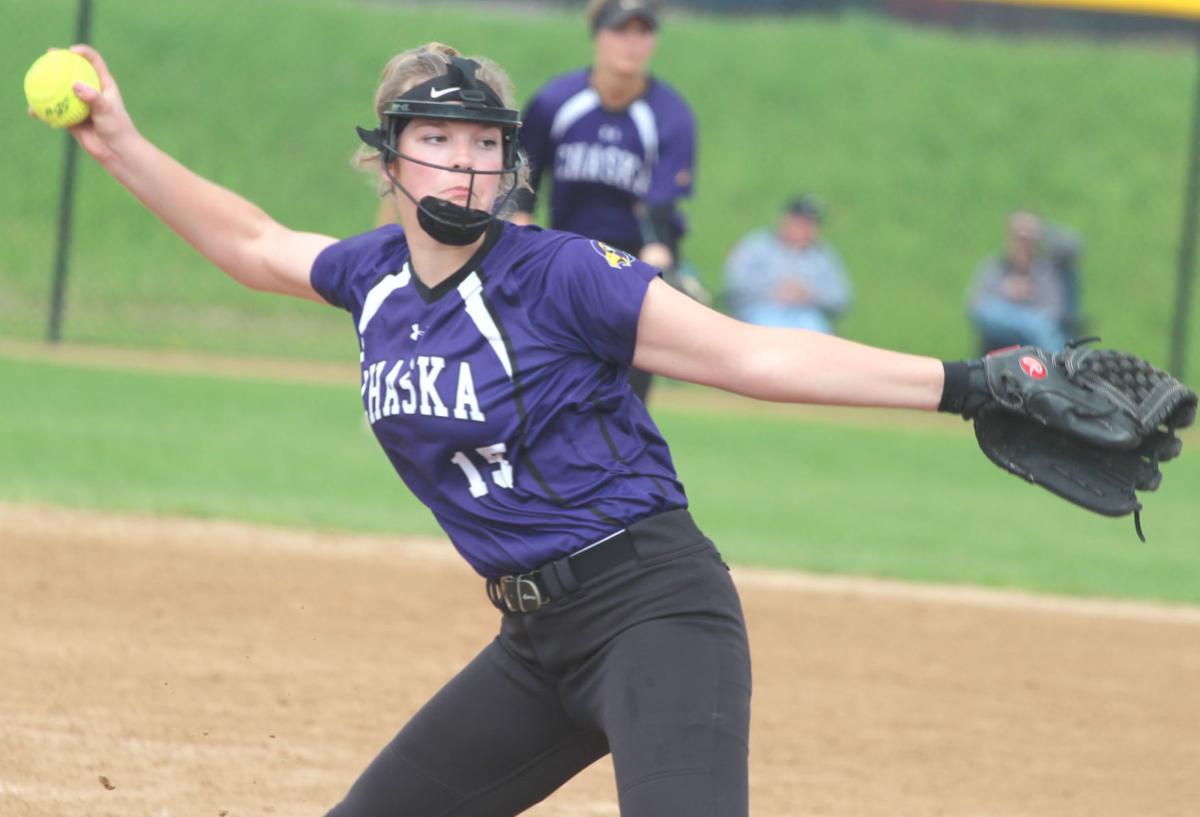 Chaska pitcher Megan Senden delivers a pitch in a 2019 playoff game against Eden Prairie. Senden would have been the Hawks top arm as a senior in 2020. 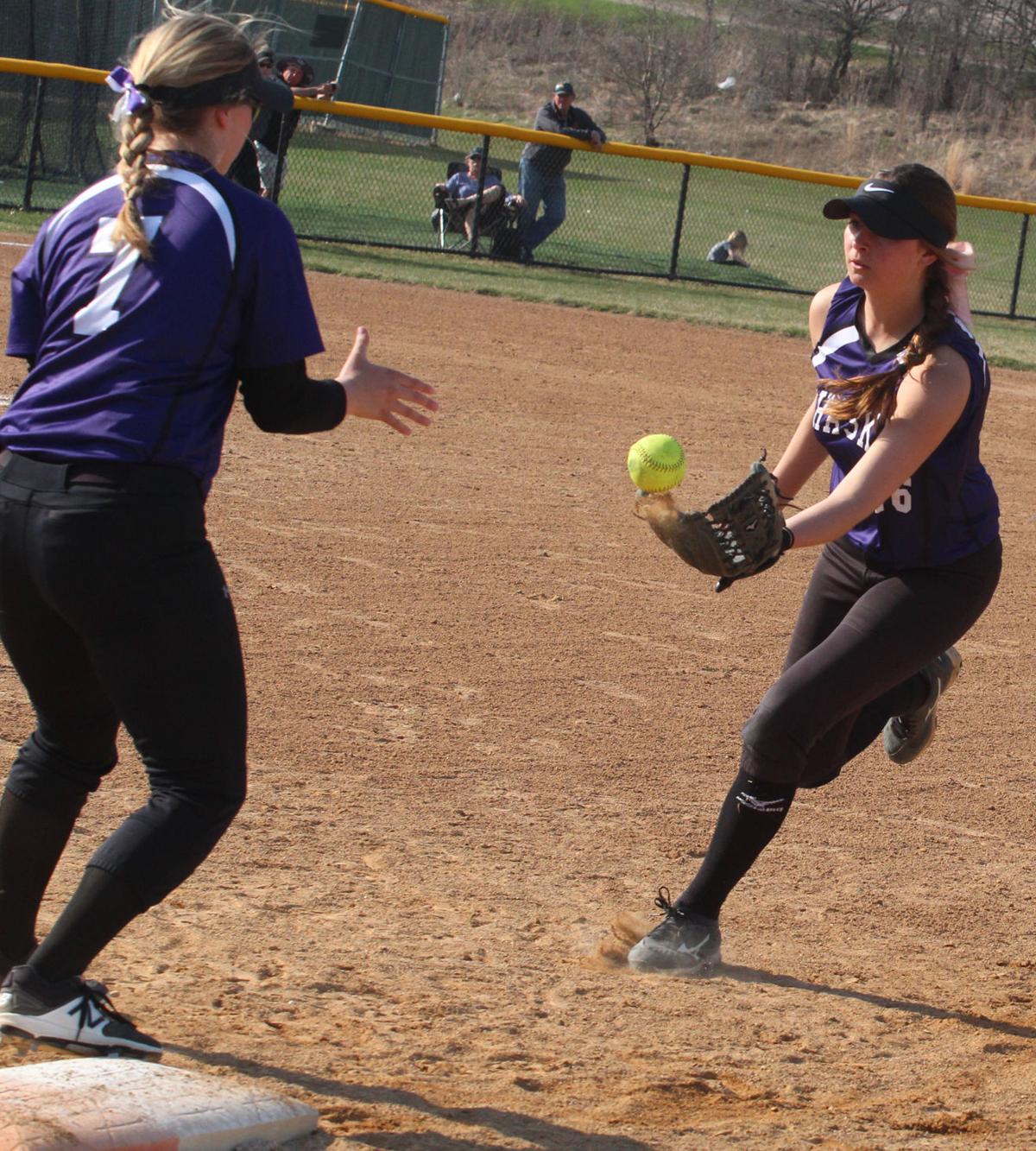 Chaska second baseman Lindsey Moore flips the ball with her glove for a putout to first baseman Jessica Wolfer against Chanhassen April 30, 2018.

Chaska pitcher Megan Senden delivers a pitch in a 2019 playoff game against Eden Prairie. Senden would have been the Hawks top arm as a senior in 2020.

Chaska second baseman Lindsey Moore flips the ball with her glove for a putout to first baseman Jessica Wolfer against Chanhassen April 30, 2018.

Megan Senden was loading up the car, ready to head to the cabin on May 21. A day that would have been the second round of play in the section tournament for Chaska Softball.

Asked what she missed the most from not having her senior spring season, it was the little moments in between games. In between practices.

"I think it was going to be the memories we were going to make. We really got up to play Chanhassen, Eden Prairie, Shakopee, and those were fun, but a single play, the final score, doesn't compare to the memories made with your team," Senden said.

That's why the co-captain for the Hawks shared a message to returning players in the Chaska program.

"Make the best connection possible with your teammates. Those friendships are the ones that last longer than the games on the field," Senden said. Memorial Day weekend, ironically, included a pair of underclassmen teammates.

Lindsey Moore, a standout at the plate and in the field for Chaska for the last four seasons, longed for one more season in the Hawks jersey. It was going to be her last hurrah on the softball diamond.

The cancellation of spring sports in Minnesota was tough to hear not only for her, but also her family that has supported her all of these years.

"It feels kind of weird. I feel like a senior, but I kind of don't. That closure you would expect to feel, all of the things that go on late in your senior year, it's been weird to end this chapter of my life like this," Moore said.

"Obviously we were all sad," Senden said. "We had high expectations for our team this season. What helped though, was knowing that it isn't just Chaska, it's not just Minnesota, where sports were lost. A lot of people are going through tough times and we have to realize we are not allow in this."

Though it meant the winter dome ball experience was Senden's last softball games. She thought about playing four more years at the College of St. Benedict near St. Cloud, but decided her body couldn't take it. Back issues forced her into cortisone shots and physical therapy to be able to compete in recent seasons.

"I've been playing softball for 13 years I think. I first started in T-Ball with my brother (John) and I was the only girl. It was definitely interesting," Senden said.

Senden, who started pitching in 10U, often times practicing her mechanics and pitches in her backyard with her dad, saw her older sister, Sarah, play for Chaska and she wanted to be like her.

"Starting in the high school program when I was in middle school, I knew all of the coaches from watching Sarah play. It definitely made it easier as I got older, being familiar with everyone," Senden said.

It was finding that balance between softball and life that led Moore to decide against playing sports in college.

"I think for me, I had other interests. I could never see myself getting up for 6 a.m. lifts. I loved every single second of playing with my club team (Midwest Speed), but it made me realize I wanted to dictate my own life when I get to college. To be the best, like the Speed, you have to train that much, and I didn't feel it would be fair to any team if I wasn't 100 percent all in. I don't regret it one bit," she said.

Instead, she will focus on her studies at the University of Minnesota where she is deciding on Fine Arts or Graphic Design with a minor in Eastern Asian Studies. Moore have been taking Japanese classes for two years at Normandale College.

"What I'll miss the most are the goofing off times. All of the inside jokes," Moore said. "My advice? Try and have fun with it. You need to be disciplined with yourself, but it's important to have that balance."

The Chaska High School softball coaching staff and players were really disappointed in the season being cancelled," Hawks head coach Gary Meister said. "The players worked hard in the off-season and were coming off a very strong Eden Prairie Dome winter season. The first week of high school practice went well and the anticipation for the upcoming season was at a high level."

Hannah Ekstrum: One of the hardest working players and friendly to all players. Very coachable and worked to get better each day. Quiet and leads by example. She is positive and always has a smile. Excellent speed out of the batter’s box. Hannah was scheduled to play in the outfield for us this spring. Hannah will be attending the University of Wisconsin–La Crosse majoring in Nuclear Medicine Technology.

Maria Johnson: Transferred to Chaska as a junior and was an immediate fit into our program. Has strong catcher skills and has a high game IQ. Very coachable and a quiet leader. Maria was scheduled to play in the infield on the right side and also some time in the outfield. She always did what was asked of her. Maria will be attending the University of North Dakota majoring in Exercise Science.

Lindsey Moore: One of our captains and a player that all of the athletes admire. A truly skilled player as a middle infielder. A consistent hitter and was always toward the top of the hitting line-up. A power hitter the past few years. Lindsey was on varsity since she was in eighth grade. Lindsey will be attending the University of Minnesota and majoring in Art.

Megan Senden: One of our captains, a true leader off and on the field. She is loved my the underclassman and loves the game. Megan was slotted to be our No. 1 pitcher this spring and was working hard to make that happen. She worked extremely hard at her pitching and also at improving her hitting. A very positive person and well liked by all. Megan will be attending Iowa State University majoring in Biology.

Courtney Stubbe: A very versatile player, she can play in the outfield, infield, and at the catcher position. Has improved greatly over the past few years and that can be seen in her present skill level. She always accepts feedback, is coachable, and loves to play the game. Courtney will be attending Normandale Community College and majoring in Nursing.

Shanna Sutherland: Middle infield positions are her favorite. A strong willed player. A calming presence on the field and has worked hard to develop fast hands and a strong swing. Naturally athletic and fast and was always ready for a challenge. Shanna will be attending Northwestern Health Sciences University for Radiology Technology.

"First, these seniors will be missed greatly for their leadership on and off the field. Secondly, they will be missed for the skills playing the great game of girls fastpitch softball. We are all bummed about our season being cancelled, but wish these seniors the best in the future," Meister said.