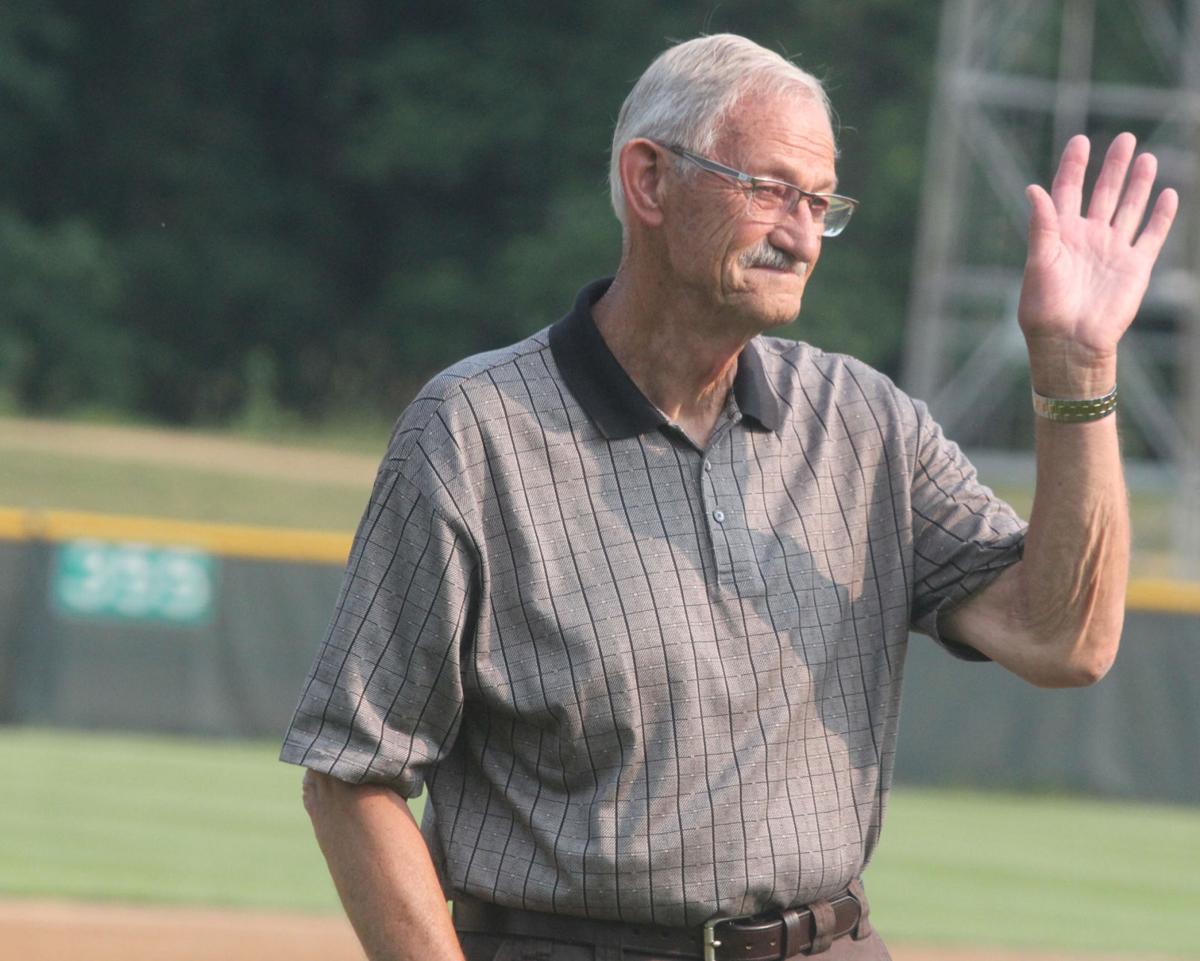 John Seifert, longtime Chaska Cubs manager, was introduced to the crowd on July 11 by son, Ryan. Seifert was recently informed of his election into the 2021 Minnesota Amateur Baseball Hall of Fame. 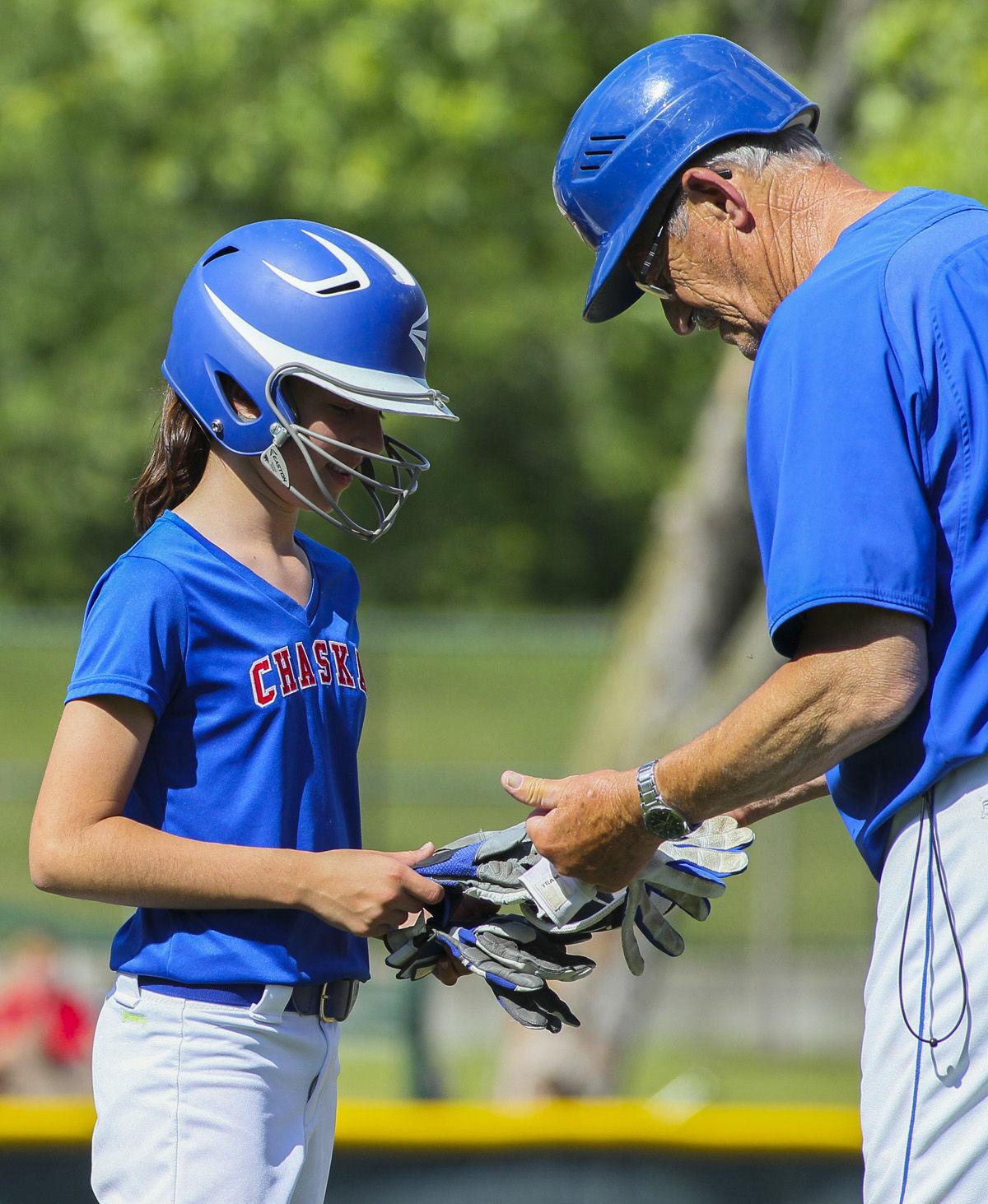 John Seifert, longtime Chaska Cubs manager, was introduced to the crowd on July 11 by son, Ryan. Seifert was recently informed of his election into the 2021 Minnesota Amateur Baseball Hall of Fame.

Walking along the Minnesota River trail, a casual glance at Athletic Park on the west end of downtown Chaska might find a gentleman on a riding lawnmower, cutting the outfield grass at the ballpark.

A can of pop in the drink holder, the sun shining from up above, John Seifert is home at a baseball diamond where he managed town team baseball for the Chaska Cubs from 1994 to 2013, remaining on the bench as an assistant for a few more years as well.

Athletic Park is like part of the family for the Seiferts. On Sunday, in front of one of the largest crowds of the summer, Ryan, John's son, announced to that family that his dad was recently named to the Minnesota Amateur Baseball Hall of Fame for 2021.

Fans, former players, well wishers, stopped by to congratulate Seifert as he sat in the home side grandstand for nine innings of baseball between Chaska and the Chanhassen Red Birds.

STAYING ACTIVE AT THE PARK

John Seifert is hard to miss. Six and a half feet tall, his trademark mustache. In this baseball giant is a huge heart.

He had a hug during an alumni celebration July 11 for former Chaska Cubs bat girl Sammy Klepperich. He talked proudly about grandson Owen and his Minnetonka Millers baseball team winning a championship at the Wisconsin Dells earlier in the day.

That heart was on display during a recent lunch with son Ryan and wife, Susan.

"He was pretty emotional. I'm glad we told him away from the ball park. It was awesome to see. I know this honor means a lot to our family and so many others," Ryan Seifert said.

"I was out cutting the grass at Ryan's and he called me inside, told me let's do lunch. I get inside and I see Susan and I'm wondering why she's there, and that's when they told me I was nominated for the hall of fame. I was pretty emotional for sure," John Seifert said.

John Seifert was a multi-sport star growing up. He was stationed in Germany during the Vietnam War. Luckily, he spent more time on the basketball court and baseball field than the jungle.

Seifert played two years of minor league baseball at the Single A level in Daytona Beach and Raleigh-Durham, finishing with an 8-5 record and an ERA of 3.00.

Pitching was passed down in the family.

Ryan, who pitched at Iowa State University, was drafted in the 12th round by the Colorado Rockies in 1997. He spent six years in the organization, ranging from Rookie ball to Triple-A in Colorado Springs before returning home to Chaska.

He played with the Cubs for many years, hanging up the spikes in 2016.

"It was fun. I have a lot of great memories with him on this field. I remember fondly when he was drafted by Shakopee in 2009 and won the state championship. He was named the MVP of the tournament," John said.

"When I retired at 41 years old, I remember saying something like not a lot of guys get the opportunity to play as long as I did, and even fewer get to play their final years with their dad as the manager. It made the game fun again for me, playing for him, playing with guys I grew up with, and then playing even longer because of the guys coming up were so awesome. When you play professionally, it's a job. When things aren't going well, the bullpen is a lonely place. So being back here, playing for my dad, being around the guys, it made it fun again," Ryan Seifert said.

John stays active at the ball park, cutting the grass before every game. He figures the count has passed 50 times for the 2021 baseball season already.

"The guys like the lines so I make sure the grass looks good for them. I get a nice sun tan, drink a can of pop. Ninety minutes or so and it's done," Seifert said.

Seifert asked one of his former players one time, Josh Korth, what do you miss most about the game? His response? "The dugout." Same thing for the former manager. It's where memories for a lifetime took place.