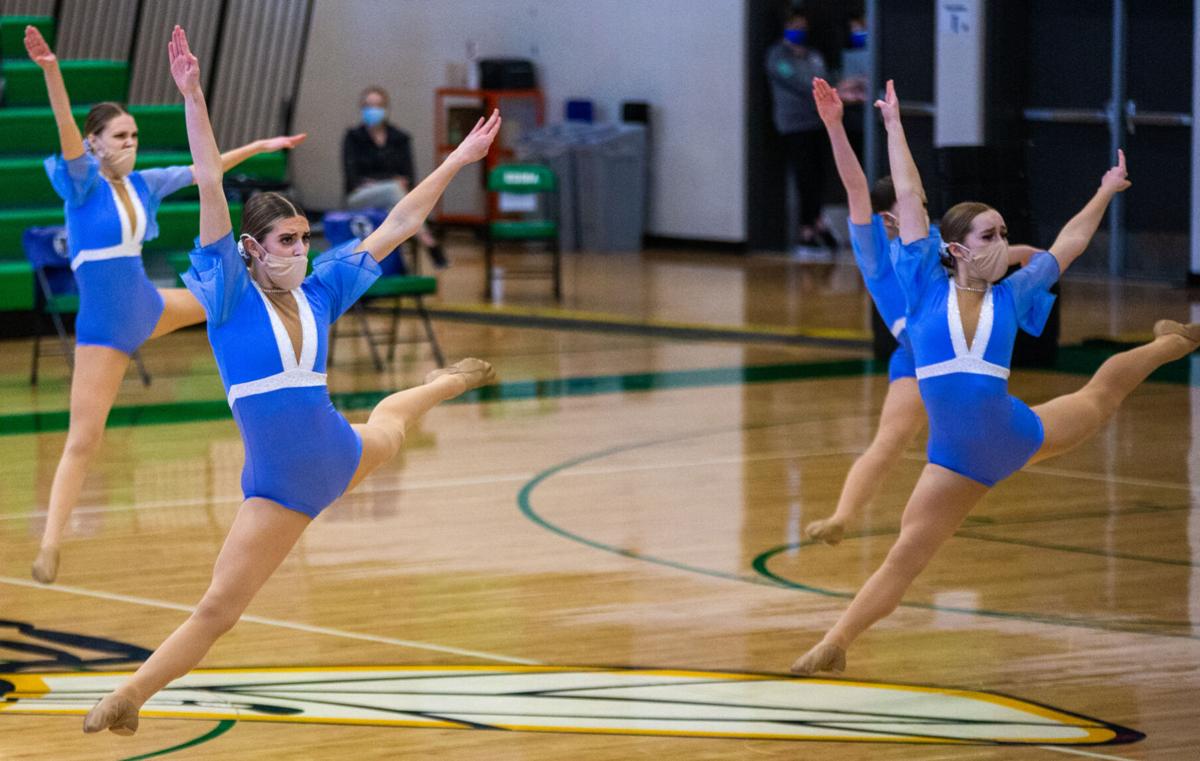 Holy Family Catholic was third in Class A in jazz/funk on March 12, claiming consecutive state medals between 2020 and 2021. Leaping in the front row are Olivia Sadowski and Elle Bernaski. 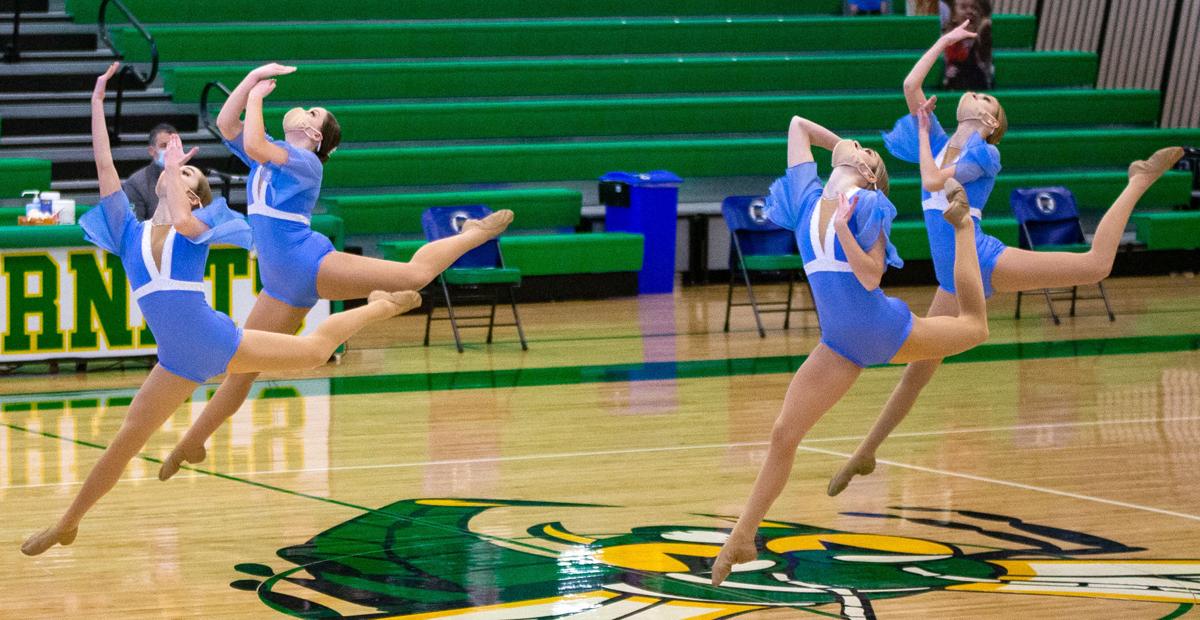 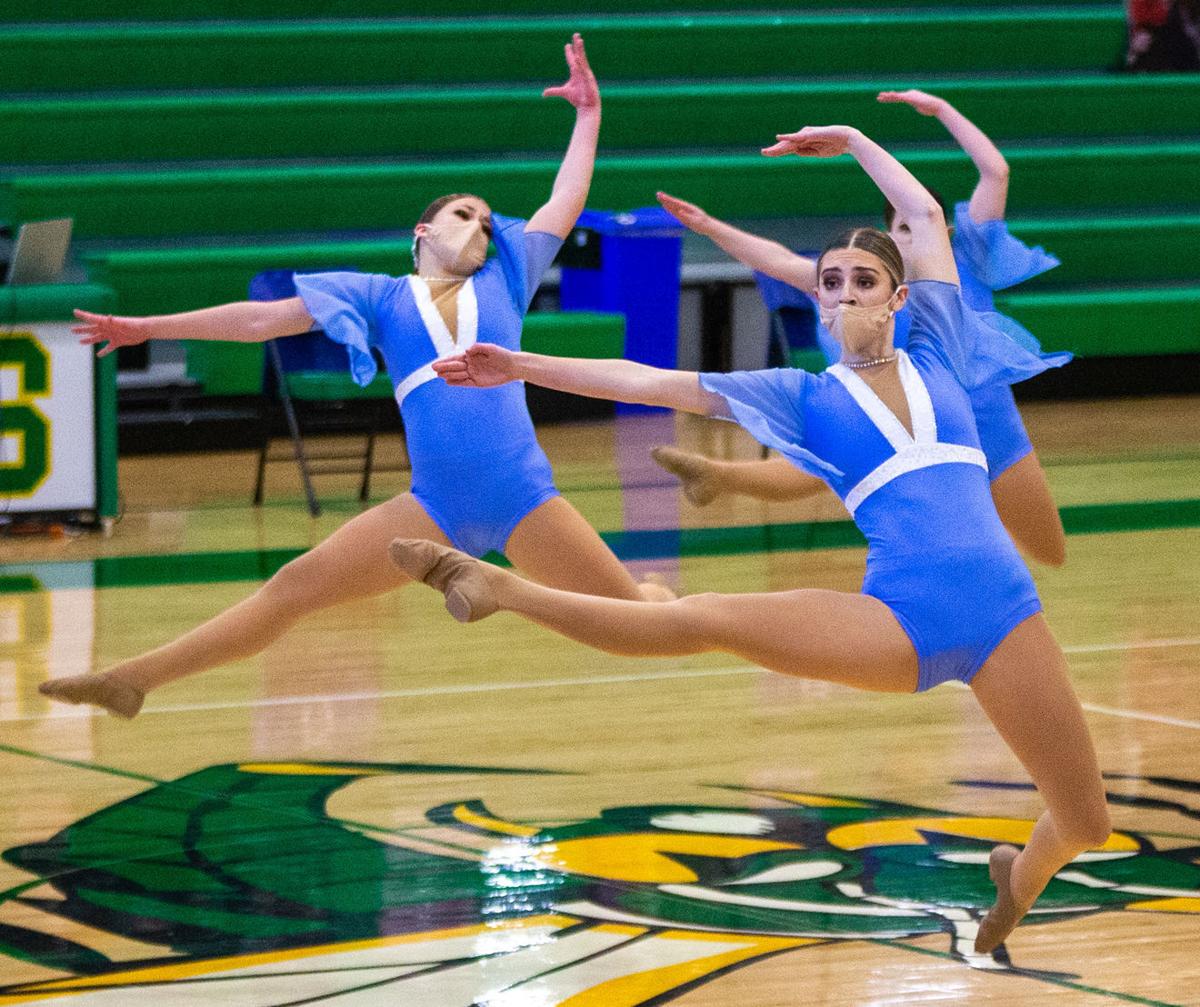 Holy Family Catholic was third in Class A in jazz/funk on March 12, claiming consecutive state medals between 2020 and 2021. Shown from left, Olivia Sadowski and Abbey Hope. 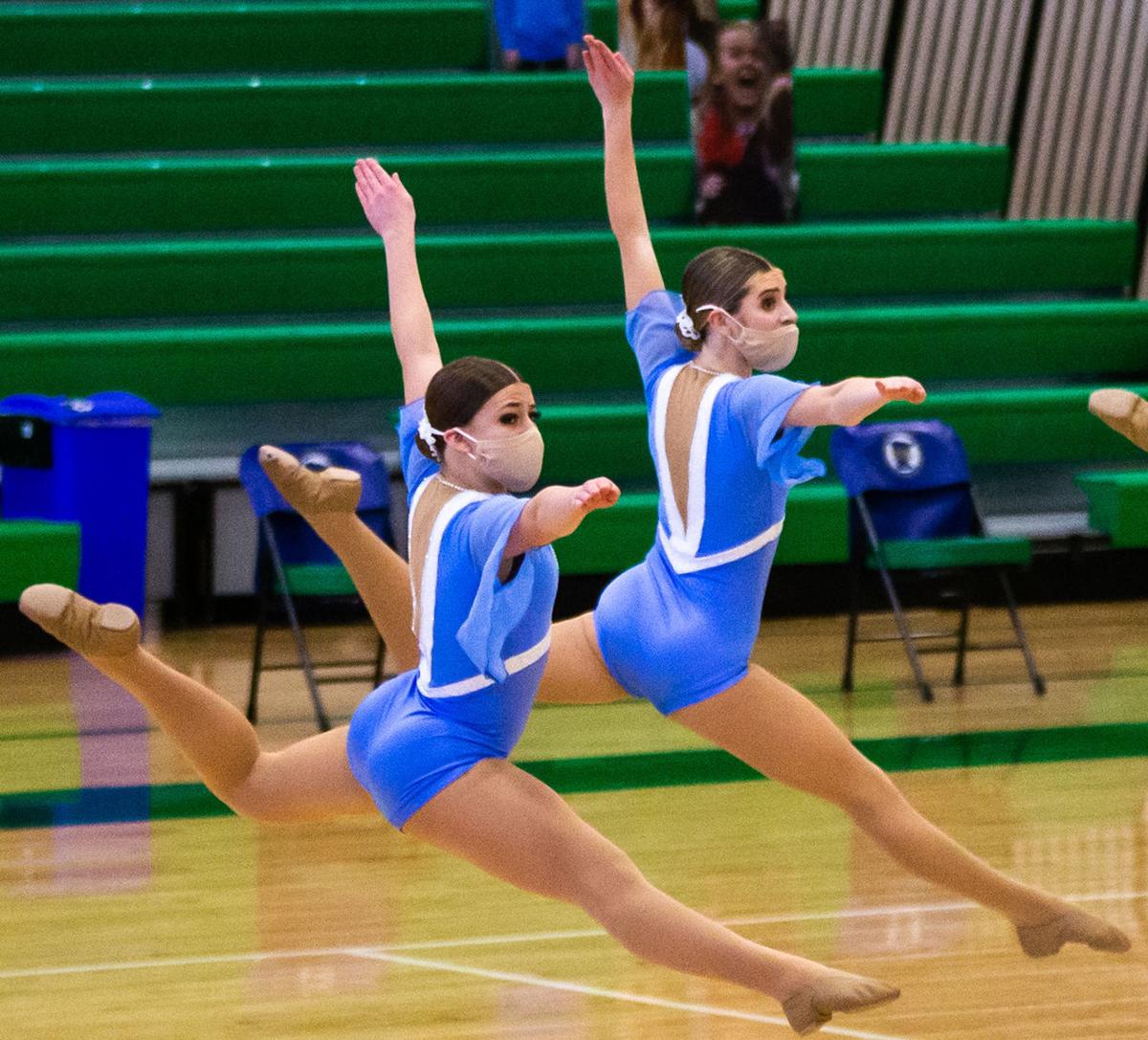 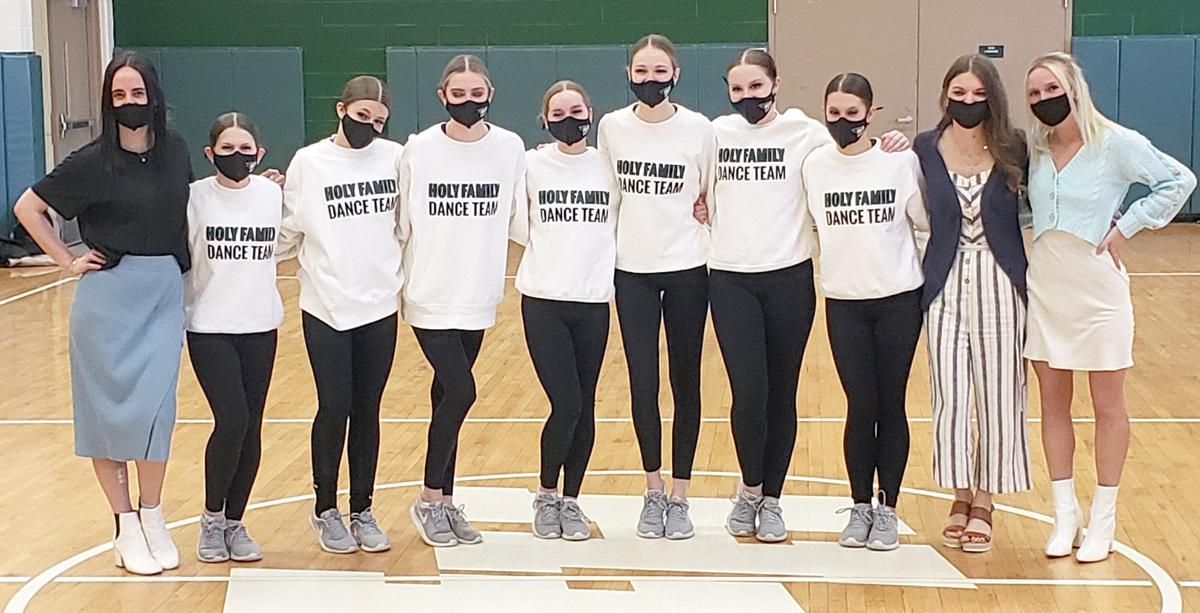 The seven members and three coaches of the Holy Family Catholic jazz/funk dance team, a third-place finisher in Class A on March 12 in Edina.

Holy Family Catholic was third in Class A in jazz/funk on March 12, claiming consecutive state medals between 2020 and 2021. Leaping in the front row are Olivia Sadowski and Elle Bernaski.

Holy Family Catholic was third in Class A in jazz/funk on March 12, claiming consecutive state medals between 2020 and 2021. Shown from left, Olivia Sadowski and Abbey Hope.

The seven members and three coaches of the Holy Family Catholic jazz/funk dance team, a third-place finisher in Class A on March 12 in Edina.

With COVID cancelling an in-person awards ceremony, some teams listened to a webcast from the parking lot. Others from hotel rooms. For the Fire, they were among family.

The top six teams announced, versus the usual three, Dilworth-Glyndon-Felton placed sixth. A bit of relief in the air. Then the bomb was dropped.

"We have a three-way tie for third place."

Nervousness began to set in. A sense of disbelief had fallen over the gym.

Frazee was called next. Zumbrota-Mazeppa was next. And winning the tie-breaker was Holy Family Catholic, a third-place finish in Class A. A second consecutive state medal in jazz for the Fire.

For Elle Bernaski, senior team leader, being in the school calmed her down as the medalists were named.

"I feel like I would have been more nervous in person. It feels a lot different being in your own gym space. I wasn't too nervous because I was confident in how we danced and knowing what we can do. I think we ended our season with a really good performance," she said.

Holy Family Catholic, second in Class A jazz in 2020, had high expectations this season. They followed through with a Wright County Conference West Division sweep of kick and jazz. They were Section 2A jazz champions and kick runners-up.

Add in a fifth-place score in high kick on March 13, a program-best finish, and the weekend at state, while different, was successful.

"This team is super close. We spend multiple hours every day together between dance team and school. You really get to know one another and you start to form relationships where you know you can rely on each other, you can trust them on and off the dance floor," Covington said. "It's a different kind of friendship than you can make in any part of your school life."

Junior team leader Rachel Thurk said state felt like state to her despite a move from the Target Center venue to Edina High School. As soon as the team competed, they were ushered out the door, unable to stay for any of the competition.

Unlike previous years, each team was allowed just one championship dance instead of preliminaries and six of 12 teams making the finals.

"I told the girls it felt weird not packing a suitcase this year. I did miss staying in a hotel, hanging out on the floor, but it didn't feel like we were missing our crowd. It was still loud in there," Thurk said.

By the time awards were announced, Holy Family Catholic had watched replays of all 12 teams compete, including themselves. Bernaski said after watching the routine a second time she was much less critical and felt the team was going to place in the top three.

Asked about the kick competition in advance, Bernaski called it a "bittersweet moment."

"I'm really excited to compete one last time with my team and give it my all," she said.

And once again, the Fire did, and in the coming weeks they'll have medals and a state third-place plaque to show for it.